ONLY a handful of people can claim to have taken on every Drag Challenge marathon since its inception in 2014, but Nathan Ghosn is one of them. Despite battling issues all week, Nathan used all of that past experience to pull out a third-place finish in this year’s Pacemaker Radial Aspirated rankings. Running in tandem with class winner Alon Vella, Nathan has always been a top performer in the Radial Aspirated class at DC, but unlike his compatriot, Nathan’s run at DC 2018 was not so smooth, with a suspected blown head gasket in his Capri’s 370ci Ford donk. To add to the dramas, they also had to deal with electrical gremlins, gearbox cooling-line dramas, minor overheating (as expected) and even a cracked windscreen as they pushed their way through the week.

The head gasket issue meant the boys didn’t quite have the pace of previous years, as Nathan admitted mid-week: “We’re probably around three-tenths off our normal pace because of it, so we’re just going to keep going and see what happens.” What happened was pretty impressive given the circumstances: third place in Pacemaker Radial Aspirated, with the car’s quickest run of the week being a 9.80@137mph at Calder on Day Five. The Capri still punched out consistent low 10s at the start of the week, before moving into the high nines on Thursday and Friday (with a 6.29@109mph on the eighth-mile at Mildura on Wednesday).

Running on the skinnier 235 tyre with a leaf spring rear was always going to make it more of a challenge for the DC veteran, but with the addition of a 235-tyre class for next year’s Drag Challenge, the Capri should be in the box seat for a podium spot should Nathan choose to switch classes next year. 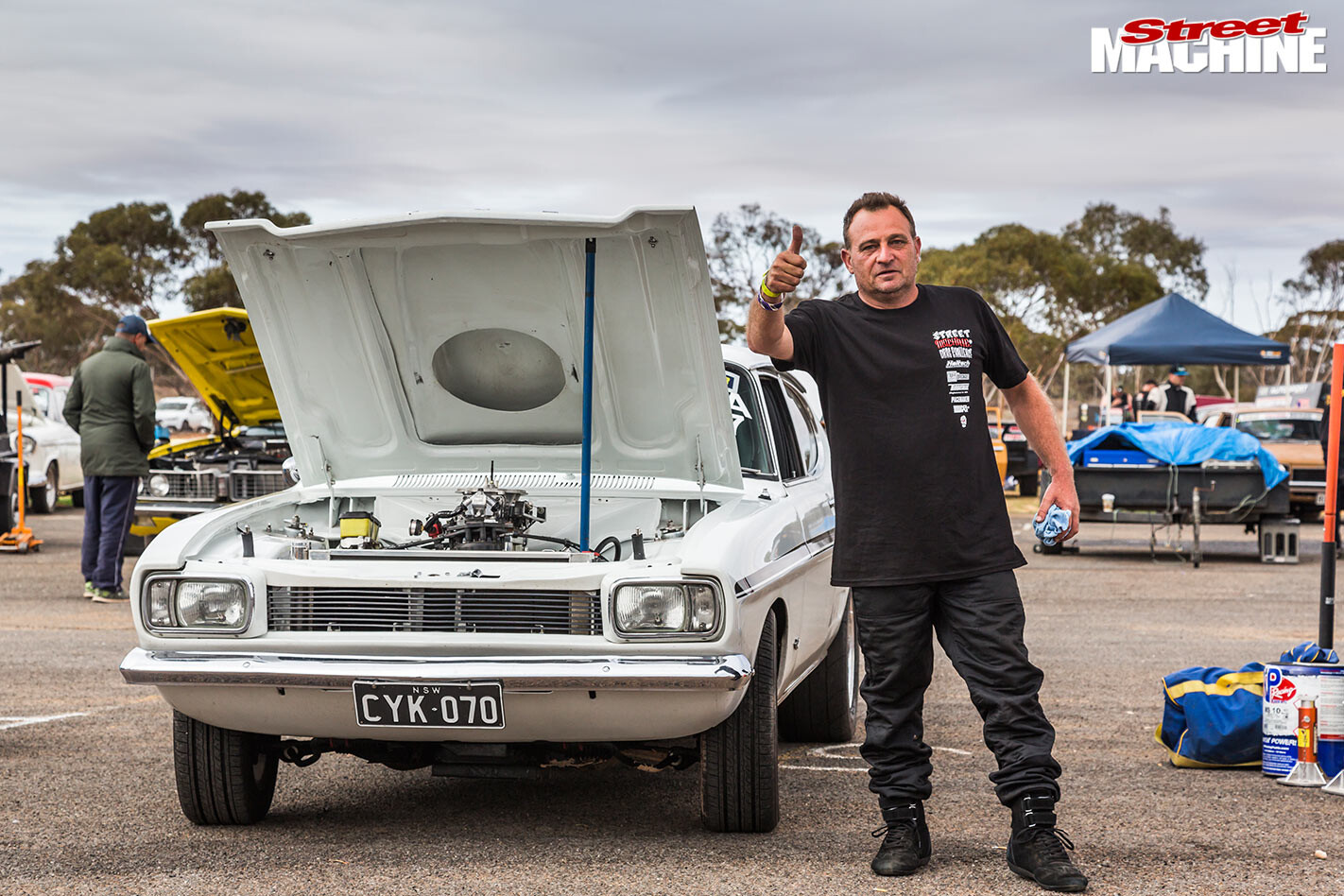