GRANT Grech’s LS2-powered LX Torana hatchback definitely has sleeper vibes with the kiddie seat in the back, and he laid down every pass at Drag Challenge with the pew still firmly attached. Strapped in that chair for the highway stints was Grant’s five-year-old son, Liam. “Liam had a stroke just before Drag Challenge last year,” Grant explained. “So I said to him that once he was better we’d do Drag Challenge together.” Liam not only recovered superbly from his stroke, he now also helps Grant to do the wheel nuts and jack up the car. “It’s really good for his motor skills, plus he loves cars – he won’t go to sleep if I’m out in the shed!” Grant said.

Thankfully the Torry is relatively well-mannered to be able to handle the five-day stint as a family truckster-cum-race car. The six-litre has copped a bit of head deburring along with a mild cam, and it’s backed by a T56 six-speed manual and a nine-inch with a Truetrac and 4.33s. 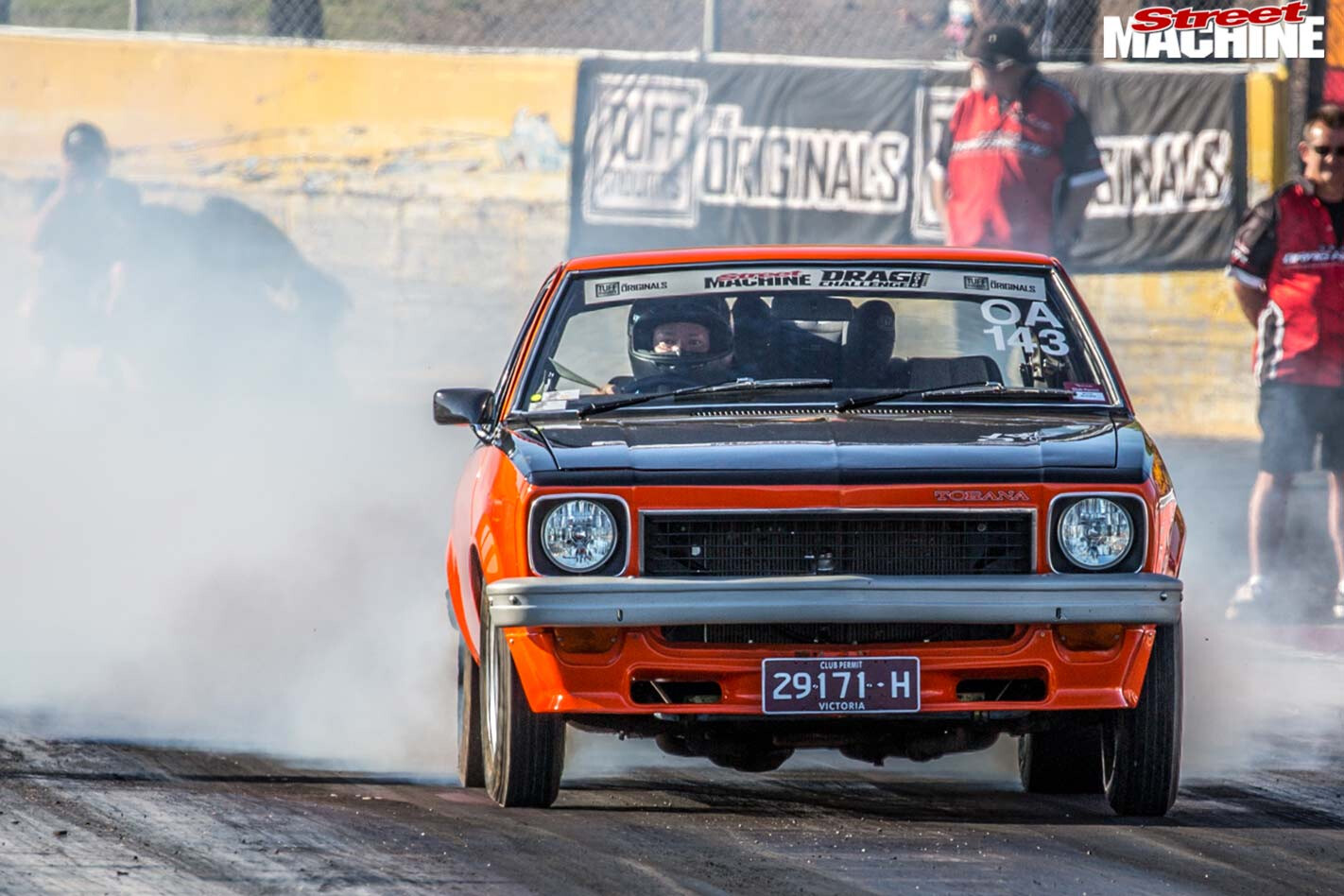 Stick-shifts are a rare sight on Street Machine Drag Challenge, so why did Grant add his? “Why not?” he replied. “I built it for an event that only ran once so I never got to take the Torana on it; it was five days of driving through different towns and doing motorkhanas and go-to-whoas along the way. Now it’s a good fun street car, though I want to change the front springs and do hillclimbs next.” 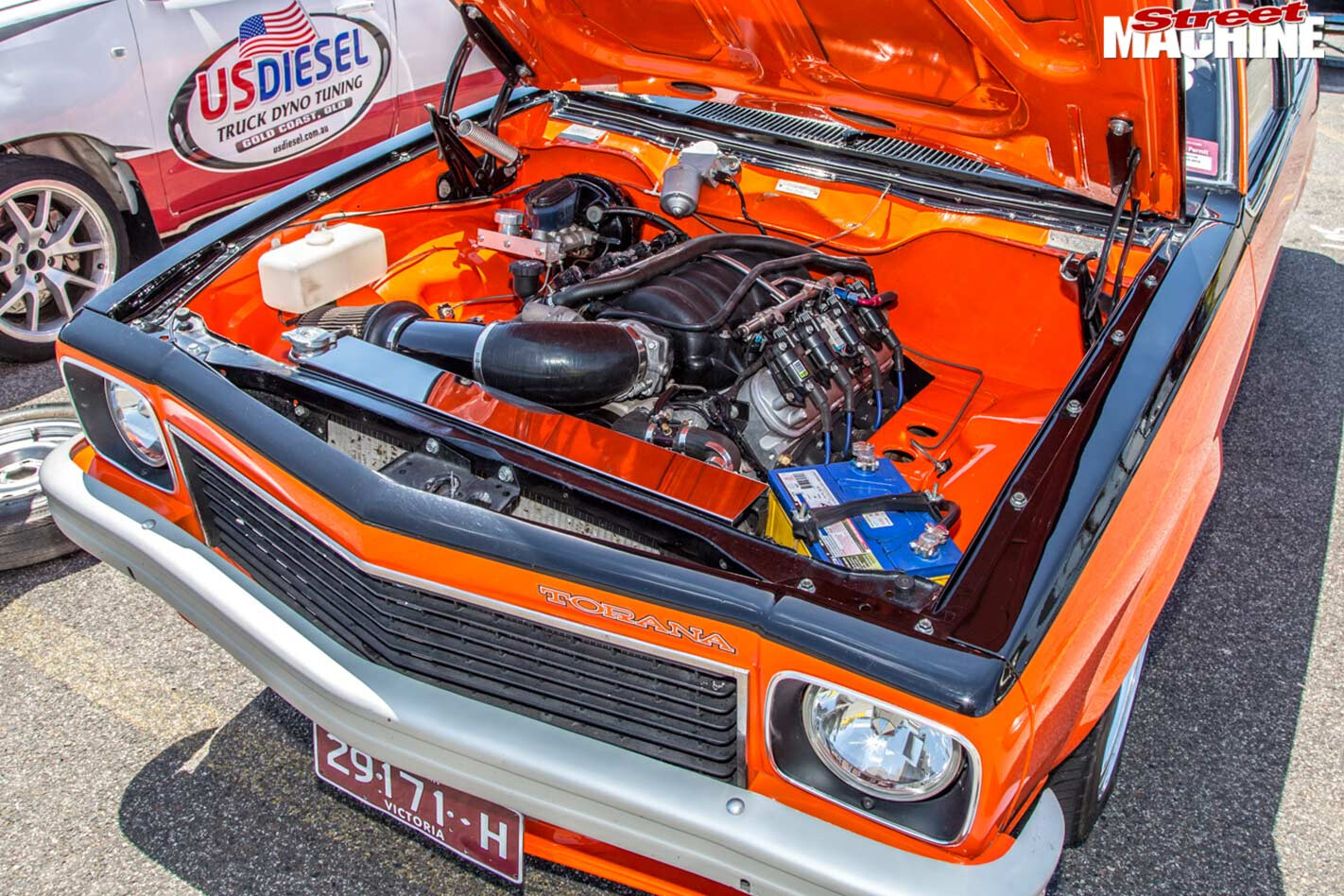 Grant broke the clutch master cylinder at the end of the quarter in Swan Hill on Day Two of Drag Challenge. He managed to locate a new one in Mildura, so he had a local work some bush-mechanic wizardry to get him up the road and to the shop, five minutes before closing! With the Torry back up to scratch for Day Three at Mildura’s eighth-mile, he pumped out a 7.6@88mph (11.8sec quarter-mile) before banging out his Drag Challenge PB of 11.69@114mph back at Swan Hill the following day.

Aside from running a few 12s, Grant pretty much fulfilled his Drag Challenge 2018 plan: “I just wanted to run 11s every track, have fun with Liam and just make it to the end.”