TOYOTA Lexcen at Street Machine Drag Challenge? What the – ? Don’t laugh, because Chris Veleski’s Lexcen is a total weapon. Running a 2JZ engine with a giant turbo pumping over 50psi, it makes 1150rwhp and has gone 8.1@170mph. Yep, this ain’t your grandparents’ Toyota. 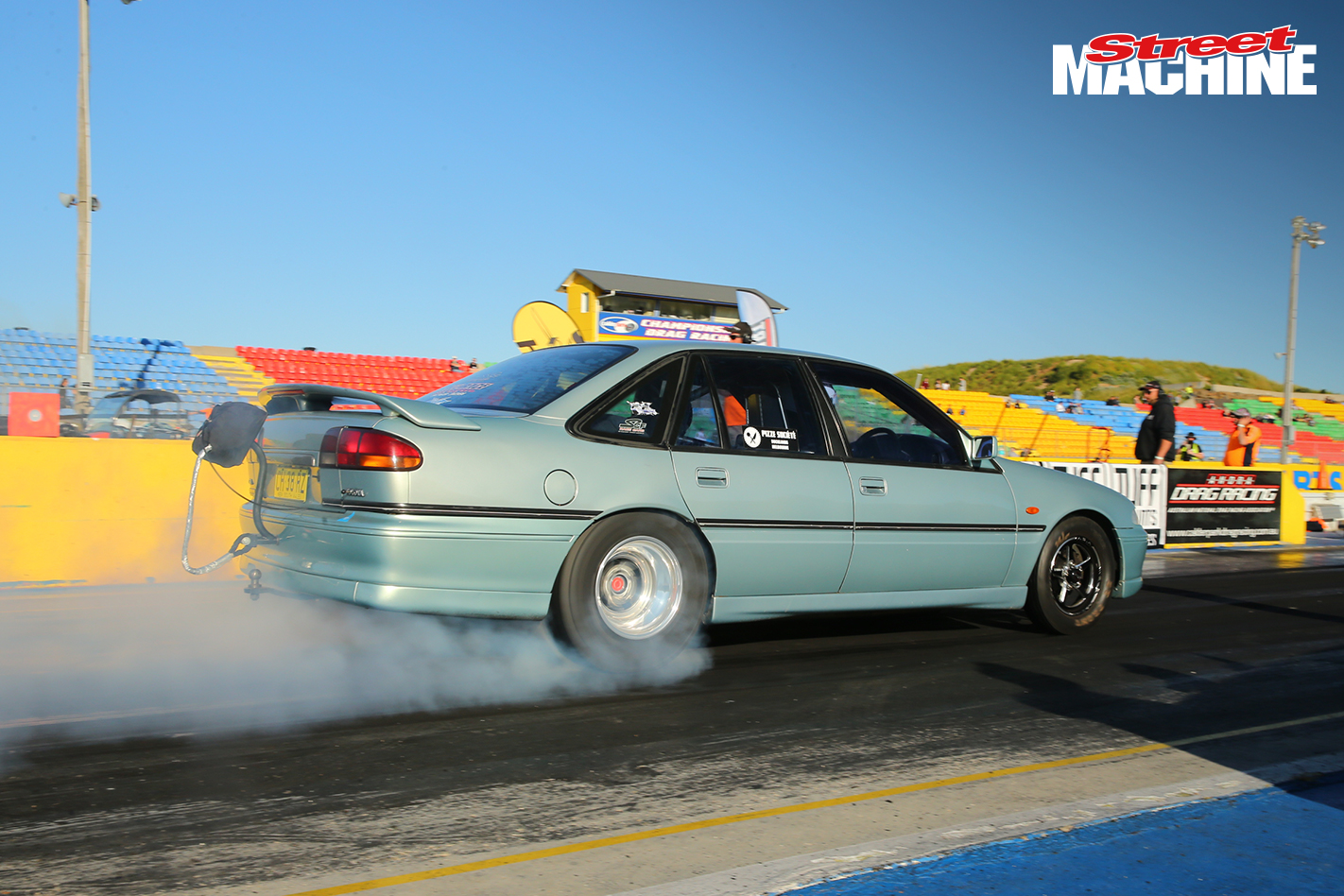 So how does a 3.0-litre six survive the torture of 50psi? “Honestly, the motor is pretty close to standard,” Chris said. “It has forged internals and obviously the big turbo, but it’s a standard crank, close-to-standard head, and standard intake manifold.” The rest of the combo includes a transbraked Powerglide and a sheet-metal nine-inch diff with a Strange centre. Engine management is by a Haltech Platinum Sport computer. 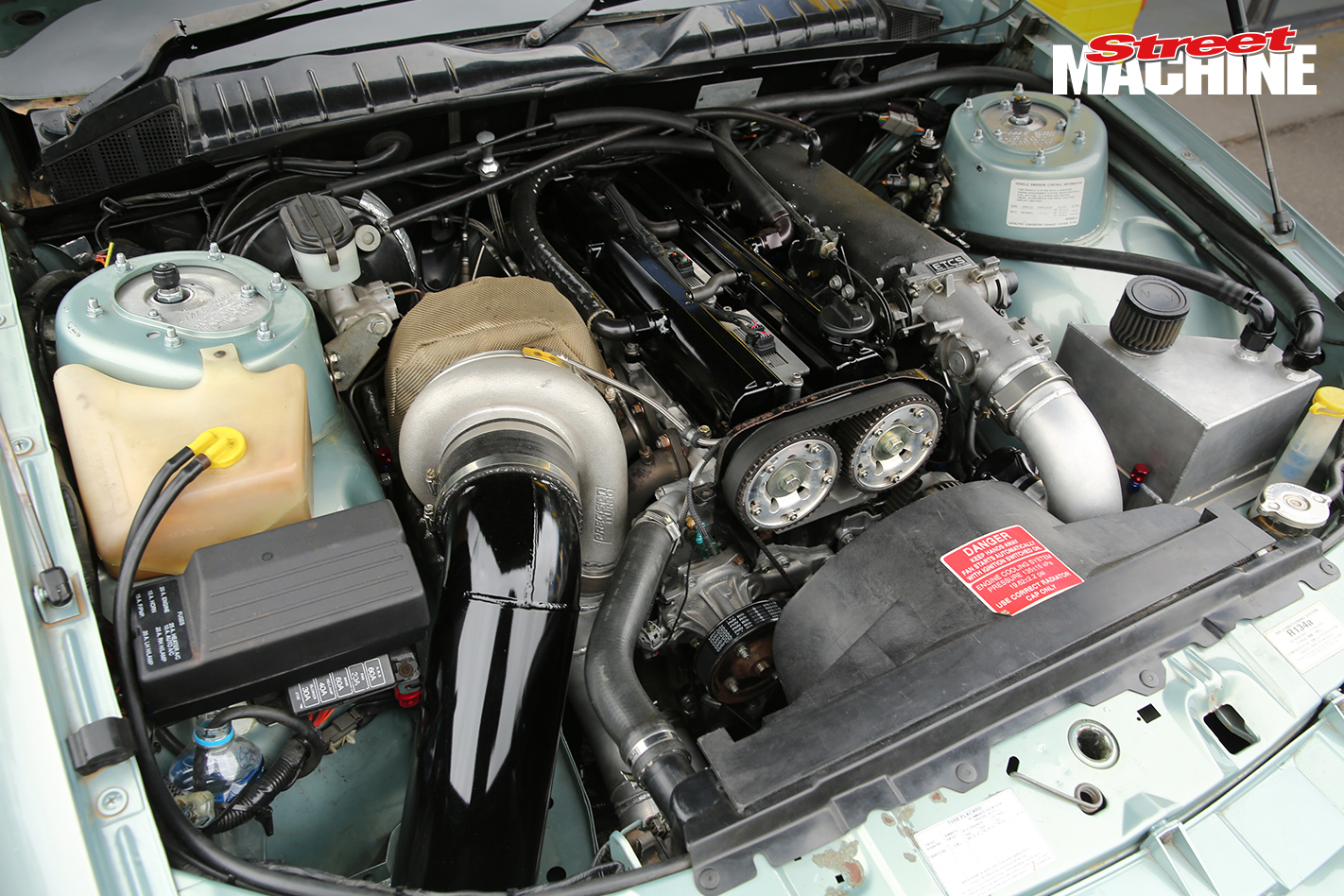 On Day One at Drag Challenge the Lexcen was a strong contender, running an 8.42@169mph, but it started to lose form later in the afternoon. The boys diagnosed the problem as a dud water pump, and babied the car to the BP servo just outside Calder to fix her up. 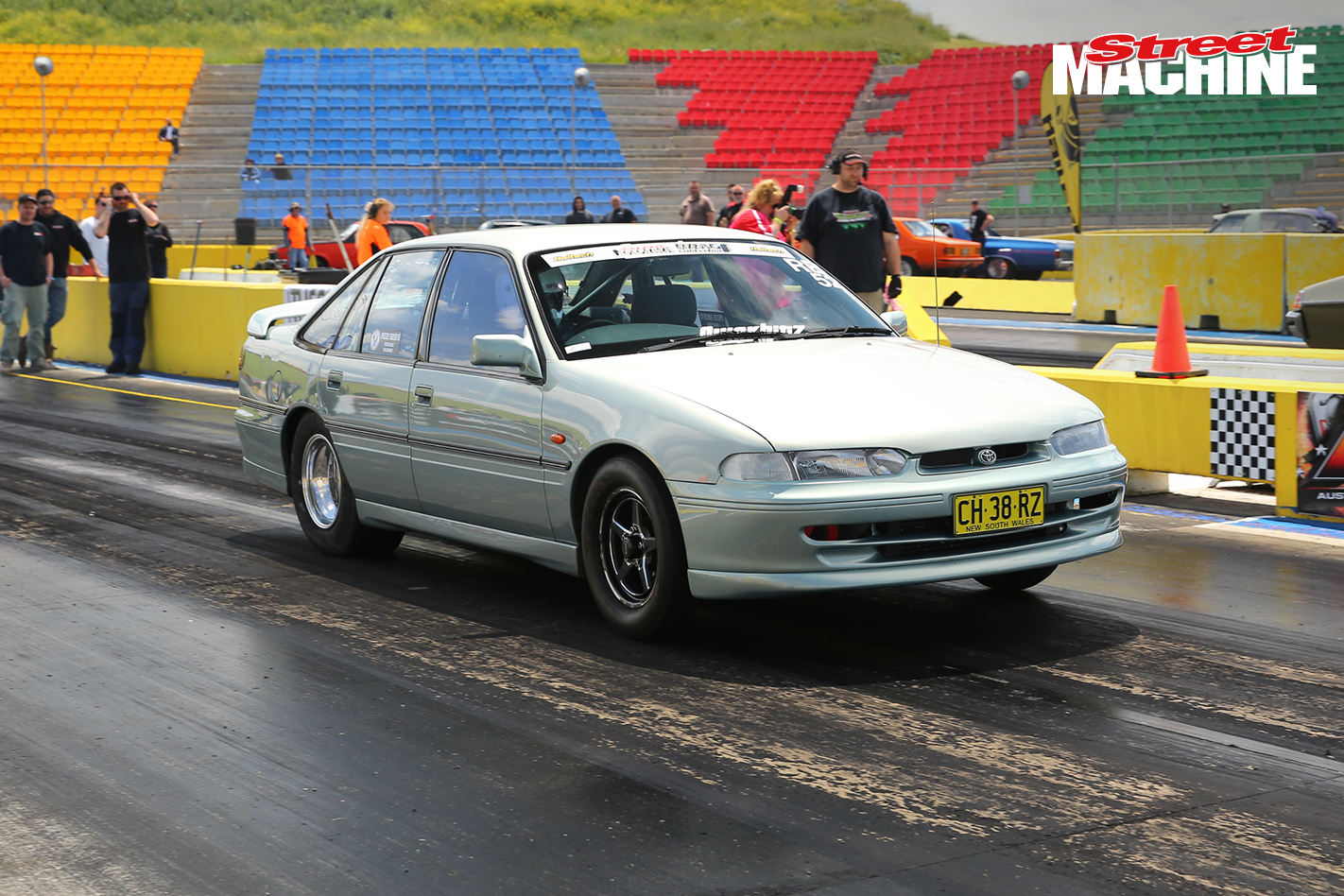 Bearing on the pump pulley replaced, the boys were on the road again, until they noticed the motor was knocking only a few minutes later. 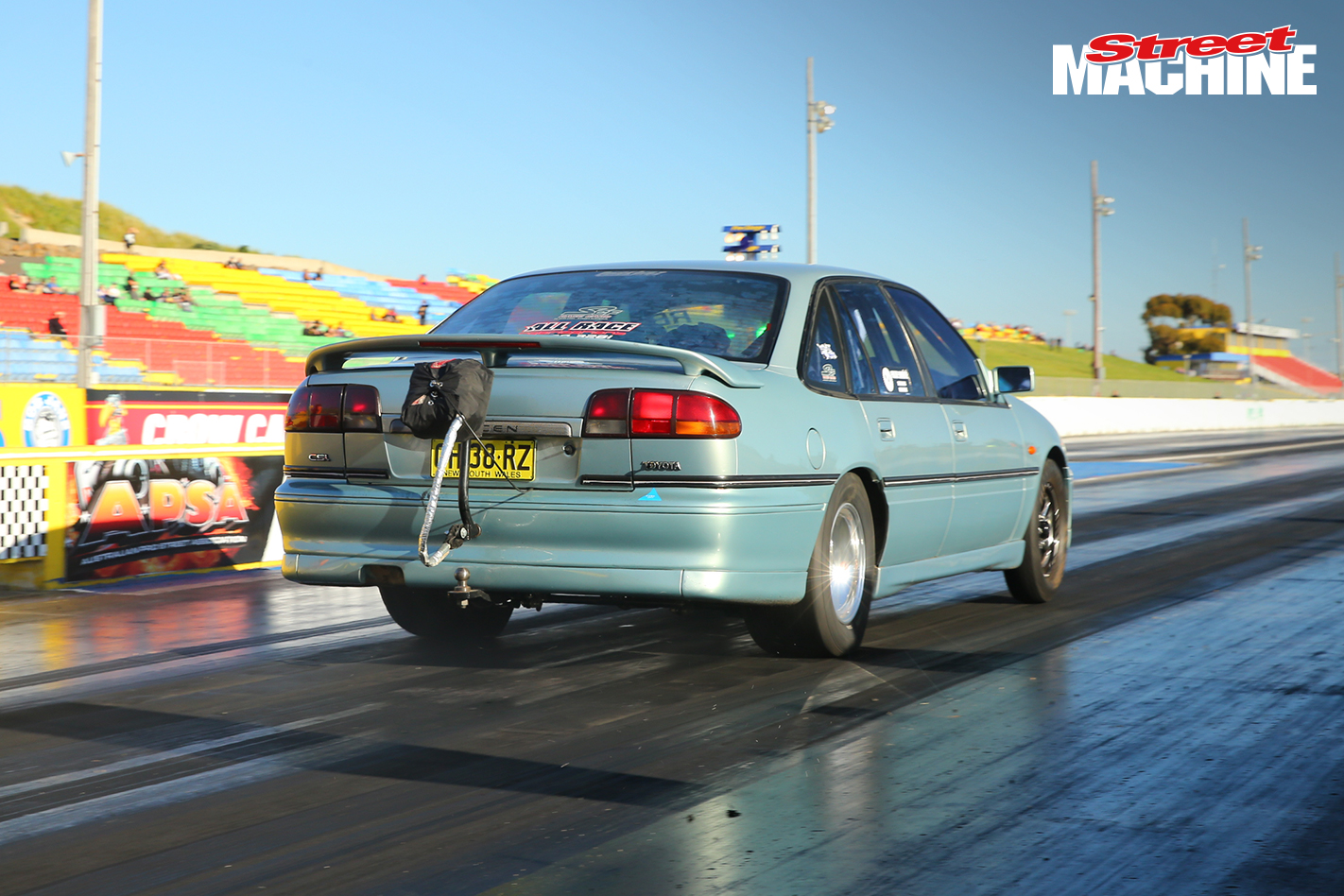 “We got it back in the workshop and basically rebuilt the entire bottom end of the engine,” Chris said. “We replaced the crank and bearings and resized the rods, and had it all back together after a couple of days.” 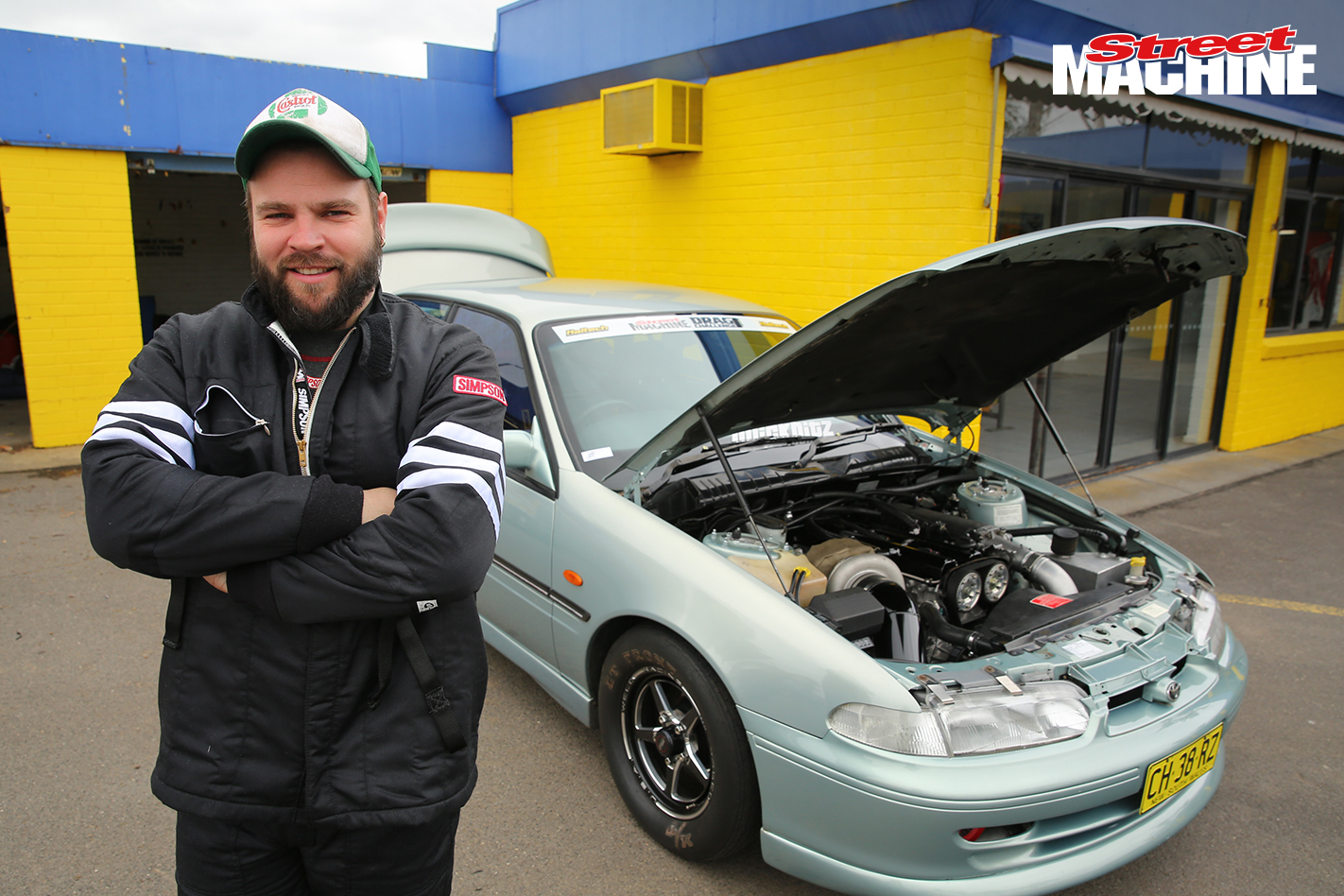 Since Chris lives in Melbourne, he was ready to race again on Friday night when Drag Challenge wrapped up at Calder Park. And with a fresh engine, the Lexcen was on-song, setting a new PB of 8.1@170mph – on a massive 52psi! 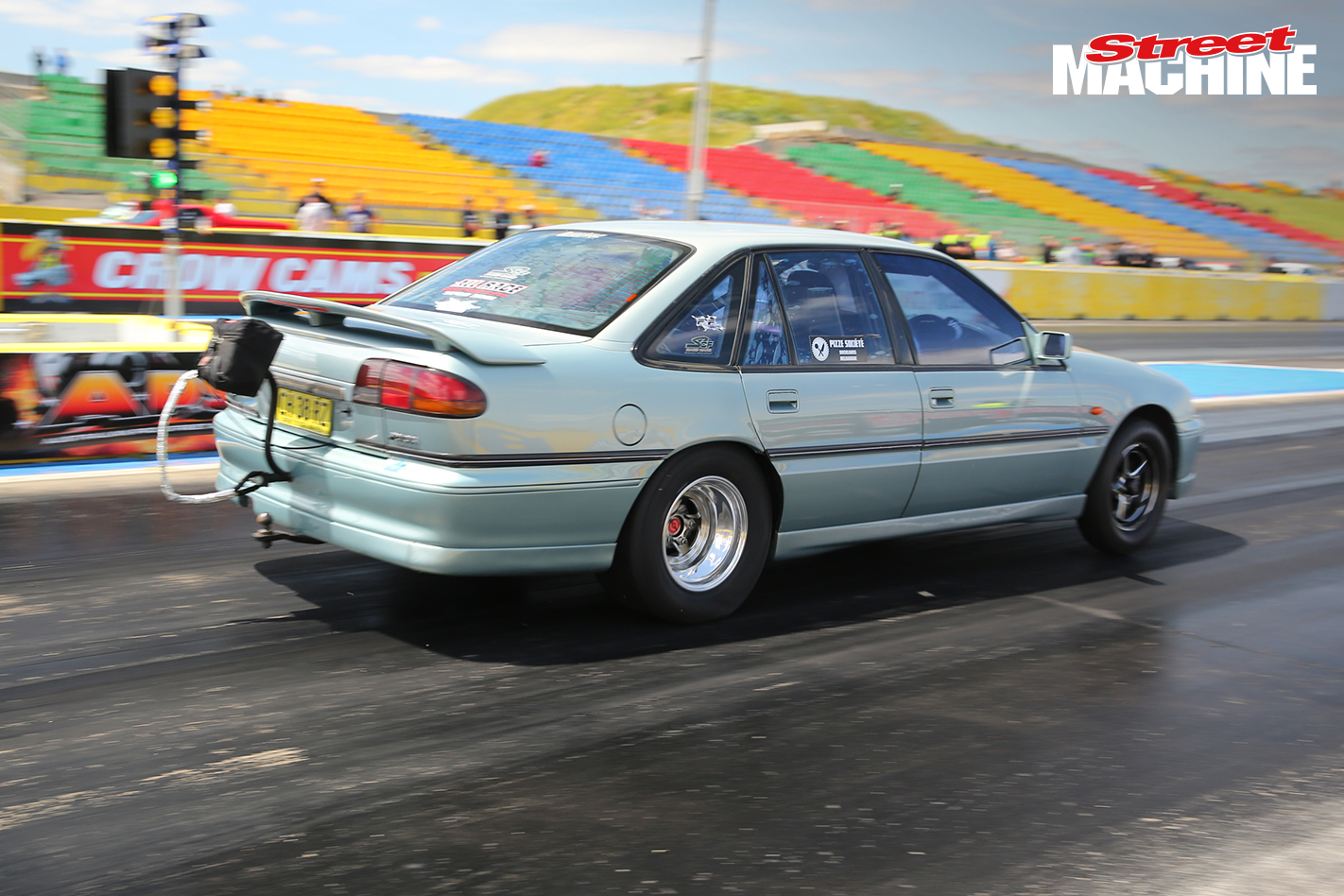 “We were actually running out of fuel pump during that last run, so it started to go lean right at the end,” Chris said. “I reckon it’ll go sevens with a bigger fuel system. That’s my goal, anyway! 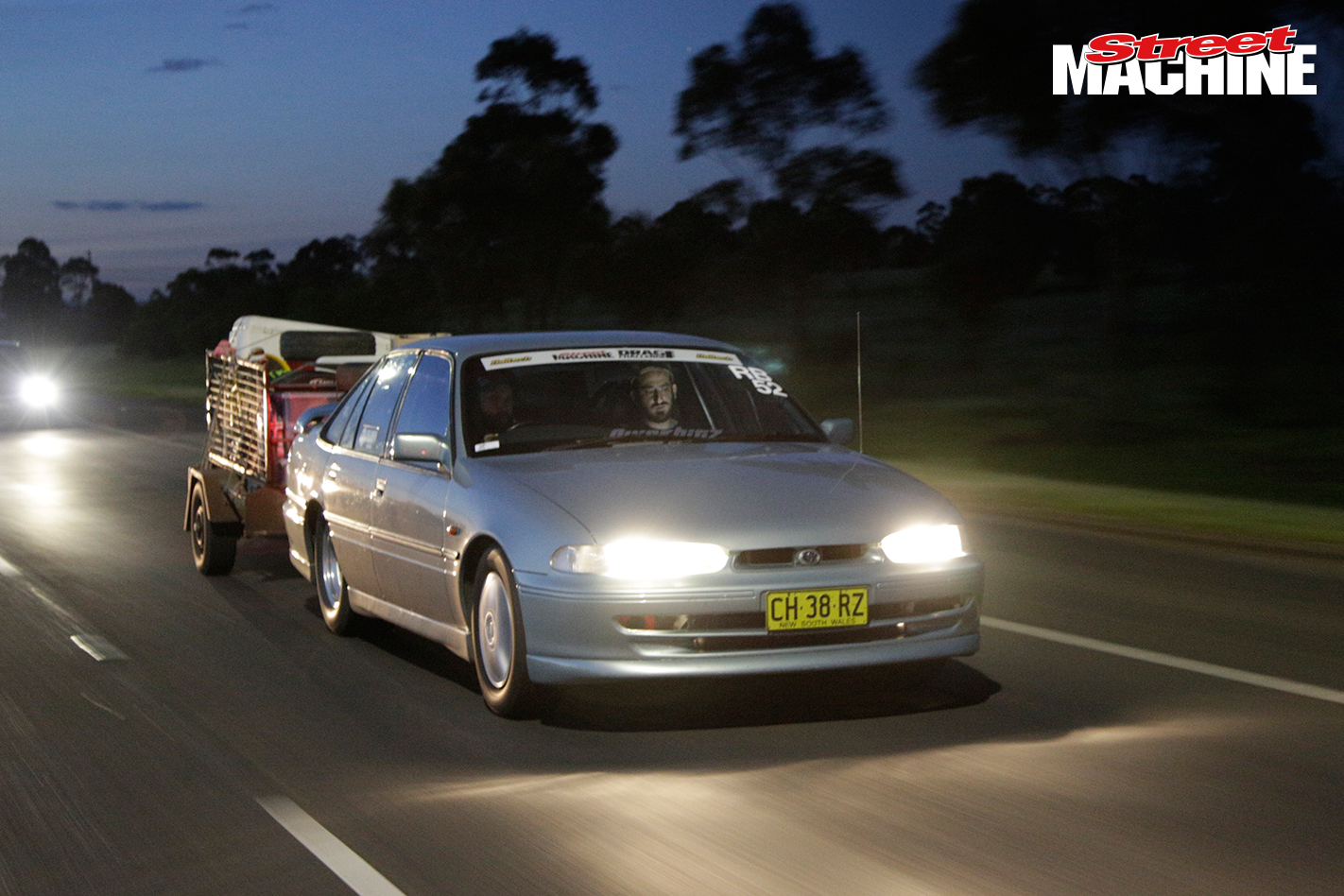 “Even though we were only there one day, we had an awesome time,” Chris concluded of his Drag Challenge experience. “One hundred per cent I’ll be back next year – I can’t go down like that!”