IN 2016 Paul Hamilton brought his monster 600ci XA Falcon sedan to Street Machine Drag Challenge for the first time. The car ran low nines, but by the end of Day One the motor had spat the dummy and a roller lifter had decided it no longer wanted to roll. The XA was an angry aspirated thing, so Paul decided he best not push his luck by trying to continue through the event and retired the car. 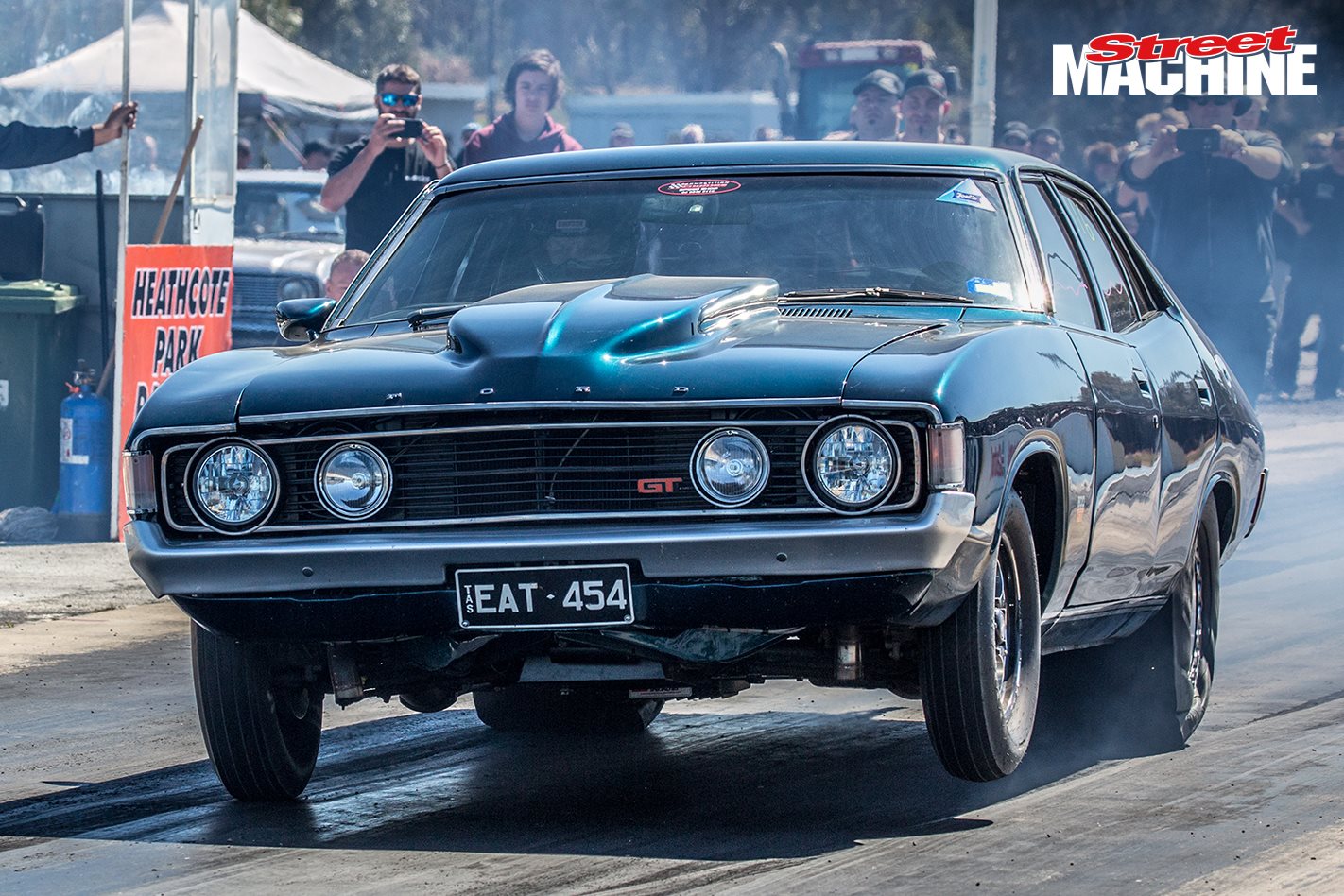 Next we heard, Paul was putting twin-turbos on the 600ci donk, and we couldn’t wait to see the finished product. Before the motor went into the car we saw it on the engine dyno at Competition Engines, who along with making up the turbo kit also rebuilt the entire motor to make it more boost-friendly. While the switch to twin turbos made it more streetable, they also added a colossal amount of power – it made over 2000hp on the engine dyno. 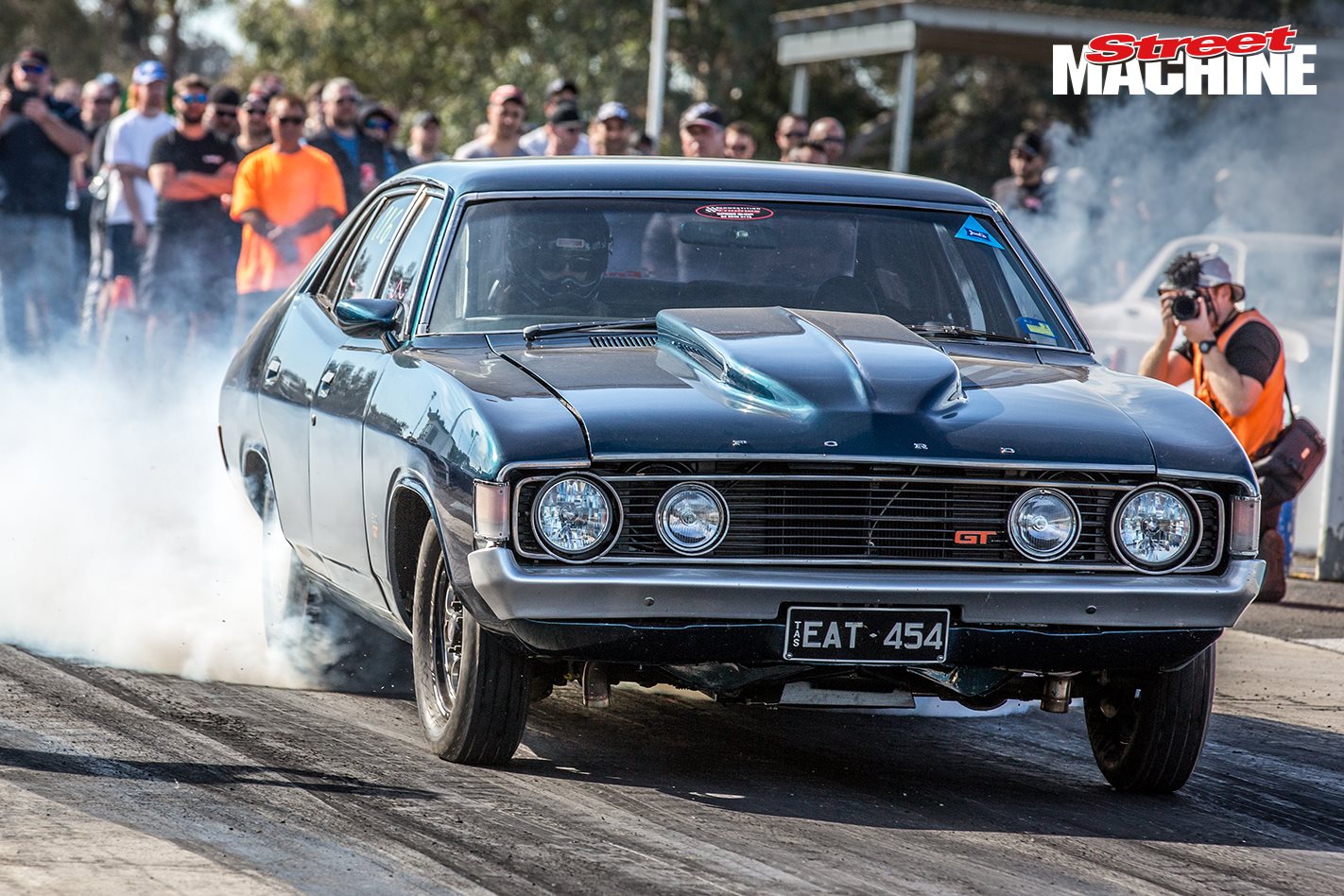 With a massive slick tyre under the rear end, Paul competed in the Turbosmart Outlaw Blown class at Drag Challenge last year and came away with first place after a drama-free week – how’s that for a turnaround!

Paul lives in Tasmania, where there’s very little drag racing, so between now and last year’s Drag Challenge he hasn’t done much racing with the car. So with DC ’18 fast approaching, he came over to the mainland for last weekend’s Ford-Powered Nationals – put on by Drag Challenge veteran Todd Foley of eight-second, Magnuson-blown VH Commodore fame.

During Friday-night testing Paul struggled to lay down a full successful pass – the car was all over the place. “I took it easy on the first pass because I hadn’t raced at Heathcote before, so I was figuring it all out in the dark,” he said. “The second run it was all over shop; it just didn’t want to hook up.” 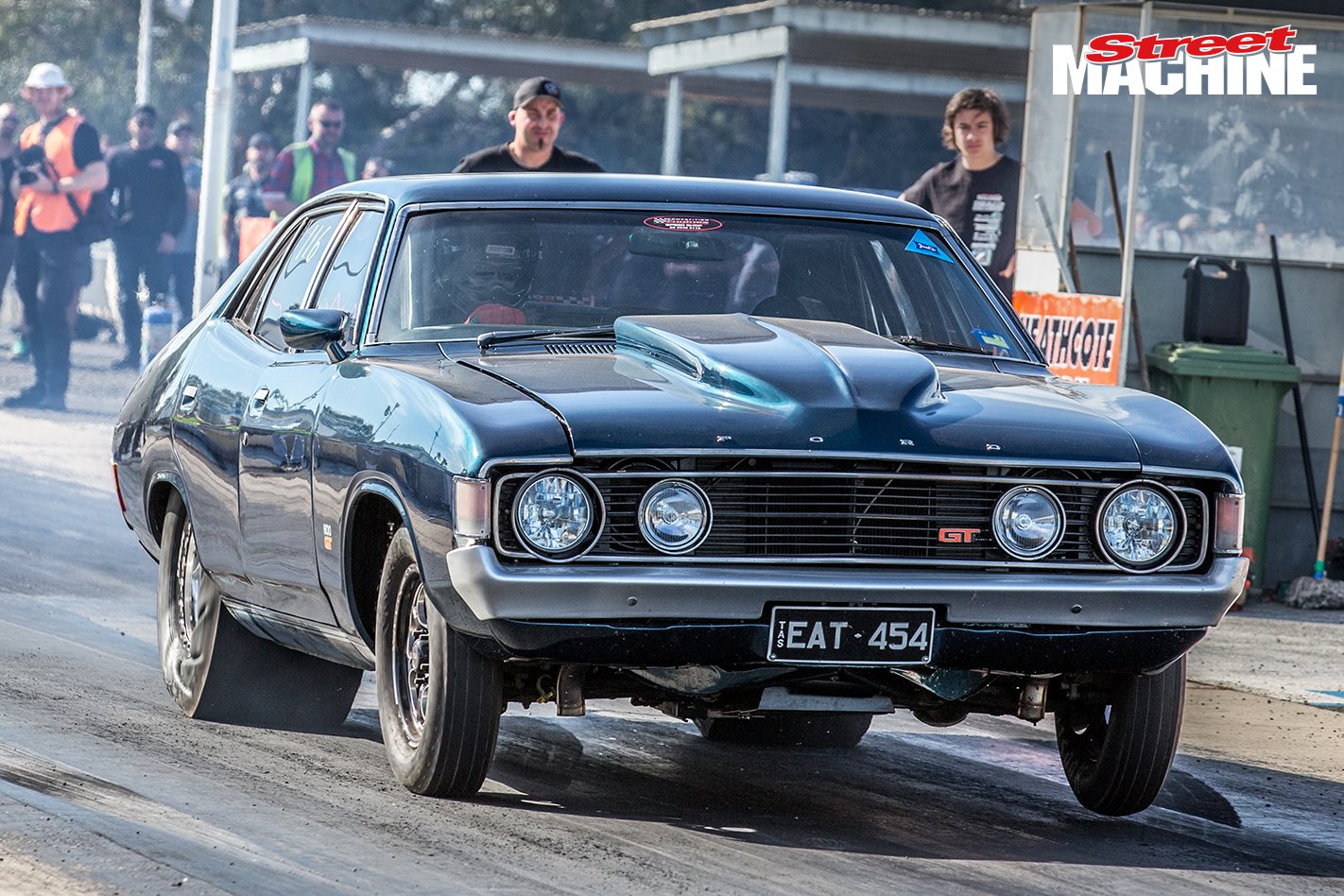 The next day Paul was off to a good start with an 8.60 straight off the bat, and then he ran into more traction issues. Since he hasn’t had a lot of test time with the car, the suspension isn’t really set up for the power he’s trying to put down. Even though he runs a big slick tyre, the car struggles to cope with the massive power of the twin-turbo engine.

Paul is set to have a lot more competition on his hands at Drag Challenge this year, as the Turbosmart Outlaw Blown class has doubled in size compared to 2017. Frank Marchese, Jarrod Wood and Harry Haig have all run sevens in their cars, while Drag Challenge veterans Brendan Cherry and Mark Sass have stepped up their cars for this year. It’ll be an intriguing contest, to say the least.