The HQ has had a big refresh and is now packing by an all-alloy 632-cube big block Chev. "I built the new motor with Kelvin from CDA Engines," says Steve. "It is based on a Dart block and is 120lb lighter than the old combo. We're running on E98 fuel with a Holley Sniper ECU. We ran out of injector on the dyno, so there is more to come." The Chev is backed by one of Steve's own Shiftright 4L80E four-speed autos. Running on 295 radials instead of slicks, Steve recorded a new PB at the Kenda Expression Session event in June to the tune of 5.71-seconds. It has gone as fast as 8.95-seconds over the quarter-mile with the previous combo.

Steve is once again running in Outlaw Aspirated and will be the guy to beat! 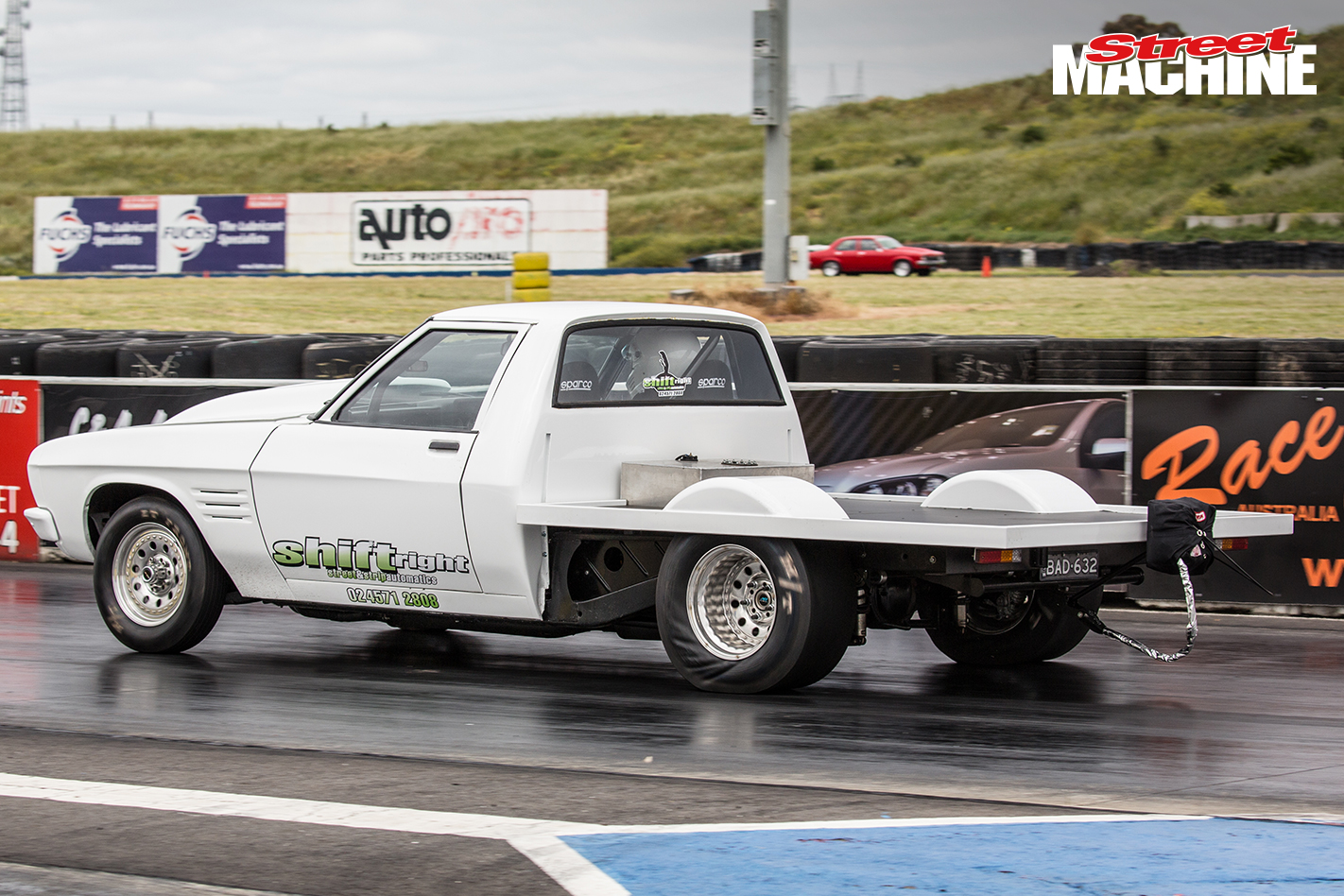 (Feb 2017) CUBIC inches rule when it comes to making power without a blower, turbos or nitrous, and with 632 cubes, Steve Micallef has plenty in his Holden HQ one-tonner.

“To be honest the tonner was supposed to be a burnout car,” he said. “But after I did Drag Challenge with Alon Vella last year I thought: ‘Screw that!’ I rang my engine builder from Calder on the last day and said: ‘Stop what you’re doing; it’s all changing!’” 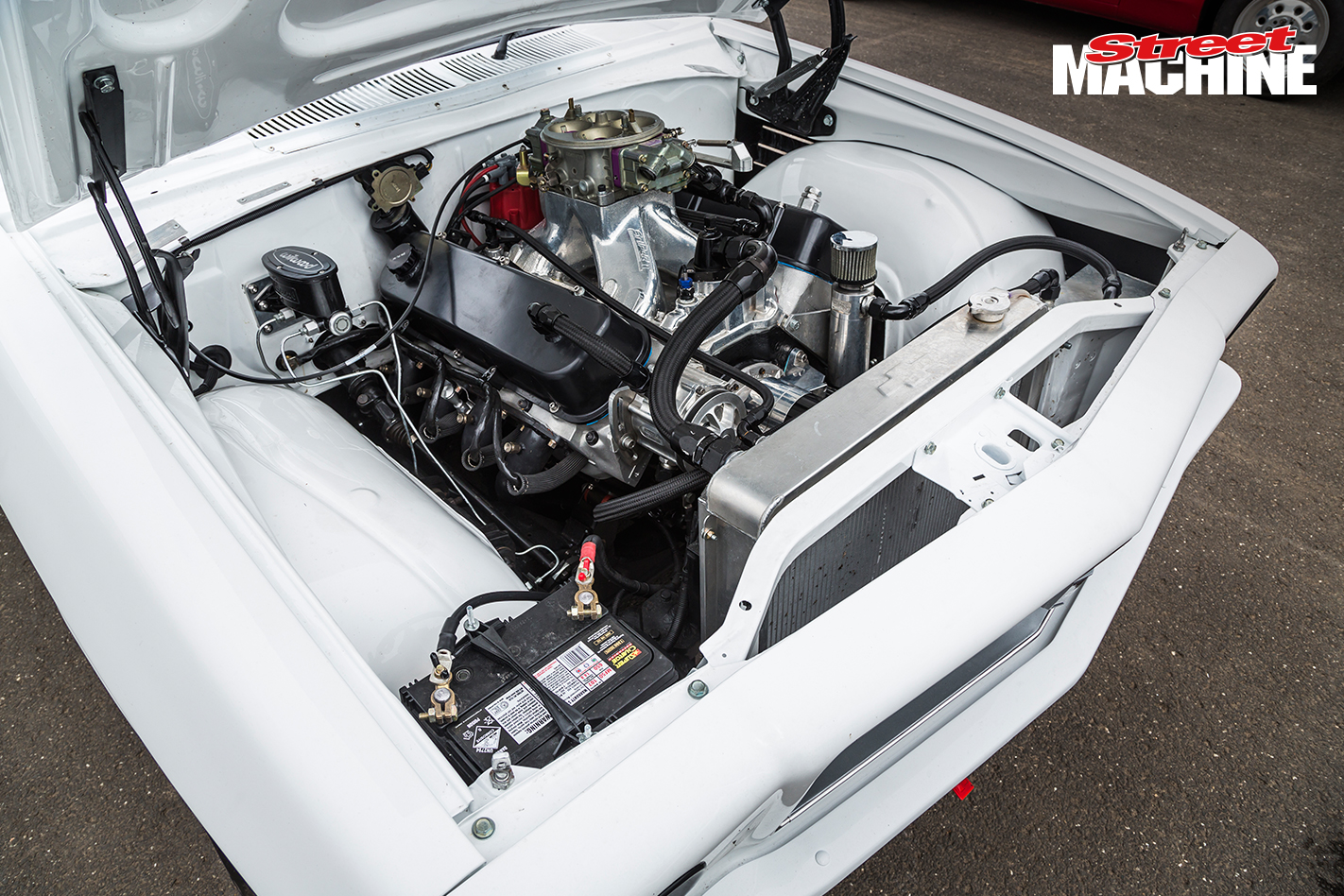 After doing the trip last year, Steve had a fair idea of what he needed to chew up those long drives – a streetable big-block with plenty of power. Built by Kelvin at CDA Engine Reconditioning in Dee Why, the 632-cube big-block produces 970hp, which helped push the Holden trayback to an easy 9.42@144mph best at Drag Challenge and take out the Mothers Outlaw Aspirated class. 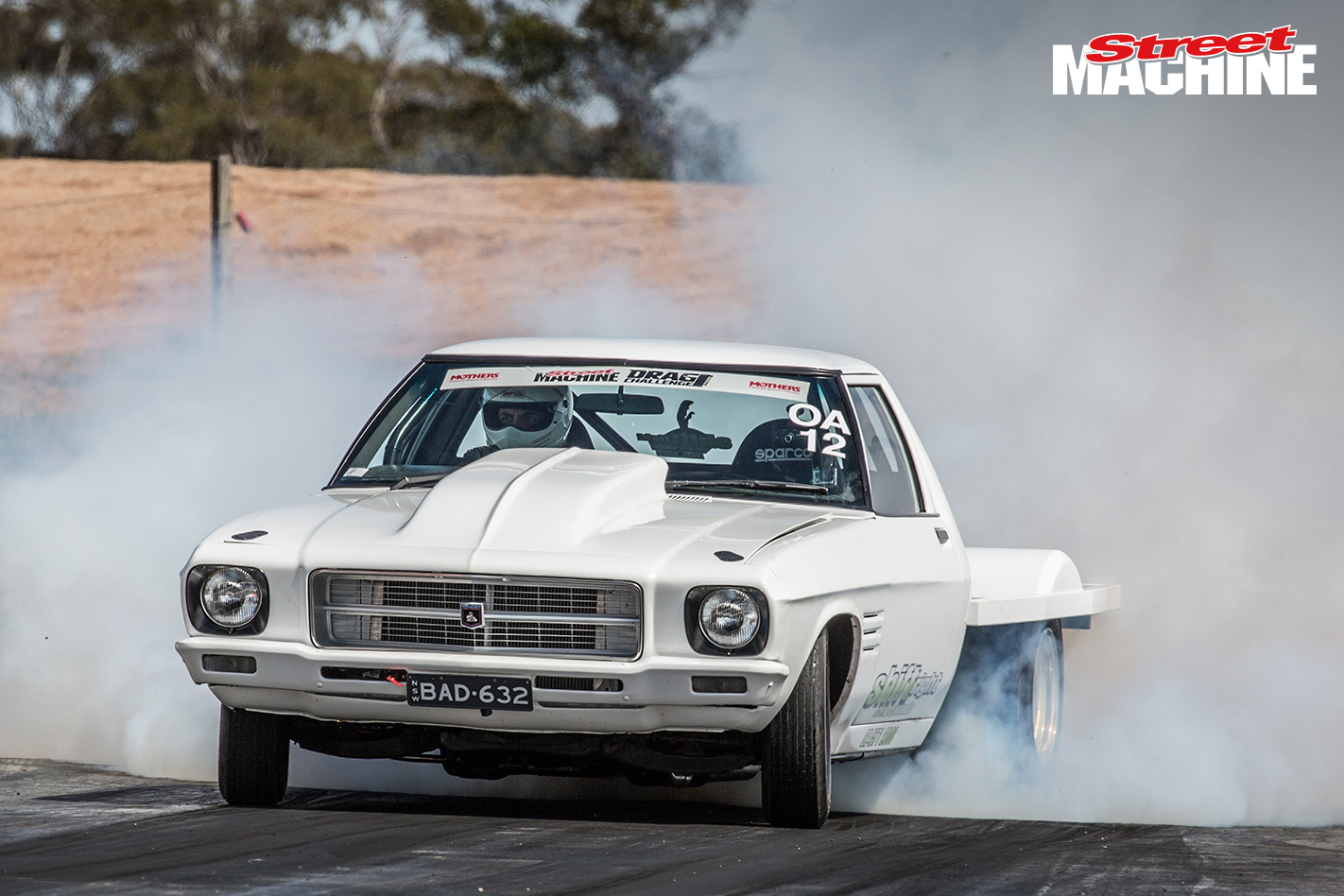 Built with the help of Steve’s mate Shaun, who also came along for the ride, the HQ isn’t exactly light at 3720lb (with driver). Because it was getting built for frying tyres, the whole back end is made out of 3mm sheet metal, but it does help put some weight over the rear end so the four-link can plant the tyres. 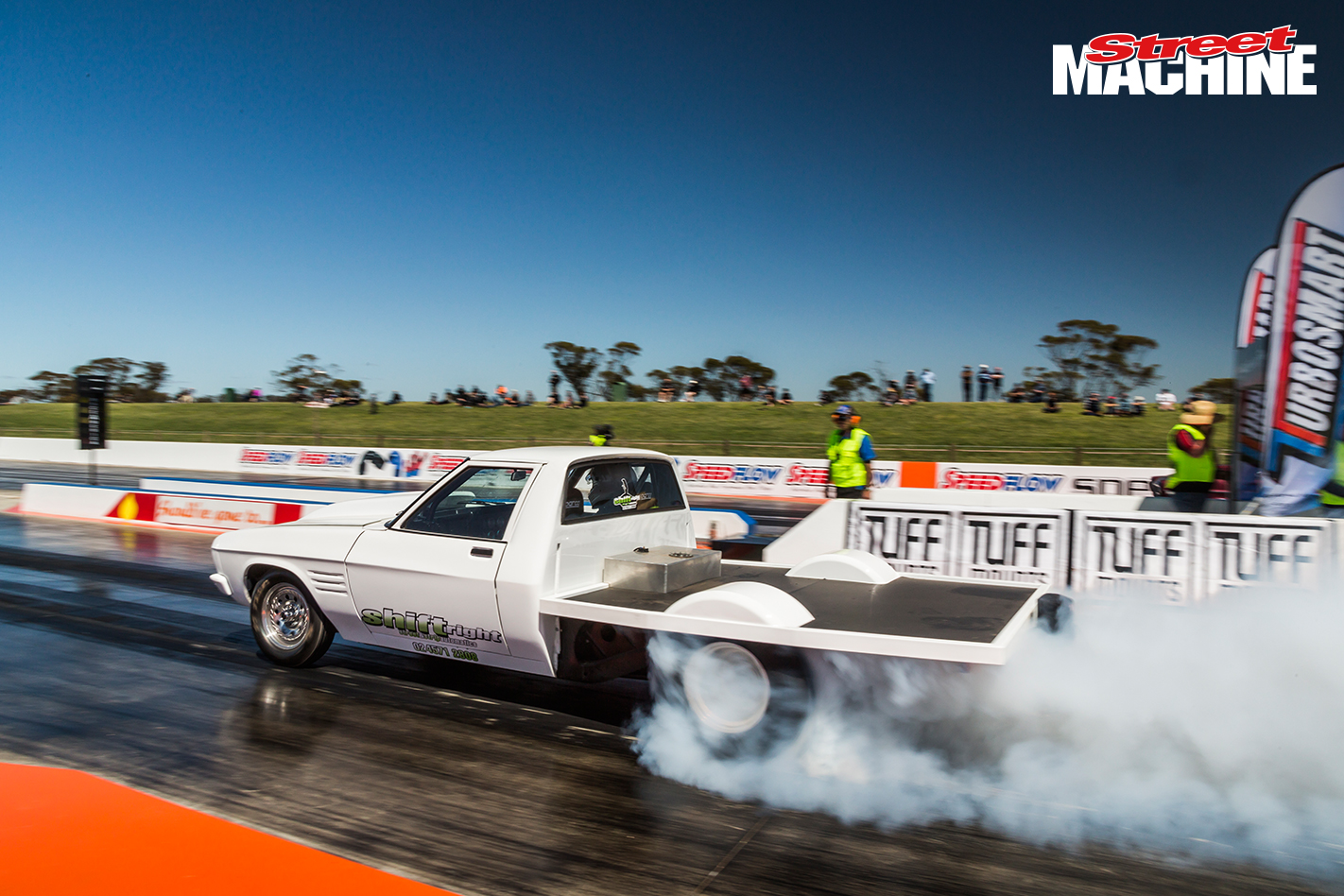 “I chose to run an 11.5-inch slick to put me in the Outlaw class so I wouldn’t be competing against my mate Alon,” Steve said. “But next year I think we might go for steeper gears and a Gear Vendors, and maybe some more horsepower.”

As it was a new combo, the guys didn’t have much time to sort things out; they ran a 9.30 in testing at Sydney Dragway and melted the dizzy cap. 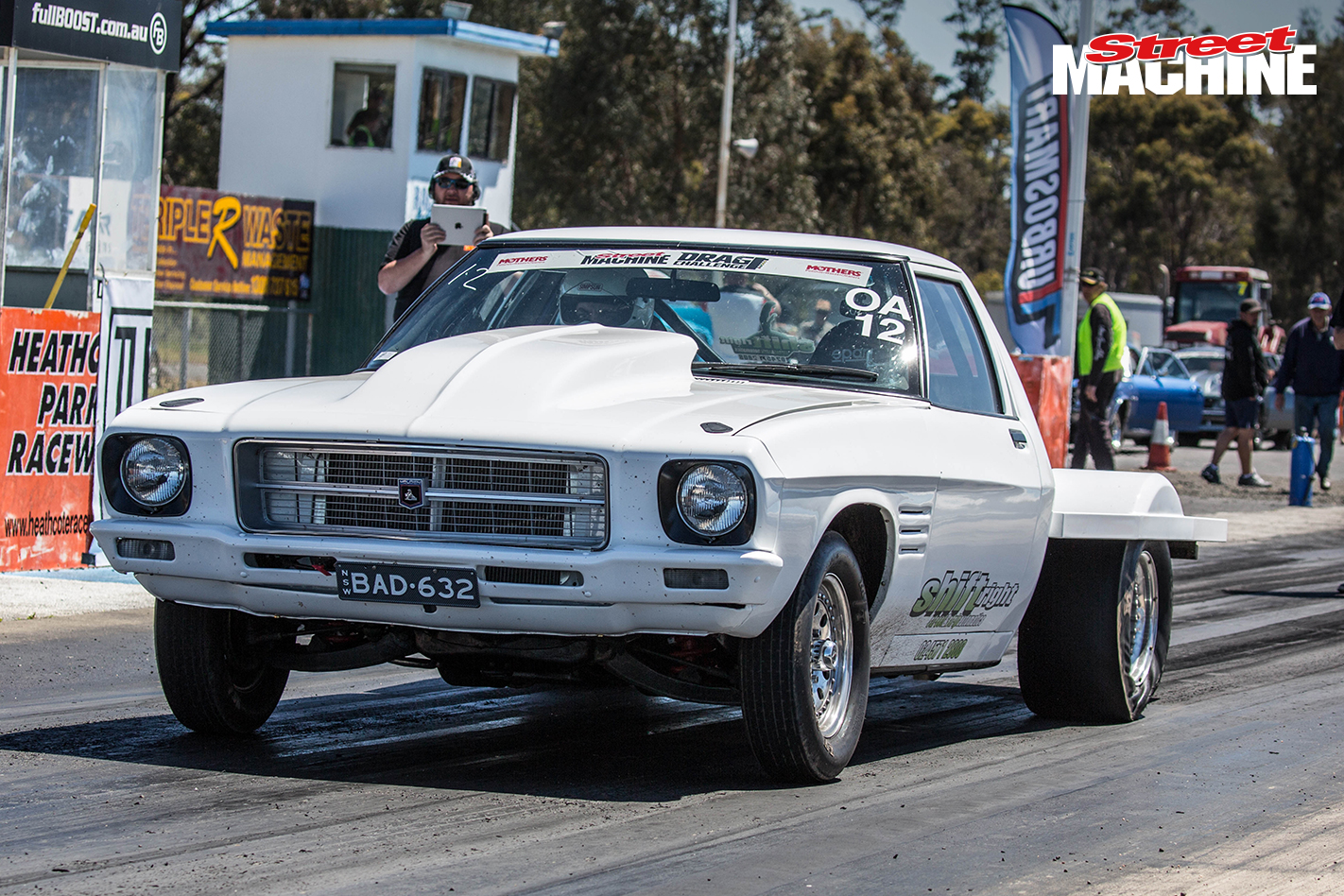 “I’m glad it did that,” Steve said. “I thought I better grab some spares so I went to Rocket and bought another six caps. Good thing I did, because I melted one every day of Drag Challenge; I haven’t even looked at what the problem is yet.” 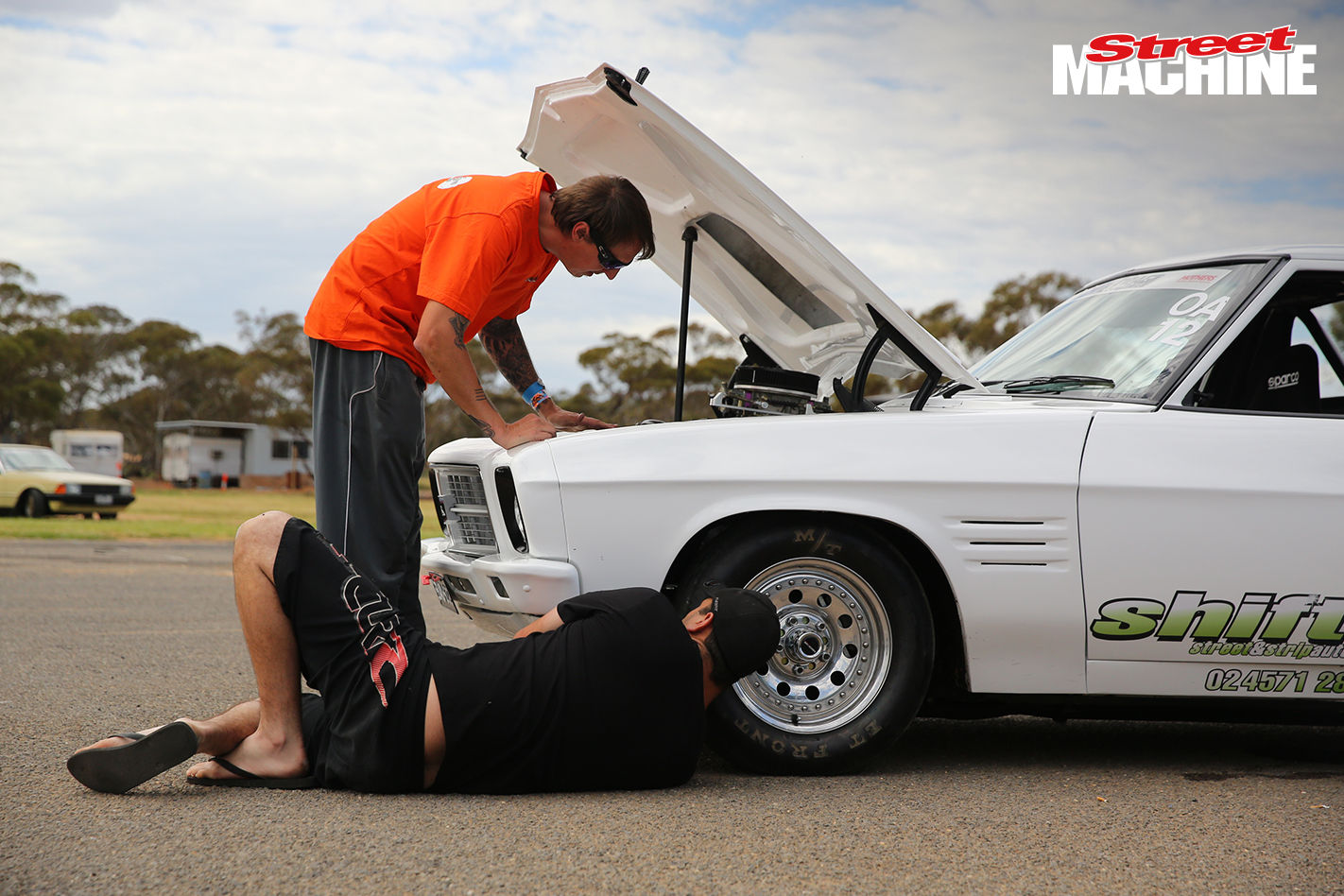 Other than that, the tonner ran flawlessly, running on pump 98-octane on the street and using MS109 at the track. “We’d go up five jet sizes at the track and then back it down again for the street,” Steve said.

“I loved the driving, but to be honest my favourite part was the end. I was just relieved to make it all the way.”