“IT’S been a good start for this year,” smiled Greg Richards, owner of this tough and tidy Ford Fairlane, which he ran in the K&N Dial Your Own class at Drag Challenge 2018. He had reason to grin: He’d just laid down a 10.09 ET on Day One at Calder Park. 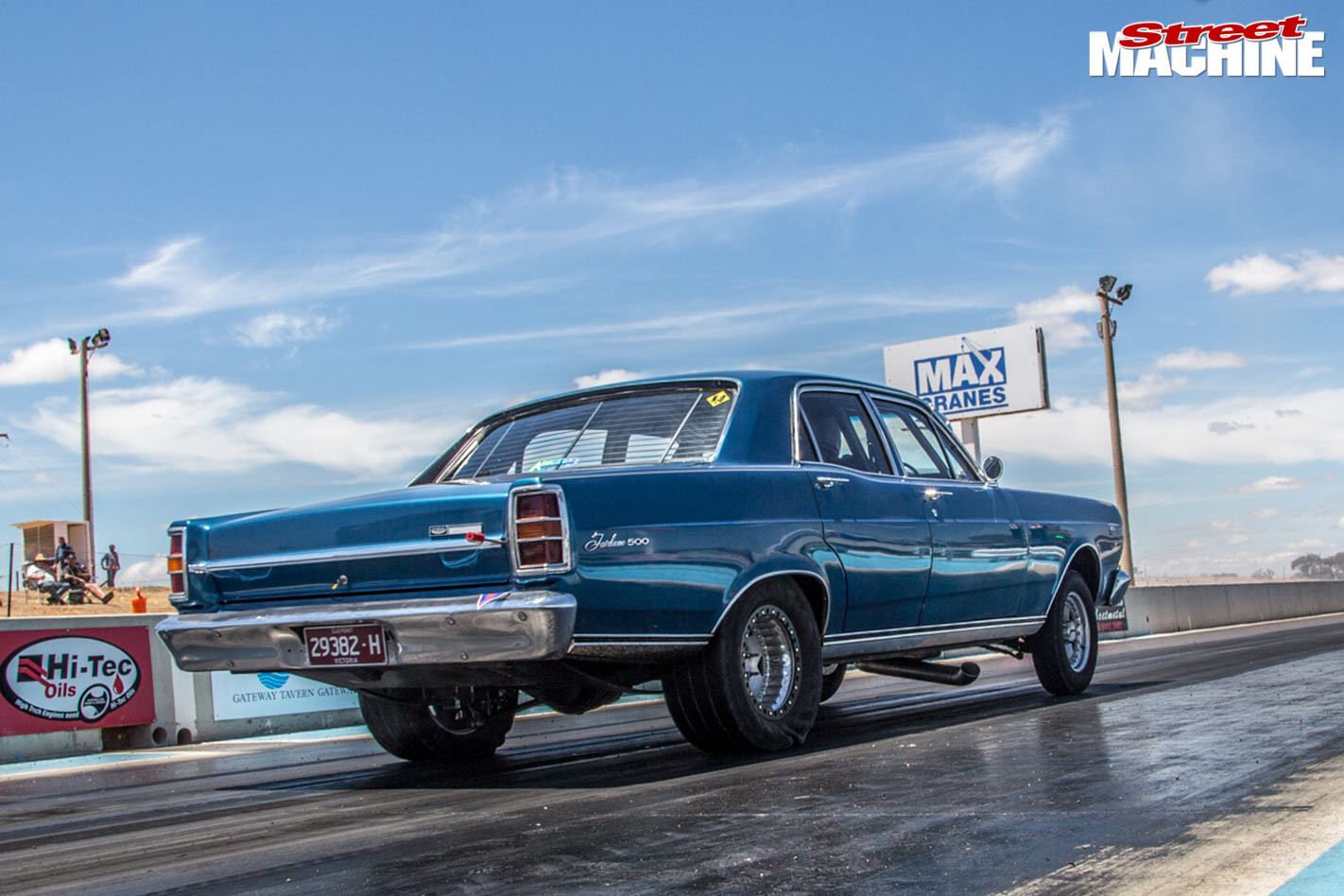 Yep, this big Fairlane doesn’t muck around when the light turns green.

Greg bought the car sight-unseen four years ago when he took a punt on an online ad. “I knew that was a risk,” he said, “but the bloke sent stacks of pics and when we arrived to collect it he said: ‘If you have any problems, call me and I’ll help you out.’”

It must have been okay, as Greg drove it from the seller’s place on the Gold Coast back home to Victoria! 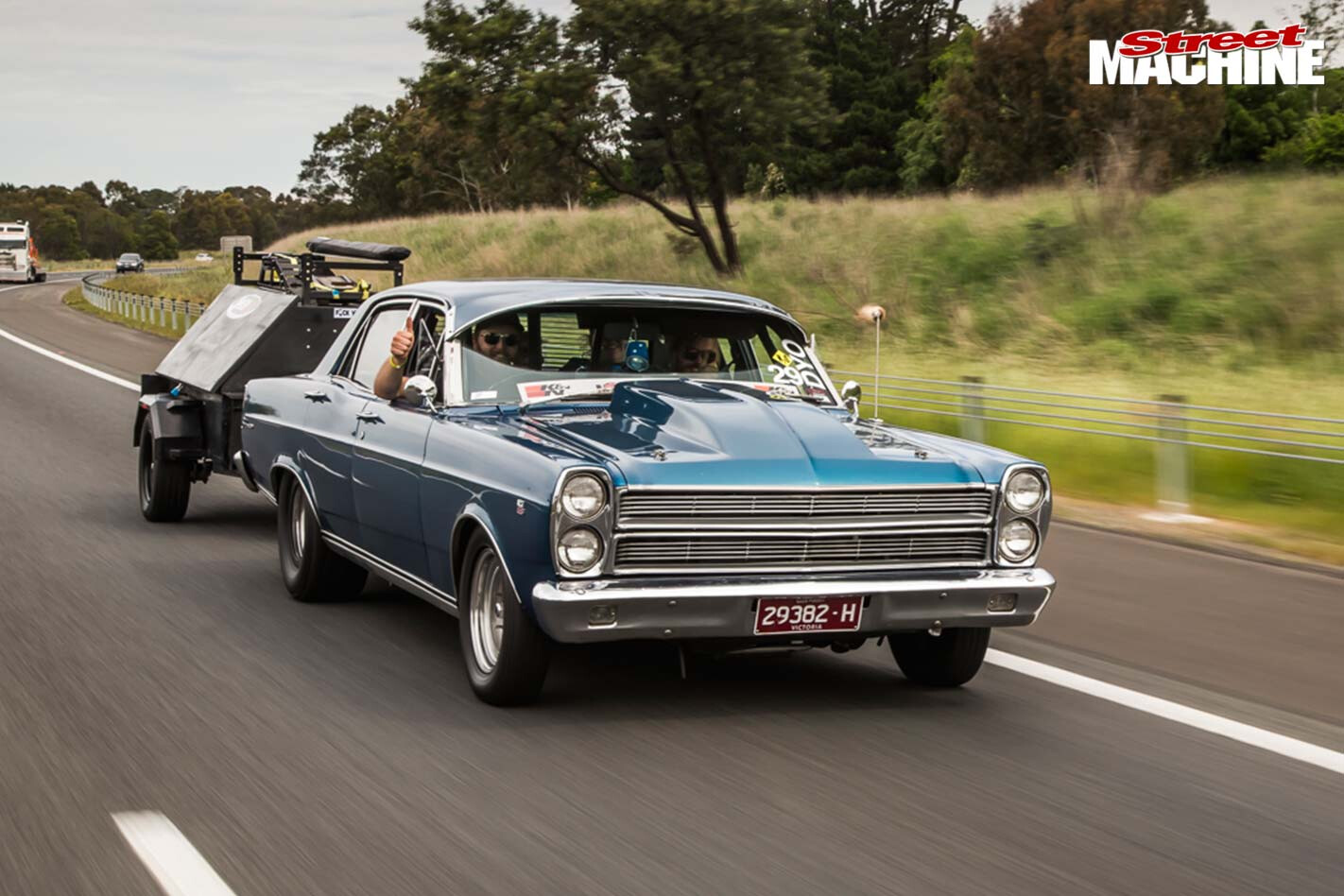 Already pretty in paint and trim, since Greg bought the big girl it has had a 10-second driveline dropped in: an E85-slurping, carb-fed, alloy-headed 427ci Windsor V8. With a steep 14:1 compression ratio under the AFR heads, a solid-roller cam and 7500rpm on the dial, it’s good for 670 frisky flywheel ponies. And there’s a progressive nitrous system, too – another reason for the car’s times – while a transbrake helps with launch consistency.

Behind the stout Windsor is an unusual choice of transmission: an AOD (automatic overdrive) used in many North American Fords. Like the BTR auto in Aussie 1990s Falcons (and the TH700 used in 1990s Holdens), it’s a four-speed auto that gives a better spread of ratios for performance and sunny Sunday cruising. This one was built by Canadian outfit Lentech to take in excess of 1000hp, and it’s a big part of why this car can tick the two boxes of good times and cruising on 2500rpm at 100km/h. And it did all this while towing a trailer for Drag Challenge!

Greg didn’t quite reach his goal of running nines by the end of the week, recording a respectable 10.05@135mph PB on Day Five. His week was still very consistent, with a split of -0.092795 placing him 17th out of 69 finishers in the K&N Dial Your Own class – a solid finish for the luxo Ford.