Patina is one thing, but most people would be asking for a tetanus injection before setting foot in Jesse Boothroyd’s HZ Kingswood. Thing is, once you’ve seen what’s lurking under the rust-and-crud bonnet, you’ll probably reckon a check-up from the neck up might be Jesse’s next medical appointment. This thing is insane.

The LS3 has been stroked out to 408 inches and hanging off the side of it is a turbocharger that wouldn’t look out of place on a B-double. It’s a Garrett GTX4508R if you have to know, and, aside from blowing about 18psi down the LS’ gullet, the turbo is about the only shiny thing on the car. Until you look a bit closer, that is. 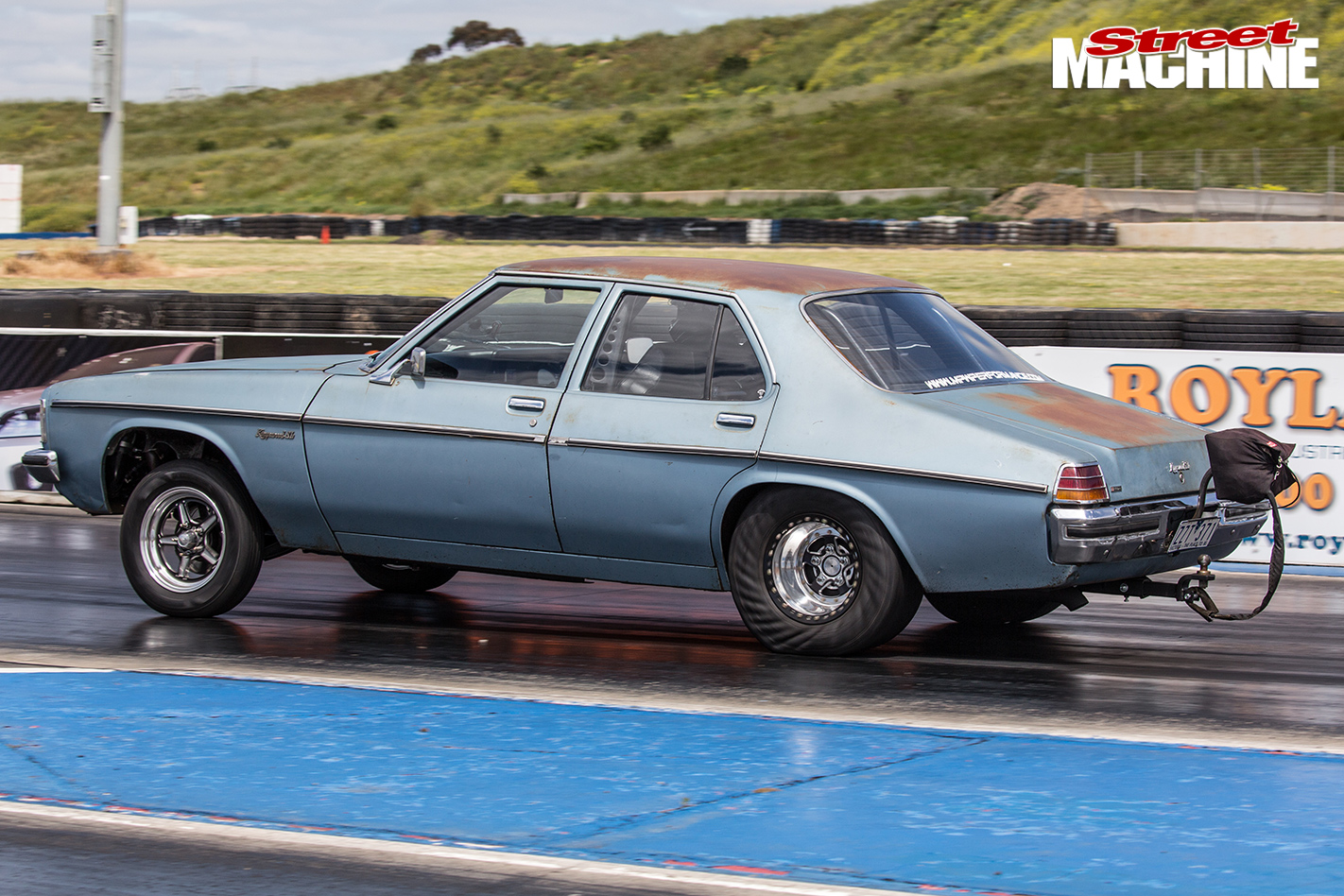 Get down and dirty and you’ll find that the entire undercarriage has not only been rebuilt, it was also taken back to bare metal and detailed to the last, um, detail. The interior has been completely retrimmed, too, and there are racy touches like the full cage and Haltech digital dash. Mind you, you need all that stuff when you’re running 9.20s at 150mph. Jesse reckons you’d be looking at six figures if you wheeled a HZ Holden into a workshop and asked for a carbon-copy of his car. Lucky for him, Jesse’s a fabricator by trade, but even then, just thinking about the hundreds of hours involved makes him shake his head. 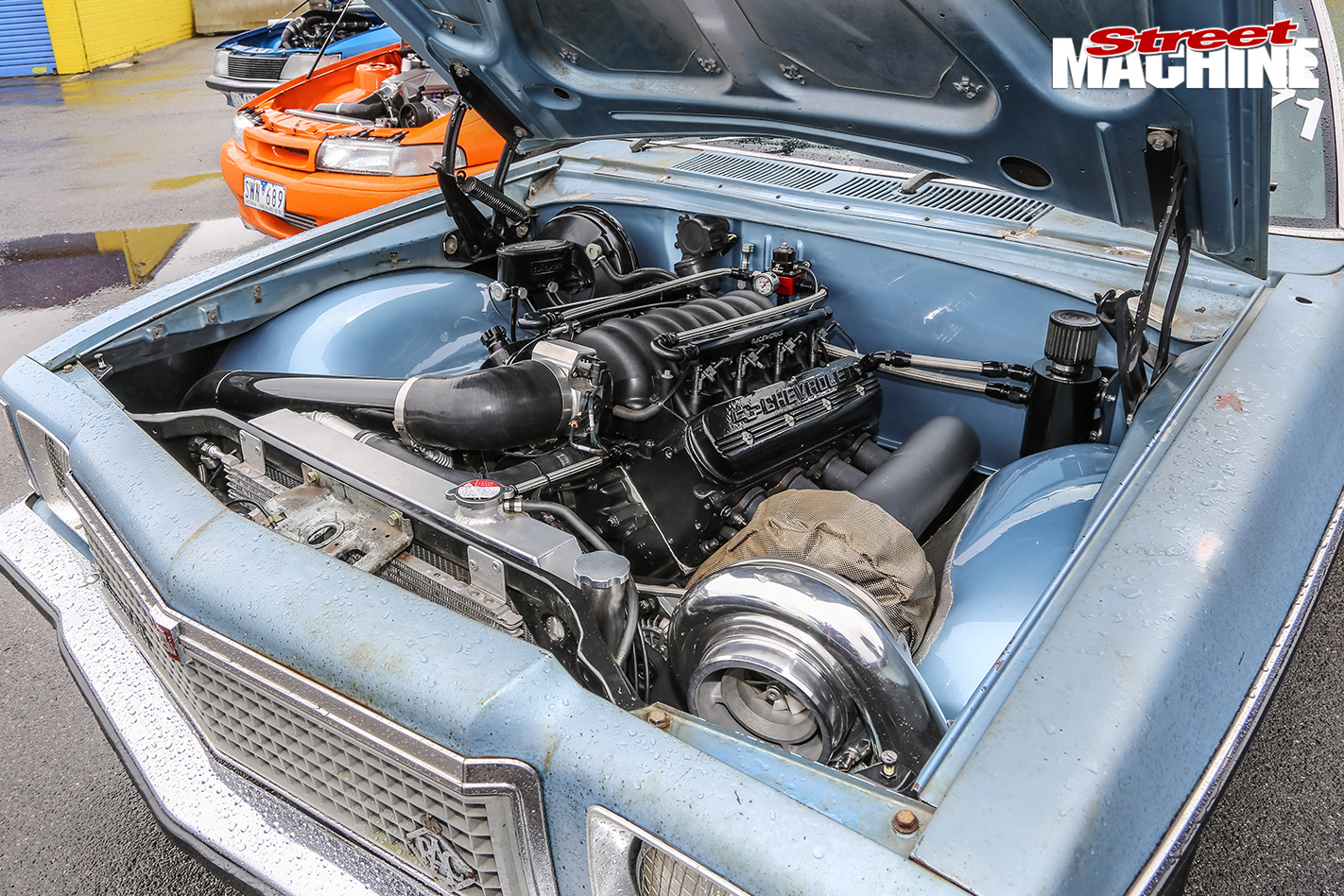 The car originally came out of a shed in Shepparton, a couple of hours north of Jesse’s home base in Geelong. But it didn’t come into his hands until it had been owned by at least two of his mates (one of whom is still trying to buy the car back from him). Back then, it was pure grandad-spec including the 202 six and a three-on-the-tree. That lot soon hit the nearest skip as Jesse implemented his master plan and turned a dunger looking HZ into a dunger looking missile. Actually, that’s being unfair. Because up close you can see the attention to detail and the quality of the workmanship. And when you work out what’s really going on here, it’s obvious that this is hard-core stuff. 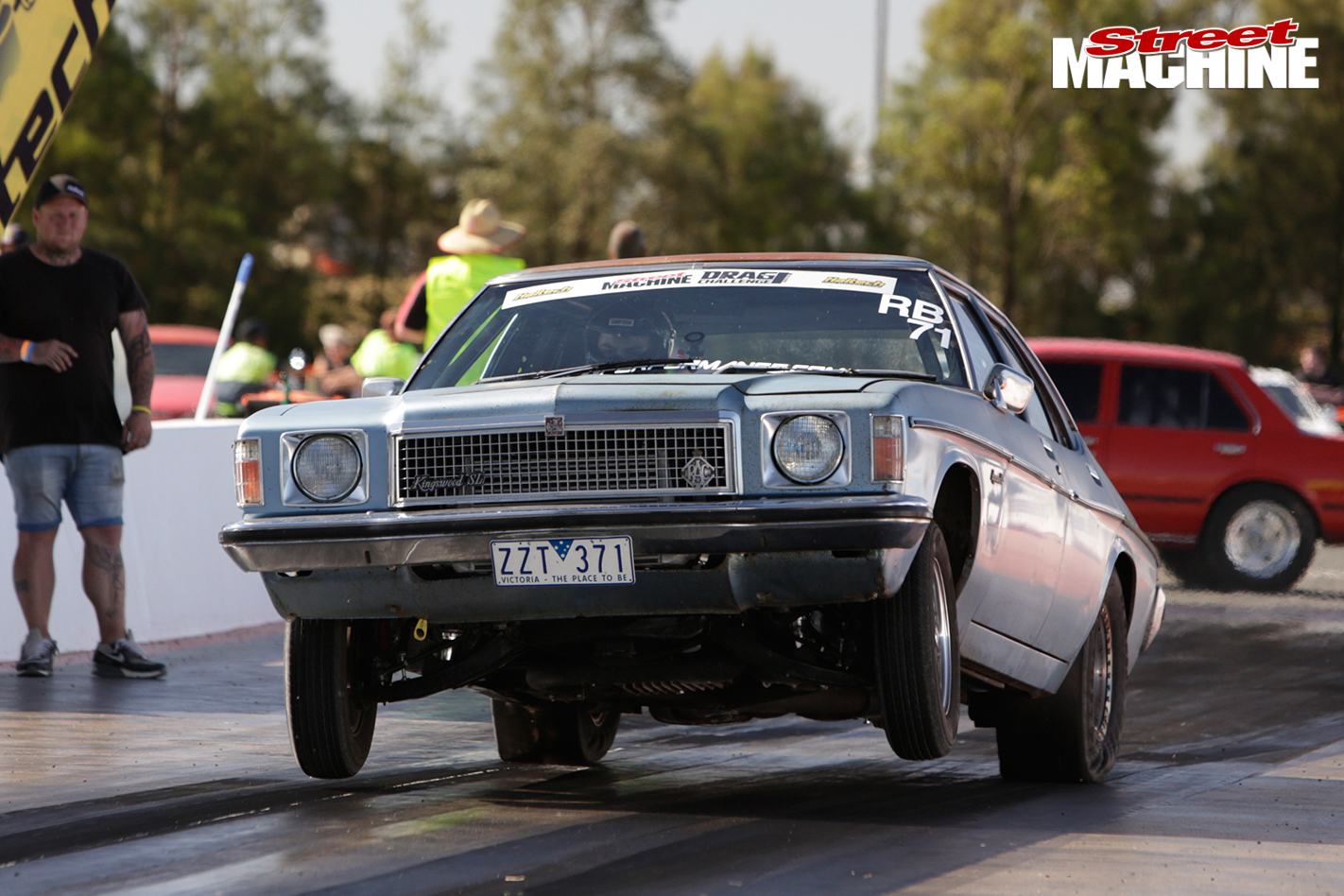 These days, the HX runs a Powerglide and a sheet-metal nine-inch with a 3.25:1 Strange centre. Jesse reckons he’s pretty happy with the end result, but you get the feeling he’d like people to stop asking him when he’s gonna paint it. “I probably should paint it, but I can’t afford to.”

By the end of Street Machine Drag Challenge, the crusty Kingswood was running eights with ease. Apart from a stuffed set of injectors on the final day, Jesse made it through the rigours of Drag Challenge without any dramas. Fortunately the injector issue manifested after he’d already had a run at Calder on the last day so he was able to finish the event in eleventh spot for the Haltech Radial Blown class. 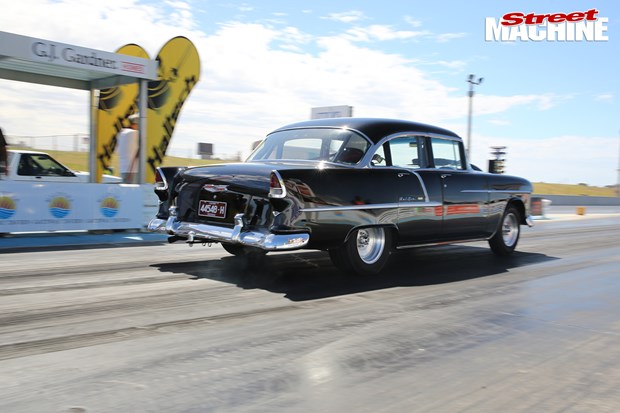 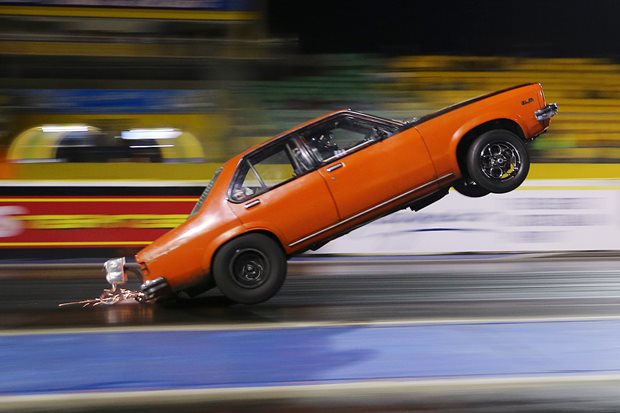 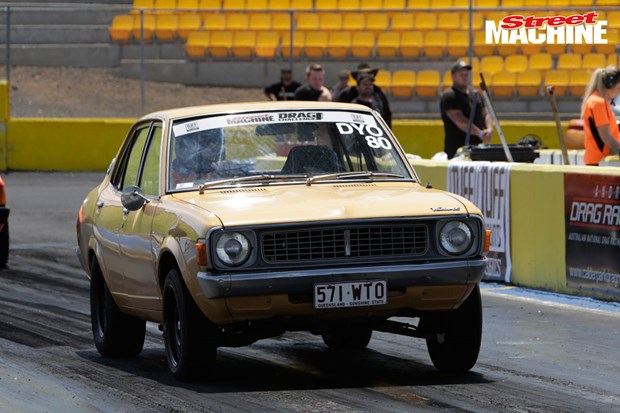