ANOTHER first-timer at Drag Challenge, Radelaidian Steve Ramsey took home the Quickest Stick-Shift prize with his single-digit VL Commodore Turbo. It’s powered by the venerable 3.0-litre Nissan-designed OHC straight-six, fed, in this case, by a Precision 64/66 turbo on a 6Boost manifold and with 38psi boost. The recipe is by Maatouks, who know a thing or two about these Holden/Nissan sixes. Management is by Microtech and it spins the rollers to around 800hp.

The car cruises at 2200rpm at 100km/h and Steve crosses the line in fourth gear at around 6500rpm. He runs the Commodore on E85 both on-track and for the commutes in between, using a reasonable 20L/100km – including towing the trailer! 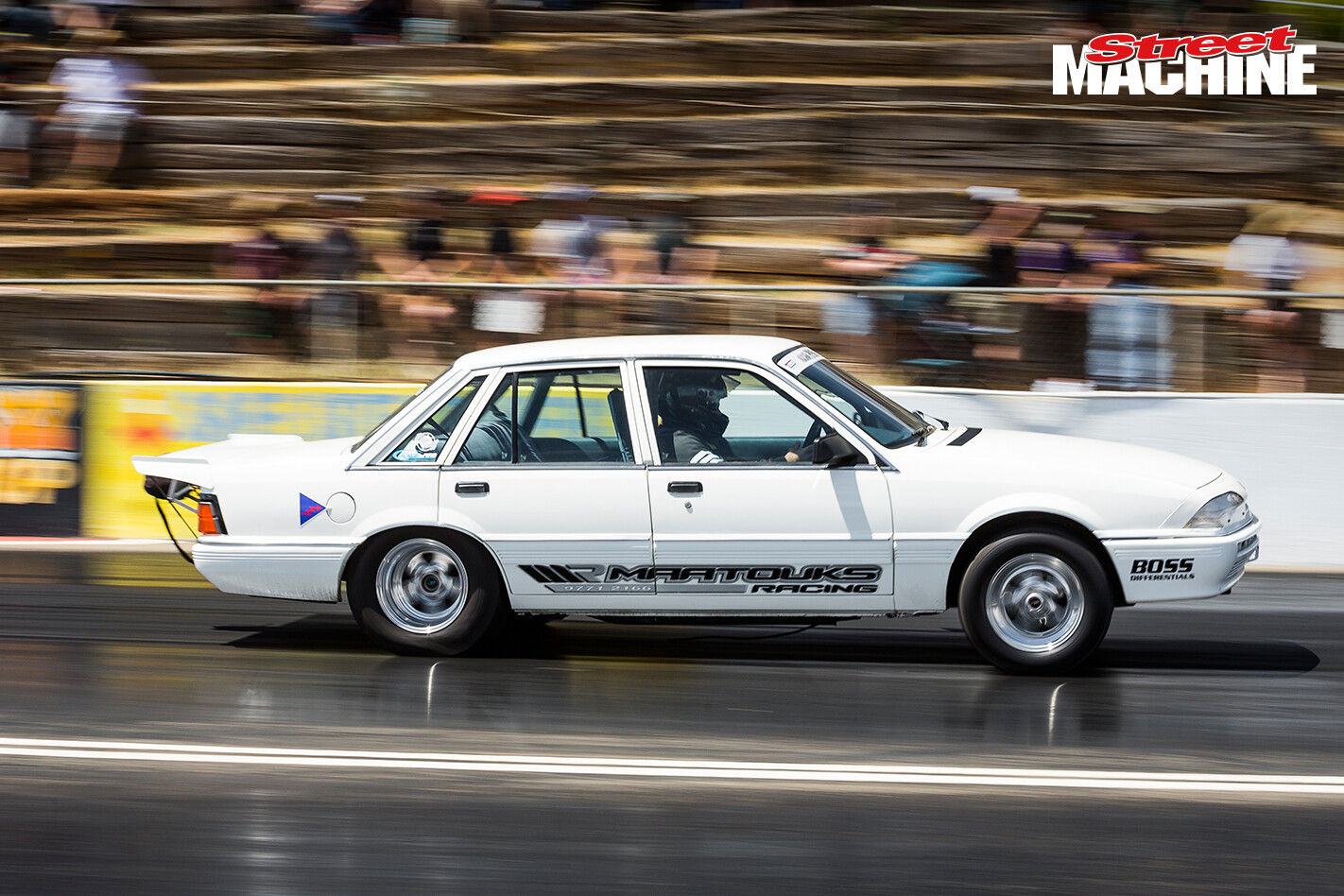 Steve has owned the car for nine years, and started Drag Challenge well with a 9.66@145mph. In fact, that was Steve’s best result of the event and a PB with the car. “Being a fresh build, we had a few teething problems,” he admitted. “We haven’t driven it for four years. We fitted a towbar and got it registered on the Friday [before the event]!” The rear end is a Boss Differentials-built nine-inch and installs to the Commodore’s Boss-reinforced mounting points with 6mm chrome-moly adjustable tubular arms.

A real nice touch to the interior is the pair of Kirkey alloy race-spec front seats trimmed in Berlina ribbed cloth to match the original interior. 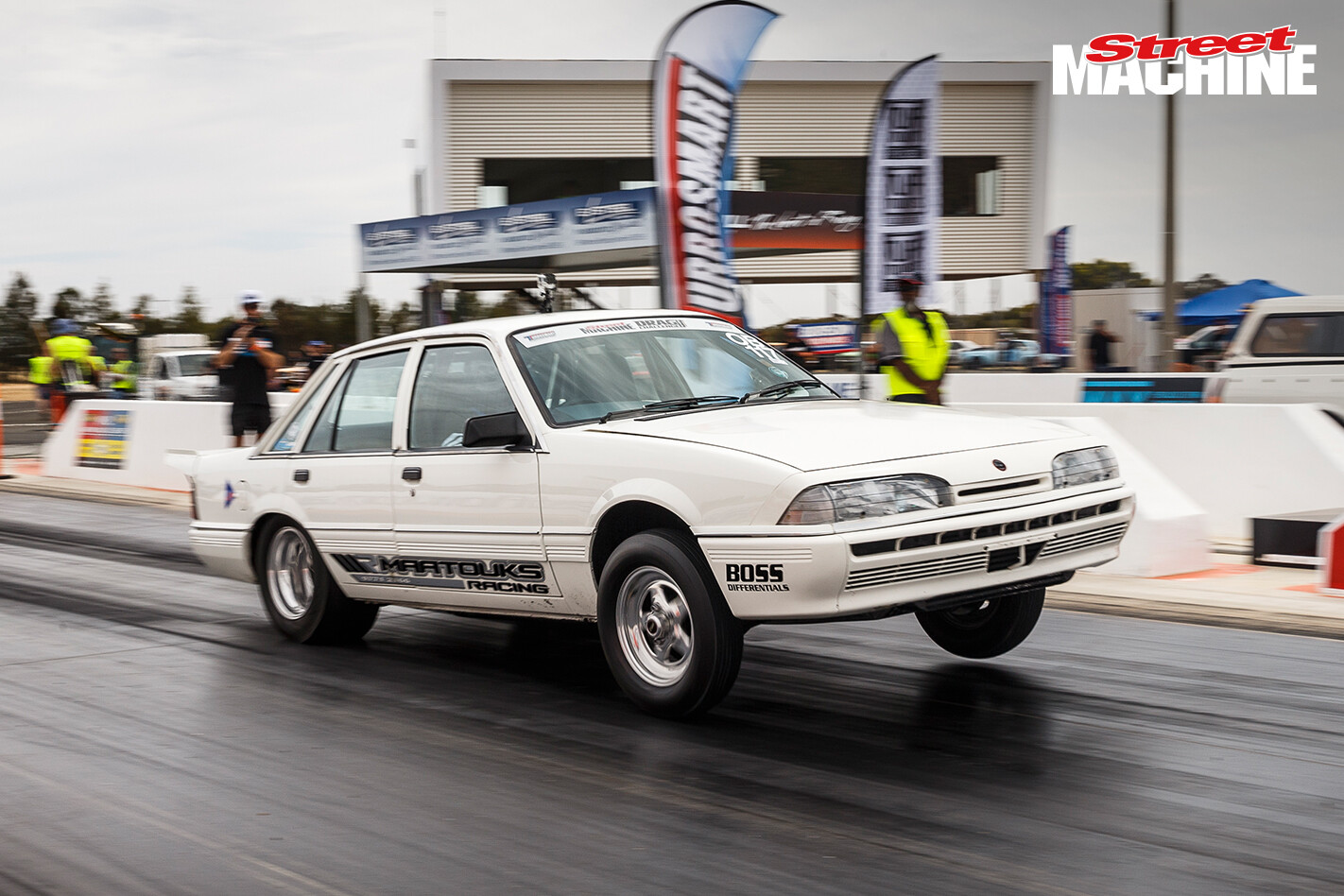 Like many other cars, the Commodore’s fuel pumps suffered in the hot weather on Day One. Later, a concern with the noise from the Mr Transmissions-built, R33 Skyline-cased, PAR straight-cut cogged manual meant a quick in-and-out at Mildura. “We had to take the ’box out to check the thrust bearing,” Steve said. “We changed the oil to a synthetic at Swan Hill and that seemed to fix it.”

Sadly, that didn’t fix the popped intercooler that eventually took its toll on the turbo.