NOTHING starts a pub argument as quick as politics, religion, or what a ‘true’ street car is. Alex Moshopoulos’s XY Falcon will quell some of that banter, having run mid-eights but also clocking over 10,000km on the street in the past three years, which made him a real threat in the Turbosmart Outlaw Blown class at Drag Challenge 2018. 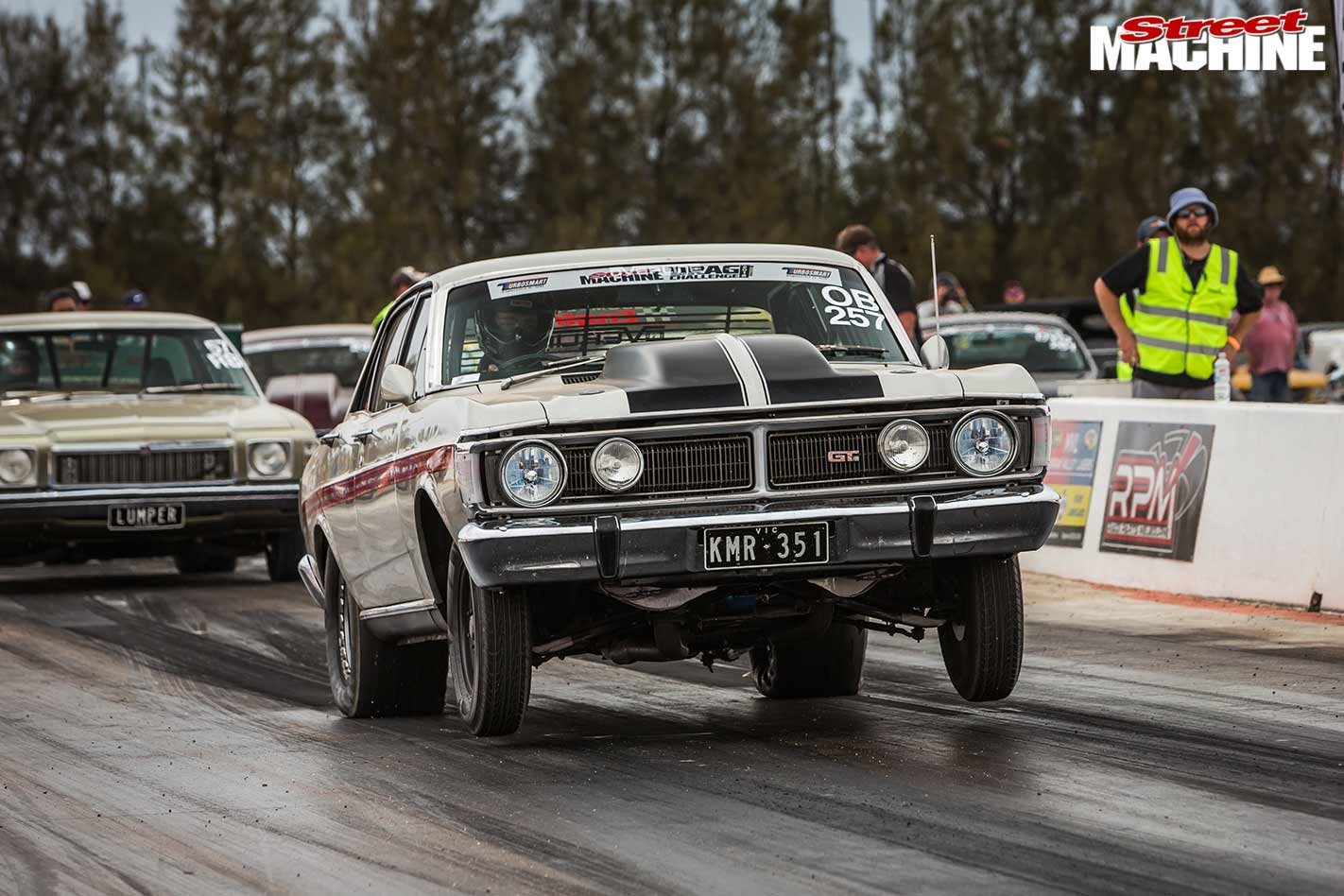 It is backed by a two-speed Powerglide transmission, 2900rpm 10.25-inch SDE converter and a nine-inch running 3.5:1 gears. 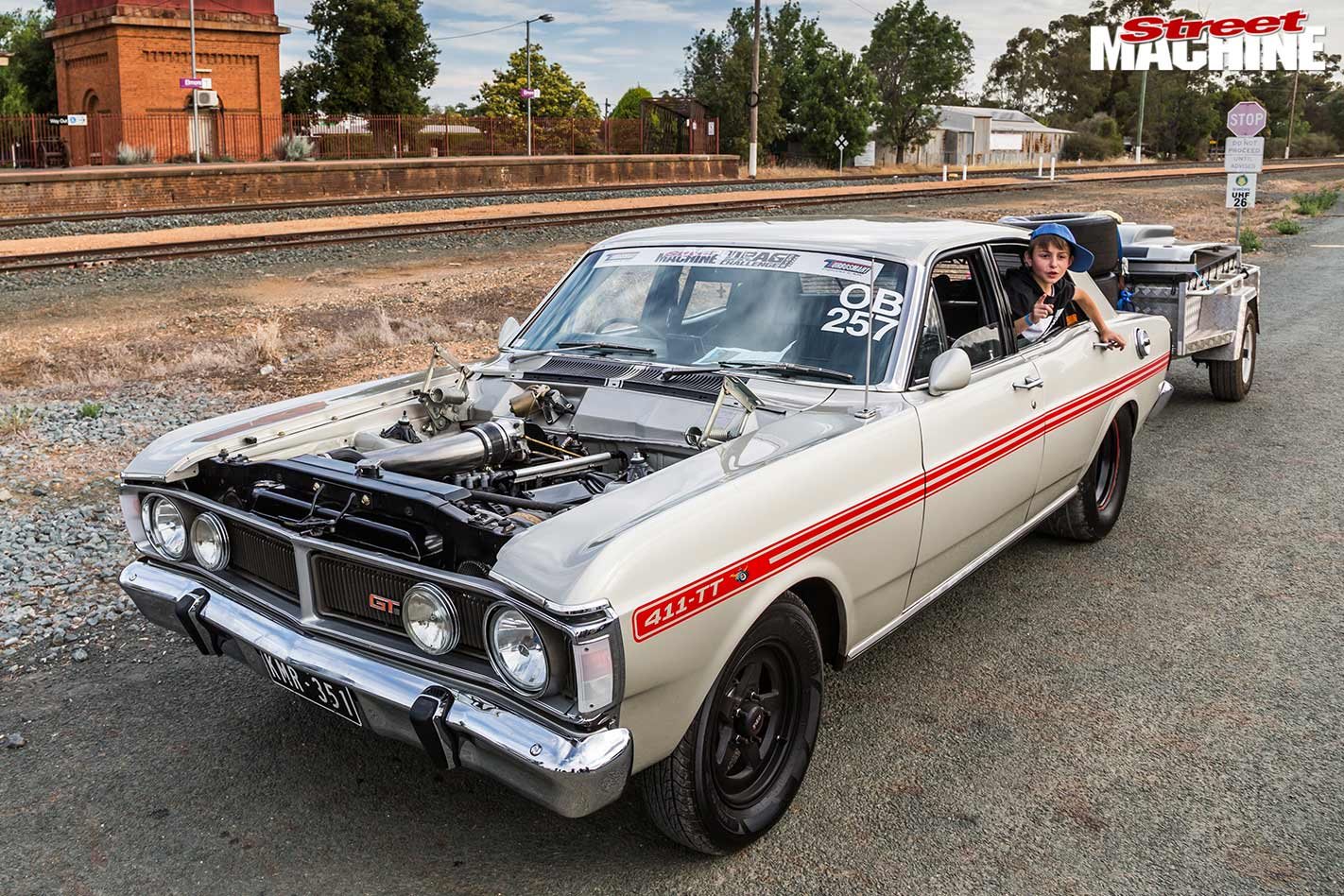 “I only entered three weeks ago when we realised Zoran’s car wasn’t going to be ready in time for this year’s Drag Challenge,” Alex said. “We changed the turbos to the billet GTX units and picked up 134rwhp. I’ve owned the car since I was 16 and have done most of the work myself, as I’m a painter.

Originally it was a 351 Cleveland, but six years ago I decided to turbocharge it.” 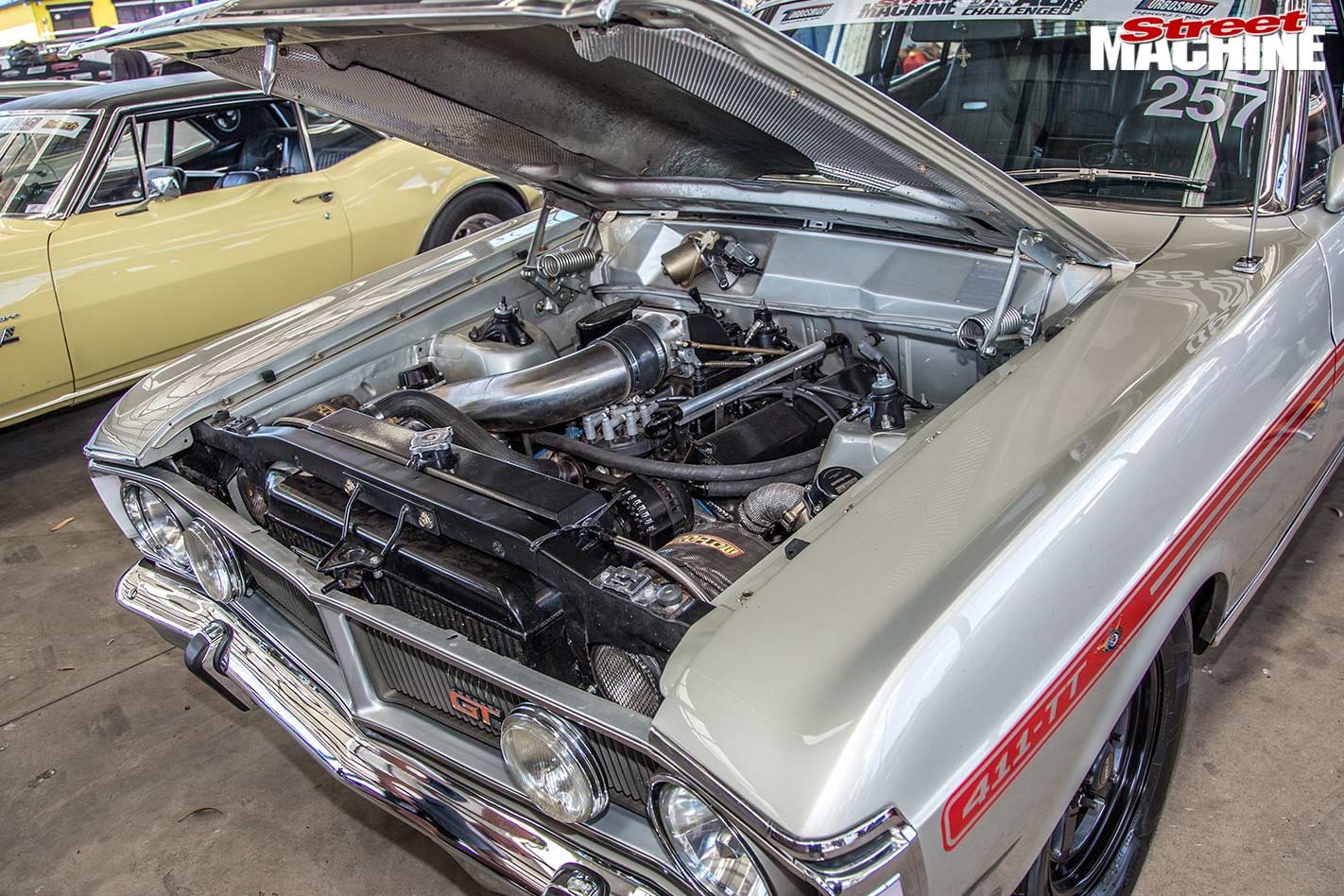 Having racked up 10,000km on the road since the last freshen-up three years ago, Alex was confident from the outset that his car could avoid the troubles of other last-minute entrants thrashing to get their cars done in time.

“It has been great so far reliability-wise, but I really wanted to push the car if the tracks would take it,” he said. 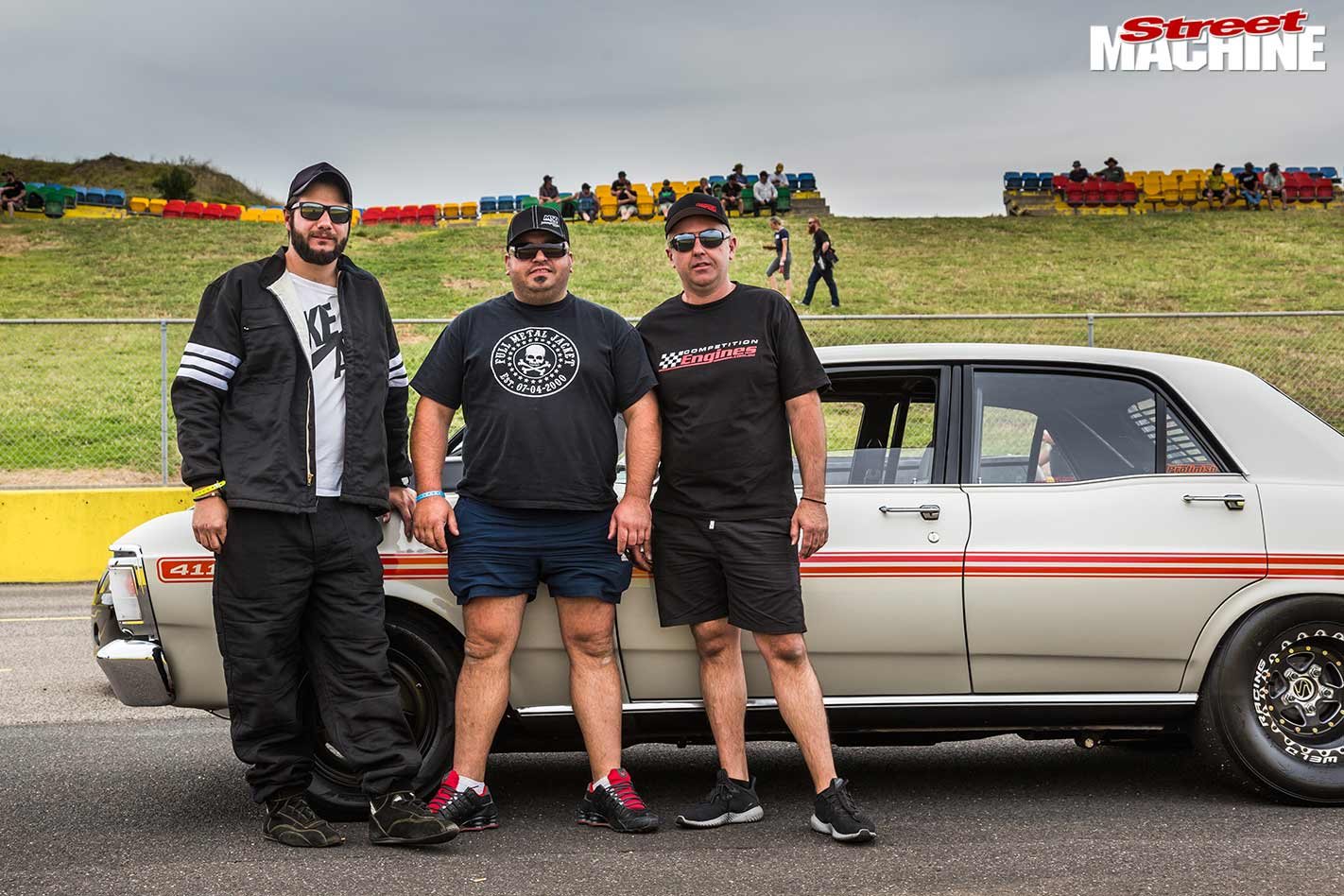 Alex’s Day One ended with some cooling issues after running an 8.13@146mph over the 1000ft at Calder, but he pushed through and made it 400km up the road to Swan Hill for Day Two, where he stopped the clocks at 8.79@135mph after struggling to find grip. 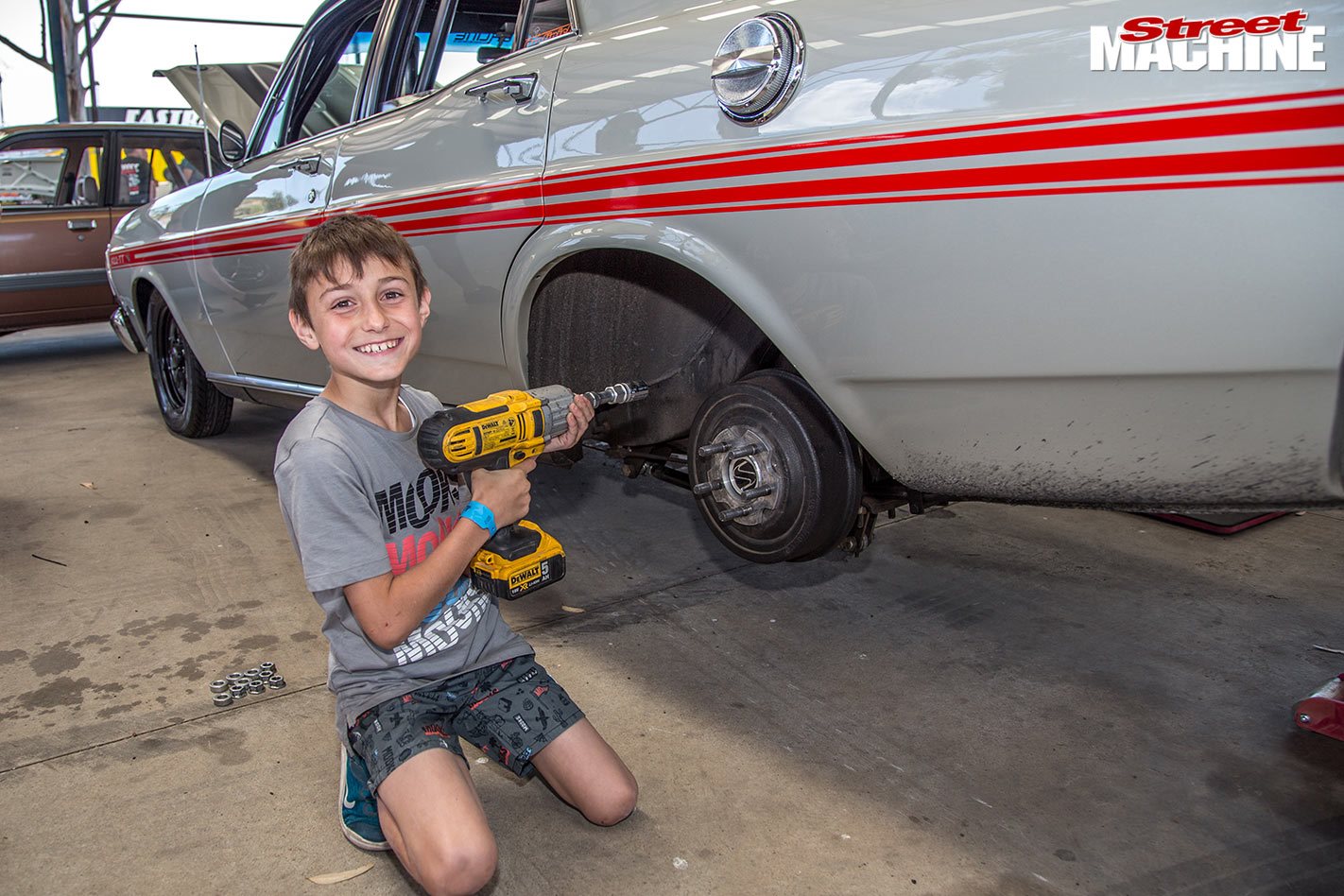 Mildura’s Sunset Strip eighth-mile tested the heavyweight Falcon, but Alex came away with a 5.56@128mph, before trekking back to Swan Hill for a PB of 8.48@158mph. The twin-turbo XY finished the week with a 6.77@155mph at Calder’s 1000ft strip on Day Five, sealing third place in Turbosmart Outlaw Blown and 10th Outright.