ADAM Rogash from MPW Performance in Keysborough has taken on Street Machine Drag Challenge every year since 2015. His race-spec HSV ClubSport known as NOSHOW was one of the first cars at the event to run sevens in the quarter-mile, but for DC 2017 he built the ALLSHOW VK. ALLSHOW is more of a street car, yet it runs even quicker than the heavy old Clubby did, with a PB of 7.75 down the quarter to its name. 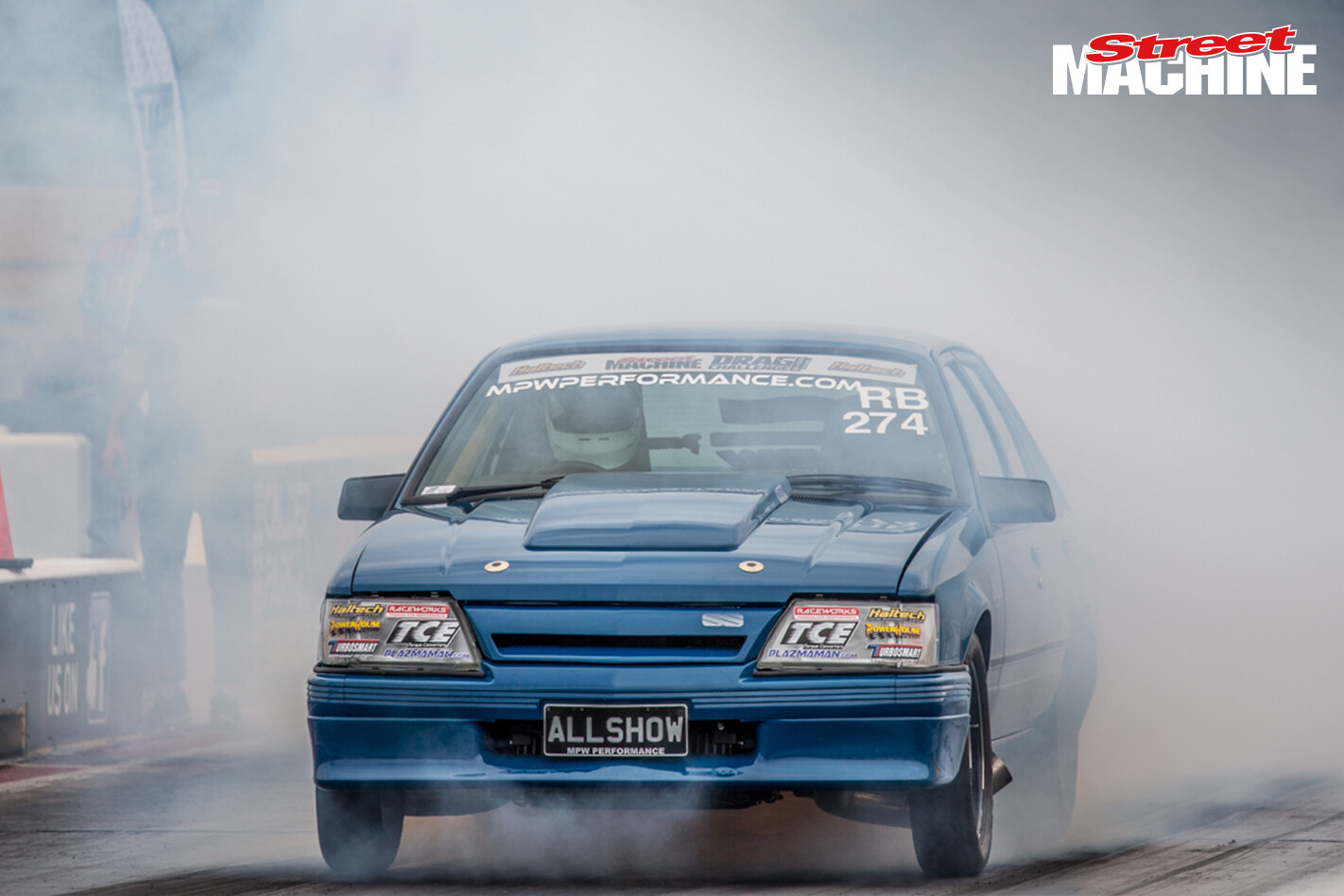 For this year’s Drag Challenge, Adam made a few small but significant changes to the VK, including taller diff and gearbox ratios to soften the hit out of the hole, long-travel rear shocks, bull-horn exhaust, and a whole bunch of new sensors from the guys at Haltech. Luke Waldon, an engineer from Haltech, crewed with Adam this year to see just how much is involved in getting a car to perform and survive at Drag Challenge. The goal was to finish the event with a seven-second average. Before ALLSHOW even arrived at Drag Challenge, the battle was on. On Saturday night before the event, the car started making a weird noise as it was being loaded into the trailer; it turned out a bearing had failed on the oil-pump gear drive. So the motor was pulled apart, the bearing replaced and put together just in time to make it to scrutineering at Calder Park on Sunday. 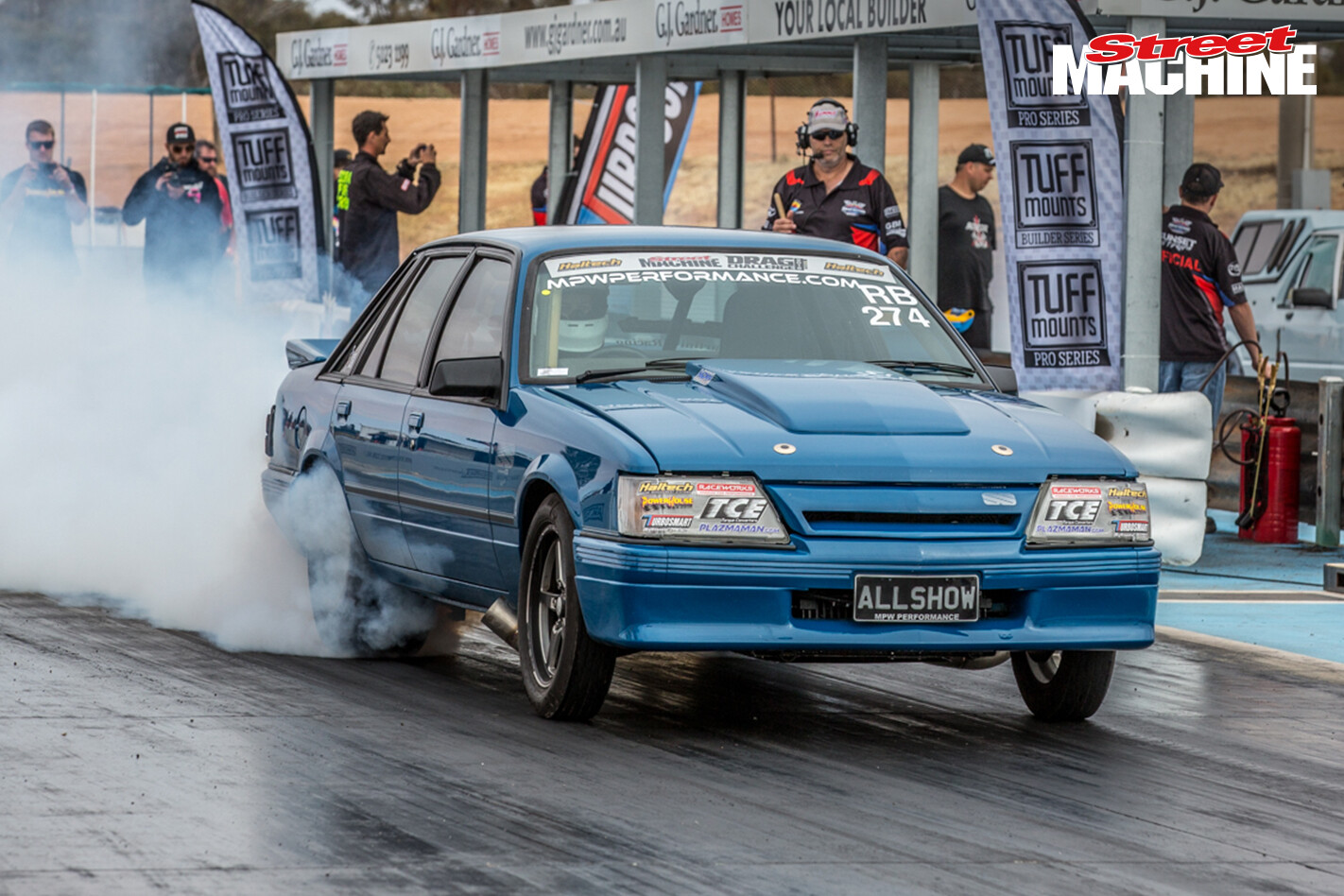 From there ALLSHOW was on-song, running 6.59 in the 1000ft at Calder on Day One, 7.88 over the Swan Hill quarter-mile on Day Two, a 5.26 at Mildura’s eighth-mile after countless passes blowing the tyres off, and a 7.78 on Day Four back at Swan Hill. The new driveline combo was certainly working, with the twin-turbo LS still on low boost compared to what Adam had seen on the hub dyno making close to 1600rwhp a few days earlier. It seemed like Adam and his crew Luke and Cameron would cruise through Drag Challenge with barely an issue. That was until they found themselves on the side of the road somewhere between Swan Hill and Calder Park on Day Four with a cracked converter. Fortunately Adam had a spare in the trailer, but swapping a converter on the side of the road ain’t fun! They drove back to Melbourne with the spare in place before welding up the cracked one back at home.

Adam and crew cruised through the gates for the final day in close contention for third place overall, with Lorenzo Gullotto just ahead. Adam laid down a blistering 6.51 in the 1000ft, but Lorenzo went even quicker with a 6.47 in his VL Commodore which still uses the factory rear suspension design. Adam finished up the event fourth overall and third in Haltech Radial Blown, making it his fourth consecutive top-three class finish at Drag Challenge. Oh and if you work out the 1000ft and eighth-mile numbers, Adam did indeed finish with a seven-second average.