THAT'S every Drag Challenge and DC Weekend except the very first, which Alon didn’t win because he wasn’t there!

Alon’s extraordinary Drag Challenge record is testament to the speed, reliability and consistency of the little fastback Ford that he bought in 2012. Already modified and with history in both NSW and Queensland, the car has since been totally transformed. 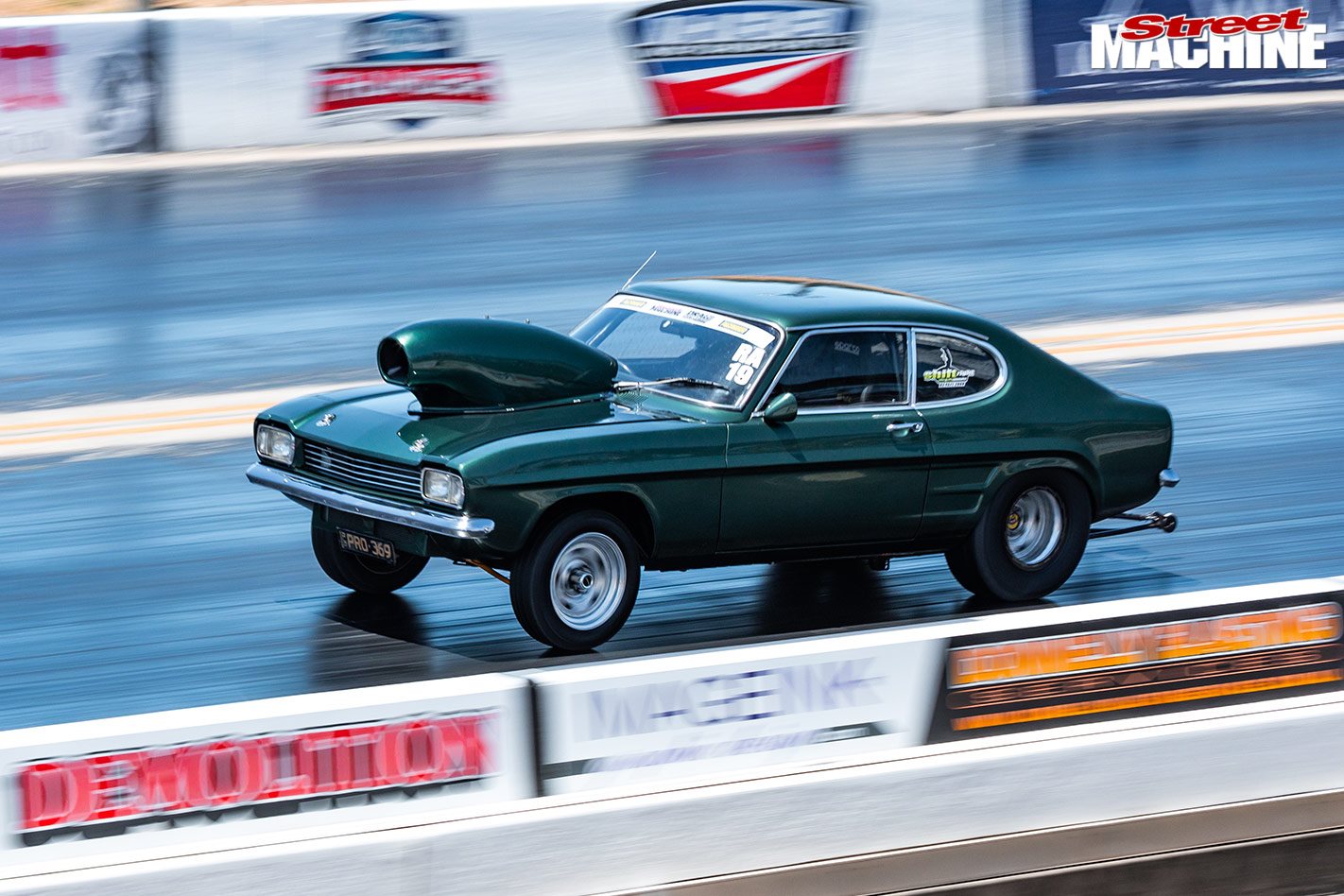 Power comes from a 460-cube small-block Ford. At first, that doesn’t seem to make sense – 460ci is big-block capacity. But Damian at BG Engines packed and poked all those cubes into a Dart block with a Bryant Racing crank, Ross pistons and Callies rods. The heads are Edelbrock SC1s, and that gorgeous intake manifold with the Ray Edwards carb set-up (a big part of the car’s success) is an in-house BG product, too. 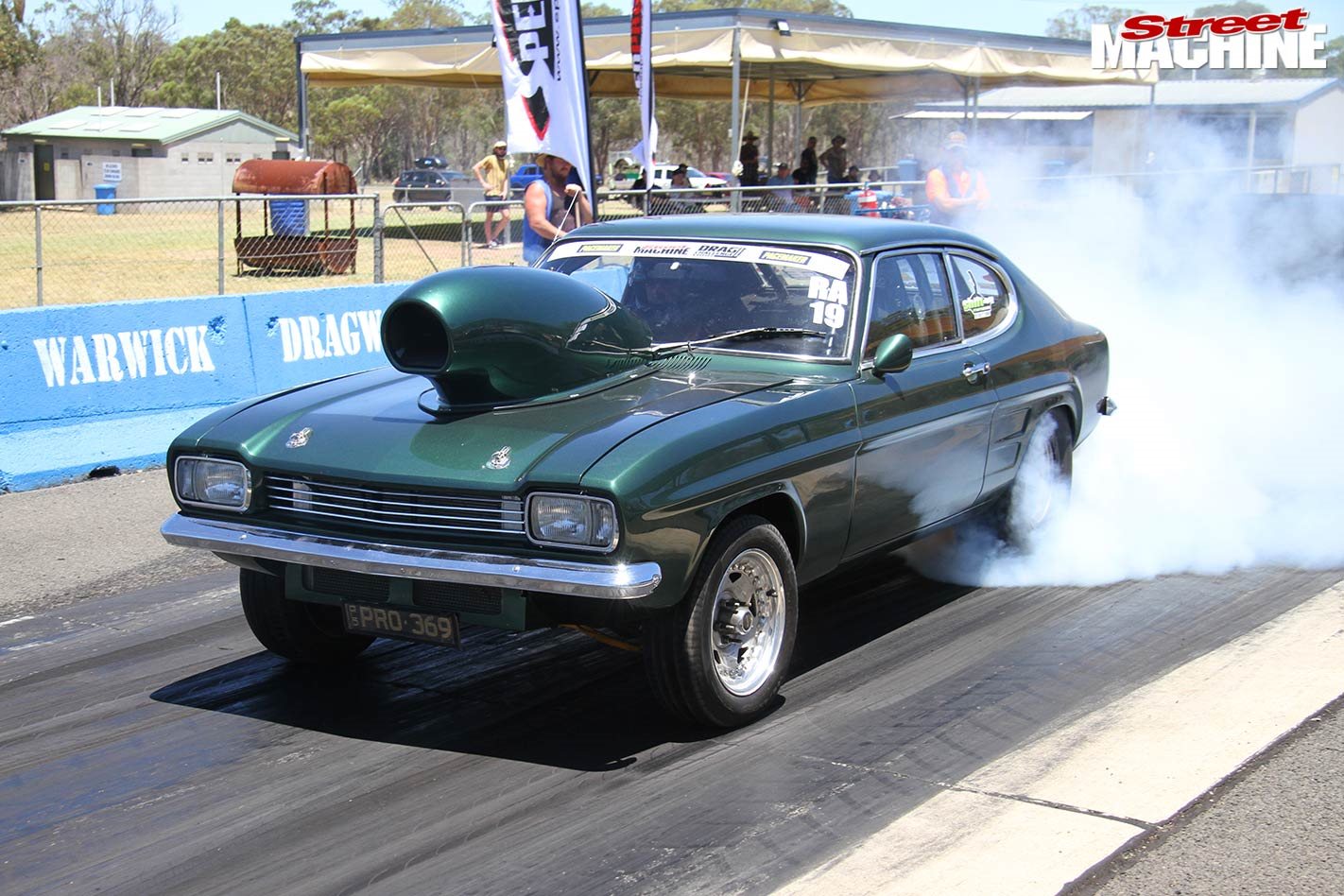 On the engine dyno, power is a smidgen over 1000 horses. An SDE 7200rpm converter fronts a three-speed C4 auto with a ‘fourth’ gear thanks to a Gear Vendors overdrive that gives a good compromise between deep gearing and cruising revs. Out back, the nine-inch rear end carries 4.3:1 gears. 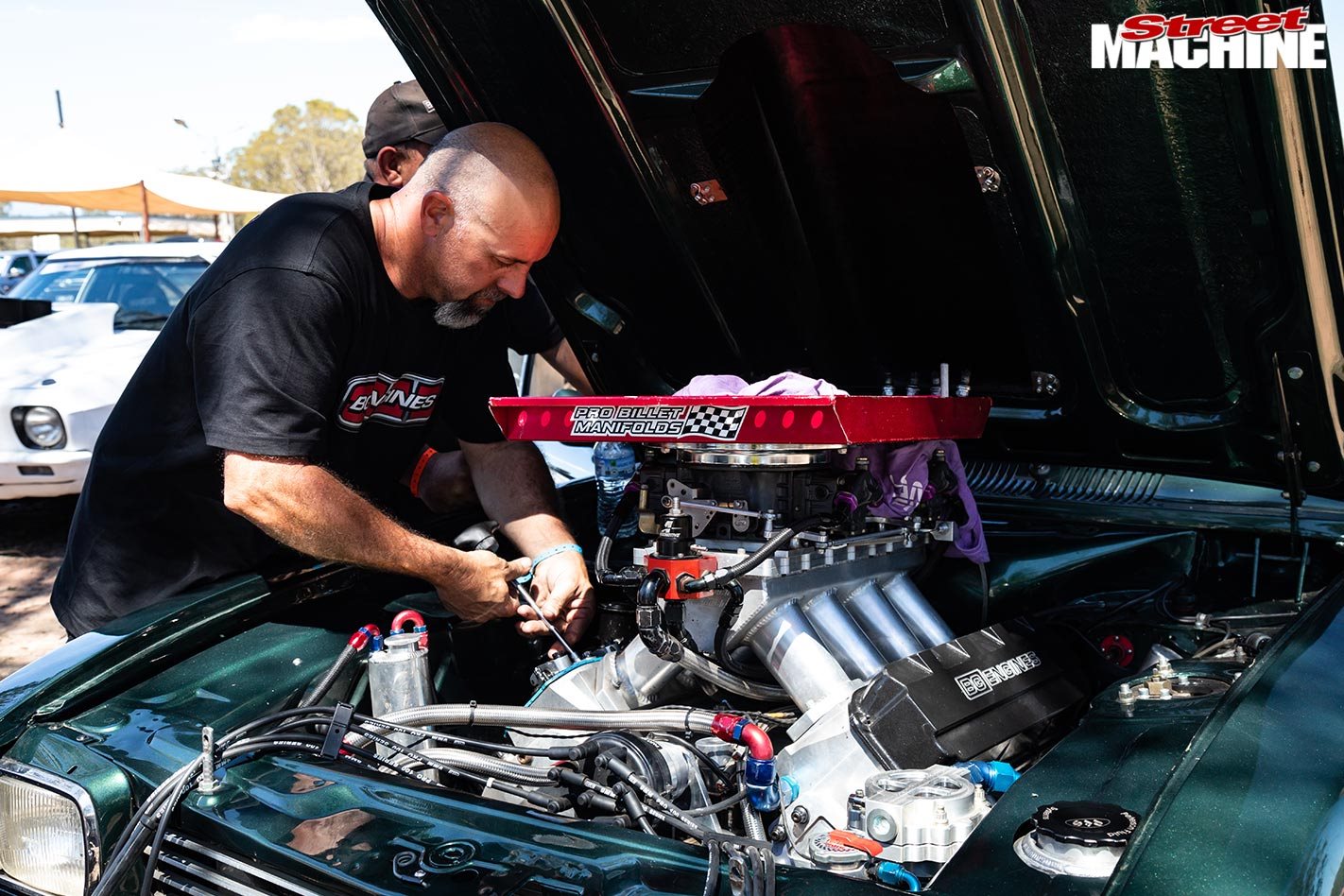 The maintenance regime for this motor is critical to its success, and development has helped there, too. “Since the dry sump went on, we’ve had fewer problems,” Alon said. “Honestly, we did Drag Challenge Weekend in Queensland last year, and then Melbourne [the week-long Drag Challenge], and we pulled the motor and tipped it upside down to check the bearings. They went back in and we’ve run it again.” Gotta be happy with that!

To help the car survive the hundreds of kays of driving between tracks, Alon and his crew ‘de-spec’ the engine with lesser-ratio rockers to reduce valve lift and dampen the valvetrain harmonics, increasing reliability at the car’s 100km/h cruising revs of around 2800rpm. “You don’t just need the power; you need the reliability to do the street miles in this event,” he said. 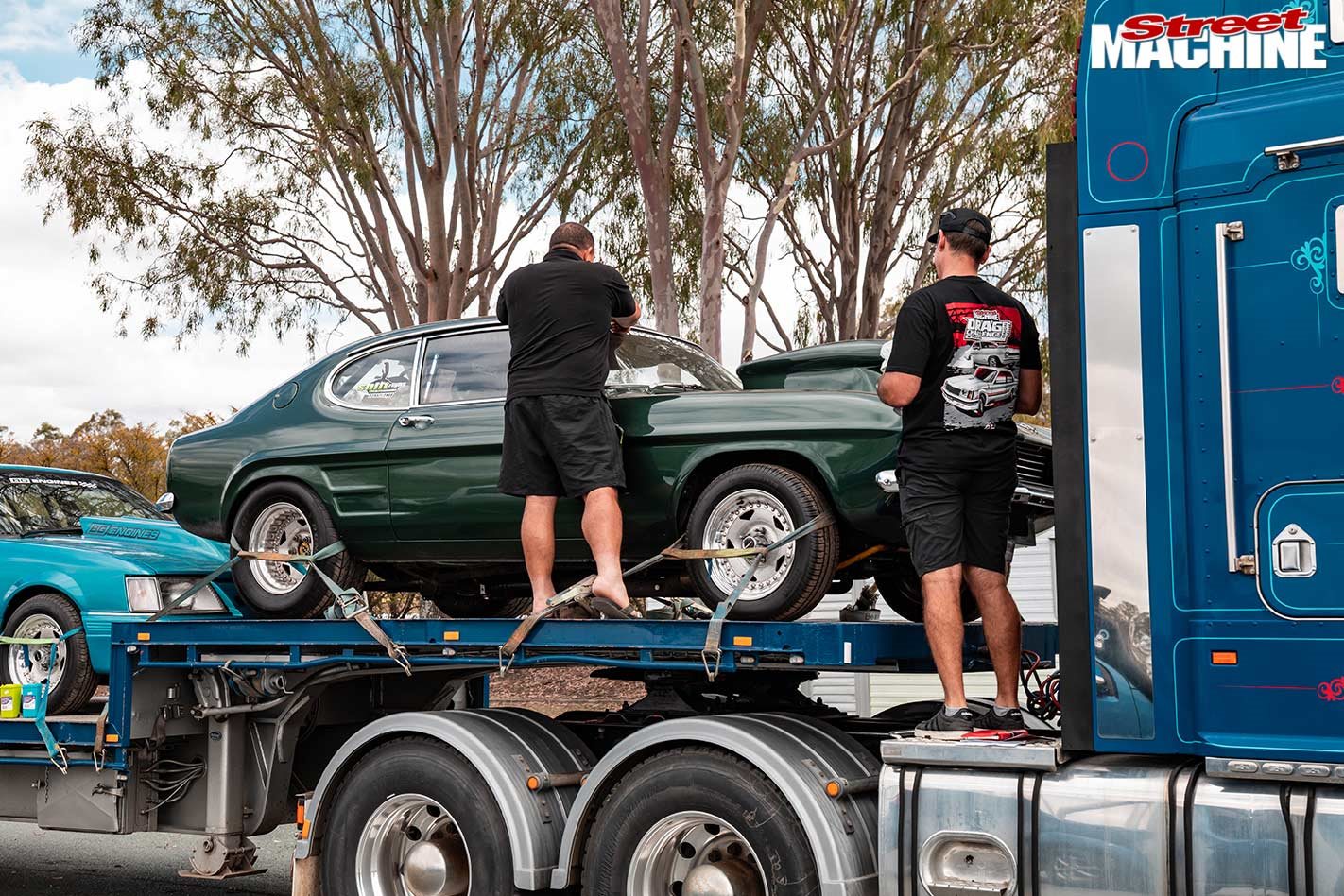 Alon opened his DCW 2020 account with an 8.90@152mph on Day One at Willowbank, followed up with a short-track time of 5.70@122mph at Warwick. Fittingly, he wrapped up the weekend (and his eighth Pacemaker Radial Aspirated title) with his best result of the event: 8.85@150mph.

Can he make it nine on the trot next year? You’d be nuts to bet against it. 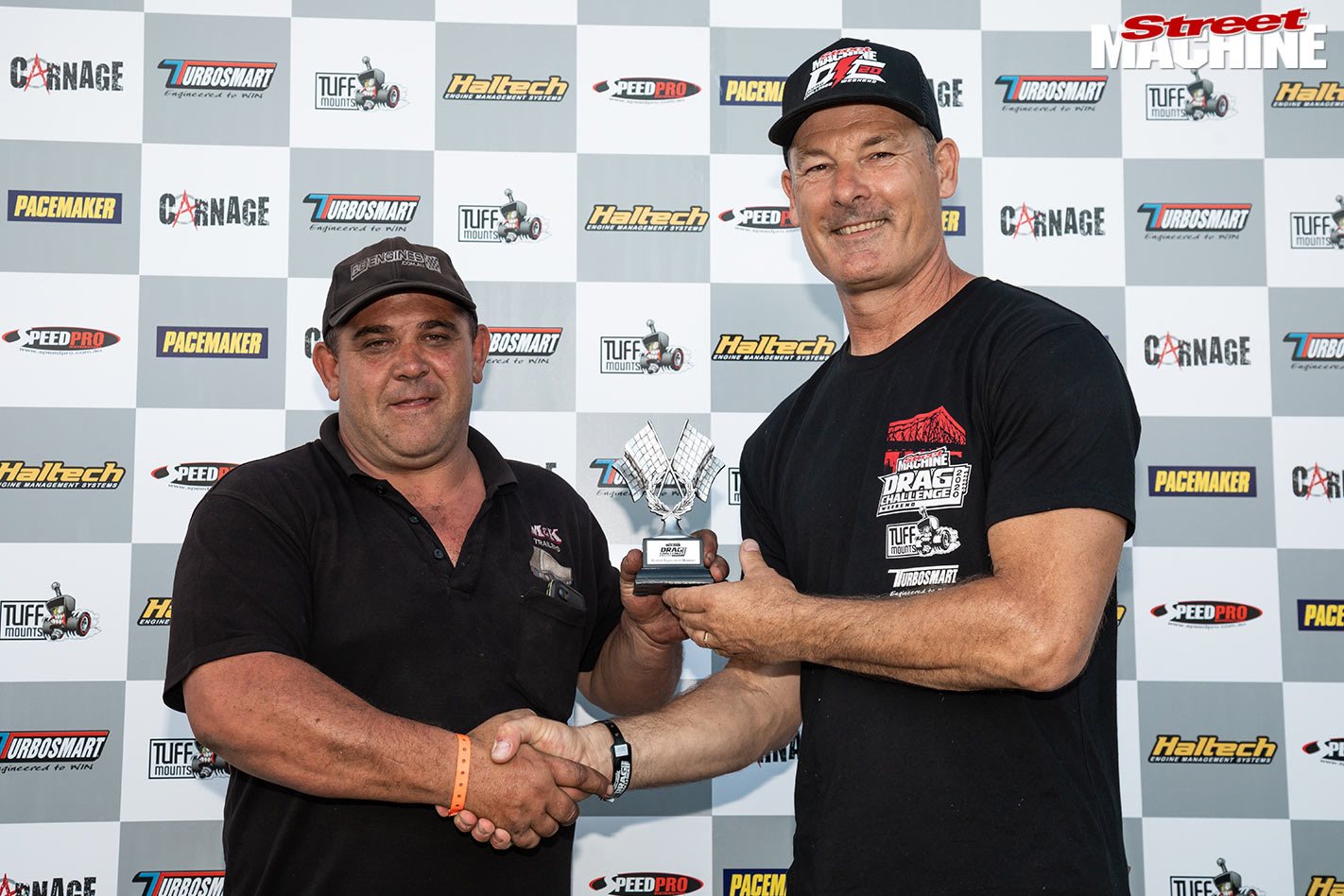