“The car ran good; it went 8.9 on the first day, so we’re pretty happy,” said Al on Day Three. “We went 9.0 today, and while we were hoping for eights all week, that’s life. I really enjoyed it as usual. It was a really good event.” With approximately 1000 all-motor horses to call on, the big-inch, big-rpm Windsor was a stout performer even on the tricky Warwick eighth-mile, where it was the only NA car to dip under the six-second bracket, running 5.85@118mph through a full exhaust system! Though he ran a single 1250cfm Dominator at previous Drag Challenge events, Alon turned up with dual Ray Jay four-barrel carbs perched atop the Pro Billet intake manifold for the first Drag Challenge Weekend. 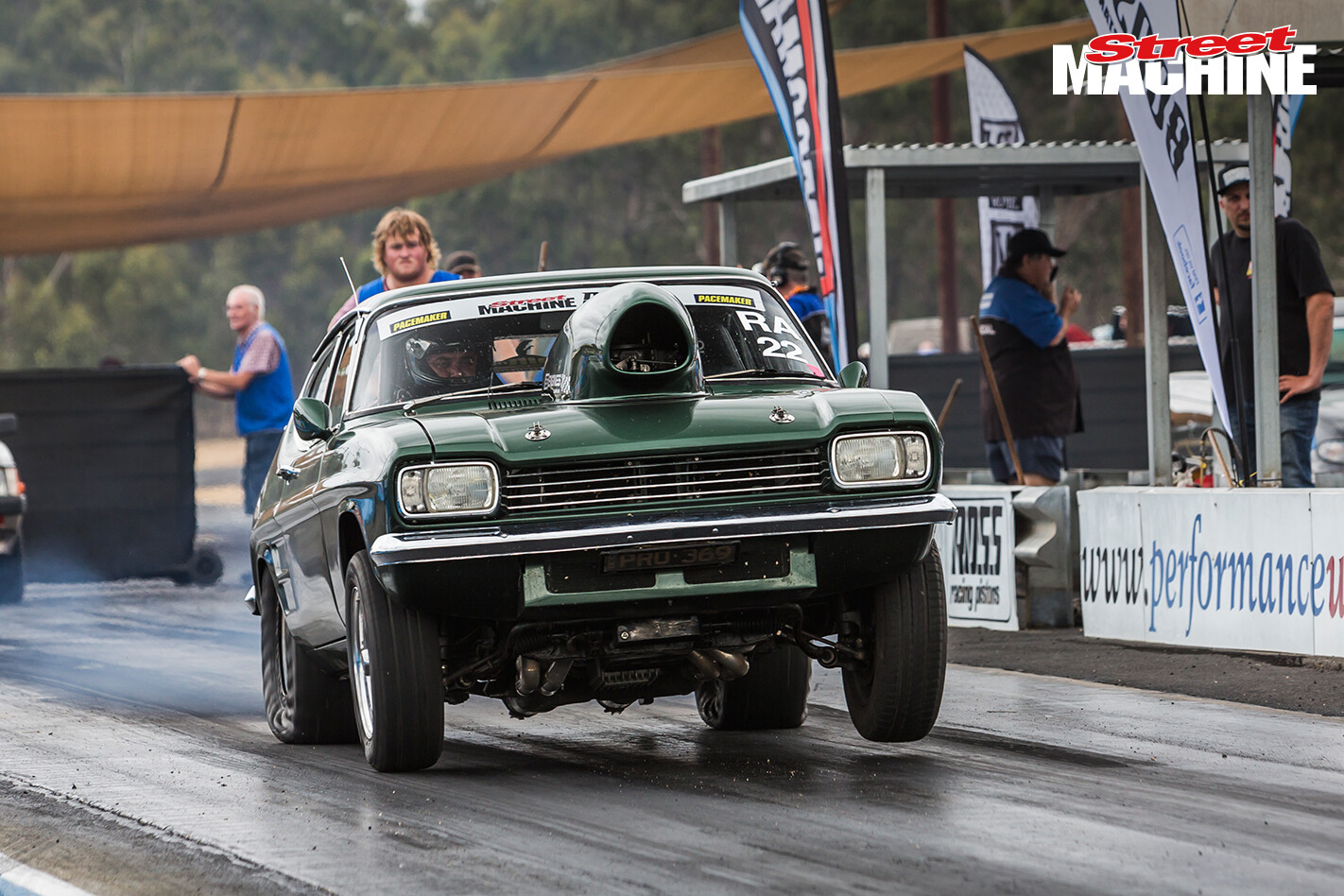 While experience was on Al’s side, this was no simple cakewalk for the New South Welshman, with a field of hardcore competitors ready to pounce should he have suffered any issues.

At the end of Day Three, Queensland local Pat O’Shea was only 1.35 seconds behind Alon, with his exquisitely prepared XR Fairmont displaying ultra-consistent mid-nine-second pace all weekend. This was despite having to undertake a gearbox rebuild on Day One! “I thought we were done on Friday, so to make the end of the event and finish second is pretty cool,” Pat said. There were valvetrain issues for Drag Challenge veteran Nathan Ghosn’s Capri, which held it to fourth place in class, just behind Brodie Olsen’s immaculate 383ci Holden-powered LX Torana hatch in third. Brodie’s plastic-powered three-door ran in the nines across the weekend, getting it done on a little 235 tyre!