DON’T feel bad for not recognising what this is; at first, we didn’t either. But when you see something as ratty as this lifting its wheels on its way to a quarter-mile time at the pointy end of the Street Machine Drag Challenge results, you gotta start asking questions! It’s Paul Mulcahy’s Austin Lancer – and it runs 10s. 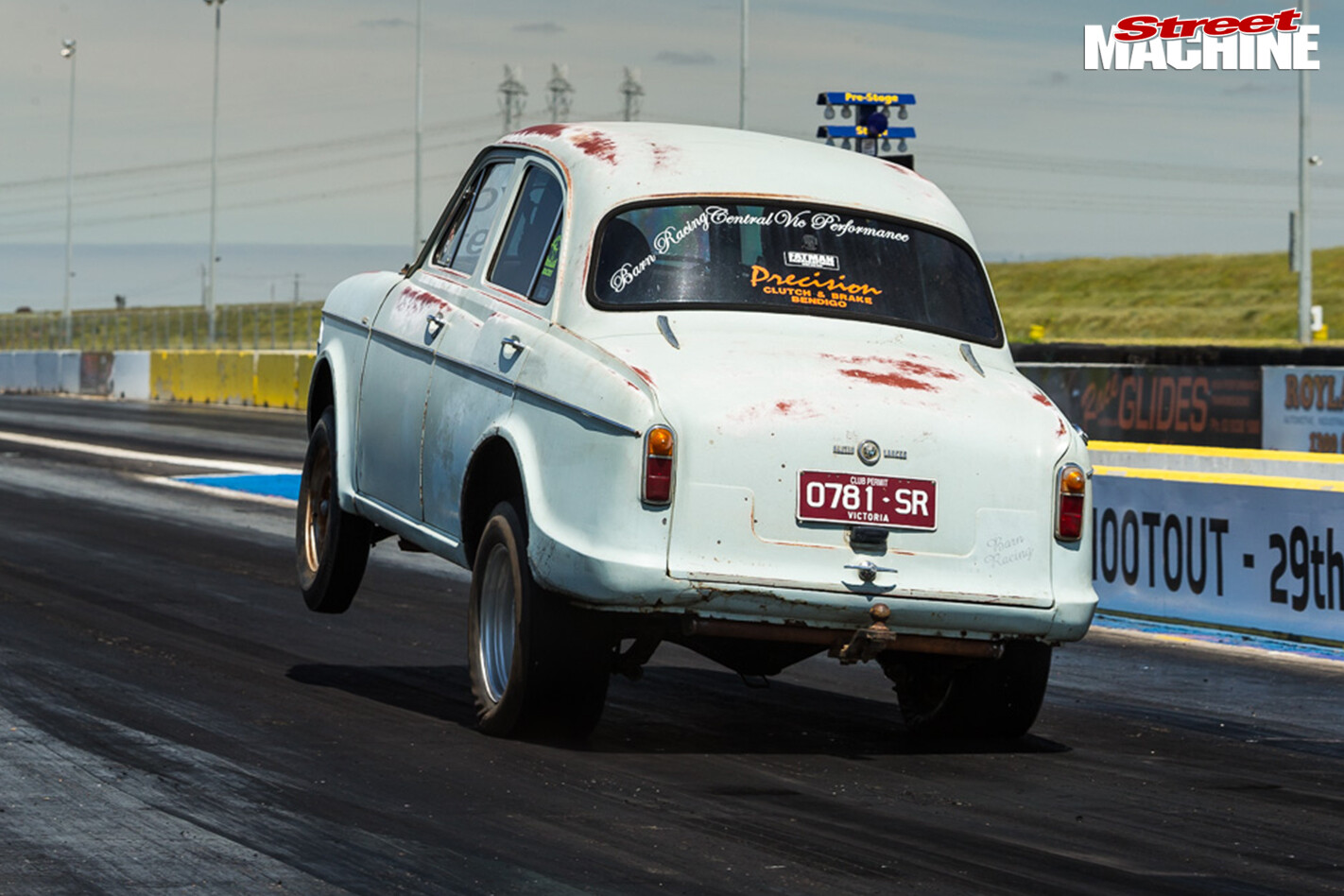 “Up here, we make fast cars from crap!” laughed Bendigo-based Paul of his Aussie/Pommy relic, which rolled out of the factory in 1958 with a wheezy 1500cc four-pot. “It’s been registered for nine years with a turbo V6 in it. But now it’s twin-turboed and supercharged!” Uh-huh! Under those three boost-adders is a self-built 3.8-litre V6. Behind the obviously punchy donk is an ex-Commodore TH700 four-speed automatic.

“I built that trans a decade ago,” Paul said. “I freshened it last week; it just needed a pan gasket. It still has the lock-up in the converter so it cruises at 2200 revs at 110 kays an hour.” The third member in the powertrain is a chopped-down Toyota HiLux differential strapped to the original Austin leaf springs, with a couple of extra bars added for some stability when this ol’ dog is pawing the air. The mini-tubs are made from old Brownbuilt shed shelving! 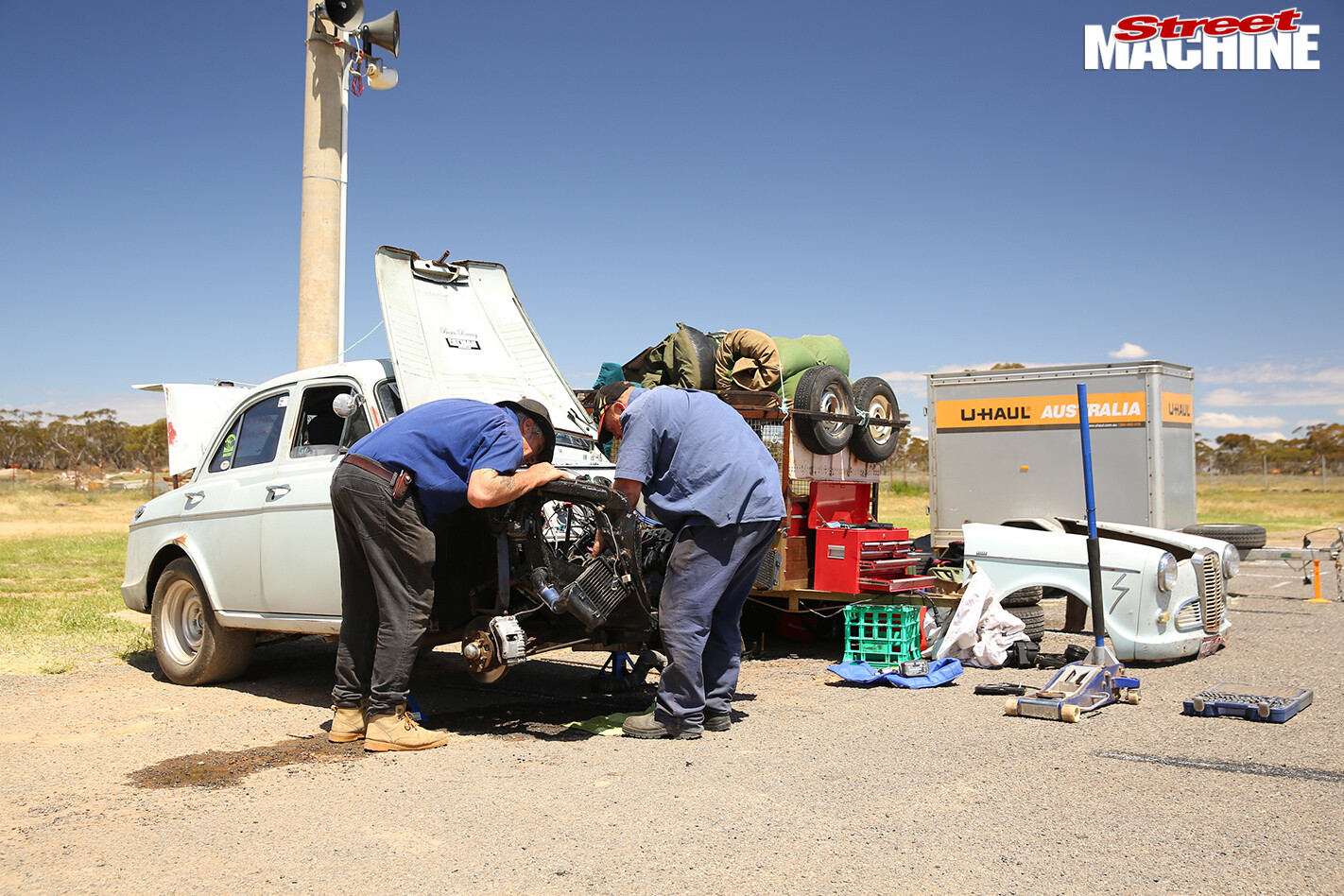 There’s not much to the underside of these 50s-era Pommy cars, so Paul has added chassis bracing up front to help support the engine-bay sides, and standard torsion-bar front suspension and some chrome-moly barwork in the cabin to help stop the doors popping open when the light goes green. At the fast end of the strip, Paul relies on his Camira-over-HiLux front disc brake conversion – and the HiLux rear drums – to slow this 500hp-at-the-tyres monster down. 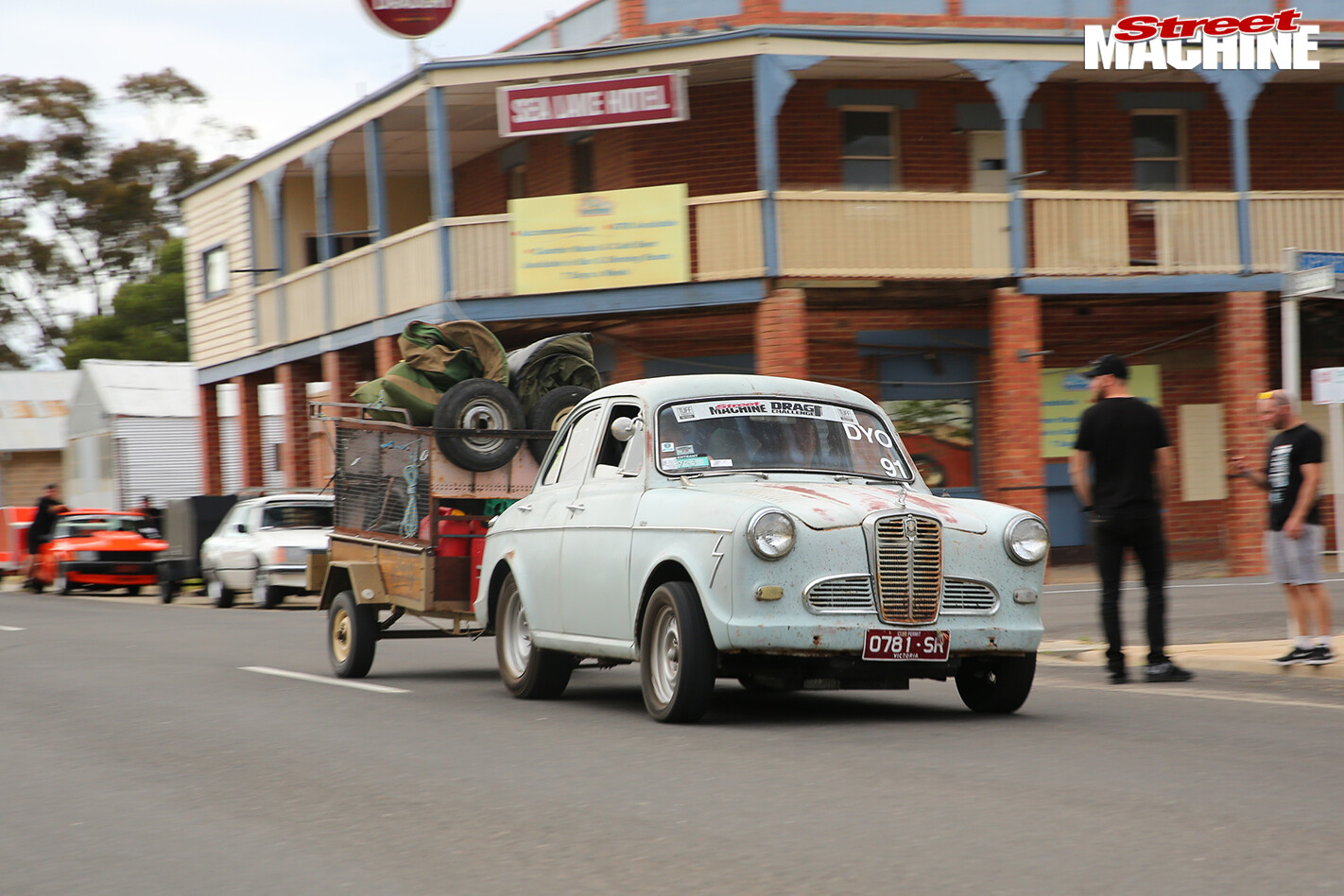 With its previous turbo motor, the little Austin ran consistent 10.5s prior to Drag Challenge, but with the new multi-pumped motor, the car started Drag Challenge way below its potential, with a 12.4 at Calder on Day One.

“The engine was machined last week and assembled into the car on Saturday,” said Paul of an 11th-hour thrash that would be familiar to many other Drag Challenge participants. “We started it on Sunday morning and left for Calder 25 minutes later!” 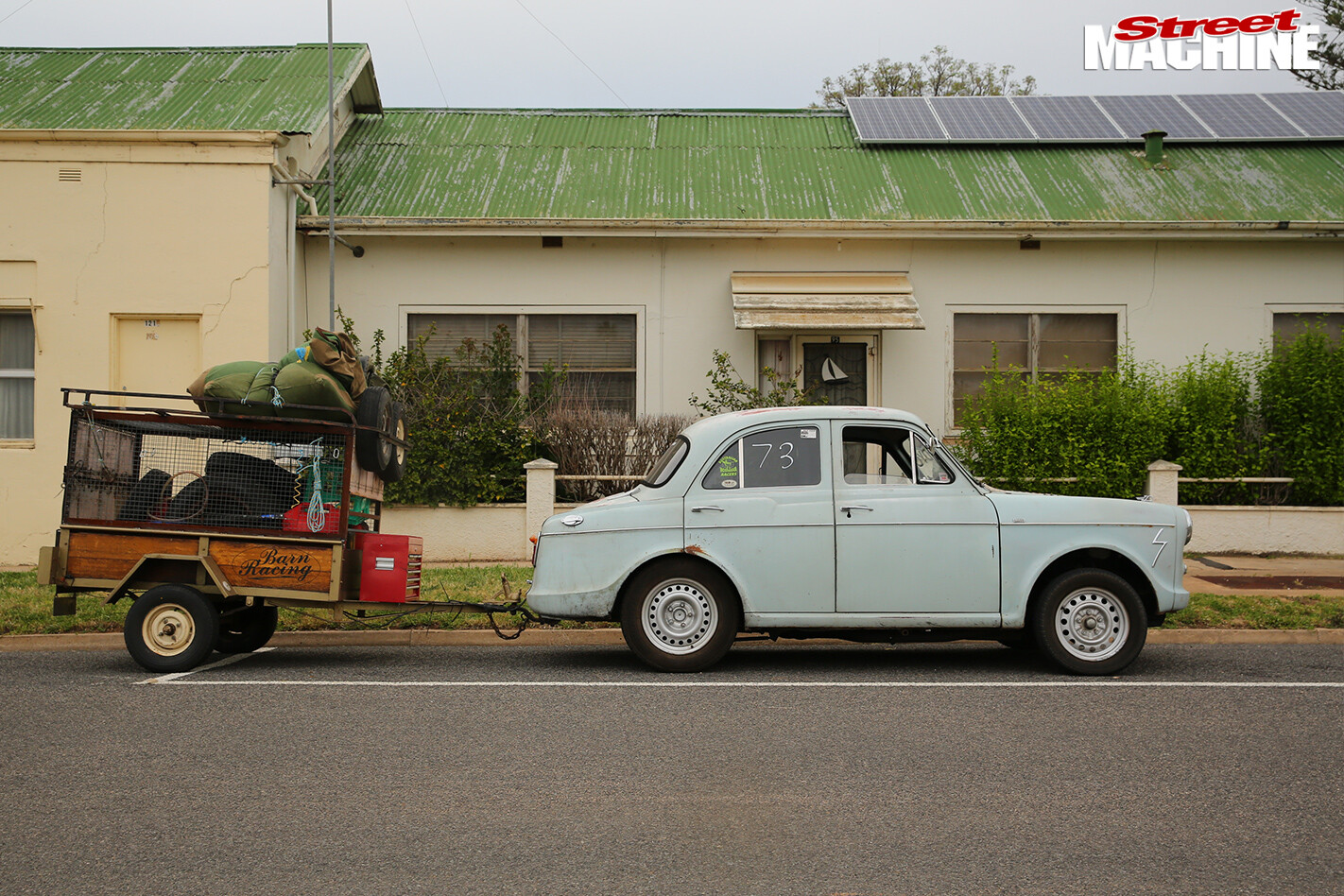 Even with on-road tweaking of the GM-Delco management system to suit E85 fuel, trouble struck on Mildura’s eighth-mile on Wednesday. “I saw a boost spike to 30psi,” Paul said. “So I got off the pedal. We’d been playing with the tune and we popped the head gaskets.” 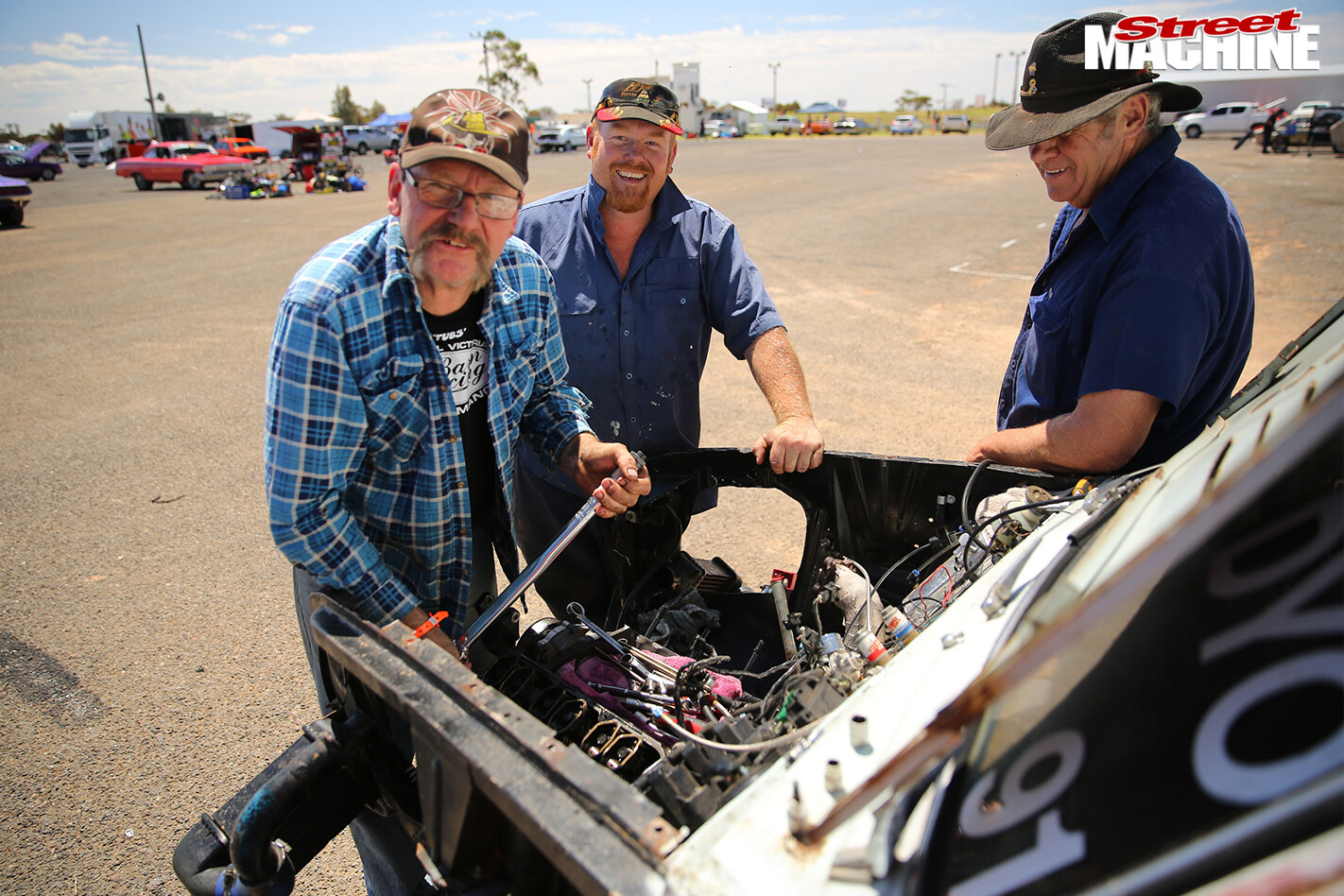 That’s why the engine was stripped to a long block in the paddock at Mildura. In blazing sun, Paul and his mate Marcus Lea spent five hours removing the nose from the car, dropping the turbos, lifting the ex-Commodore Eaton blower and unbolting the heads to replace both head gaskets. The lads got it together again, laying down a best of 11.3@118mph at Swan Hill the next day – Paul’s best run of the week – and completing the event at Calder on Friday night. 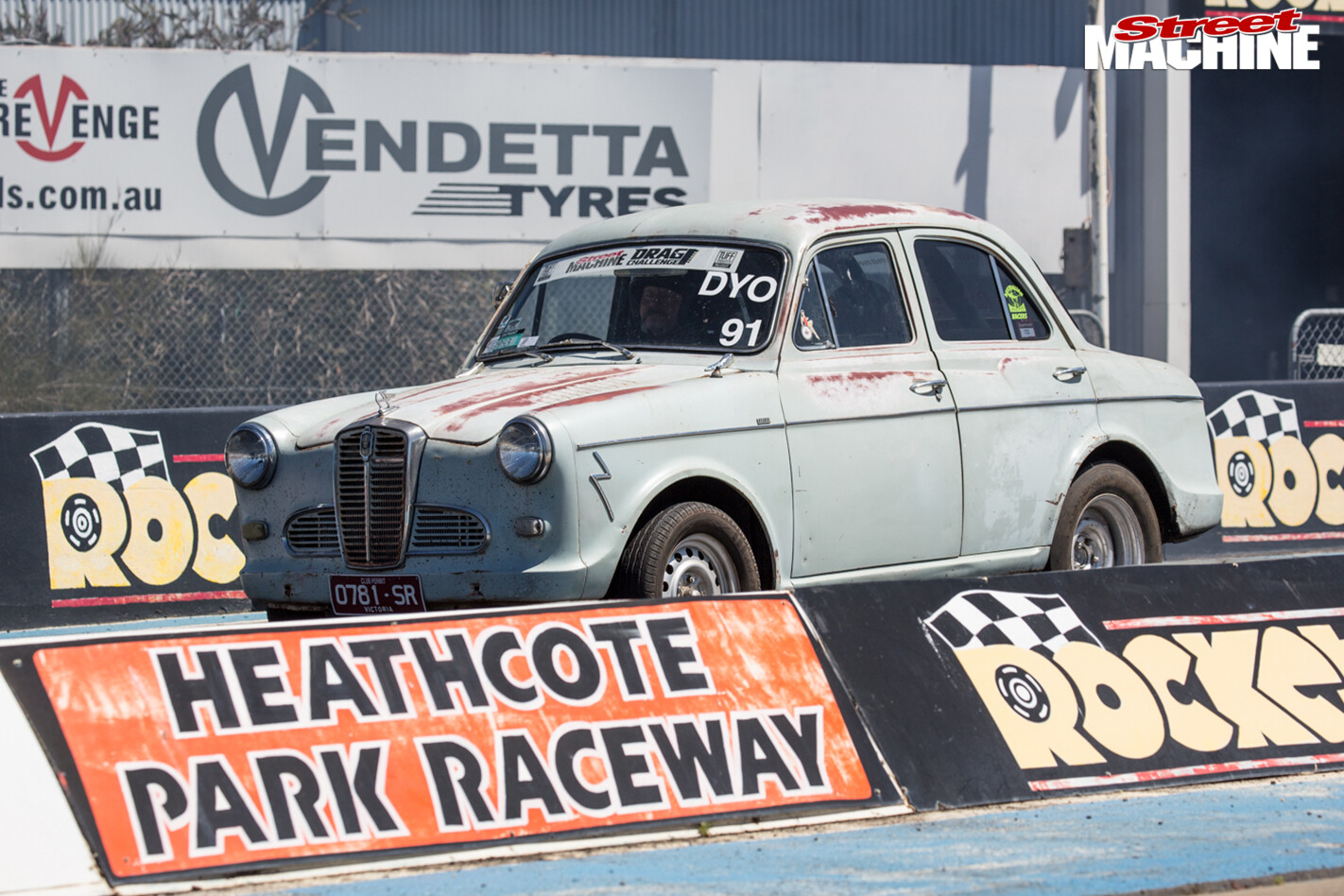 “We’re still laughing about the whole trip!” Paul said. “The fun we had and the people we met – we’ll be back, we’re 100 per cent sure of that!