“It was bought in June with the intention of doing the Barra swap for Drag Challenge,” Warwick explained at the beginning of the event. “We got it running a couple of weeks ago but really only finished it Friday night.” Prepared by Dandy Engines with forged pistons and rods, a balanced stock crank and a fistful of ARP bolts and studs, the FG-spec straight-six was dropped into the second-gen Commodore engine bay with a slightly modified BA Falcon sump. The turbo is a modified Cummins Holset HX40 – according to Warwick, it’s used on garbage trucks – pumping 20psi, and the management is Haltech Elite 2500.

There’s a return to GM in the driveline, with a tricked TH400 (manualised, reverse-pattern, transbrake) and an SDE 3500rpm converter. The Executive retains its two-piece prop shaft and BorgWarner live rear axle, but it’s been cogged down to 3.46 and spooled. 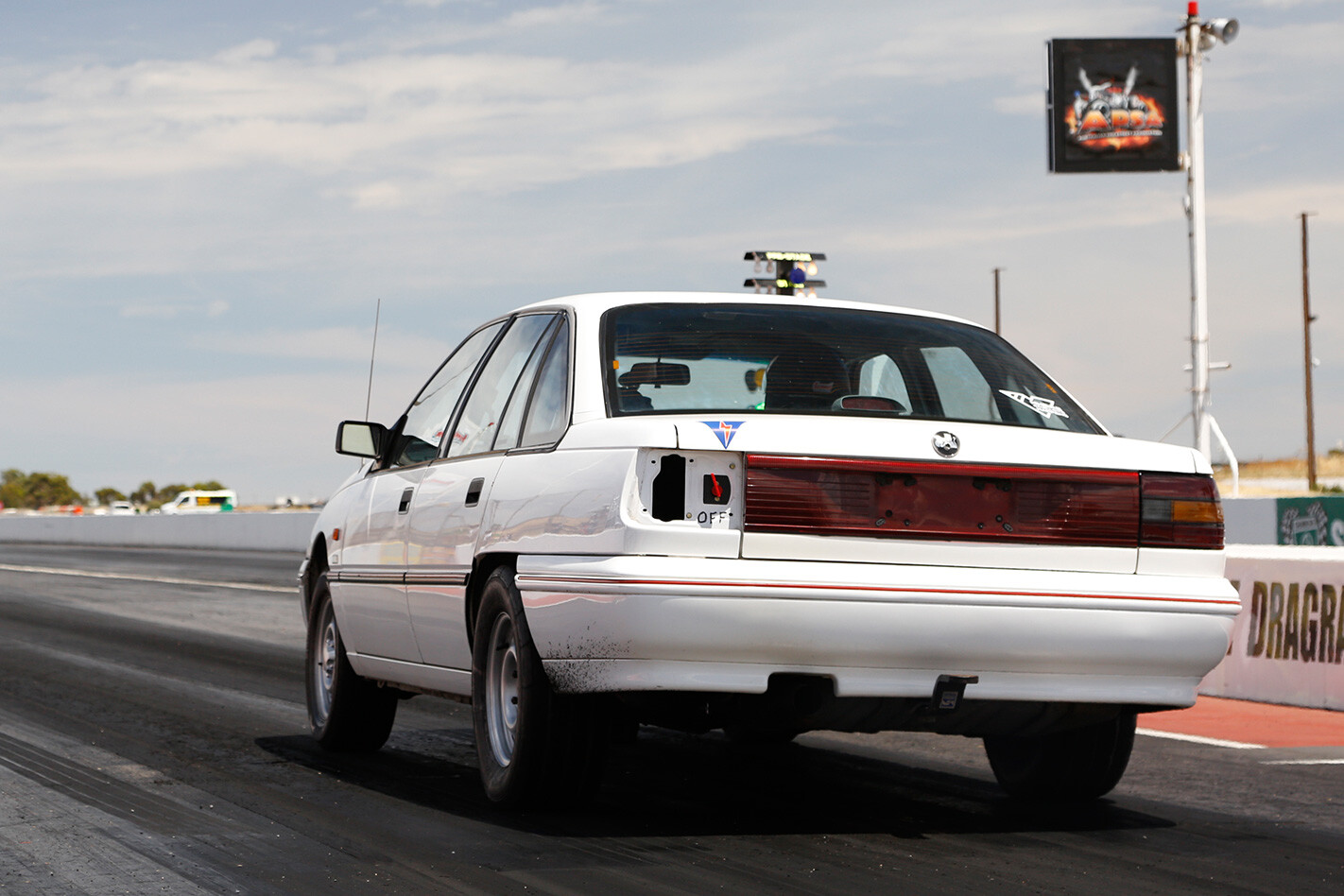 “We fared pretty well,” said Warwick of the road-trip with his mate John Urquieta. “We broke an O2 sensor and had a wire fall off the back on the alternator.” The car suffered a little in the heat, too: “We popped the grille out to help keep it cool.”

Although set up for flex-fuelling, the 350rwkW Barra drank 98 juice, and with the car uncaged, Wazza stayed above 11 seconds (quicker cars need a rollcage to meet ANDRA rules), except for one 10.6@129mph last blast on Friday.