IT’S OFTEN said how gruelling our Street Machine Drag Challenge is, with people testing themselves to the limit in stripped-out street cars for five days of solid road driving and drag racing. But Josh Chiefalo decided that his Drag Challenge experience didn’t need to be so hard, which is why he’s combined German luxury with brutal Aussie Barra power for a seriously cool – and unusual – sleeper.

Josh’s Barra-powered creation is a 1995 Mercedes-Benz E-Class W210. Just like any other Merc, it’s loaded with heaps of tech and luxury appointments to make driving as comfortable as kicking back on a big leather couch – though most couches don’t have the ability to snap your neck with a slight push of the right pedal. Underneath the Merc’s skin is a Ford Barra inline six from a BF Falcon that’s untouched apart from new valve springs and head studs to keep it ticking along. Hooked in behind the donk is a Powerglide from Paul Rogers with a TCE converter sporting a 3500rpm stall. That big ’box is needed, as hanging off the side of the 4.0-litre six is a Proboost GTX42 turbo running E85 courtesy of a Haltech Elite ECU.

All these goodies mean the big Benz is punching out 413kW at the rears, but the car is capable of even more, as Josh explains: “When I entered Drag Challenge I didn’t read through all the technical stuff properly and didn’t realise I couldn’t run more than an 11.0 without a ’cage without being kicked off the track,” he says. “So we’ve had to dial it back to keep it legal.”

It’s taken around 12 months to build the car, with its first outing at Swan Hill just over a week away from the start of this year’s Drag Challenge. Josh put down a best of 10.95, proving that the car is well and truly capable of breaking the 11-second barrier. 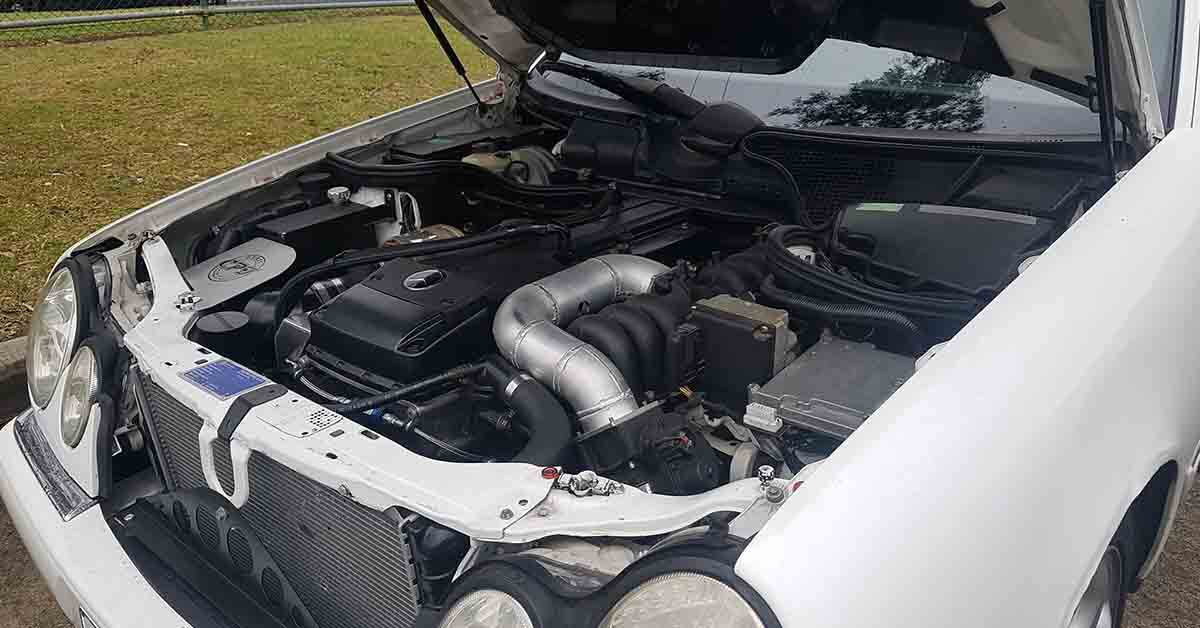 The Merc was originally owned by one of Josh’s customers, but plans changed and he took ownership of it after the Barra swap was already underway. If all goes well, he hopes to show that Drag Challenge can be done in comfort; he’s even kept the AC working just to rub it in!

Josh’s goals are the same as most other DC competitors; it’s his first time at the event and he just wants to finish and have fun with some mates. “I just want to come along for the week and have some fun and see how we go,” he says. “I’ve spectated at a few tracks before when Drag Challenge was running so I’m keen to give it a go myself. 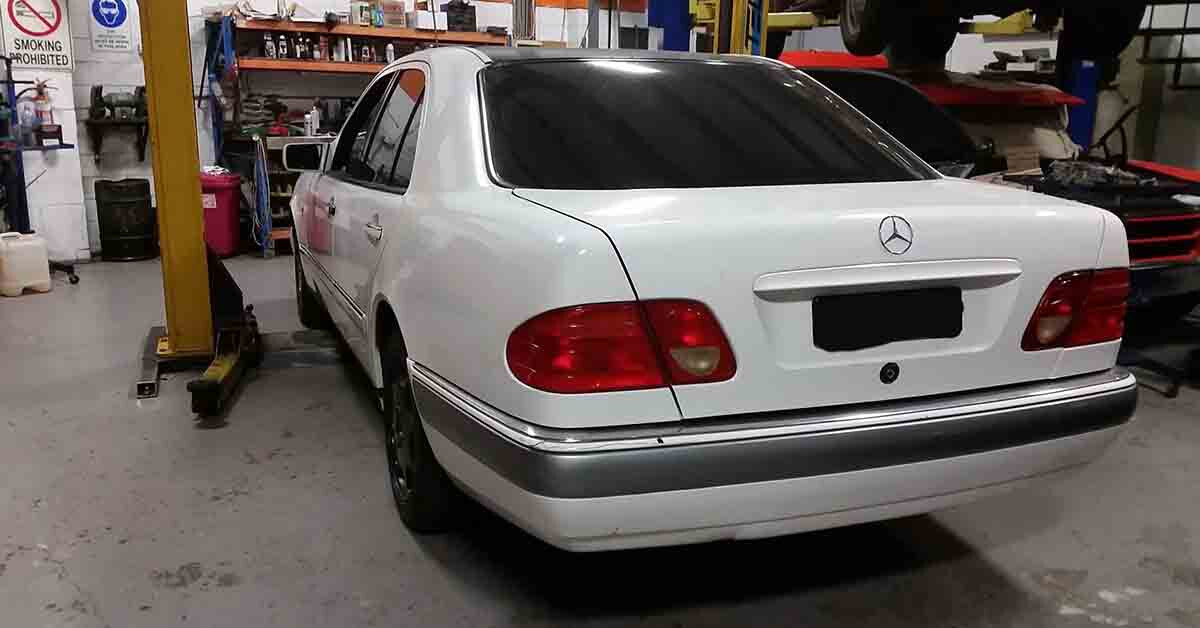