ONE of a number of father-son teams at Drag Challenge this year, Keith Hards and his son Jake decided to bring their Chevy Camaro out of hibernation to take on this year’s event, with some pretty impressive results. 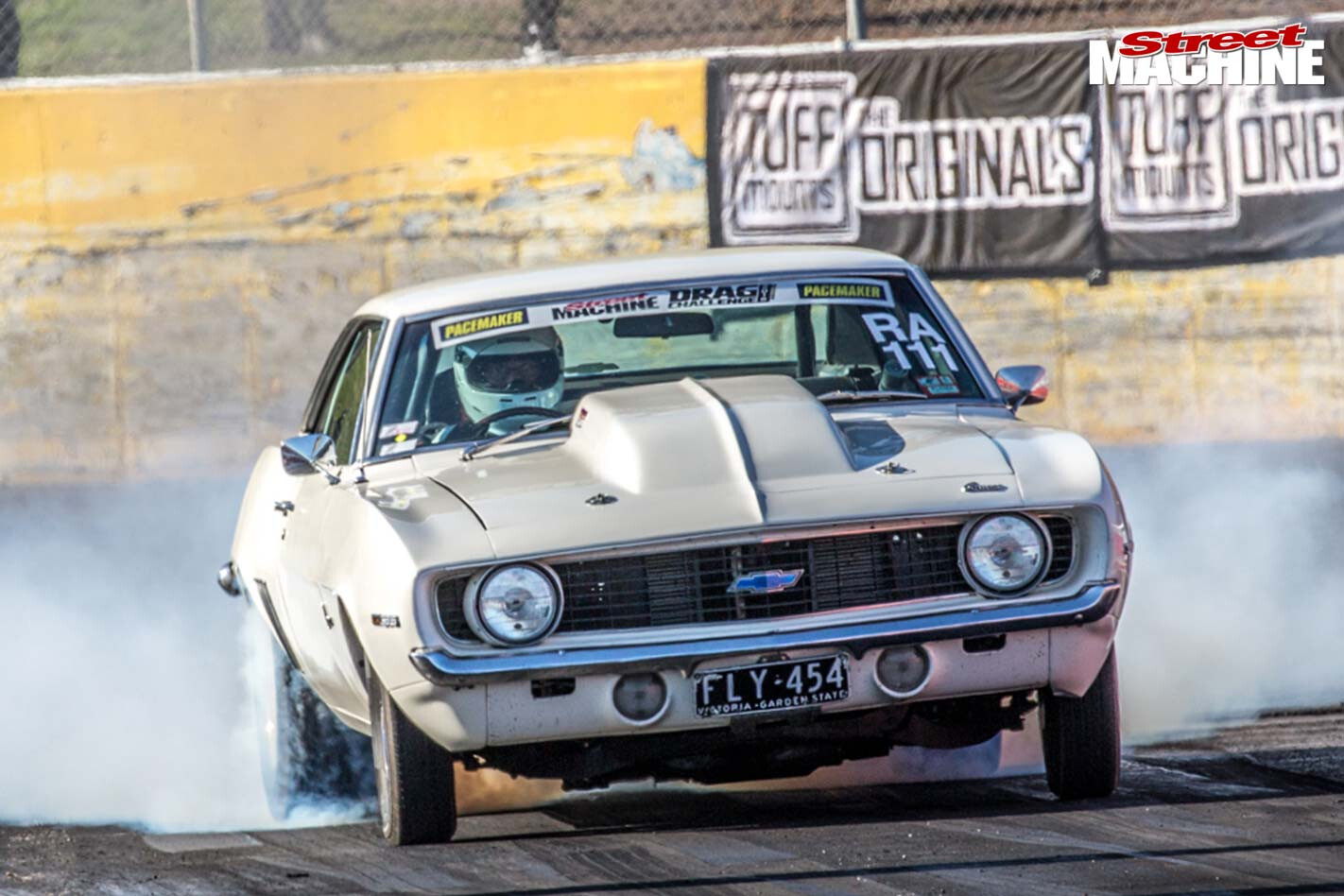 Keith has owned the car for the best part of 27 years, originally using it for daily-driving duties. It’s had a number of different engine combos in it over the years and had seen its fair share of drag strip duties prior to DC. But 11 years ago, after a scary incident that nearly saw Keith put the Camaro into the wall, his wife said enough was enough. She told him that if he was going to continue racing he’d have to pull his finger out and build something more suited. Happy wife, happy life, so a ’65 Chevy Impala SS with all the safety bells and whistles replaced the Camaro for strip duties. Fast-forward those 11 years and Keith has revitalised the Camaro once again, taking all the spare parts he had lying around to make a 10-second cruiser for DC 2018. The donk is a 570 big-block, built mostly from recycled parts. Underneath the 1250 Dominator carby and 357 AFR heads are ceramic pistons – at least, four of them are, as Keith explained: “It’s a motor from spare parts; the pistons on one side are ceramic and the other side isn’t. It’s a mongrel of a motor, but it keeps on going.” Keith reckoned the package is good for around 800hp, which is a pretty nice result for a bunch of spare parts if you ask us. Behind the junker donk is a Turbo 400 ’box from Paul Rogers, with a 3800rpm stall and transbrake. A 35-spline Detroit Locker lives inside a nine-inch housing with 3.55 gears, and DC was the first time the new driveline combo had hit the strip. Keith and Jake had a relatively drama-free week, and their original target of finishing the event with 11.5s quickly became laughable once they hit the strip. The car consistently ran in the low 10s all week, and speaking to Keith early on Day Five they were keen to push it even further.

“Now we’re here on Friday and our goal is still to finish, but we’ll make a few tweaks and see what we can do. I’ll be stoked if we get a 9.99.” 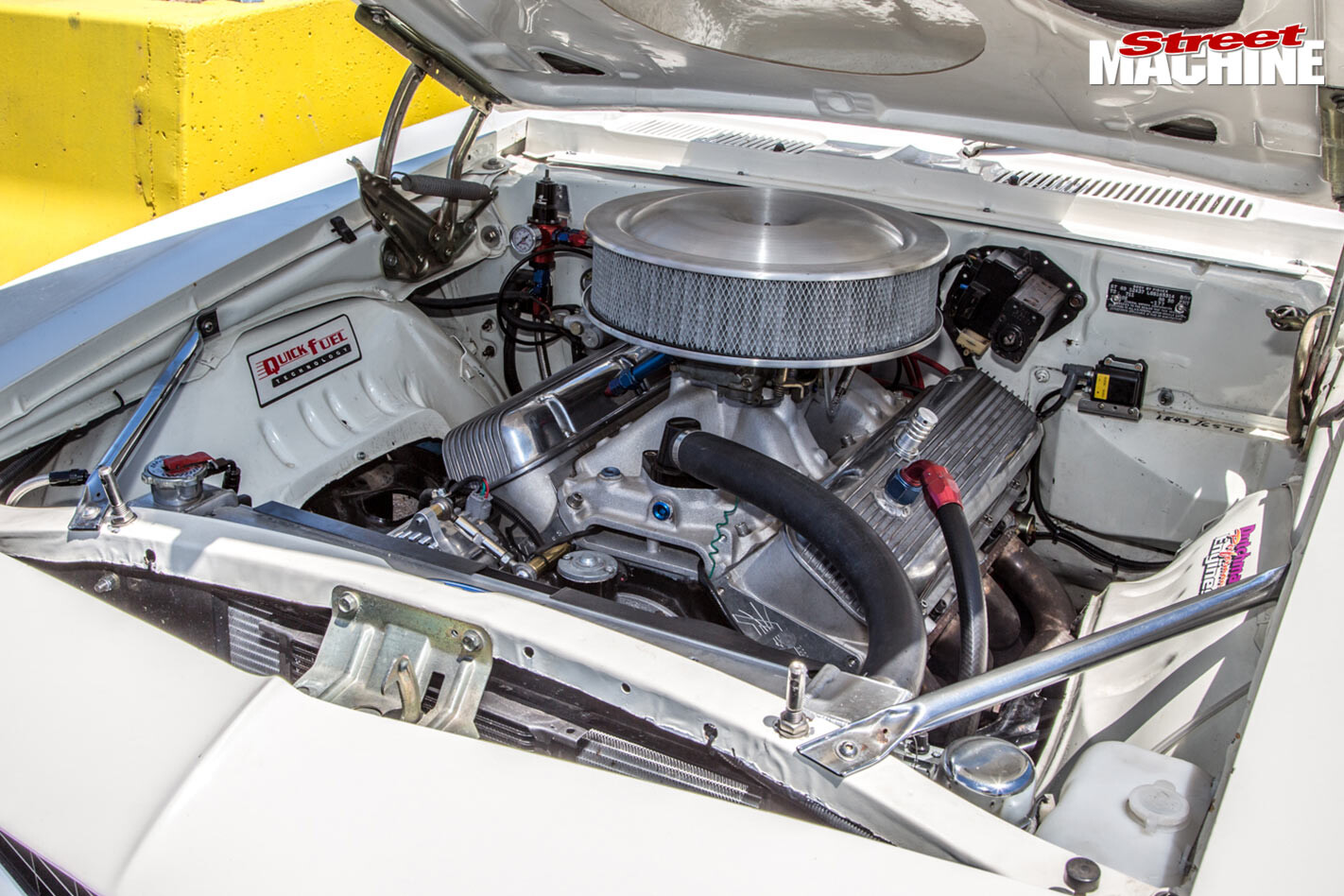 Ask and you shall receive, as Keith pushed the Camaro to a 9.986@135mph late Friday arvo to end the week of perfectly.

The boys finished fifth in the Pacemaker Radial Aspirated class and were first of the non-Ford cars, making for a pretty staunch effort.