ACCORDING to Reion Sammons, his HQ was a “stock, rusty blue 202 ’73 Premier with air and steer” until he and his mates decided they needed to enter Drag Challenge Weekend in the Turbosmart Outlaw Blown class. The tired more-door was reborn as a Monaro lookalike when Reion transferred the blown, injected, tall-deck 598ci Big M big-block from his ’65 Impala to the Quey. 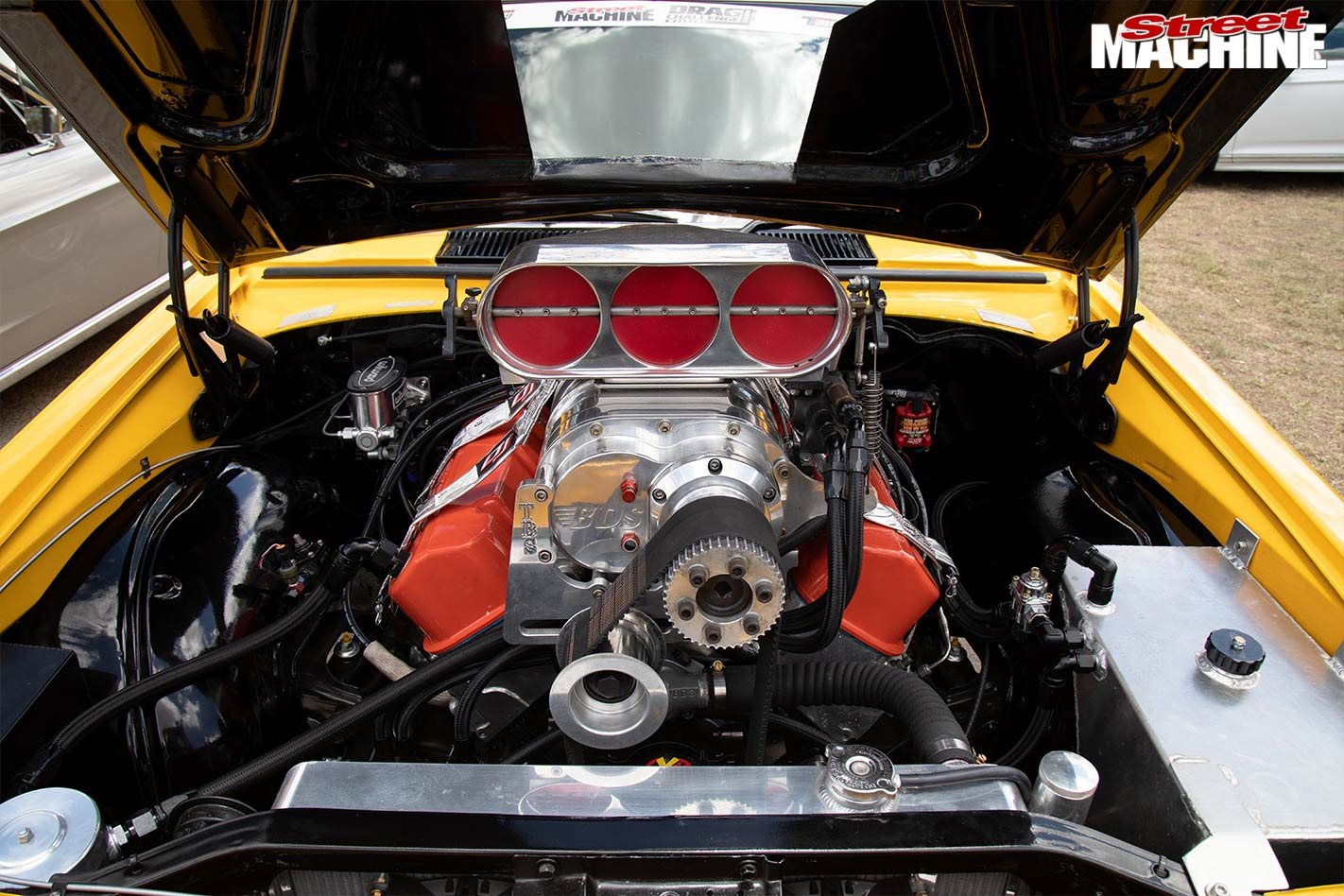 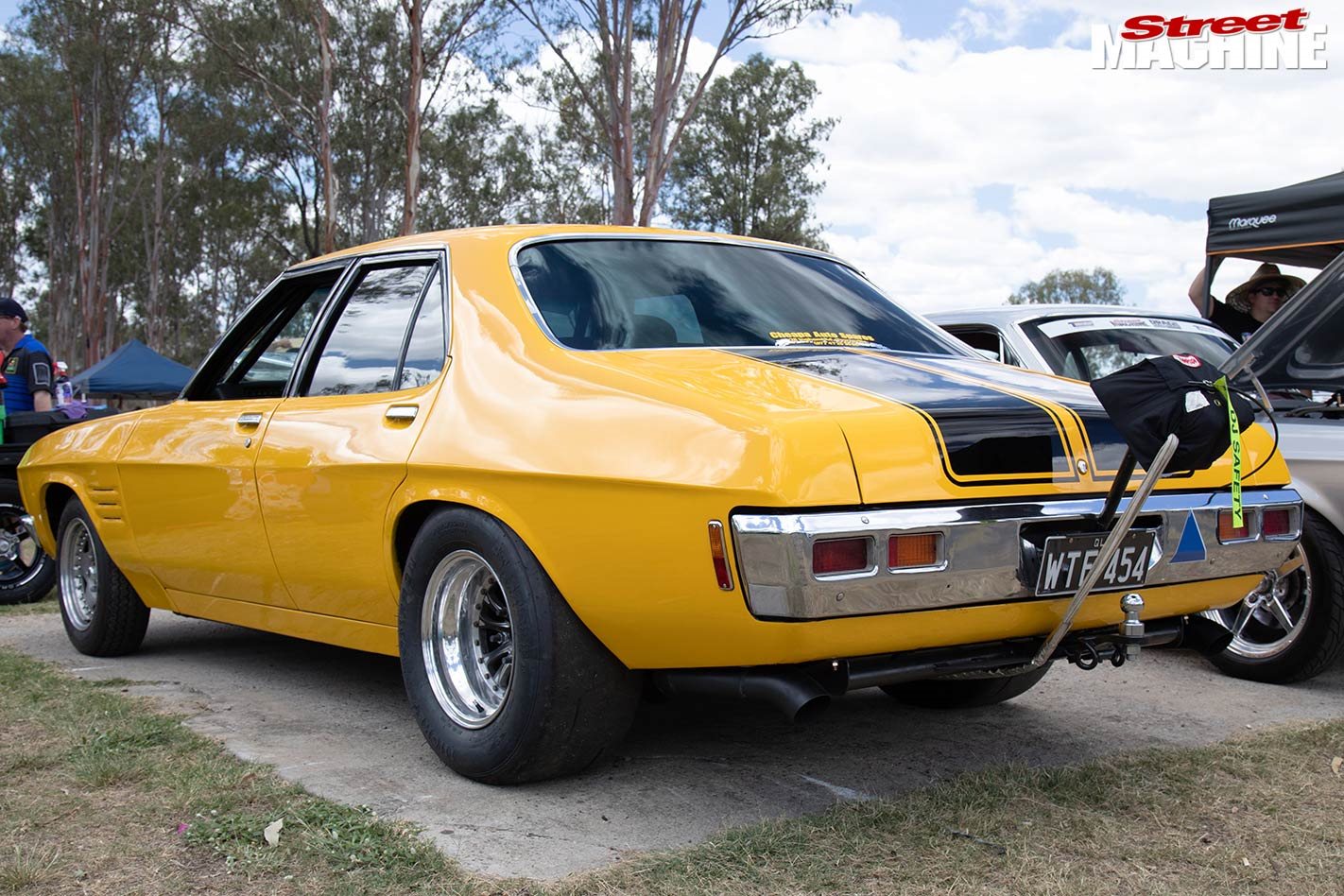 Rather than filling the HQ with methanol at each track, Reion installed a custom-made 160-litre fuel tank in the boot just for the alcohol, with the stock HQ fuel tank filled with pump unleaded and left underneath the sedan’s floor for road duties. 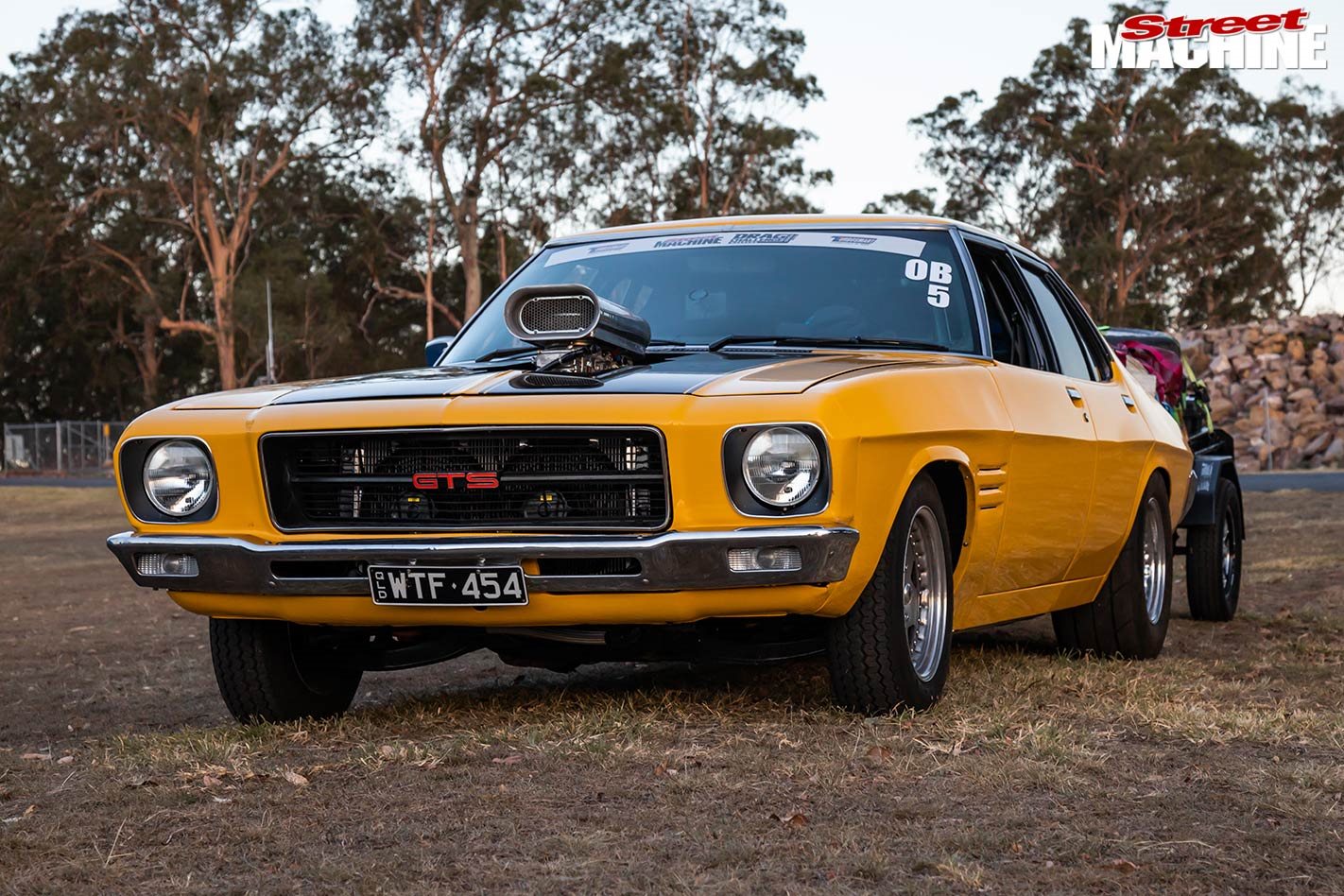 While some swapped tyres and exhausts between road and track during DCW, the Townsville local and his mates went a few steps further, removing the BDS 8/71 pump, injector hat and belt and plonking on a carburettor set-up for road use. This was also when the fuel tank full of unleaded came in handy, as the rowdy fat-block sips pump juice.

“It’s a seven-year-old engine and I think it made 1450hp back then,” Reion says. “It is built for fun, not for taking it too seriously!” 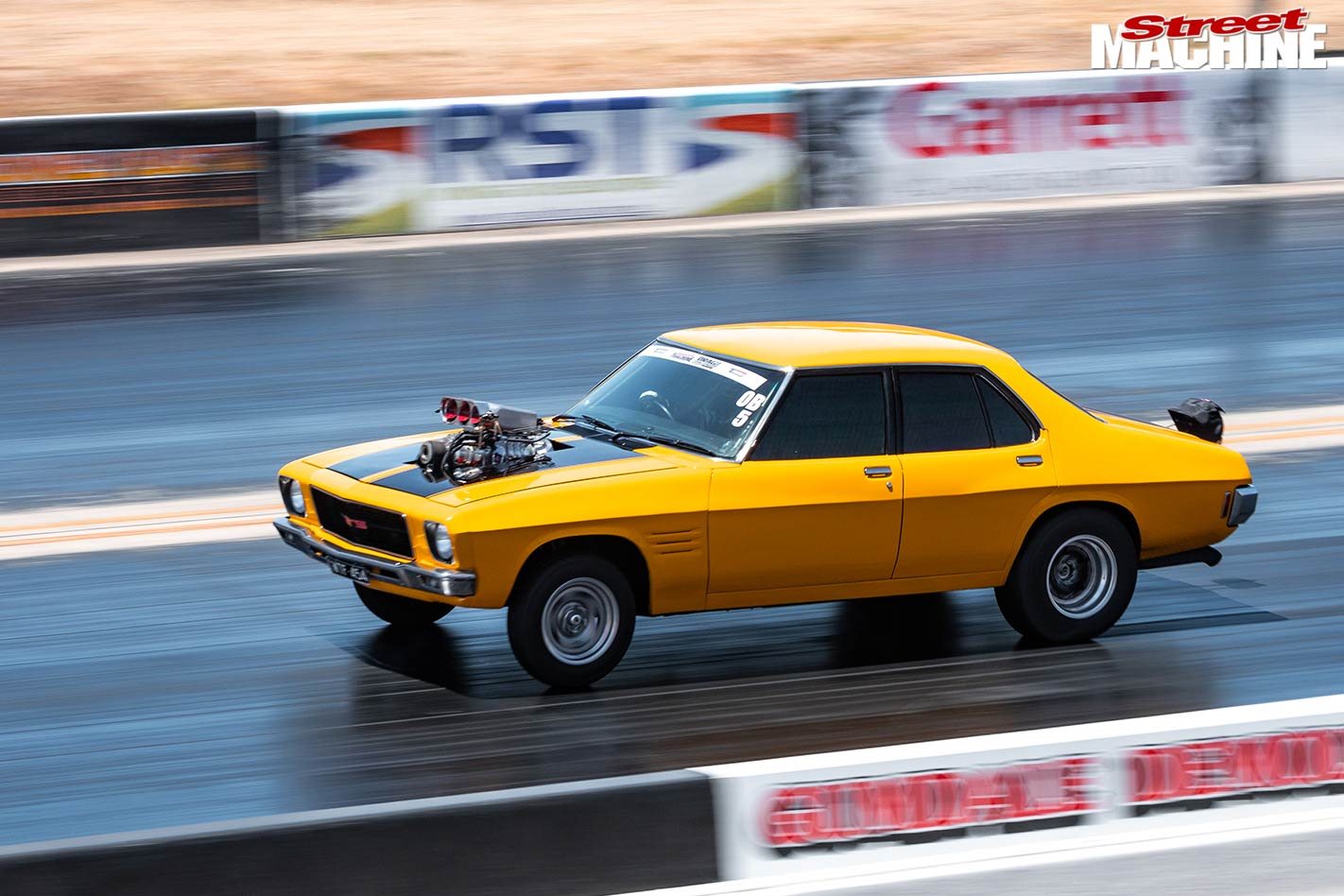 The combo hadn’t had any real testing before running Turbosmart Outlaw Blown at DCW 2020, so a 9.04@125mph on Day One was pretty good going in the oppressive Queensland heat. Reion later admitted, however, that he’d actually pulled the ’chute and got on the brakes early because he mistook where the finishing line was! 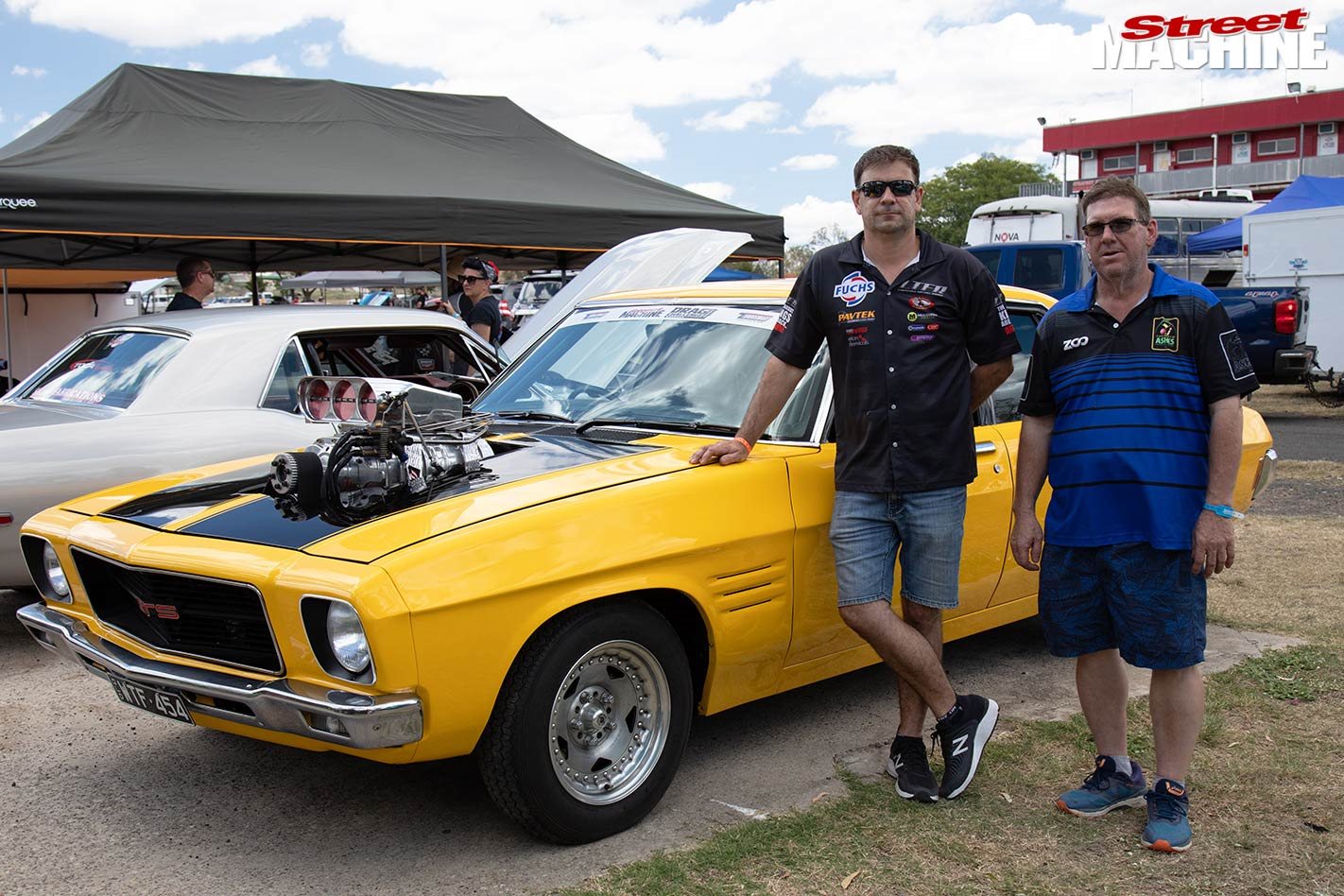 A 5.78@124mph on the slippery Warwick eighth-mile was backed up with a 9.05@159mph on the sweltering Day Three at Willowbank for Reion to emerge victorious in Turbosmart Outlaw Blown. 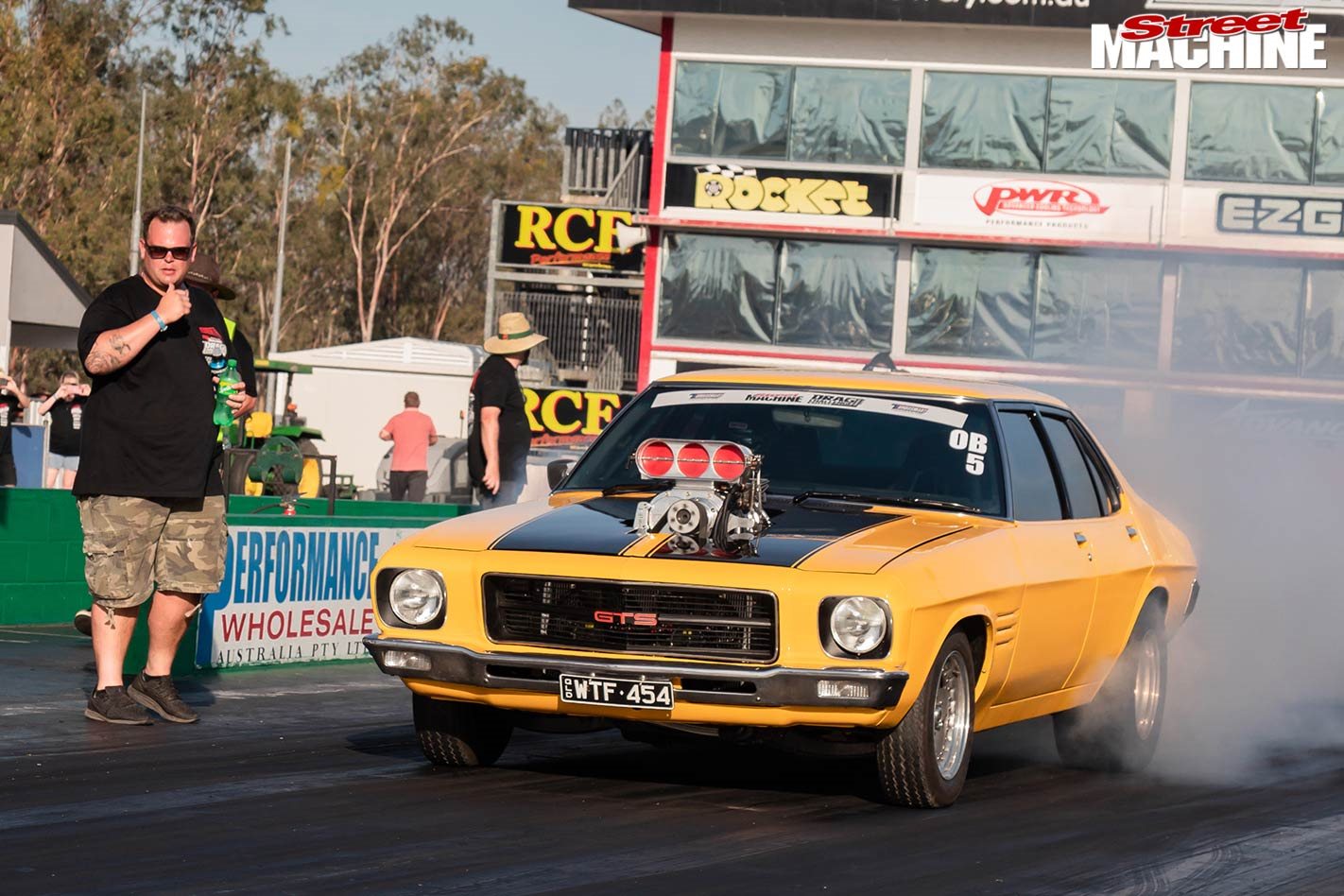 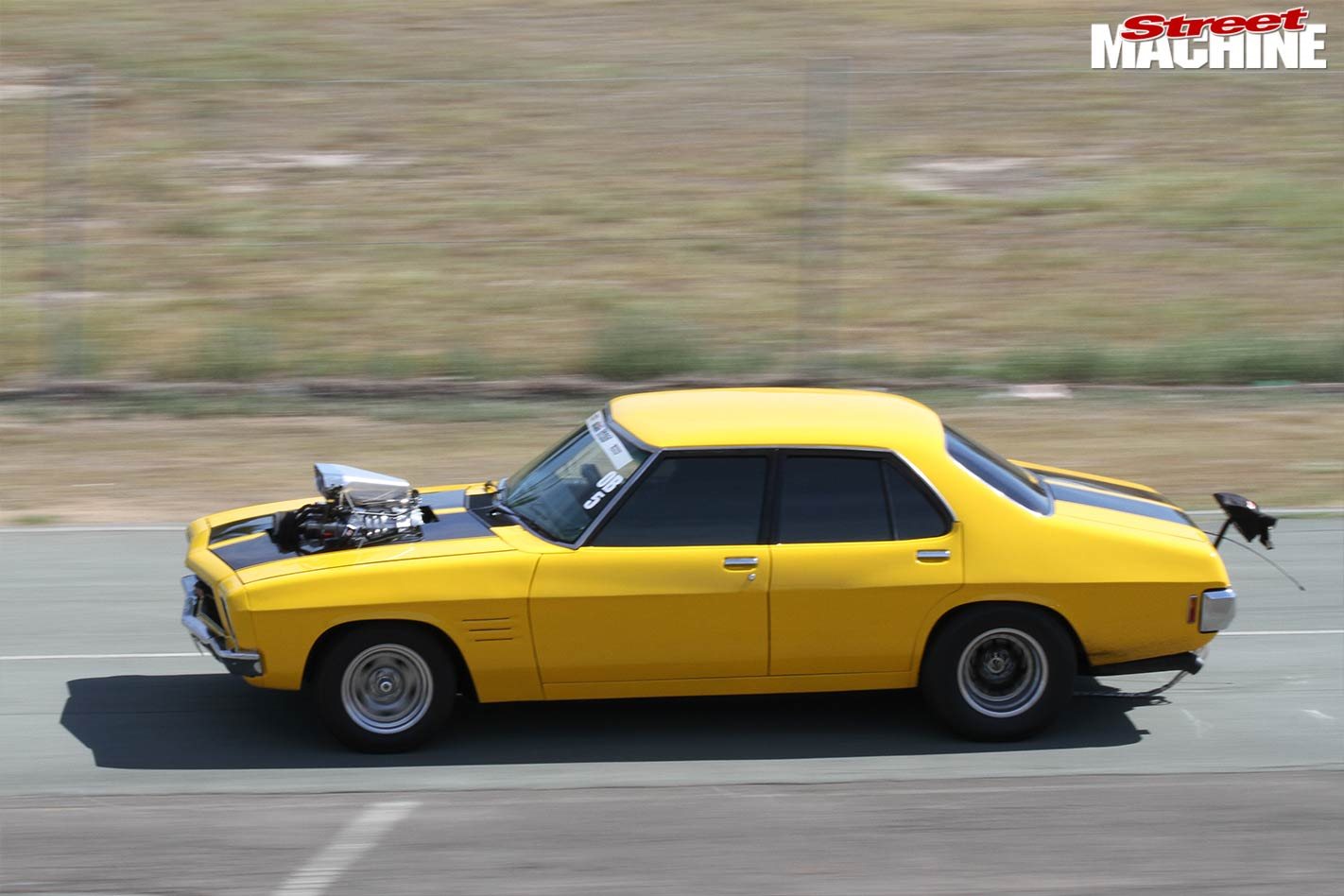 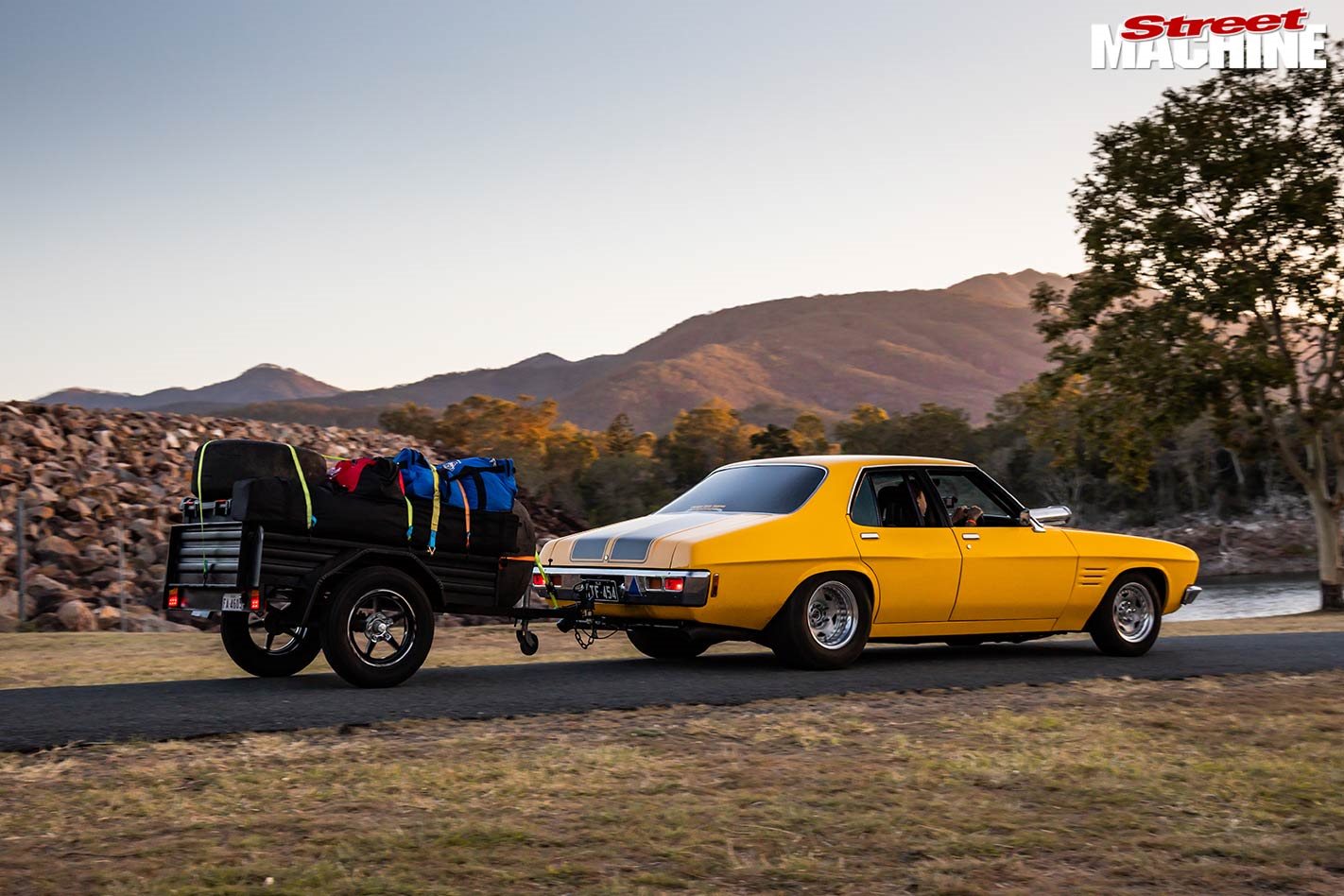 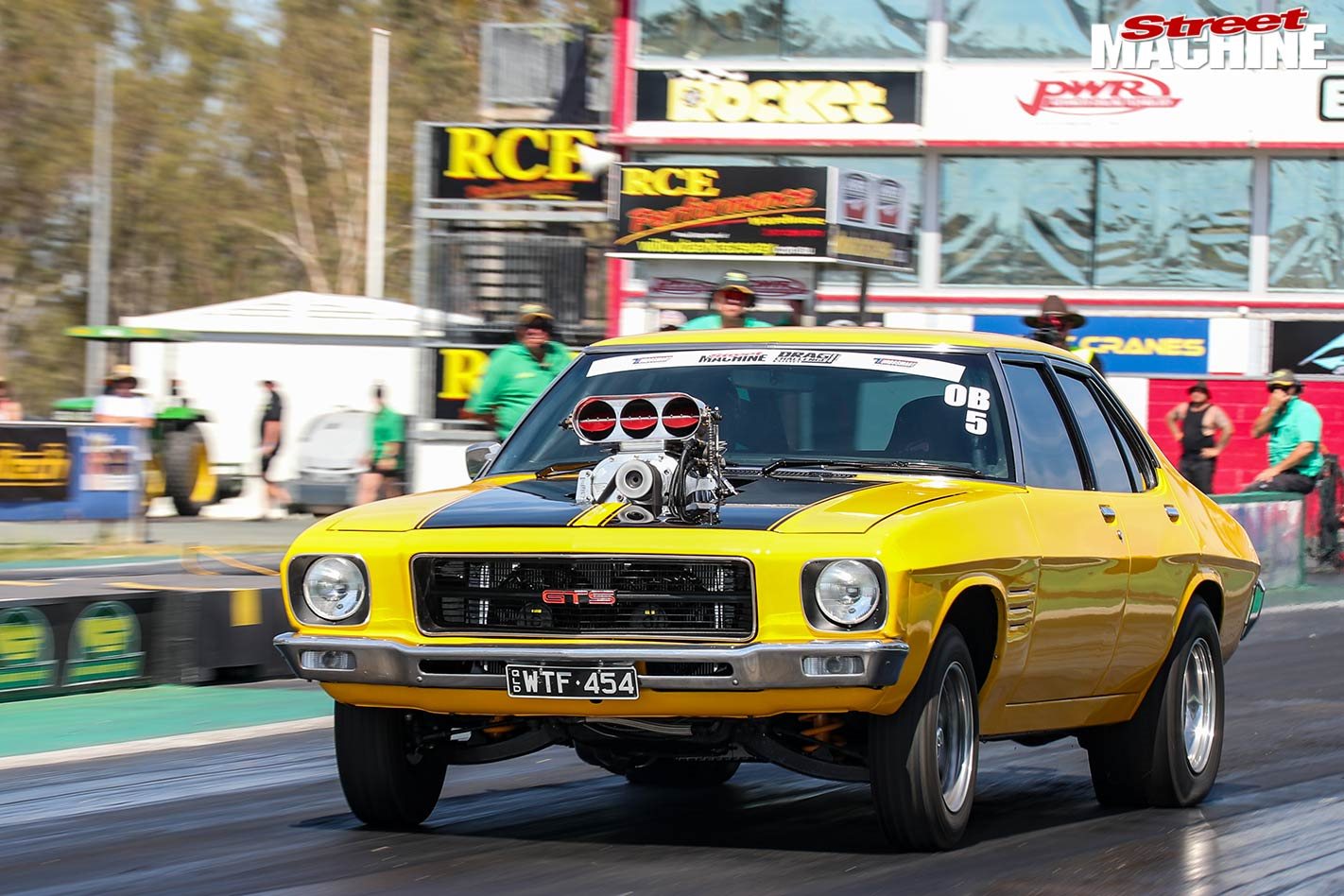 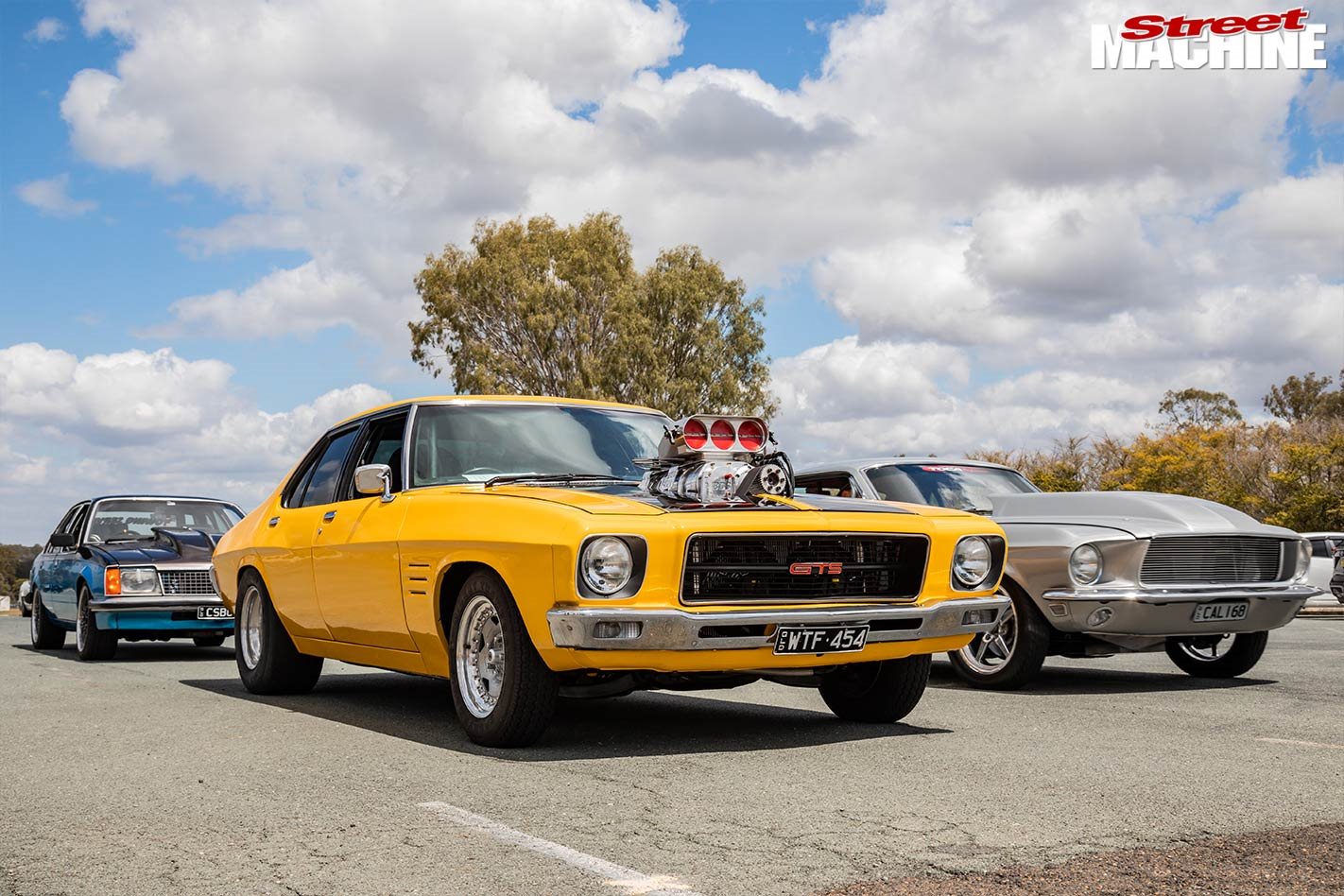