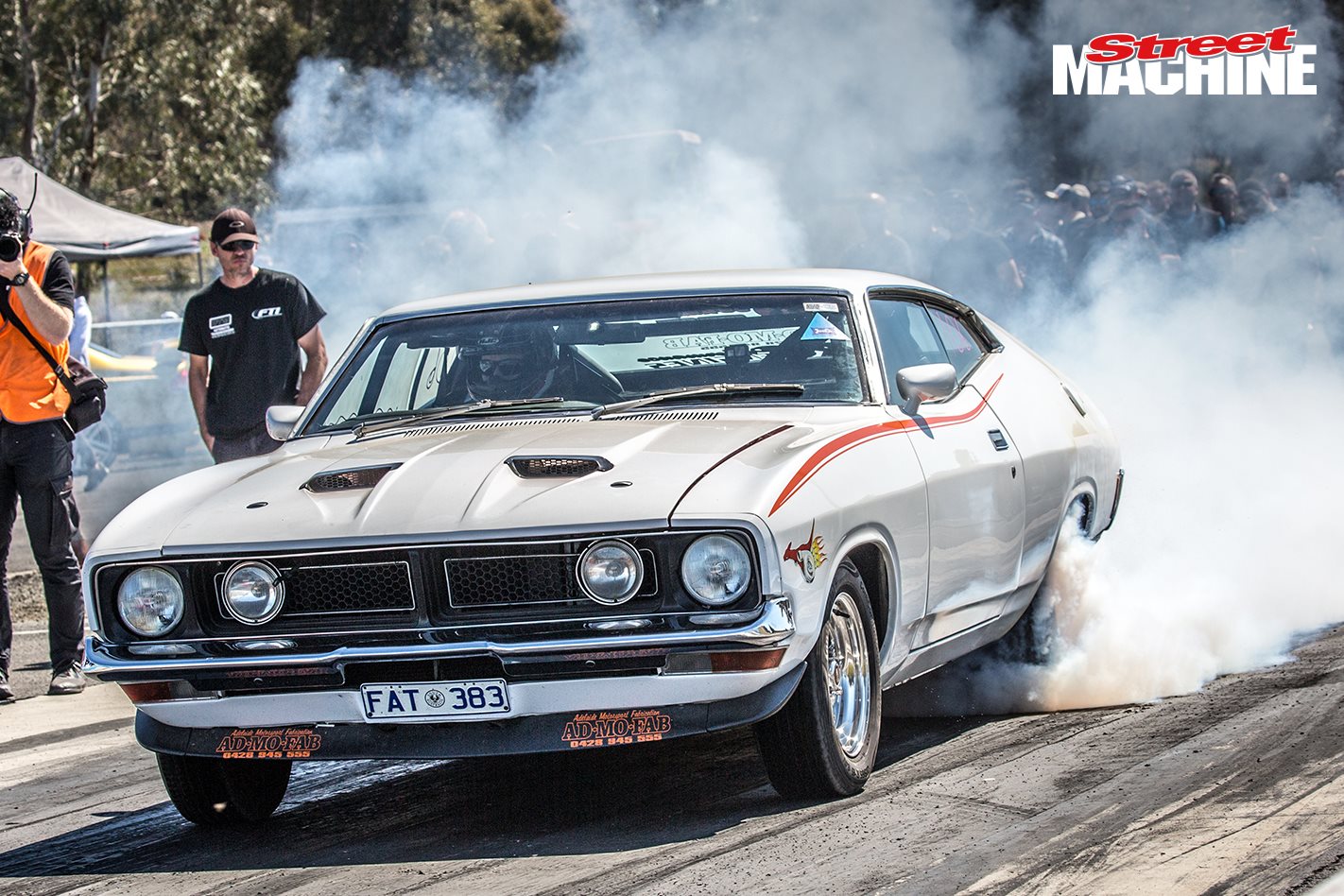 After Drag Challenge Phil made a few tweaks to the set-up, and the 383ci SVO Ford Motorsport-powered heavyweight ran a 8.46@165mph back at Adelaide International Raceway. Since then Phil has been preparing for this year’s event, including swapping the old BorgWarner S480 turbo for a new 88mm billet wheel BorgWarner from Forced Inductions in America, which straight away saw the big girl run an 8.23@167mph.

Phil has since fitted a new PTC converter and fresh Gazzard Brothers coil-overs in the front end with the aim of helping the car launch better. When the XB ran its 8.23 PB it carried the front wheels past the 60-foot marker, so the shocks should help it keep the nose down and the new converter will ensure the ’box holds the new turbo combo’s power. 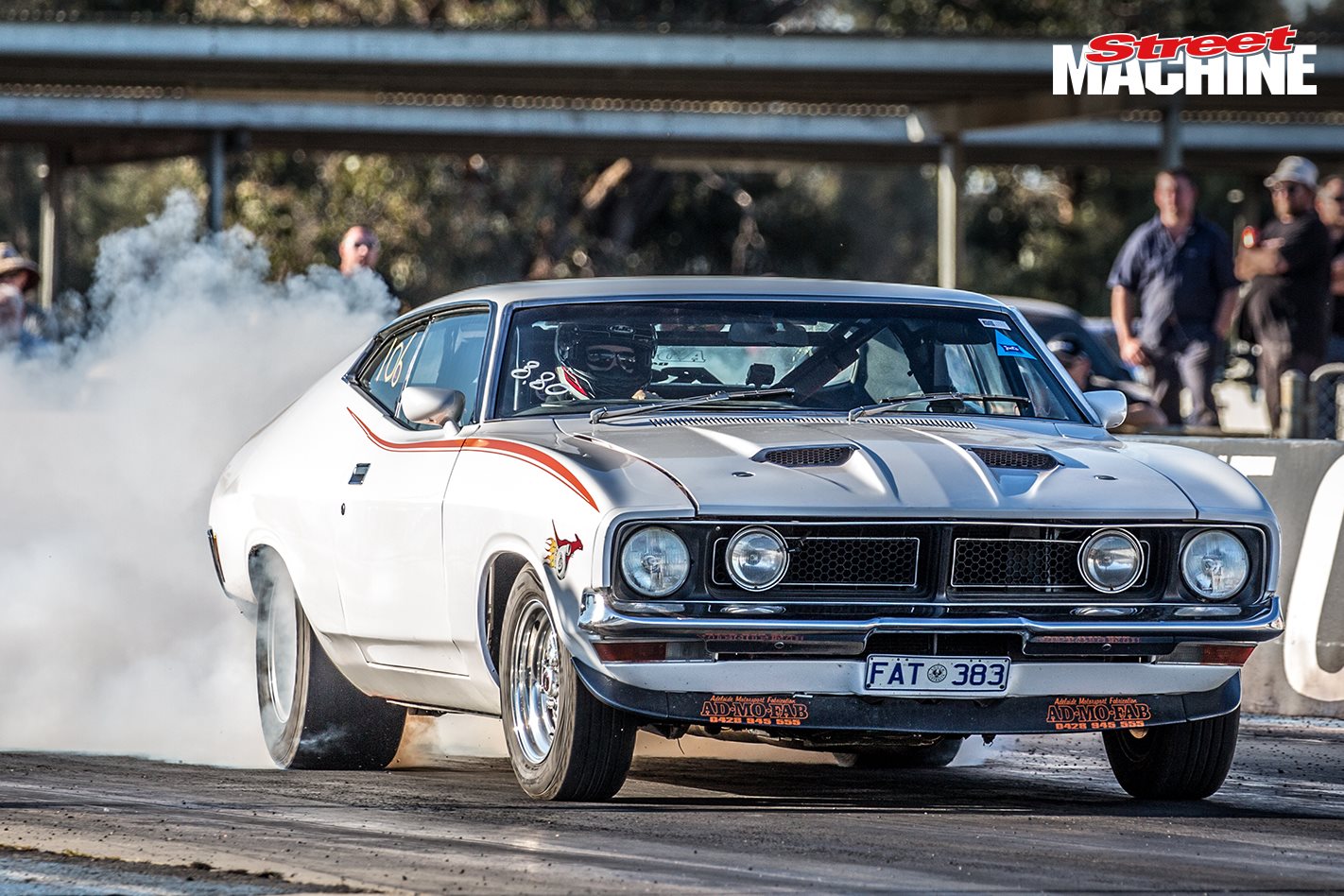 We caught up with Phil at Heathcote Park Raceway last weekend for the Ford-Powered Nationals, where he was testing the car with all of its new changes for the first time. Phil struggled with traction for a lot of the day, but still managed to run eights. He’ll need to work on finding the right setting for his new shocks, as well as launch boost and rpm to work with the new converter. It’s a fine balance!

We look forward to having Phil at Street Machine Drag Challenge in November. In the meantime, if you think Phil should win our Street Machine Of The Year competition, click here to vote for him!