WITH a production run of 30 years – from 1969 to 1999 – a stack of Bathurst wins and a terrific street machining heritage to its credit, it’s a bit of a surprise there weren’t more Holden V8s contesting this year’s Street Machine Drag Challenge. Geelong local Josh O’Brien’s punch-you-in-the-eyes orange Holden VP ute was just one of three Lion-hearted vehicles in the event, so thumbs up to Josh for supporting Team Australia! 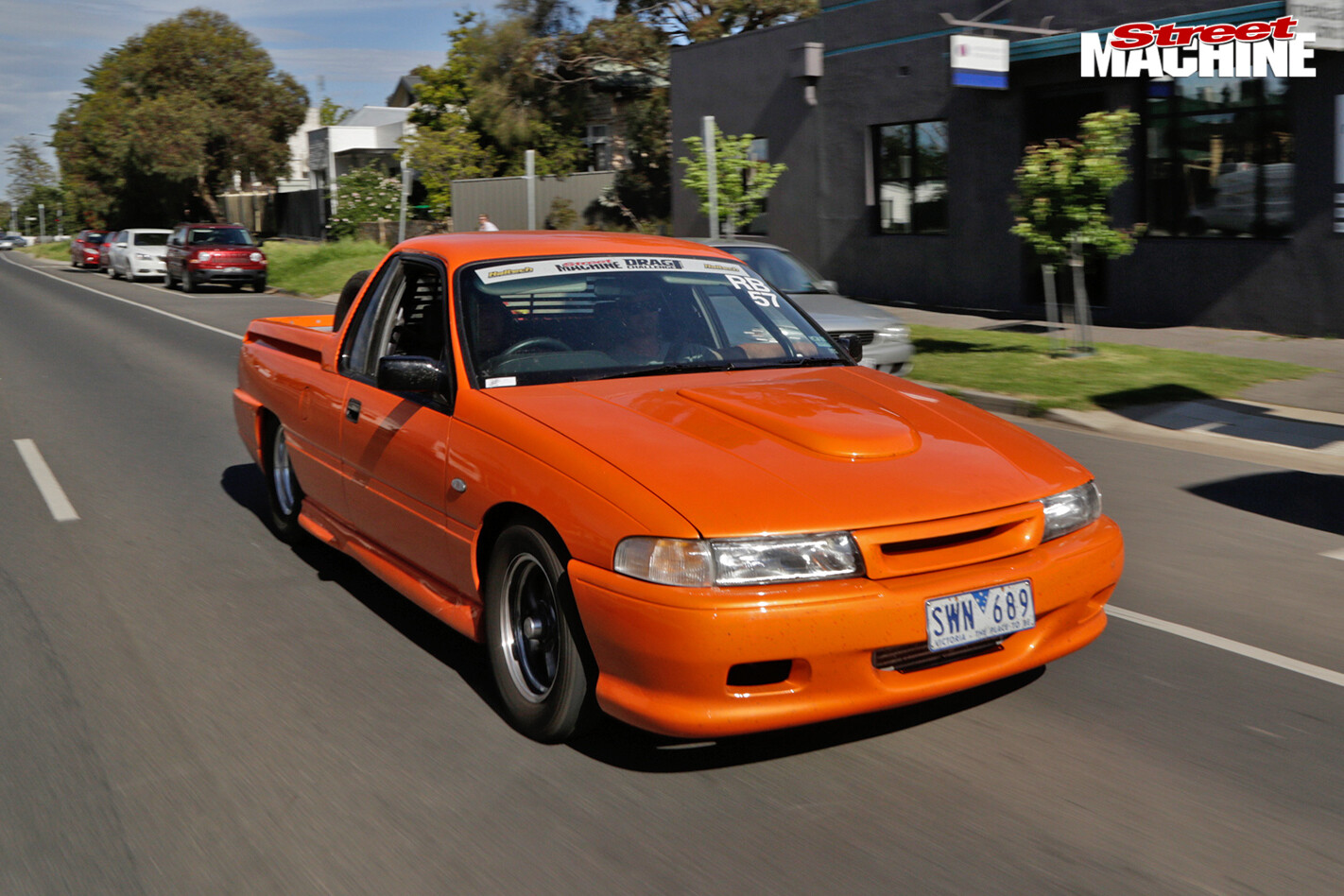 Inside a factory block, his staunch supercharged iron lion is 355 cubes thanks to a stroker crank from Pro Comp under Scat rods and JE pistons. The battle for engine bay dominance is between that sensational Aussie-made Shaun’s Custom Alloy sheet-metal intake and the F1R ProCharger that pumps 14psi through a 92mm FAST throttlebody. It runs a solid-roller Comp Cams stick and valvetrain, with a rev ceiling of 7500rpm – quite reasonable for a build such as this – so Josh knows from experience he isn’t stressing the valvetrain too much. 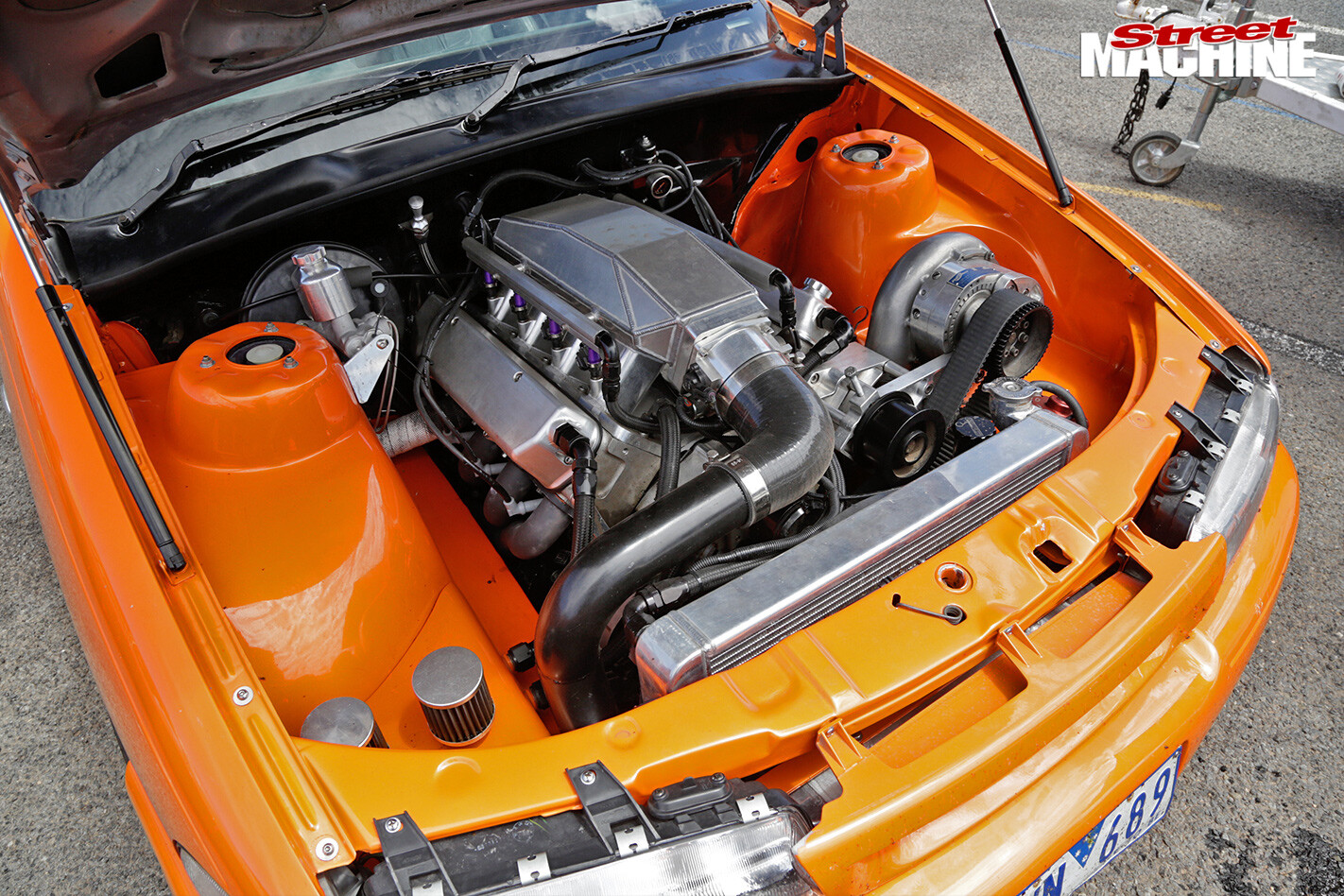 The engine was completed before Drag Challenge last year, but Josh ran into problems with his TH400 three-cogger. Freshening both the trans and the engine for this year’s event meant the driveline – including a nine-inch rear with 3.7 cogs between the wheel tubs – was ready and reliable, with the car reeling off a 9.65 at Calder Park on the first day. The next day, it laid down a 9.85 at Heathcote, and just before we first spoke to Josh on Thursday he’d run a 9.69@139mph at Swan Hill’s sweet new track. “We’re out of the league a bit,” Josh reckoned of his numbers up ’til then in the Haltech Radial Blown class. But like most participants at Drag Challenge, Josh wasn’t there for trophies: The Victorian rural road trip, camaraderie and chance to chase his own PBs at four different tracks – and Calder twice – over five days was the real appeal of the week.

“I got talked into it last year and didn’t expect to enjoy it,” Josh admits of his attendance in 2015. “Wow, was I wrong!” Riding shotgun in the bright orange ute was Josh’s mate Norm Kamilowicz, who helped with spanner-spinning and loading and unloading. Having a ute meant Josh and Norm didn’t need to tow a trailer to carry the tools and track tyres – 275/60 Mickey Thomson ET Streets – for his Drag Challenge attempt. “Having a ute is handy!” he grinned. “We’re loaded and unloaded in 10 minutes! That makes life a bit easier, especially at the end of the day.” Josh’s best effort was a 9.63@143mph at Calder on Day Five before the boost popped its intake pipe off. Bugger!