GRANT Dwyer’s VH Valiant hardtop is ready to roar again after five years in hibernation. Often mistaken for the similarly bodied Charger, Valiant hardtops are much more rare, so it’s going to be a sweet sight to behold at Street Machine Drag Challenge 2018, running in K&N Dial-Your-Own. 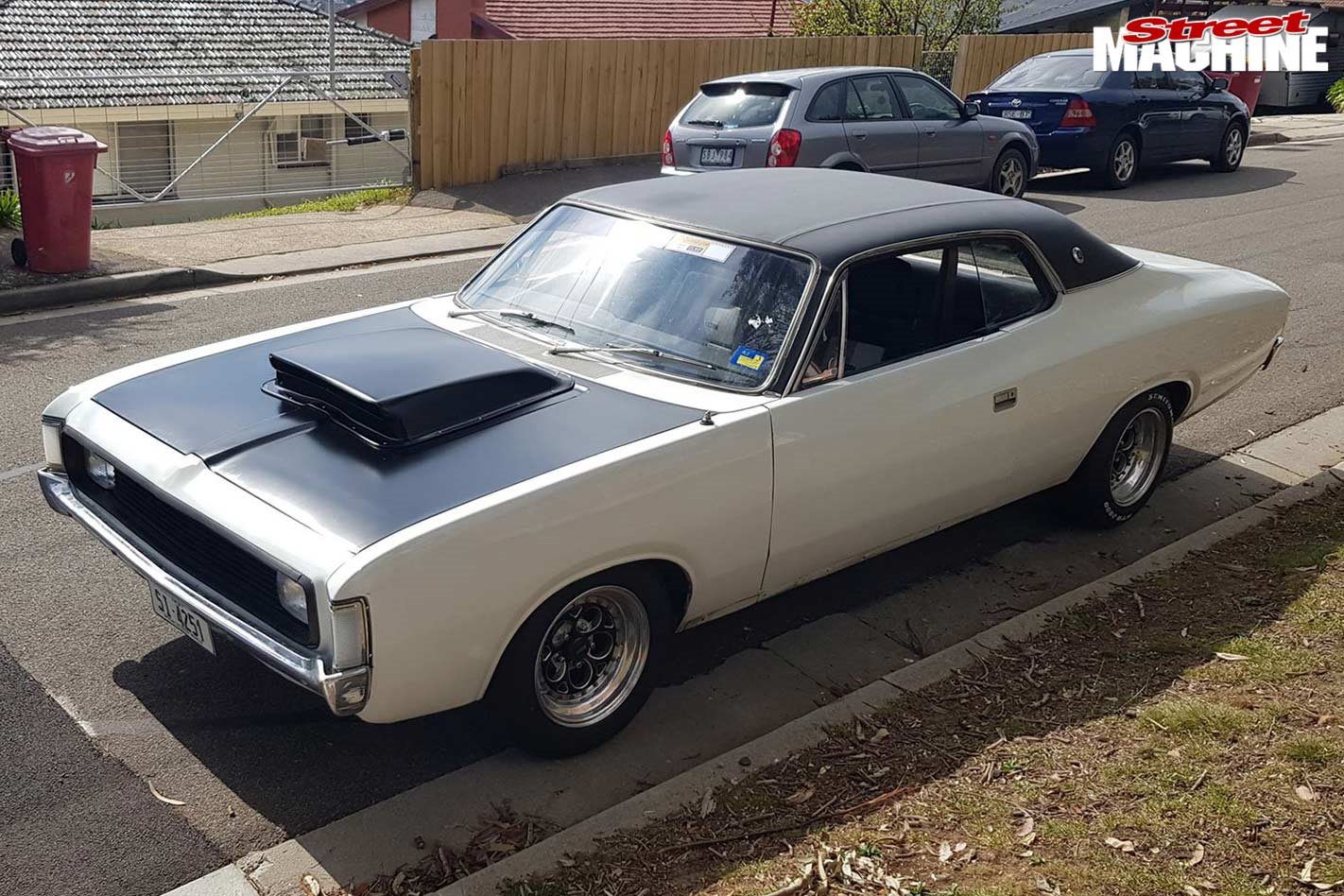 Grant has owned his 1971 Val for 25 years now, but the old girl had sat unused for five years until the announcement of the 2018 Drag Challenge dates motivated him to get her going again. Under the Six Pack-style scoop is a blown 360 Chrysler small-block that’s been massaged out to 410ci, topped by a Weiand 177 supercharger. The combo is good for 370hp at the hubs. Nice! 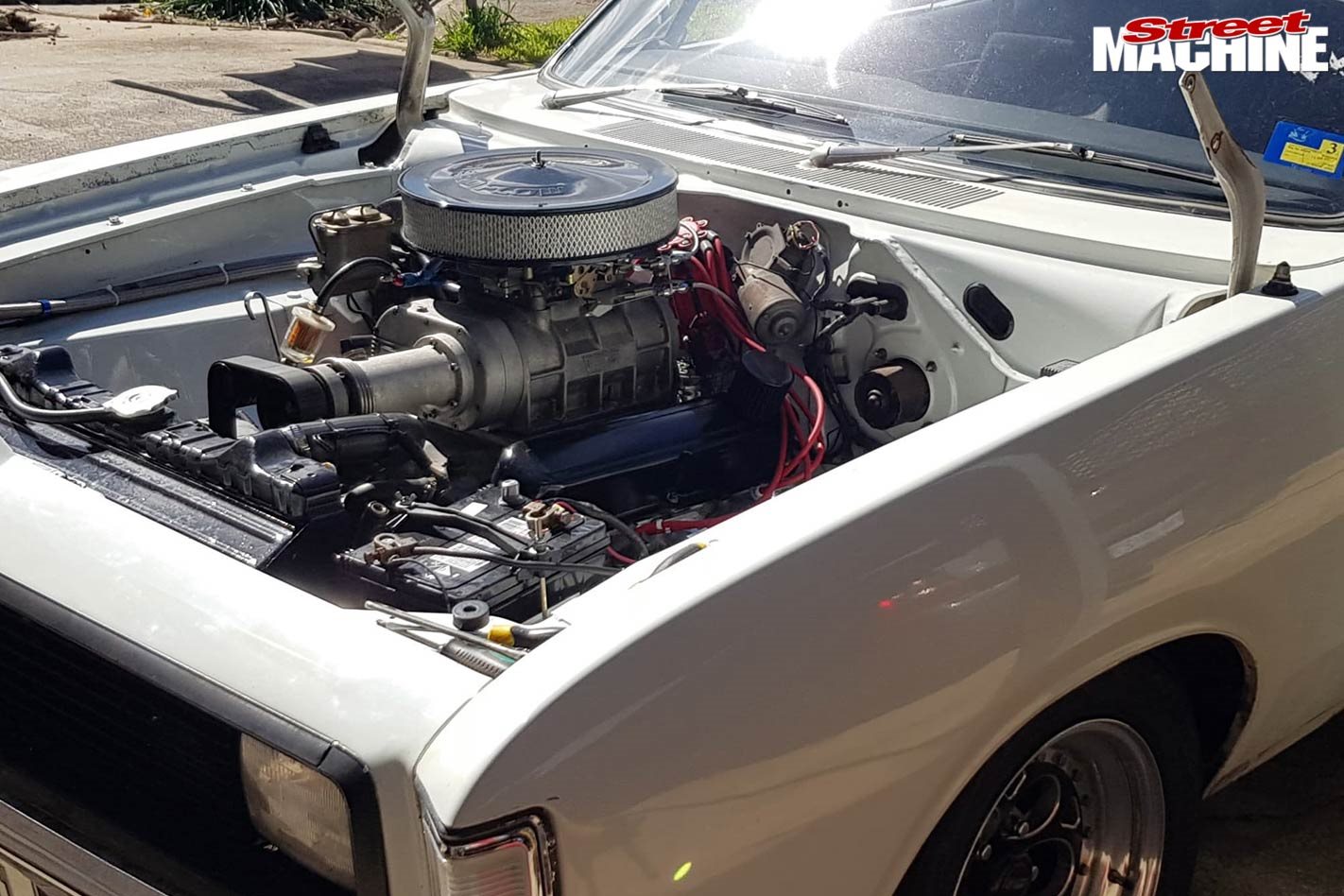 A big Torqueflite A518 four-speed auto was installed during the car’s Drag Challenge makeover, with some massaging of the trans tunnel, a new crossmember and a shortened tailshaft required. A typical Ford nine-inch is found out back housing a 28-spline LSD with 3.70:1 gears. Grant borrowed some Mickey Thompson 235 radials from a mate to help his big Mopar hook up on the strip.

Grant reckons that while it takes a fair bit of work to get the four-speed in place, it is well worth it, dropping the revs from 3100rpm to 2150rpm at 65mph. “The hardest part about the four-speed is finding one,” says Grant. 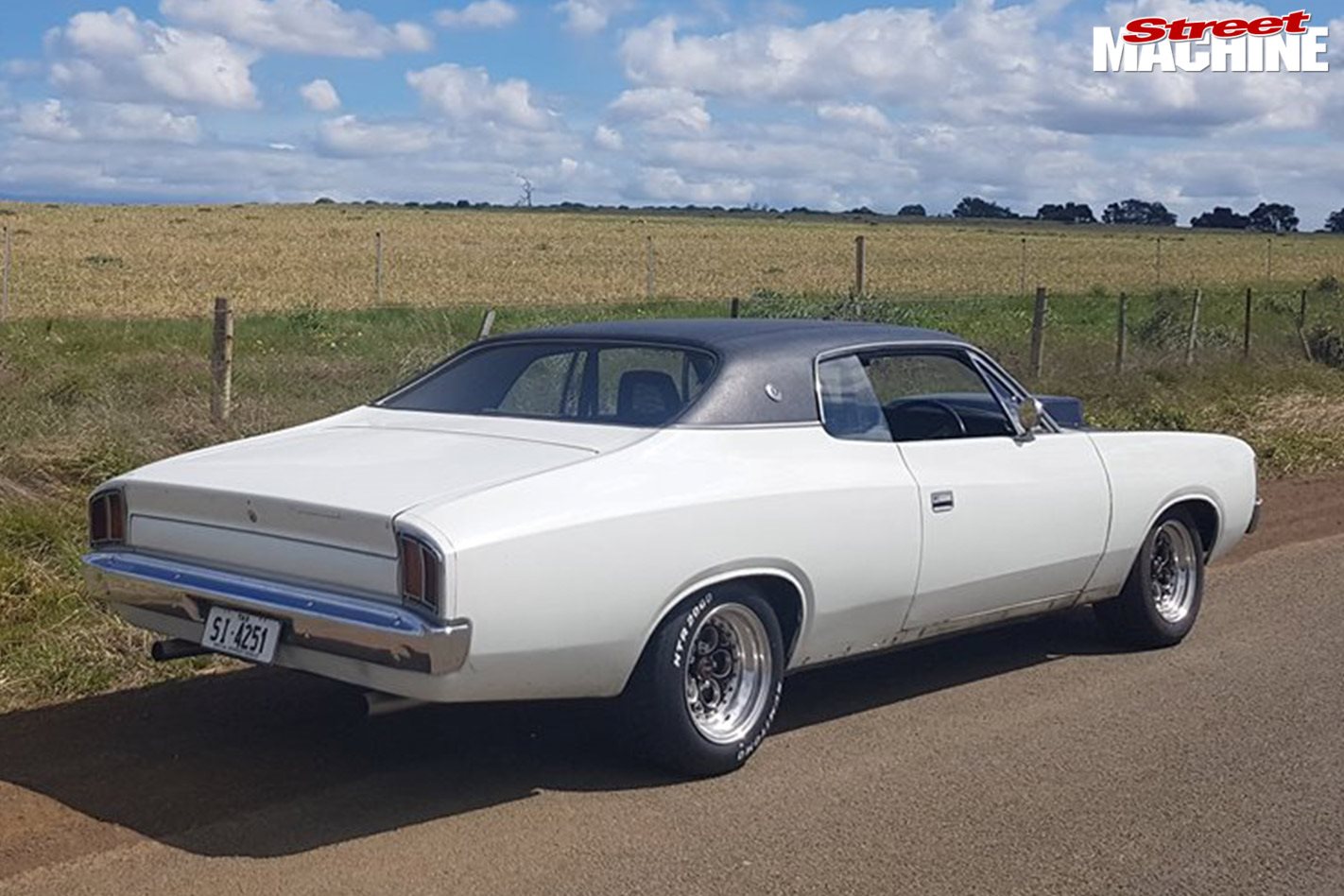 Since Grant gave the driveline a makeover a few months ago, he’s been getting the car out and about in preparation for Drag Challenge. Like most, he hopes his Val will survive the punishment of five straight days of street driving. “It’s definitely more of a street car than a drag car, and it was built to a budget, but I’m still planning on going out there and having some fun,” he says. 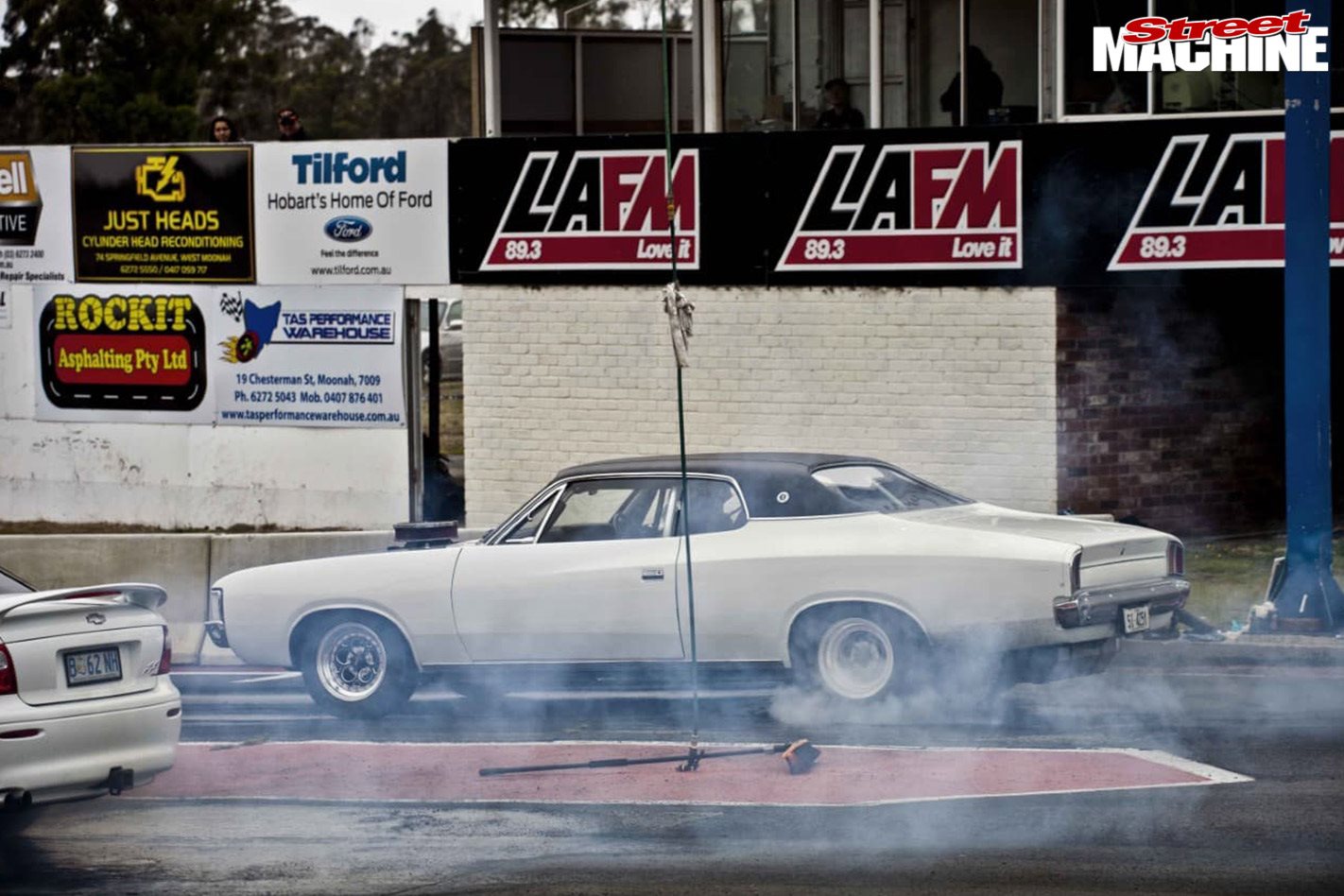 Grant’s first hit at the track after the car’s resurrection was a quick test at Tas Dragway, where he recorded a best of 12.2. He’s optimistic that with some R&D over the course of Drag Challenge the car will hopefully crack into the 11s. 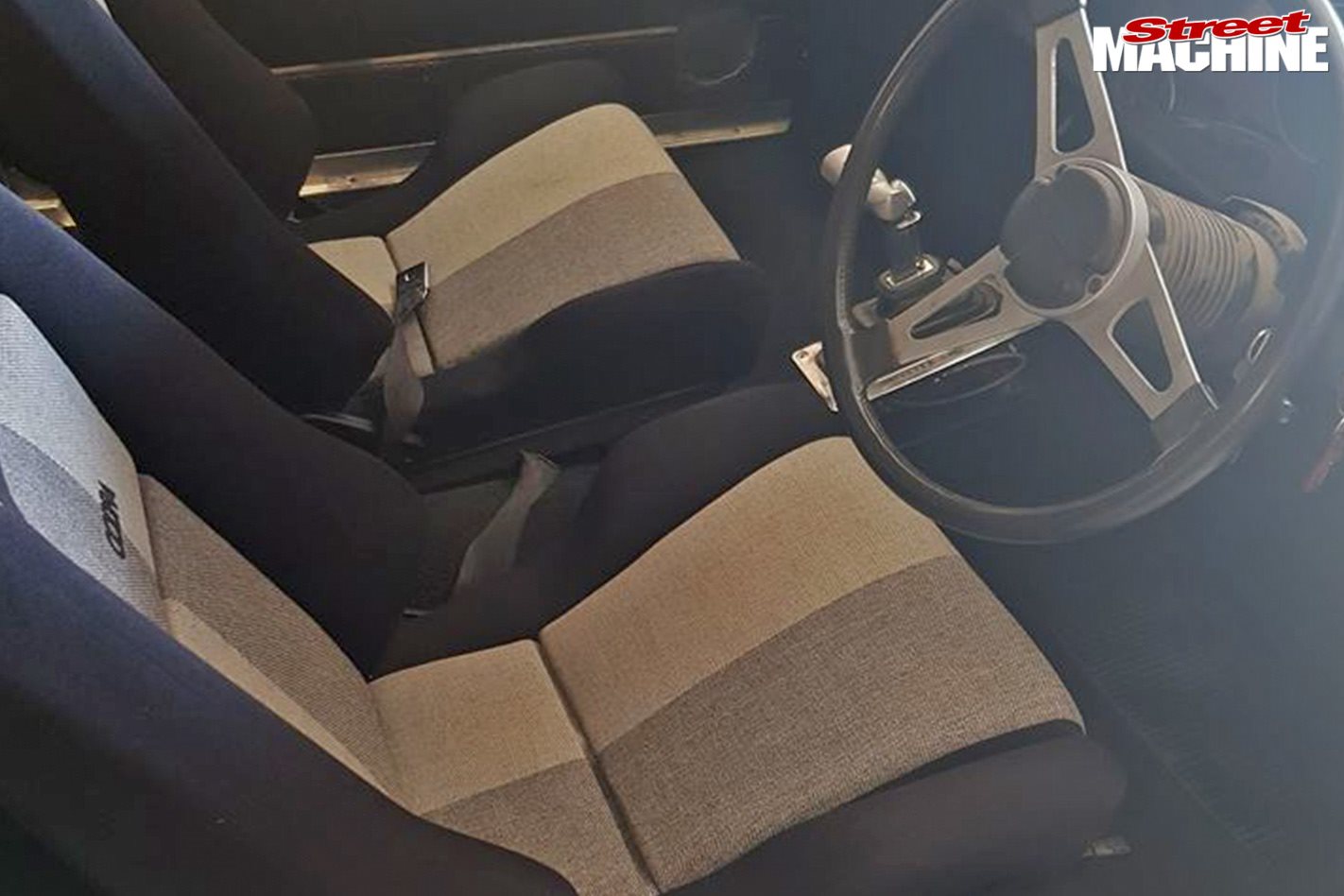 But like most DC entrants, Grant’s main goal is just to have fun. “There’s half a dozen of us coming up from Tassie for the week, including my mate with an orange VF hardtop,” he says. “So we just want to go out and enjoy the week.”