TODD Foley stepped it up for Street Machine Drag Challenge 2016. His stunning VH Commodore used to run a screamin’ aspo Holden motor that pushed the car to a best time of 9.59 @ 140mph and lived through two Drag Challenge events. This year though, the 383-cuber was replaced by a ball-tearing alloy 6.2-litre LS3 combo with a Magnuson Heartbeat 2300 supercharger. 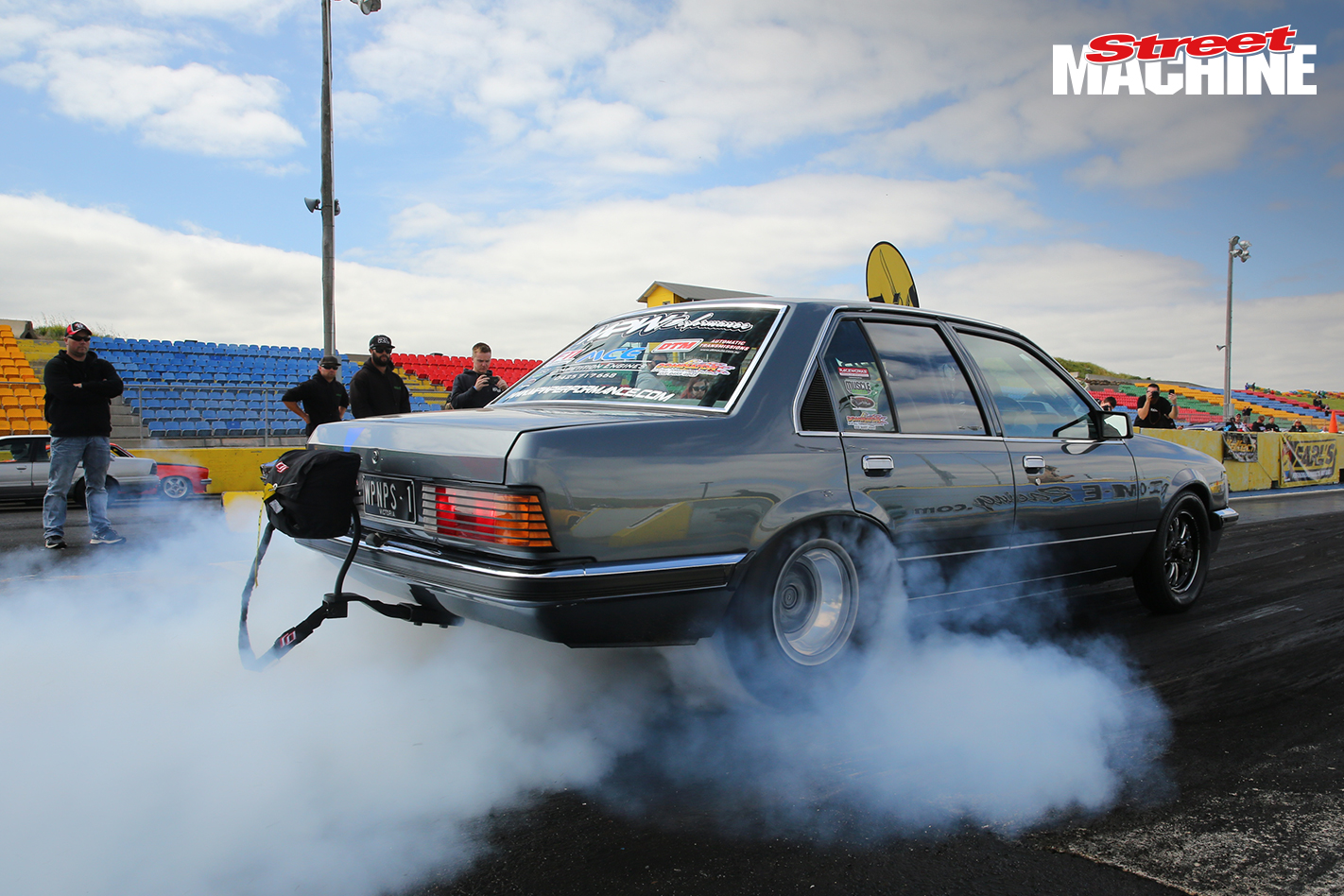 Turbo LS setups are all the rage at the moment, so why go blown? “Adam Rogash from MPW had the blower at his shop collecting dust so he offered it to me so I thought why not!” said Todd. “Plus the turbos add a lot of weight once you add all the manifolds and piping so I thought this would be the best option.” 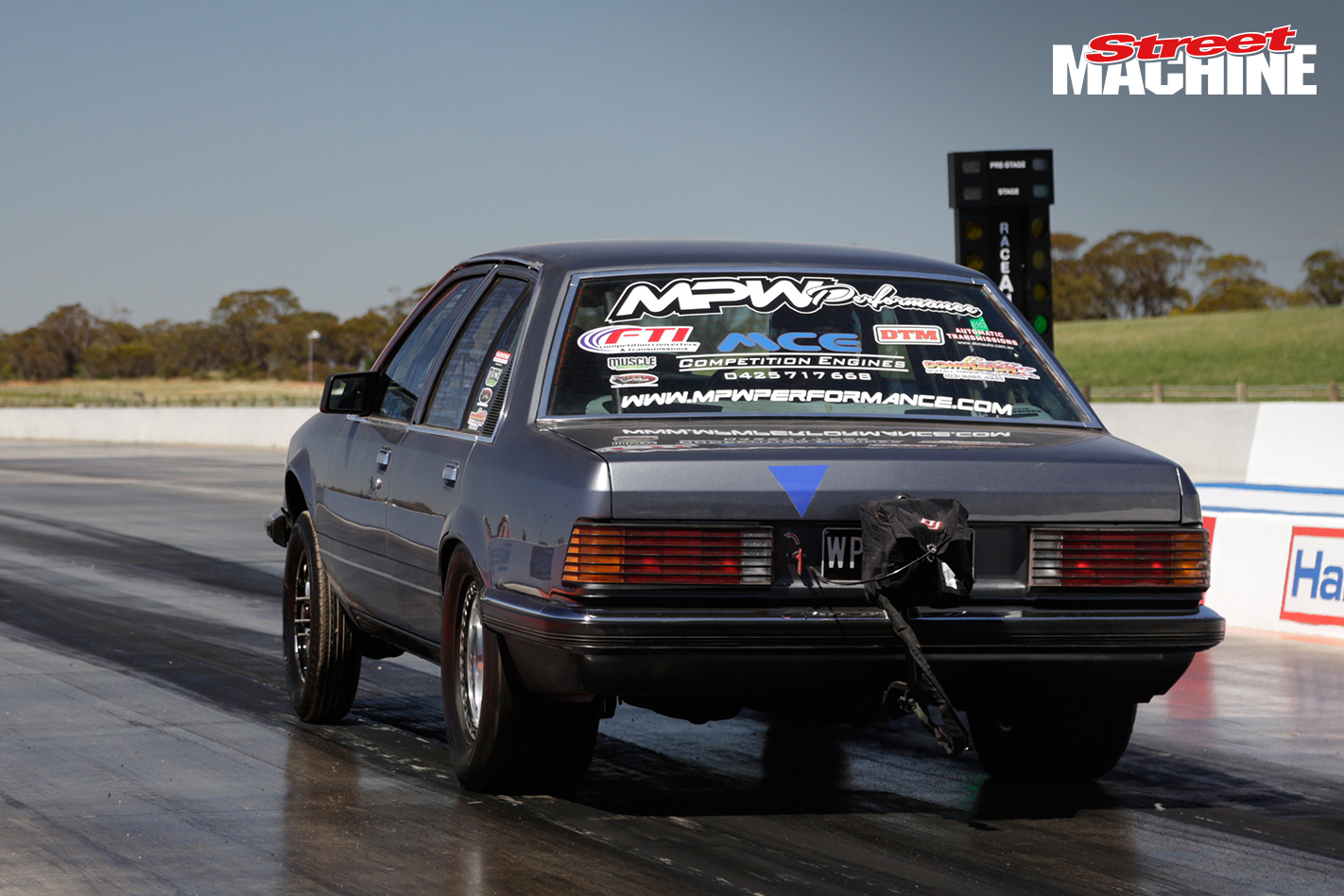 He turned out to be right, because right out of the box on day one, pass number one, the VH went 8.99 @ 152mph. “We did a test pass a week before Drag Challenge and it went 9.30 @ 138mph backing off before the finish line, so there was the expectation that it would go eights because that’s what we built it for, but I honestly didn’t think it would happen straight away,” said Todd. 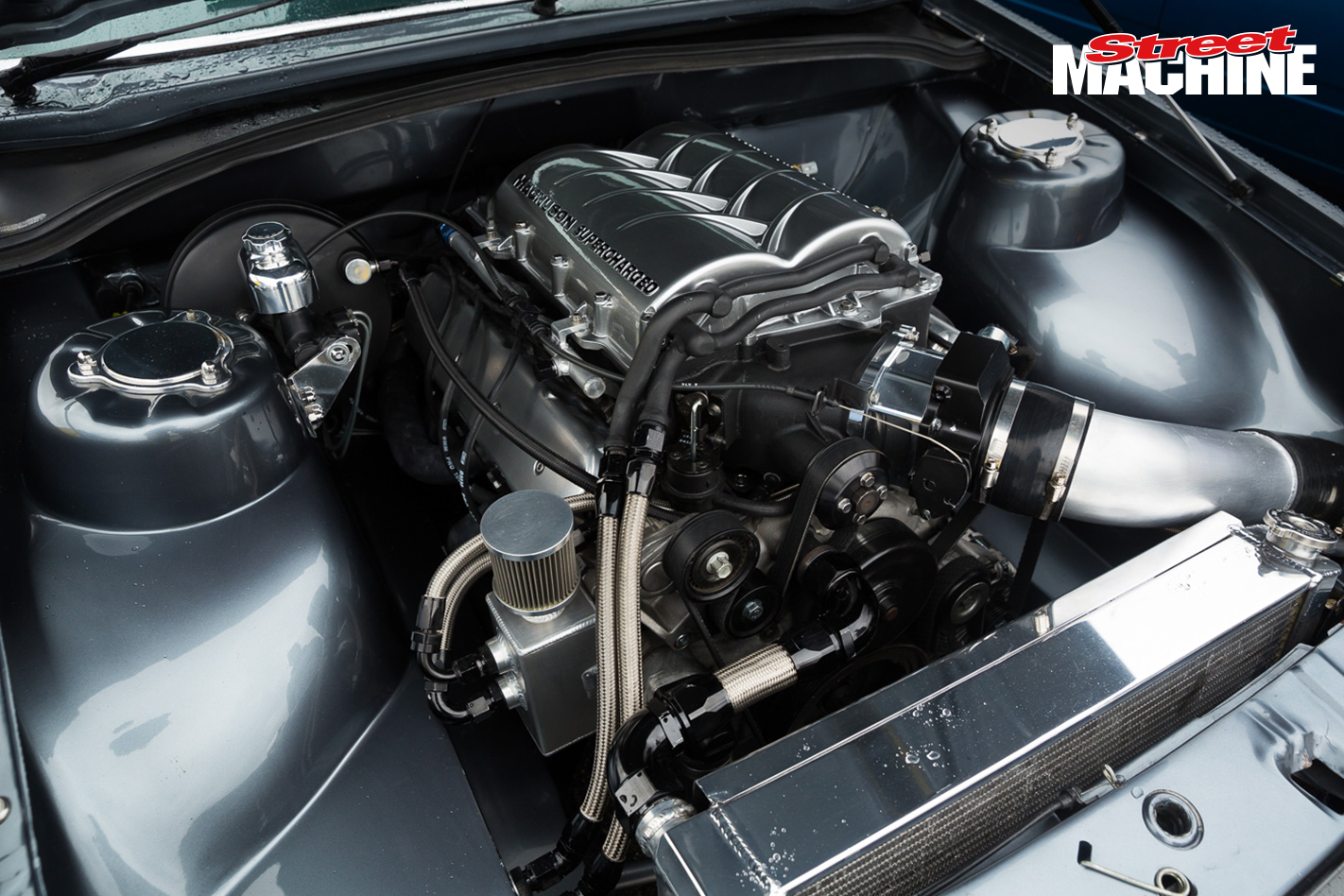 On the road the Commodore was a pretty happy cruiser. Like a lot of the big guns, oil temps were getting up there after four or five hours on the road but it was no biggie. “We just kept changing the oil to make sure it was all good and we found that changing to a different viscosity helped us, otherwise it was all good.” 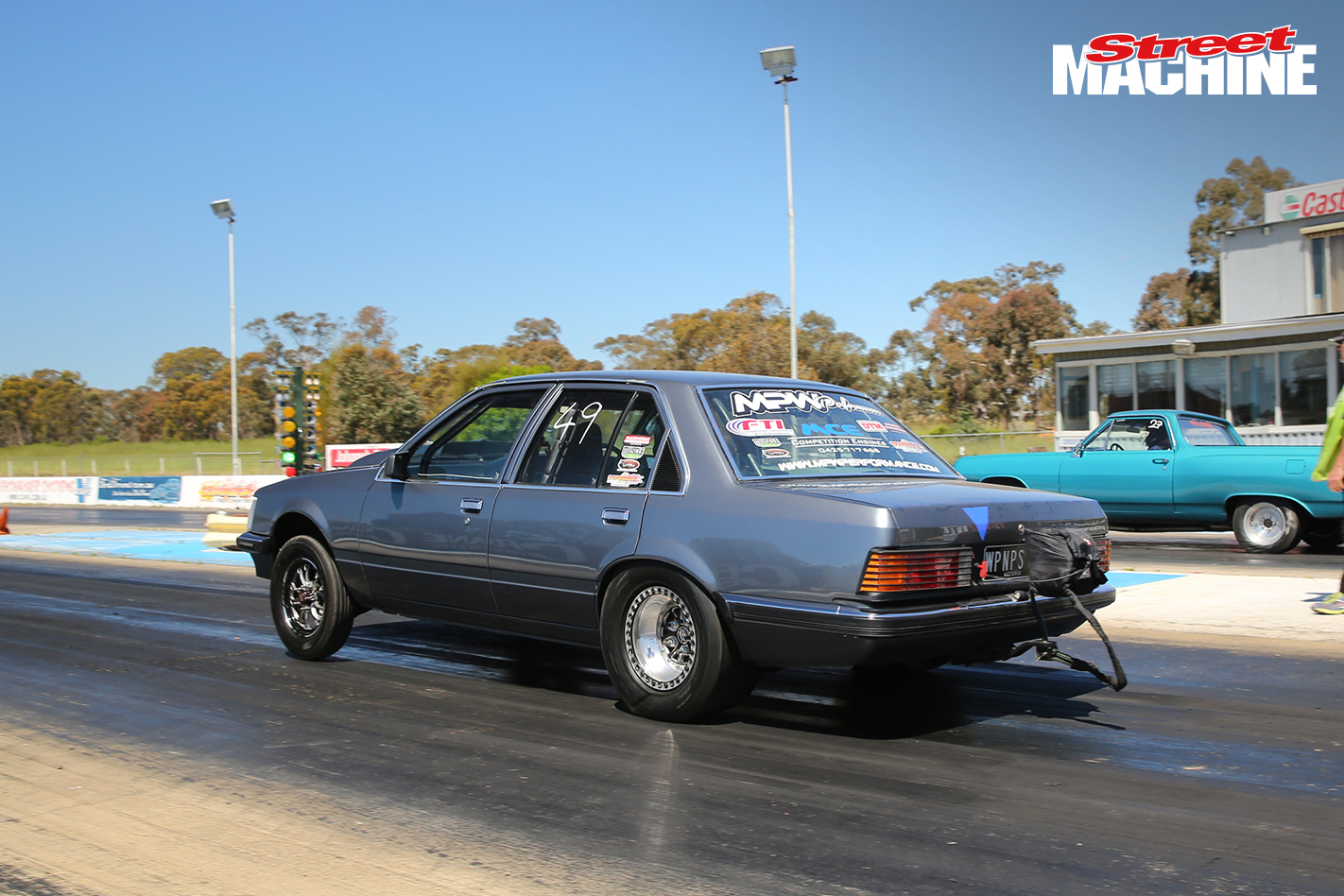 Driving between tracks, Todd switched from E85 fuel to the more readily available 98 octane juice. “The car runs a factory LS3 computer, they’re pretty cheap so we had two of them – one with an e85 tune and another for the 98 so before we hit the road we just drained the tank and swapped ECUs.” Being our quickest competitor without a trailer also meant Todd couldn’t tow along a tanker full of fuel so being able to fill up at country servos was a must. 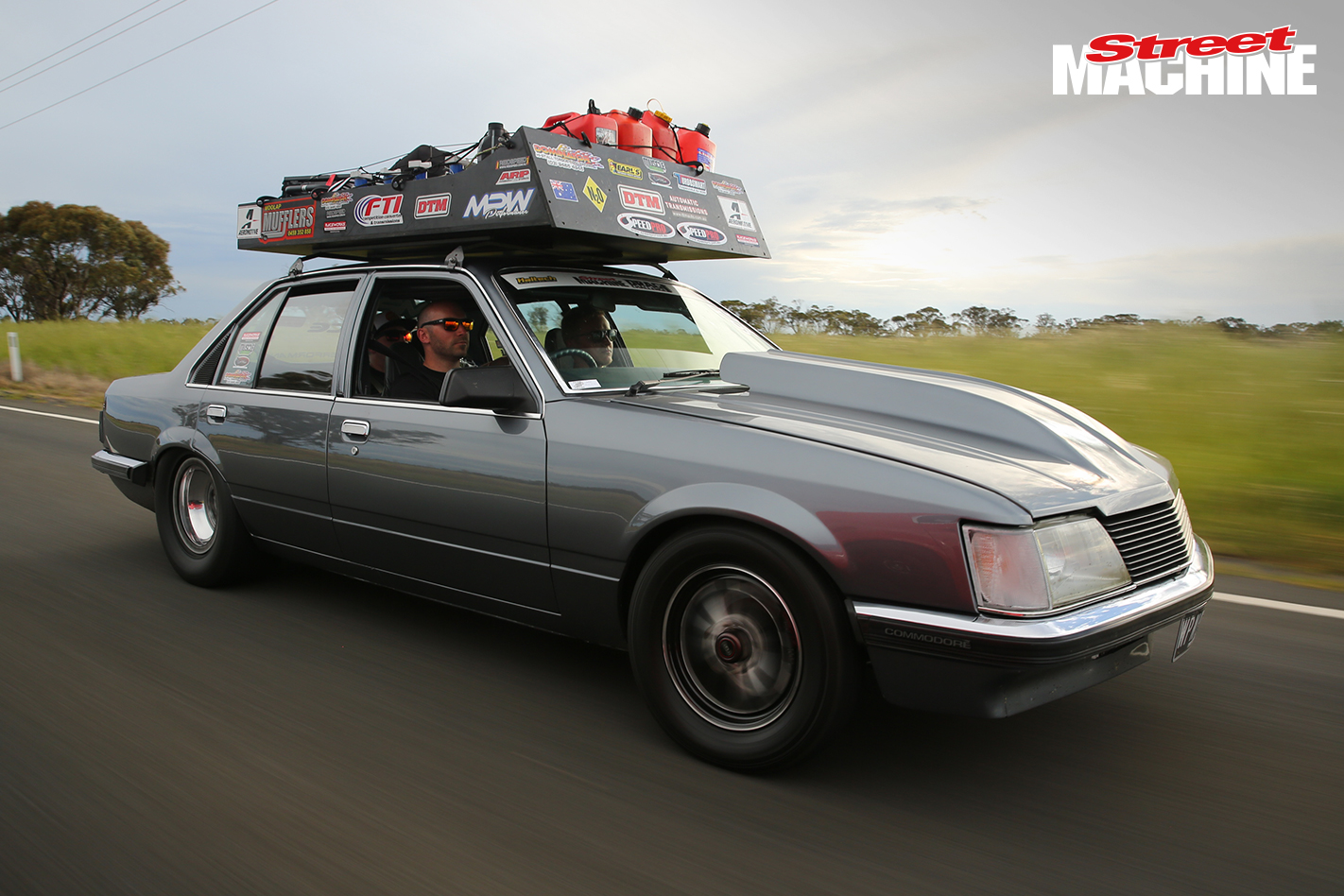 “We just got creative with stacking all our gear,” said Todd, who definitely did not wear the same clothes all week. “My brother made the roof racks a few years ago and they’ve been to every Drag Challenge event.” Jerry cans, oil, jacks and a few other bulky items went in the roof racks, the rest coerced into the car. 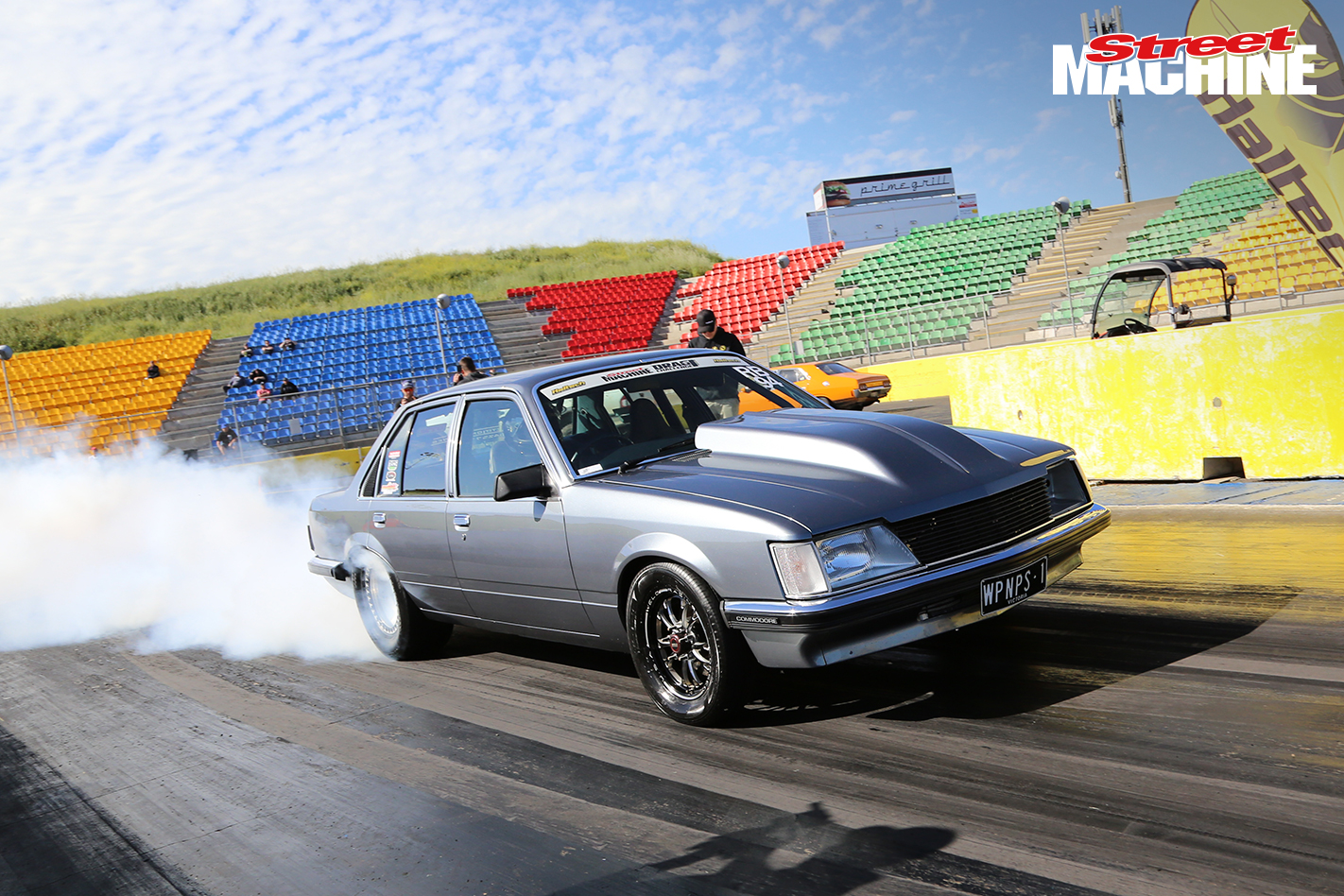 Unfortunately for Todd, Drag Challenge didn’t finish quite the way he would have hoped. On the final day at Calder, Todd crossed the finish line at around 140mph and after lifting off the accelerator, the motor let go and sprayed oil under the car. As we all know, oil and drag slicks don’t mix too well, especially at 140mph. Once it was under the rear wheels, the car made a hard right and spun pretty violently. 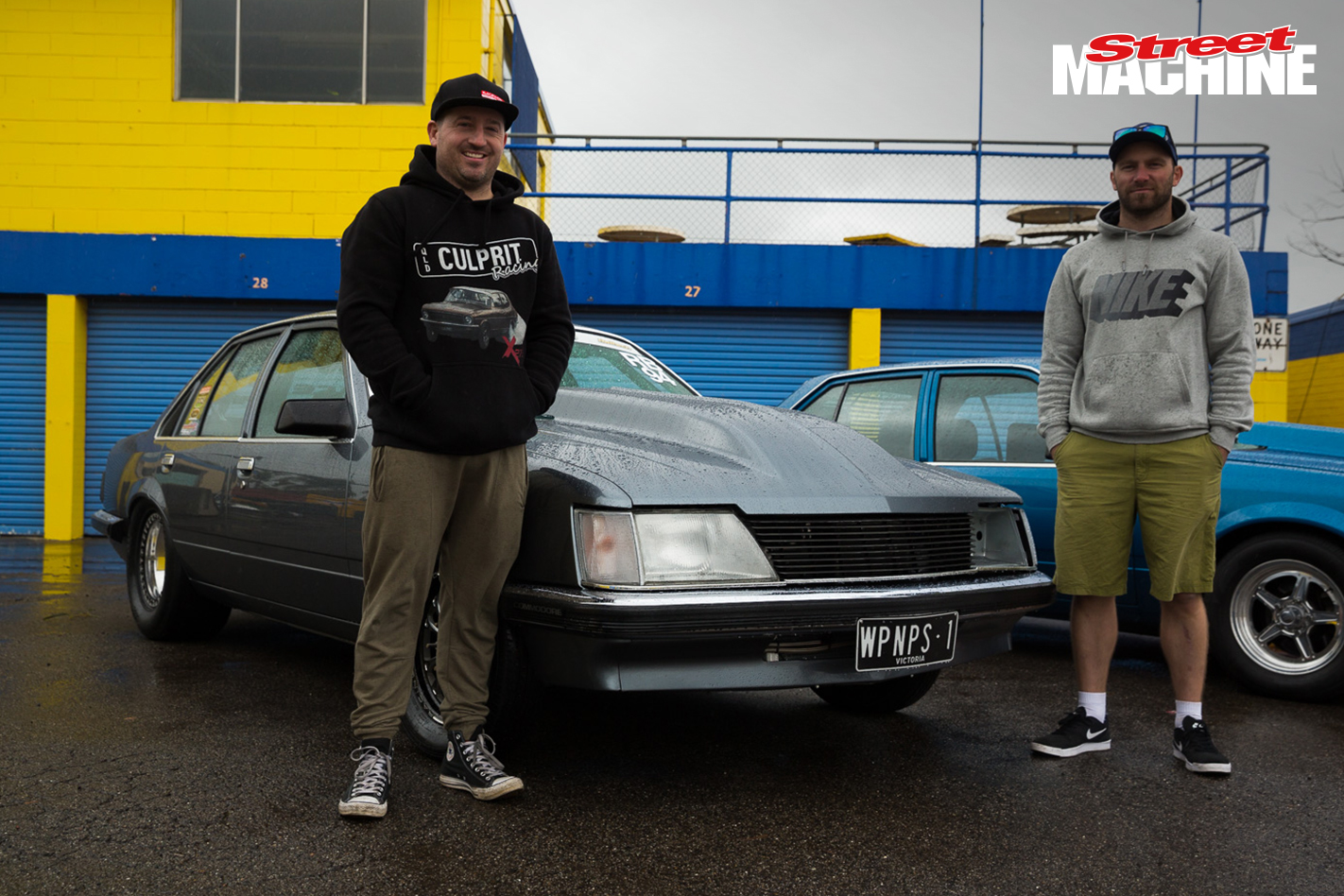 “I was going backwards and as it came back around it just collected the passenger side guard,” said Todd. “Even though it was far from an ideal ending, I’m just glad I was still able to hand in a time slip at the end and actually complete the event.”

“I’m absolutely stoked to have finished in the top ten, I didn’t expect that at all after seeing the calibre of cars and twice as many entrants as last year,” said Todd. 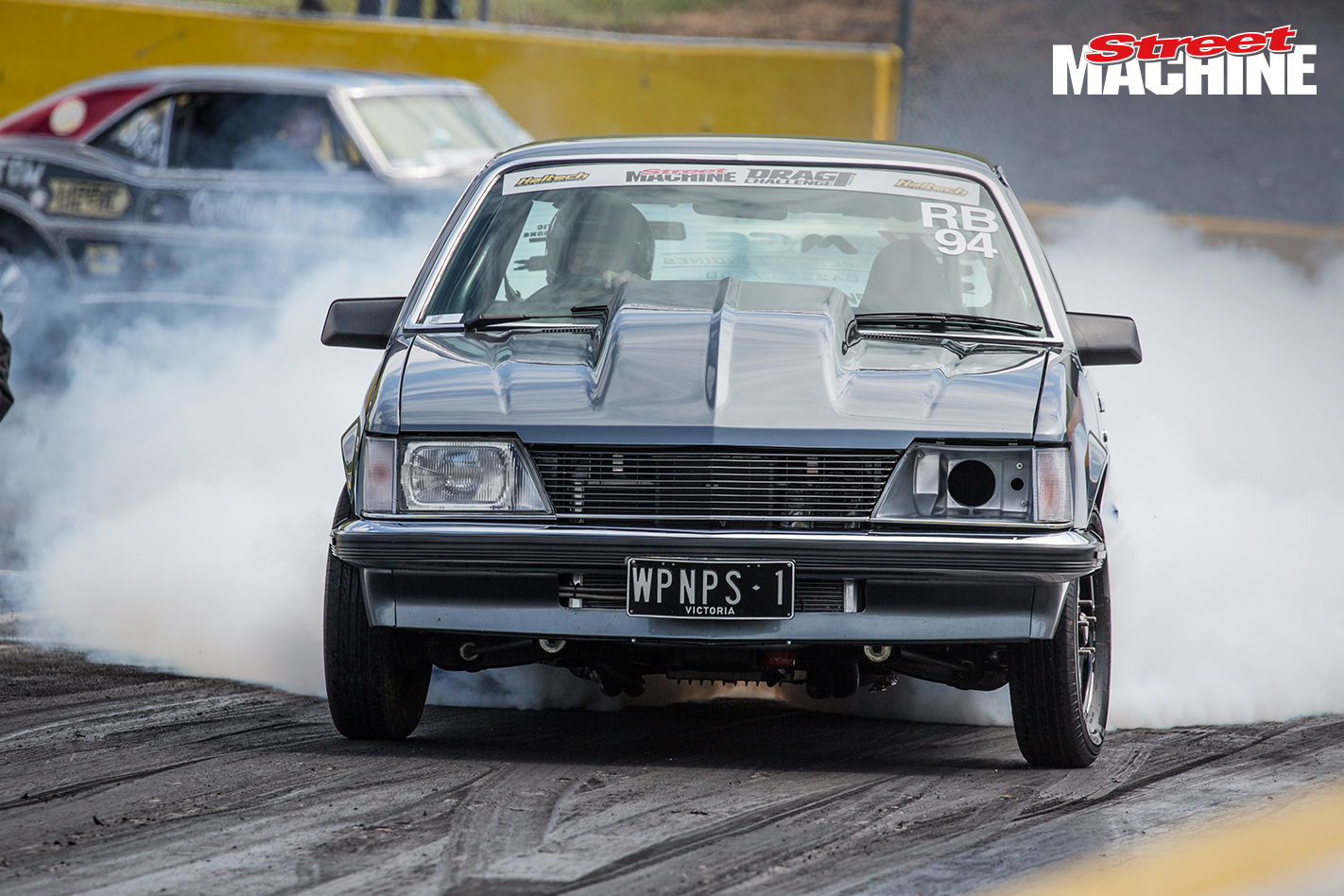 “Big thanks to Adam and Luke at MPW, Craig and Aaron at DTM Automatics, James Melmoth at Melway Competition Engines, Tuff Mounts, VCM Autotechnique and Jason from Dominator converters.”