A VETERAN of every five-day Drag Challenge event so far, Brendan Cherry has run with several very different cars over the years, from his original turbo LS HQ Monaro, to his elite-level big-block HK Monaro, and then on to a VL Calais he originally shared with his mate, Josh Ploeger. 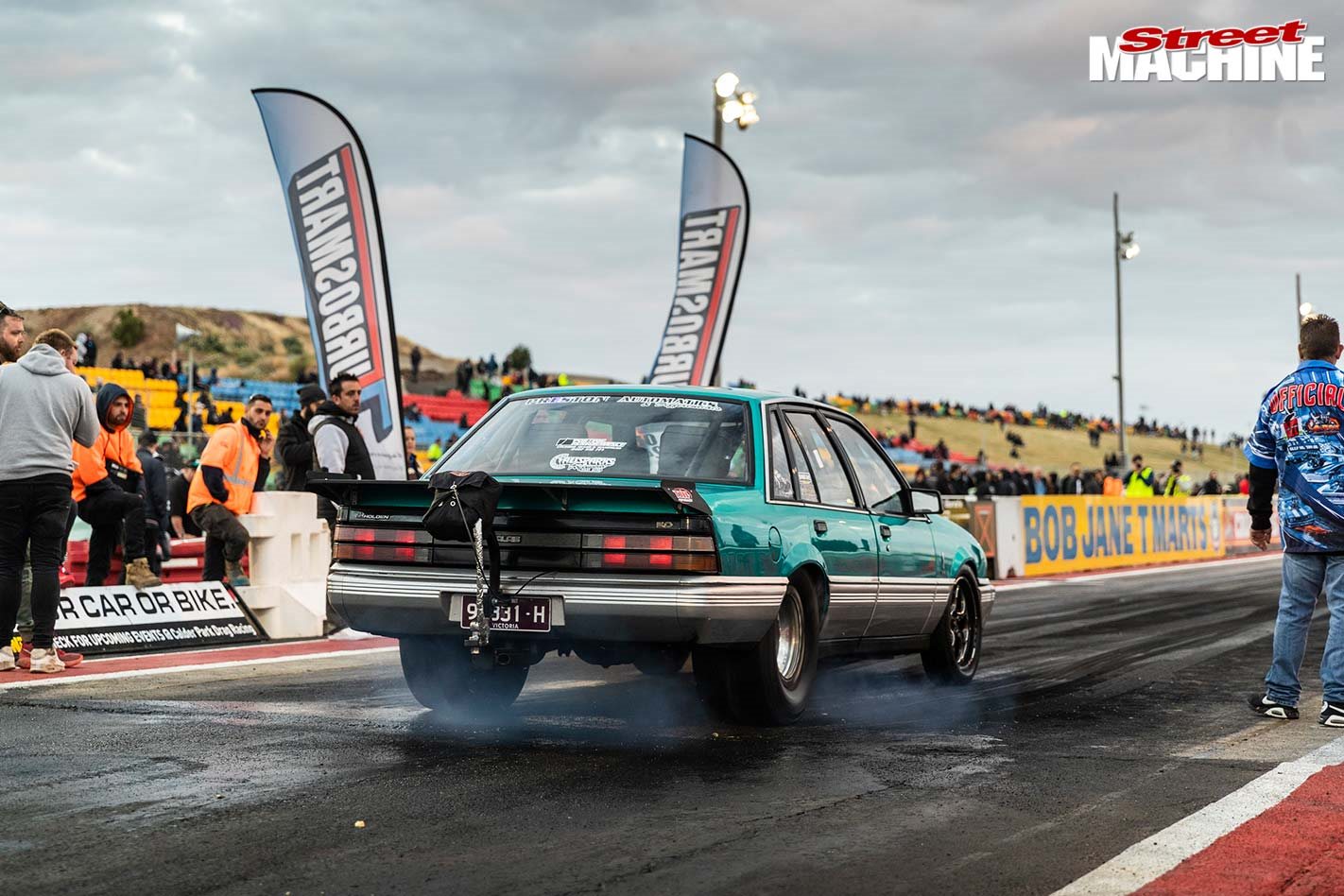 Straight out of the gate at Calder on Day One, Brendan ticked that goal off his list, running a 7.79@180mph – a new MPH PB for the car. “I’d like to get the ETs down into the 7.50s if we could,” Brendan said at the time. “Running a seven and nearly 181mph is great, so we’ve done what I’d initially wanted to achieve.” 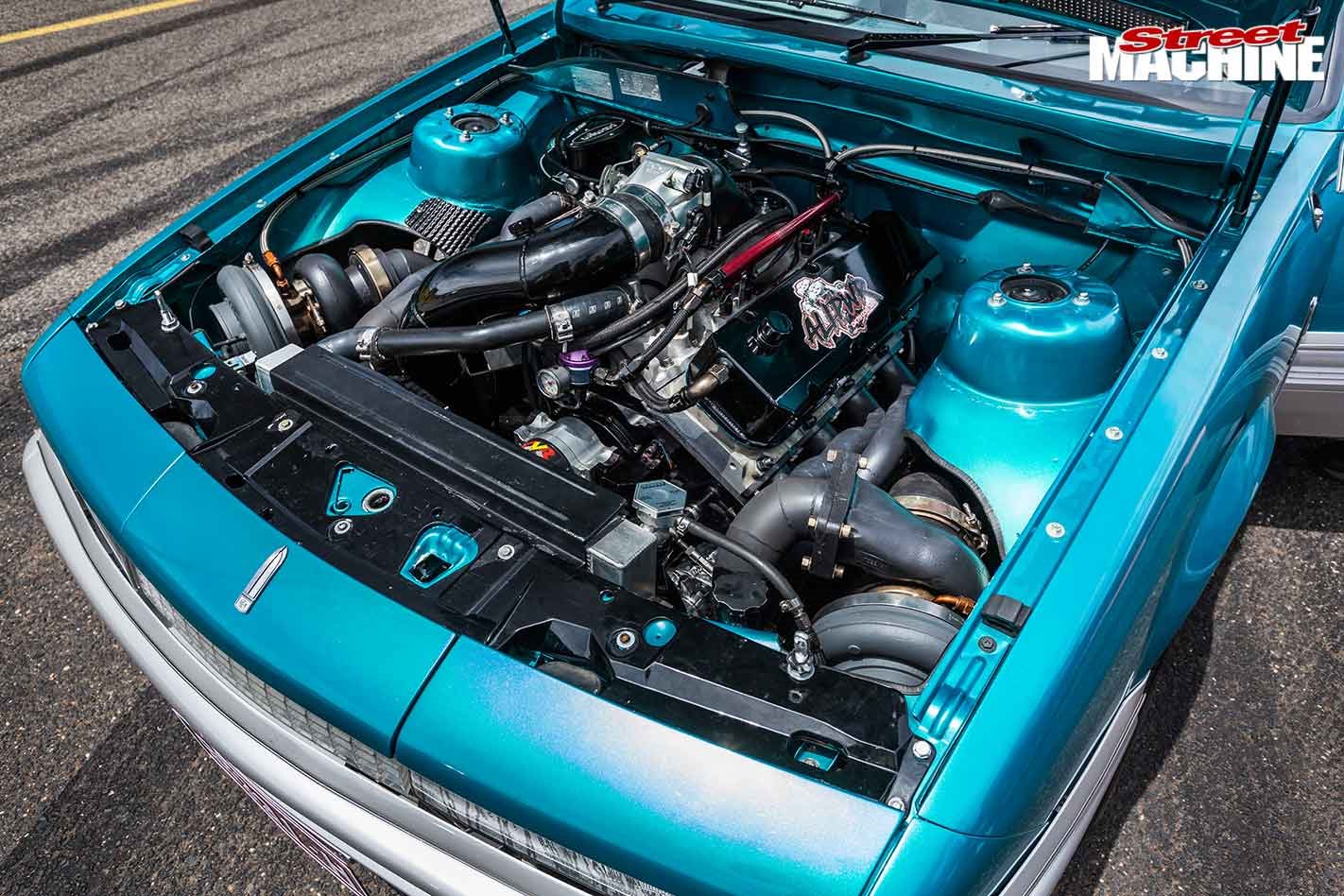 Last year head gasket woes knocked them out of the DC race in Swan Hill, but 2019 was a different beast, and the teal Calais cruised effortlessly up to Mildura where Brendan really started to lean on it. Across Tuesday and Wednesday, his 5.11@143mph and 5.22@143mph locked in his second-place spot in the Turbosmart Outlaw Blown class. 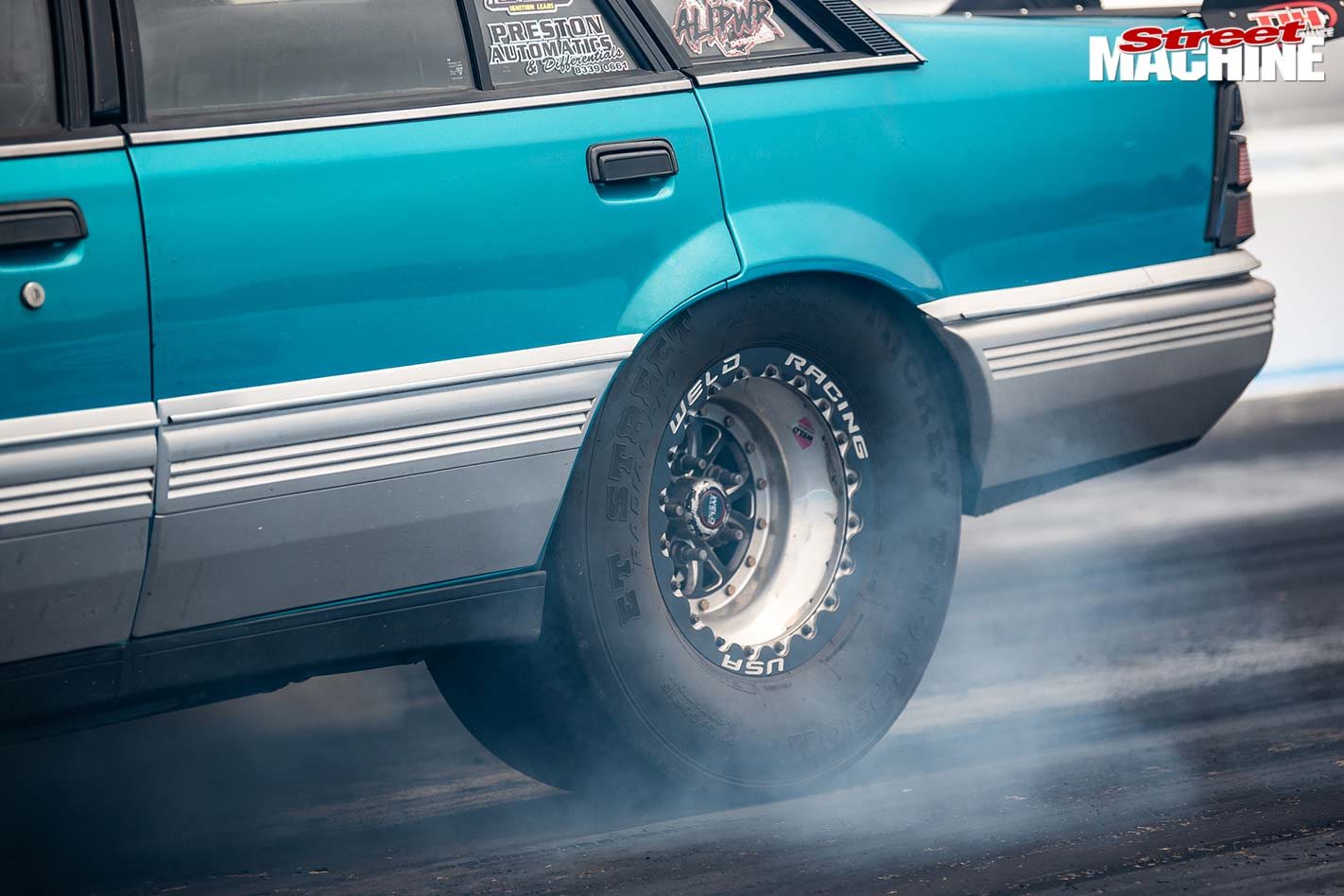 “With the weather we’d had on Tuesday, we decided to put our no-prep tune in it, and it just stuck,” Brendan said after Mildura. “We didn’t have any dramas on the big road legs either, even running E85 full-time.”

The difficult weather conditions in Portland saw Brendan finish second-quickest behind Outlaw Blown class (and Overall) leader Harry Haig, with a 5.09@147mph four-hundredths of a second behind Harry’s 5.05@140mph. 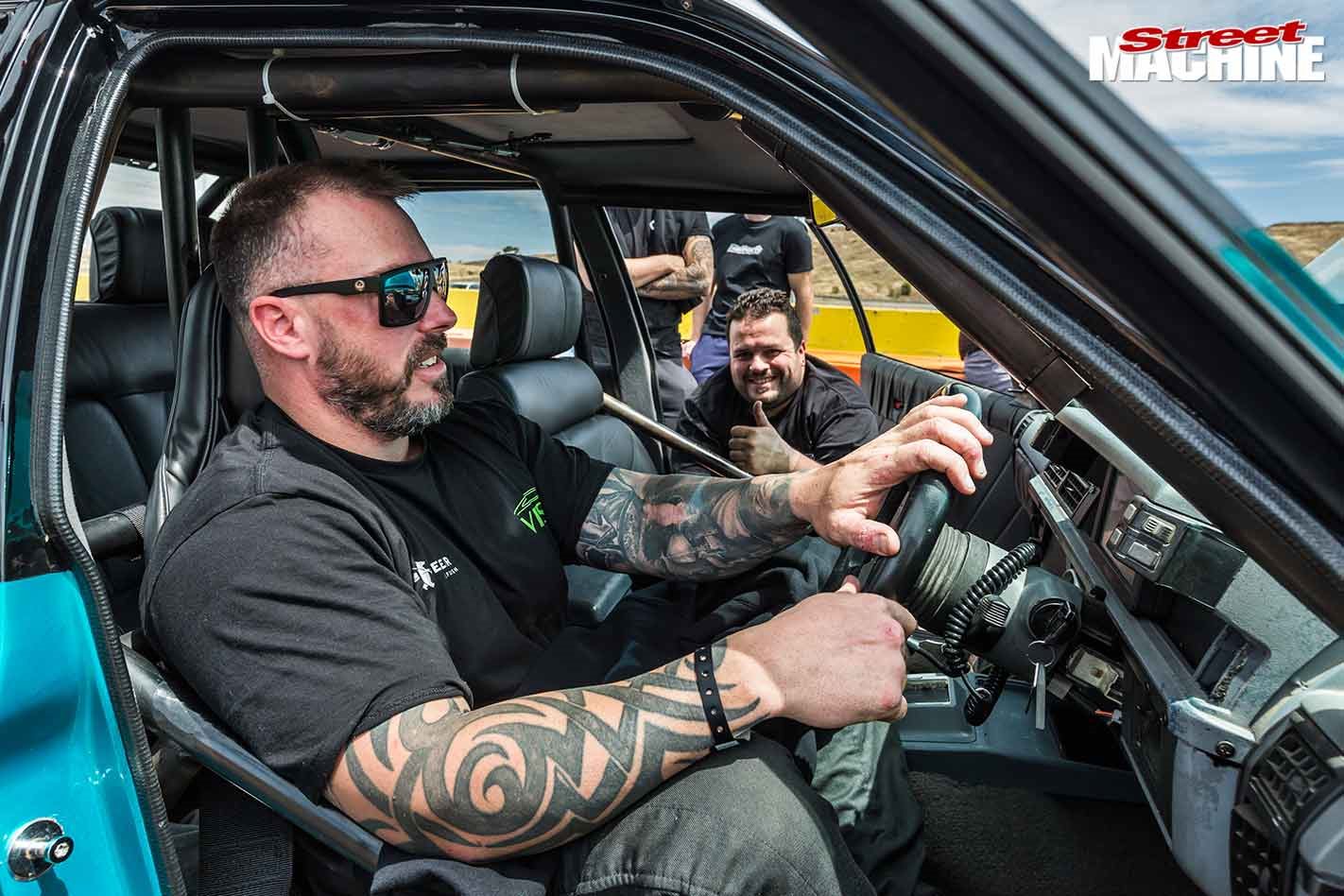 Back at Calder on Friday, the boys were keen to run that mid-seven and finish Drag Challenge on a high, duking out for second Overall with Daniel Szabolics’s epic big-inch HQ Monaro. Brendan’s 7.61@184mph not only reset the car’s ET and MPH PBs, but locked him into second Overall and second in Turbosmart Outlaw Blown.

“We are rapt; we are over the moon,” said Brendan after collecting his Seven-Second Club red hat. “I didn’t see that second Overall coming! The car has a fresh AliPwr engine, so we came in just hoping to PB on Day One.”