While he normally runs a 347ci Windsor up front, the stroker motor suffered a calamity just a fortnight out from DC, throwing Bruce’s preparations into chaos. 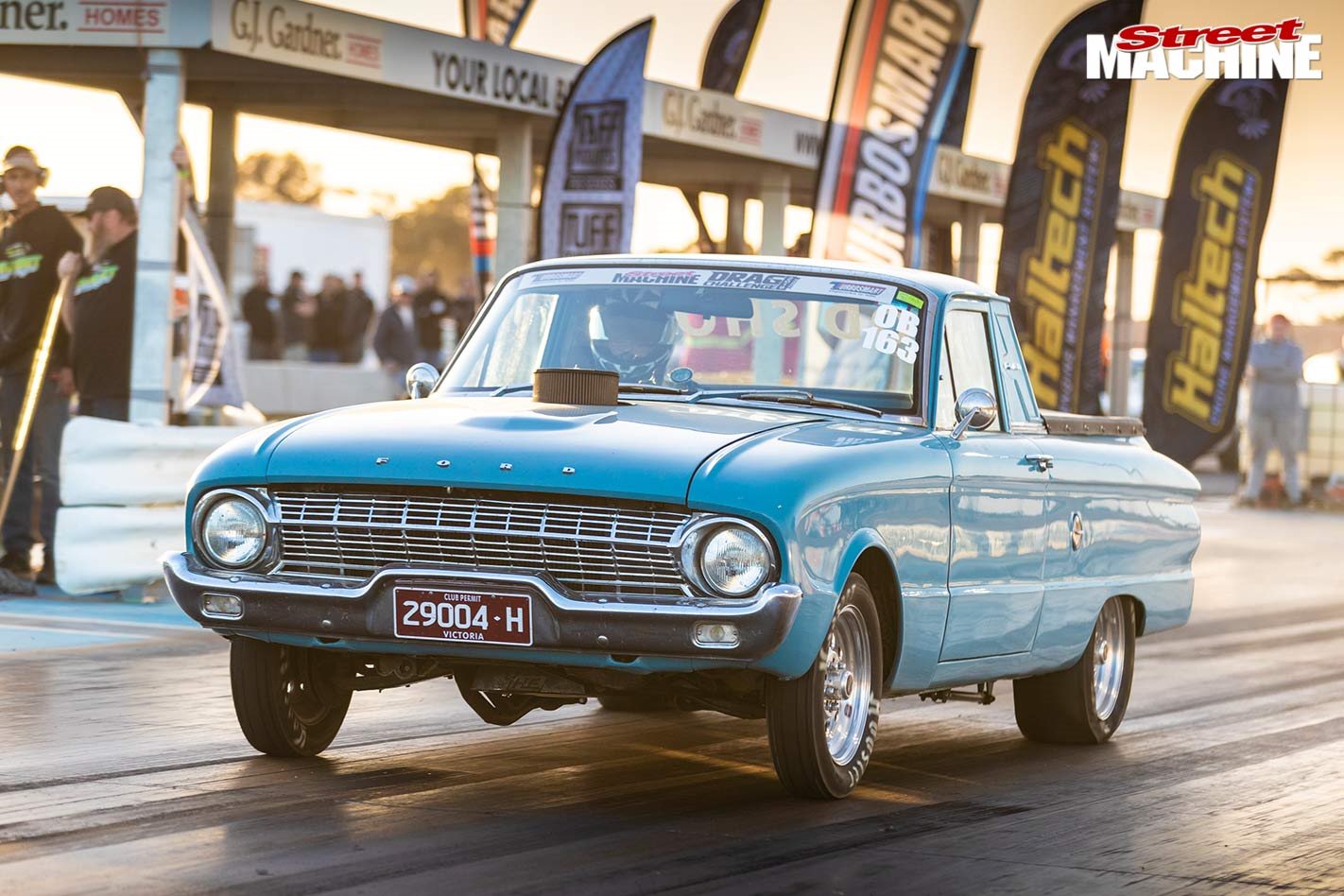 “Two weeks before Drag Challenge the Windsor dropped a valve at Heathcote,” sighed Bruce. “So I fitted a stock-bottom-end 302 that I had in my panel van. It was from a Fairlane with a couple-hundred-thousand kilometres on it. I put some new Chinese heads on it and plonked the intake on from my other engine.” 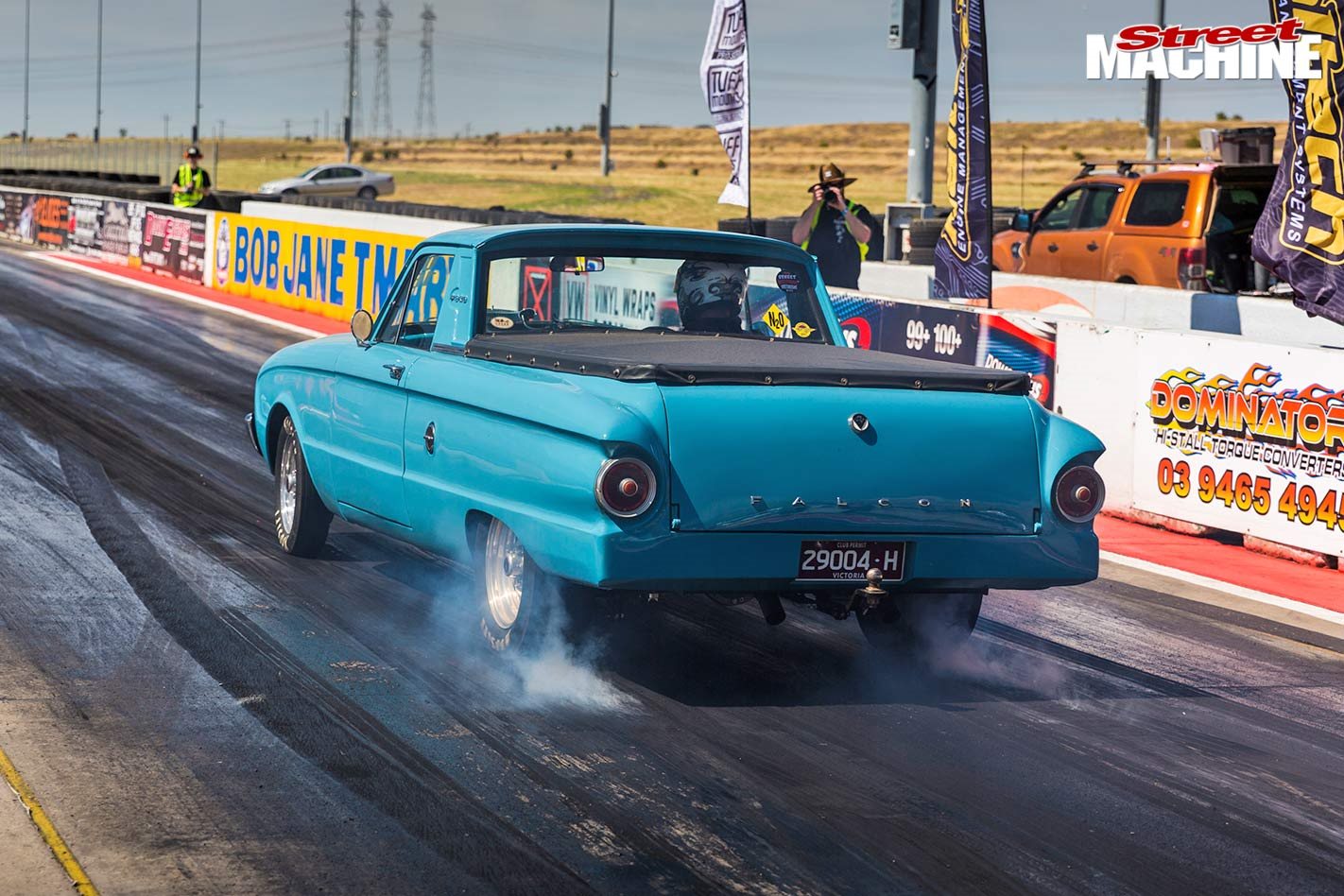 Bruce’s ute runs what he described as a “poor man’s Gear Vendors” overdrive to tame the four-speed Jerico manual on road legs. This is actually a spare BorgWarner diff loaded with a lazy 3.08 ratio, which he swaps in as a complete third-member for road legs. Before racing the car, he swaps in another BorgWarner running drag-friendly 4.11 ratios. “It’s too hard to drive with the Jerico and 4.11s, but the 3.08 was great as you could drive at 2500rpm,” Bruce said. 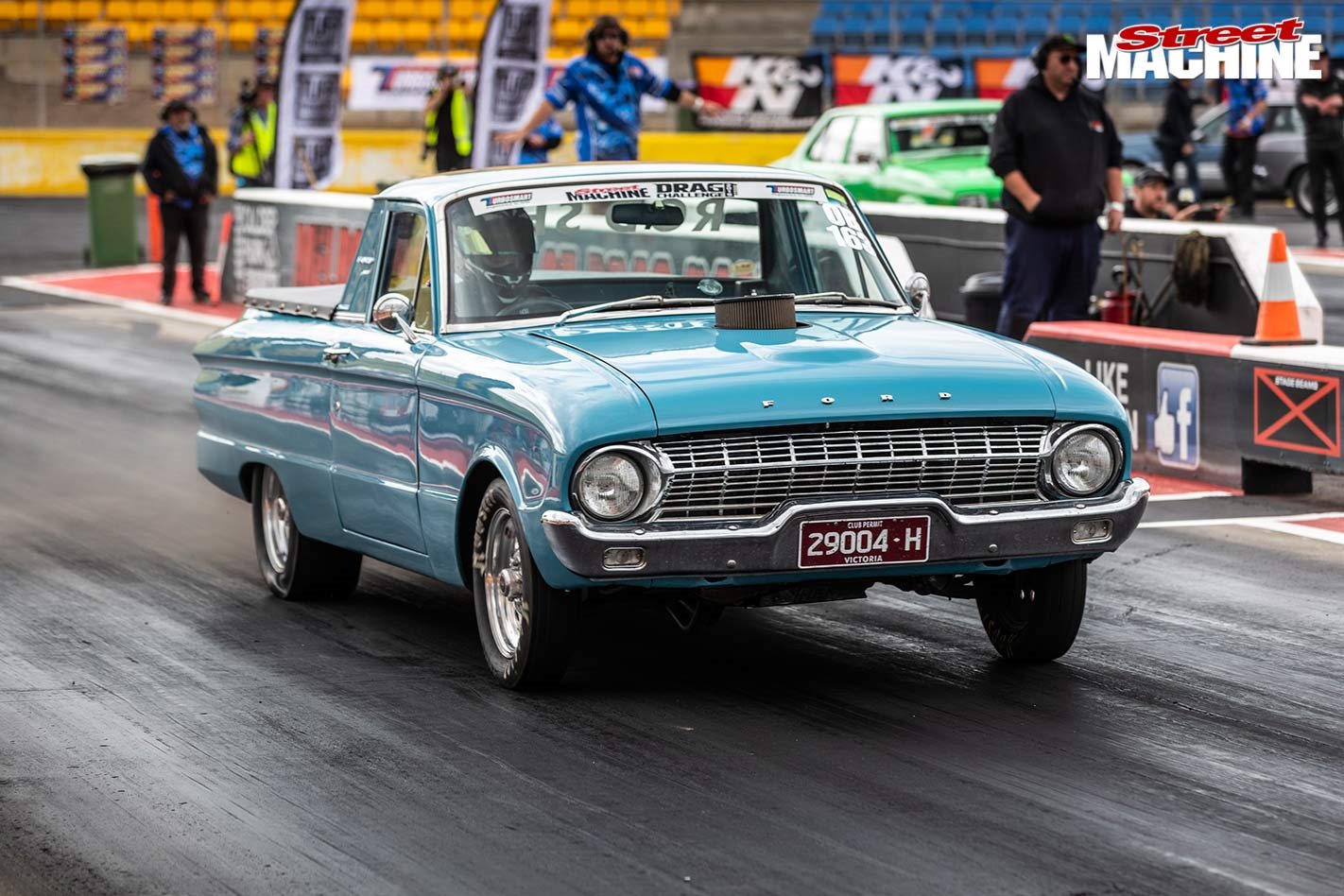 On Day Five they added more gas and pulled an 11.06@124mph, which had Bruce cheering and won him the Quickest Stick-Shift trophy. 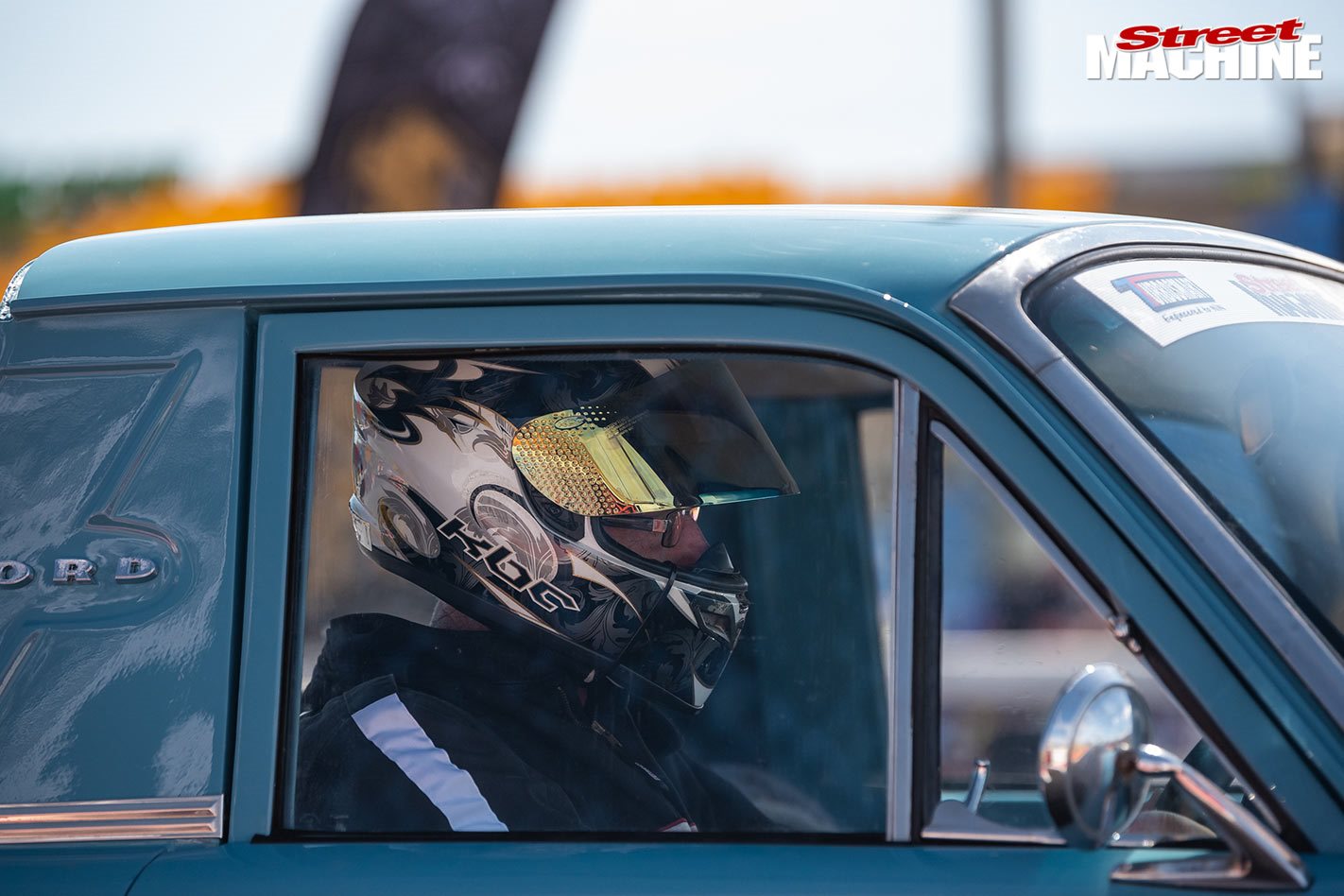 “Going across the line, it was valve-floating at 6000rpm, but it got us through the week,” Bruce laughed. “I never thought it would go that quick; I was over the moon.

“We started off with a 50-shot, and stepped up to a 100-shot on Day Five. I want a visit from the ANDRA guys, because it doesn’t have a ’cage, but we didn’t quite get there.” 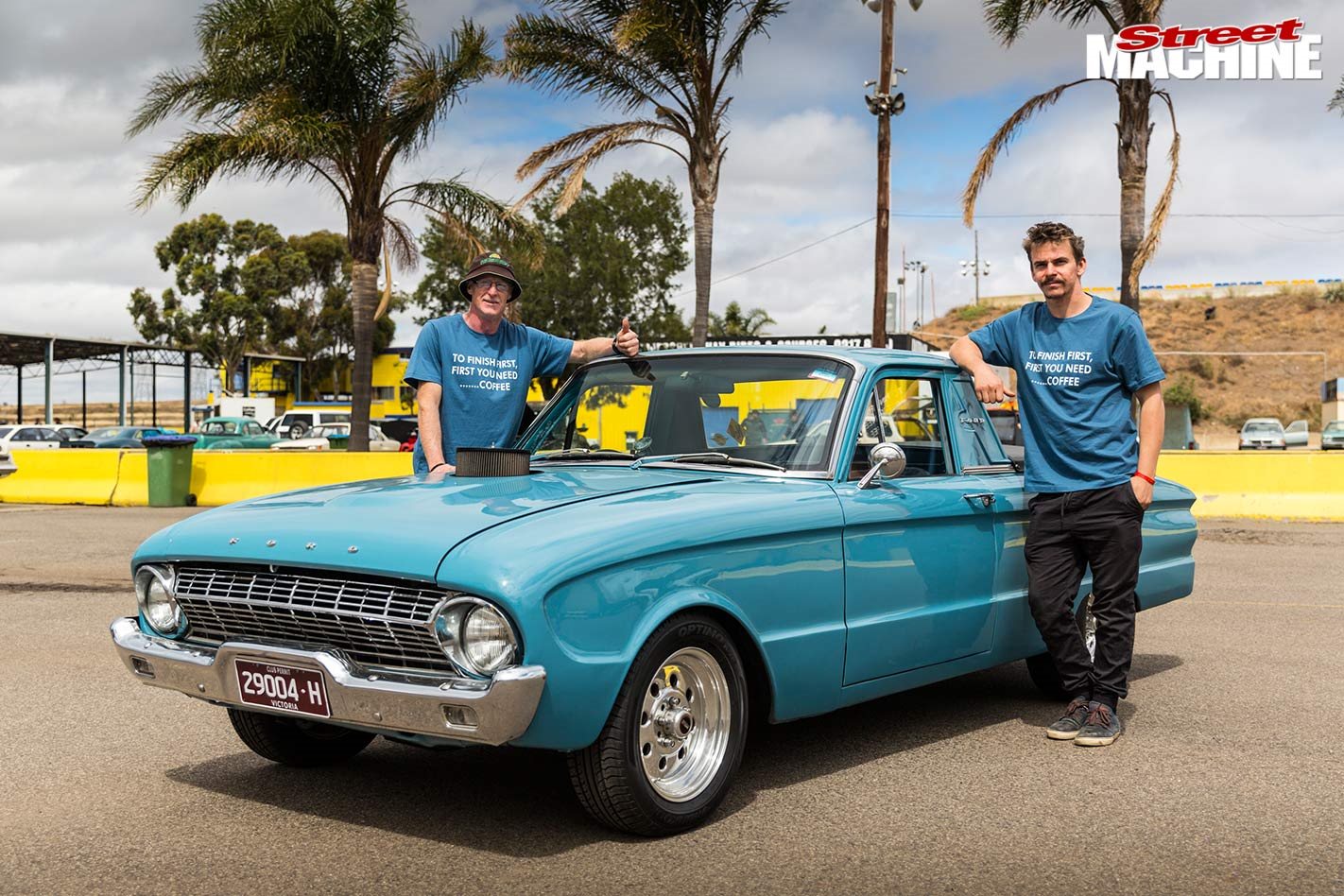 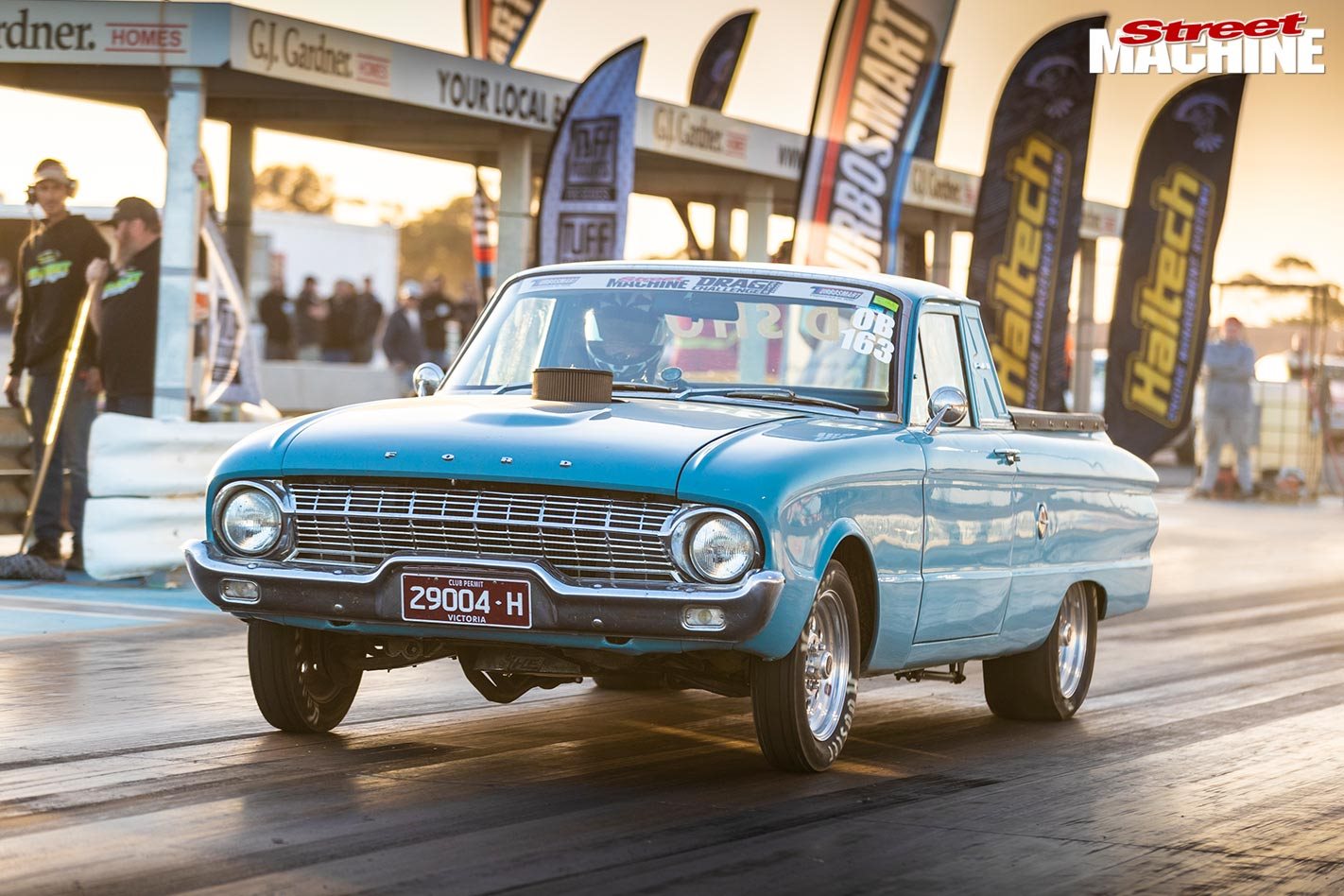 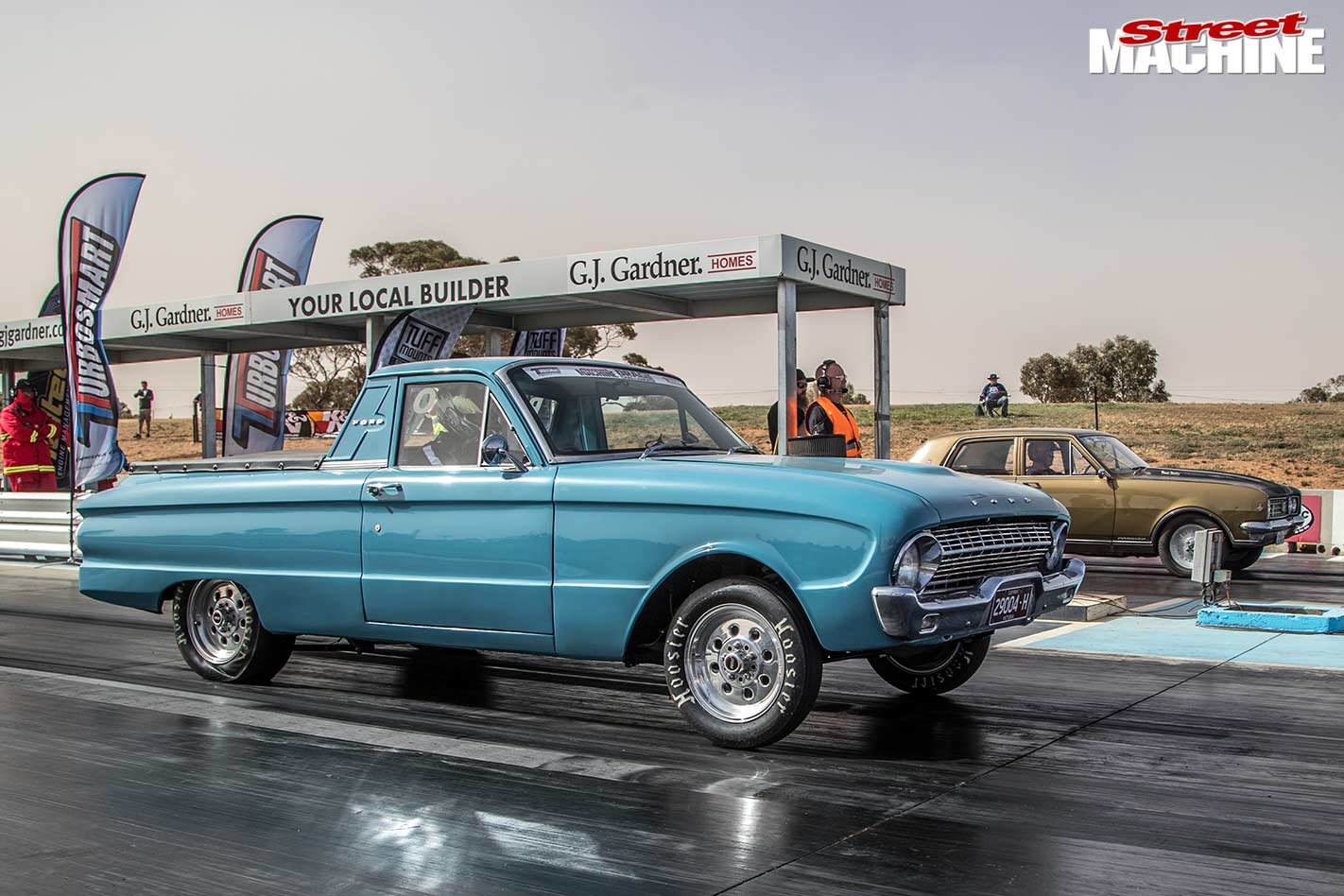 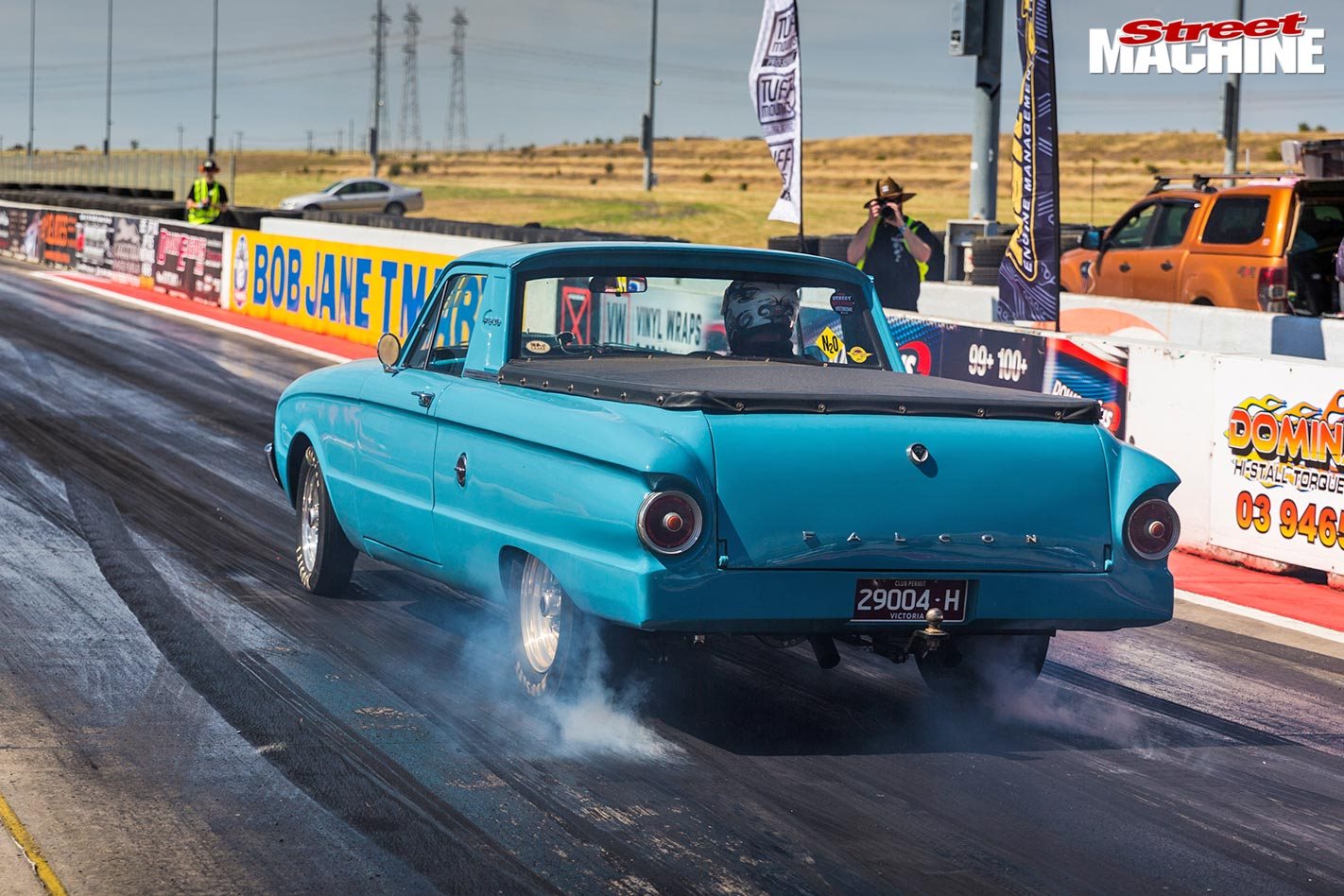 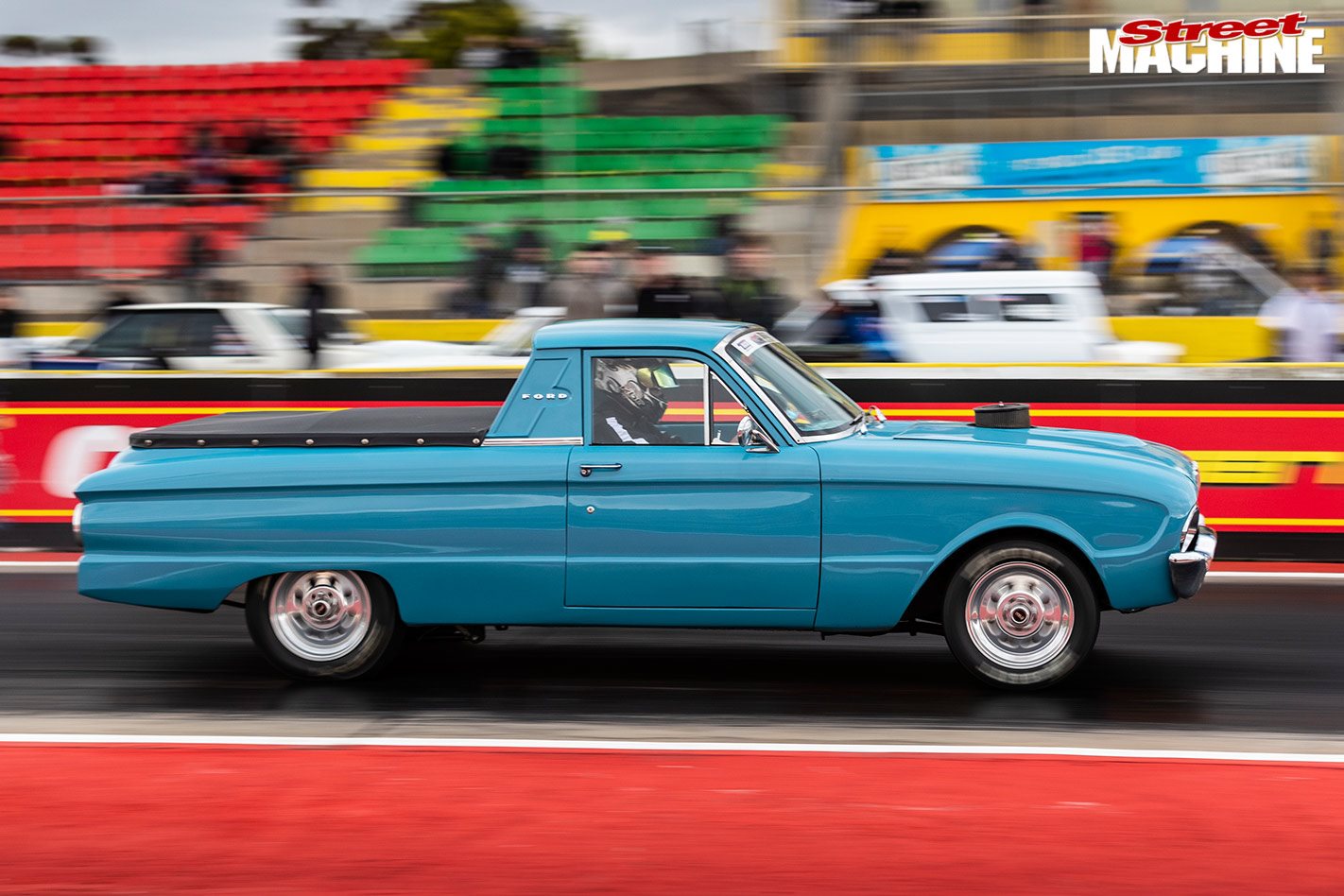 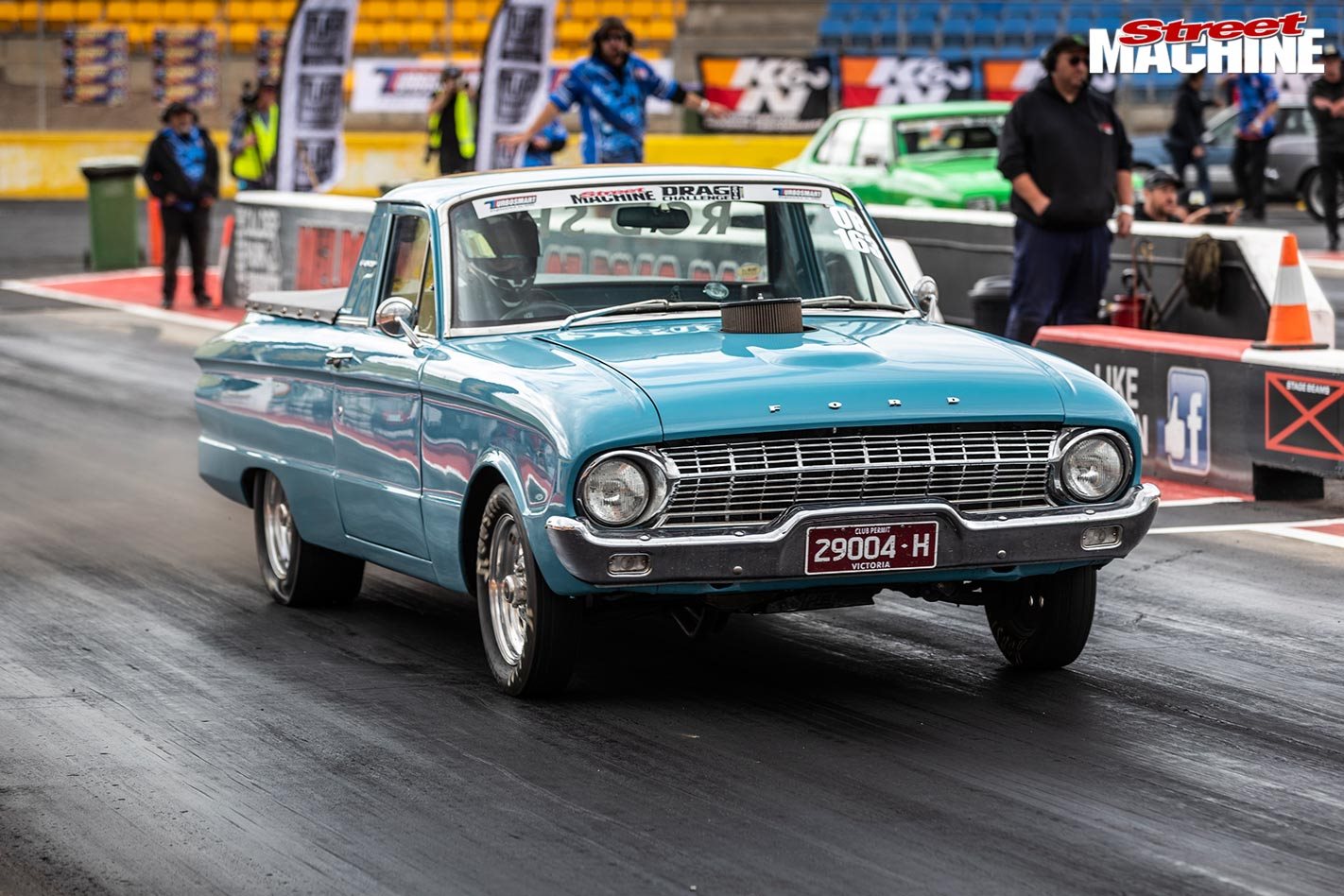 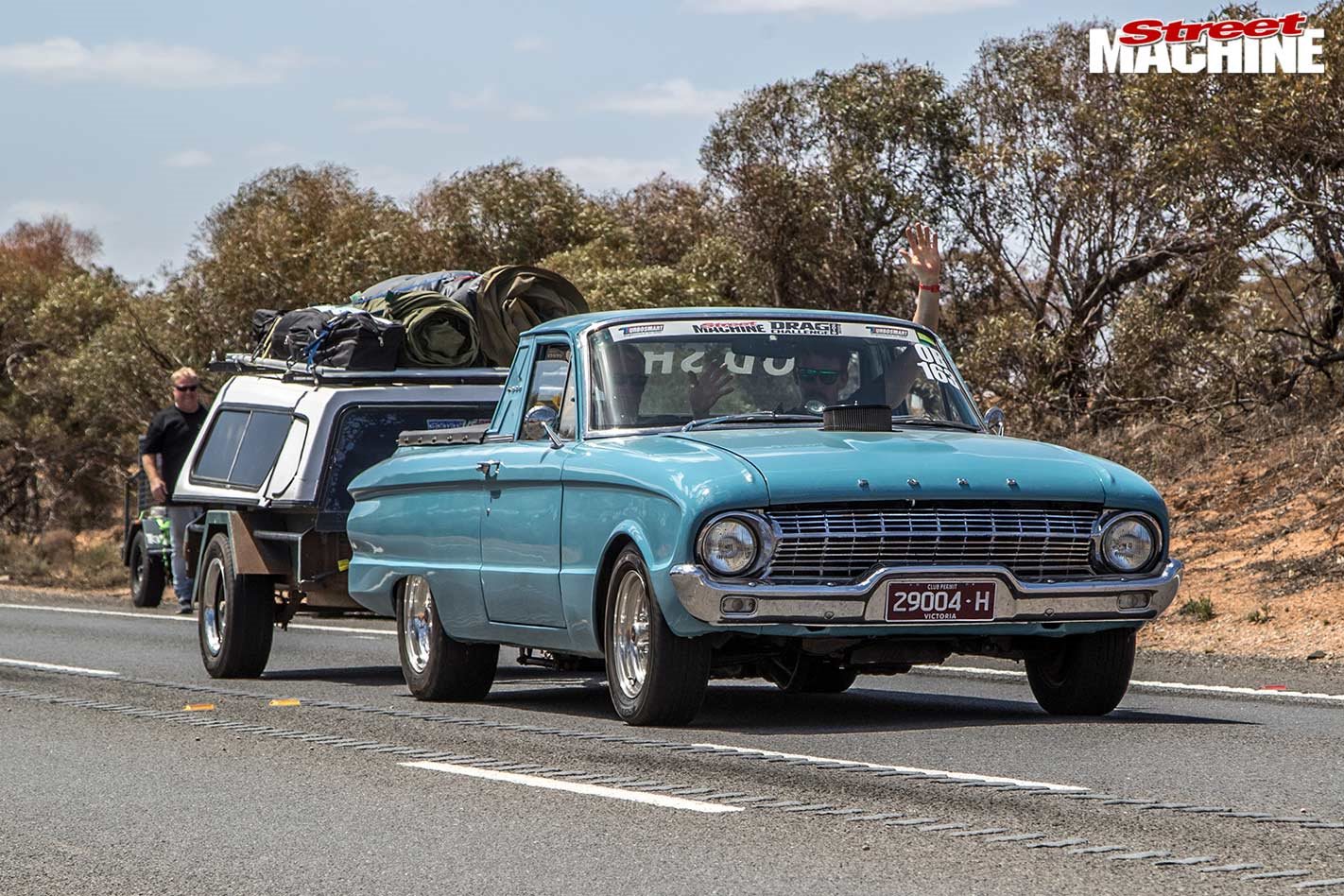 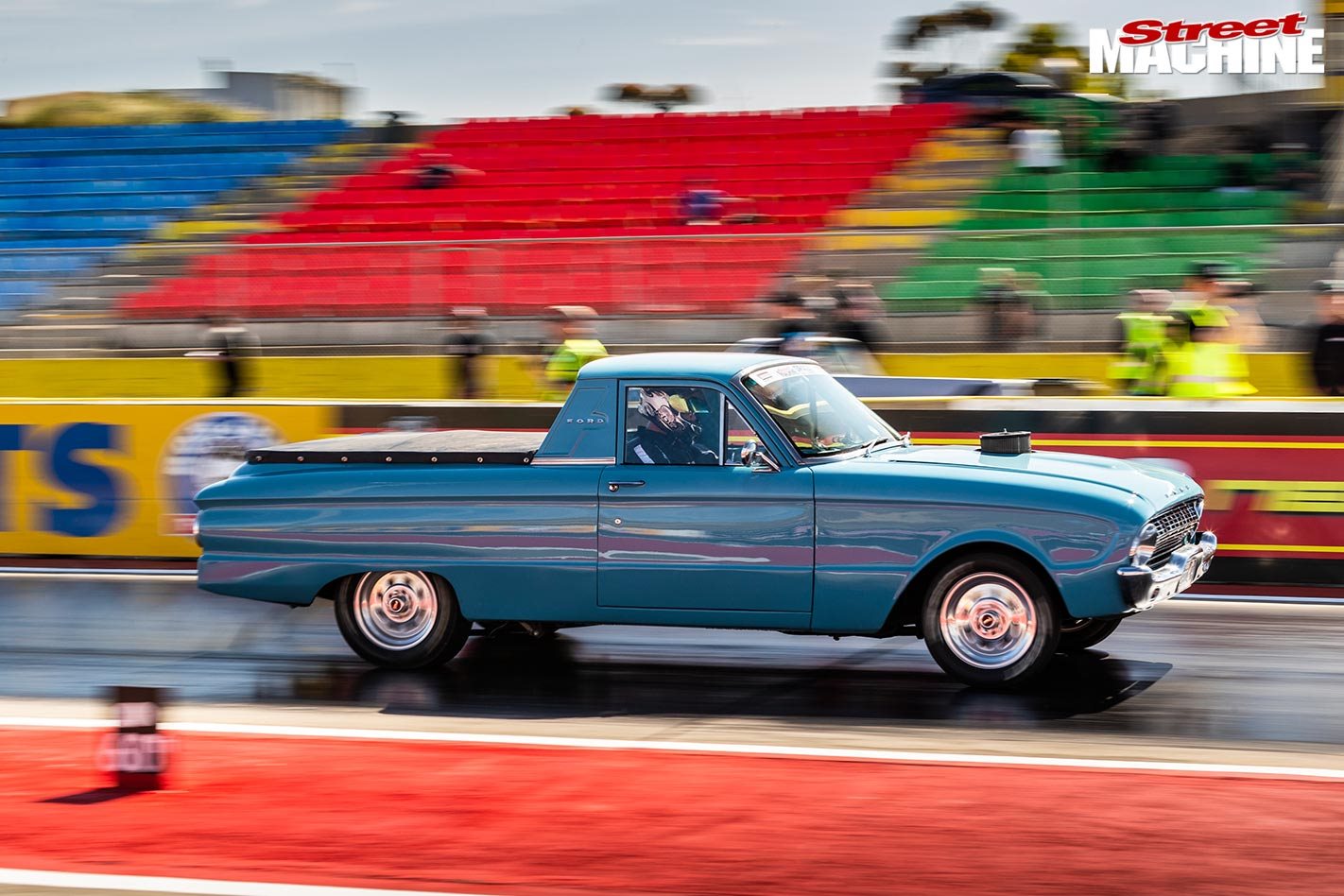 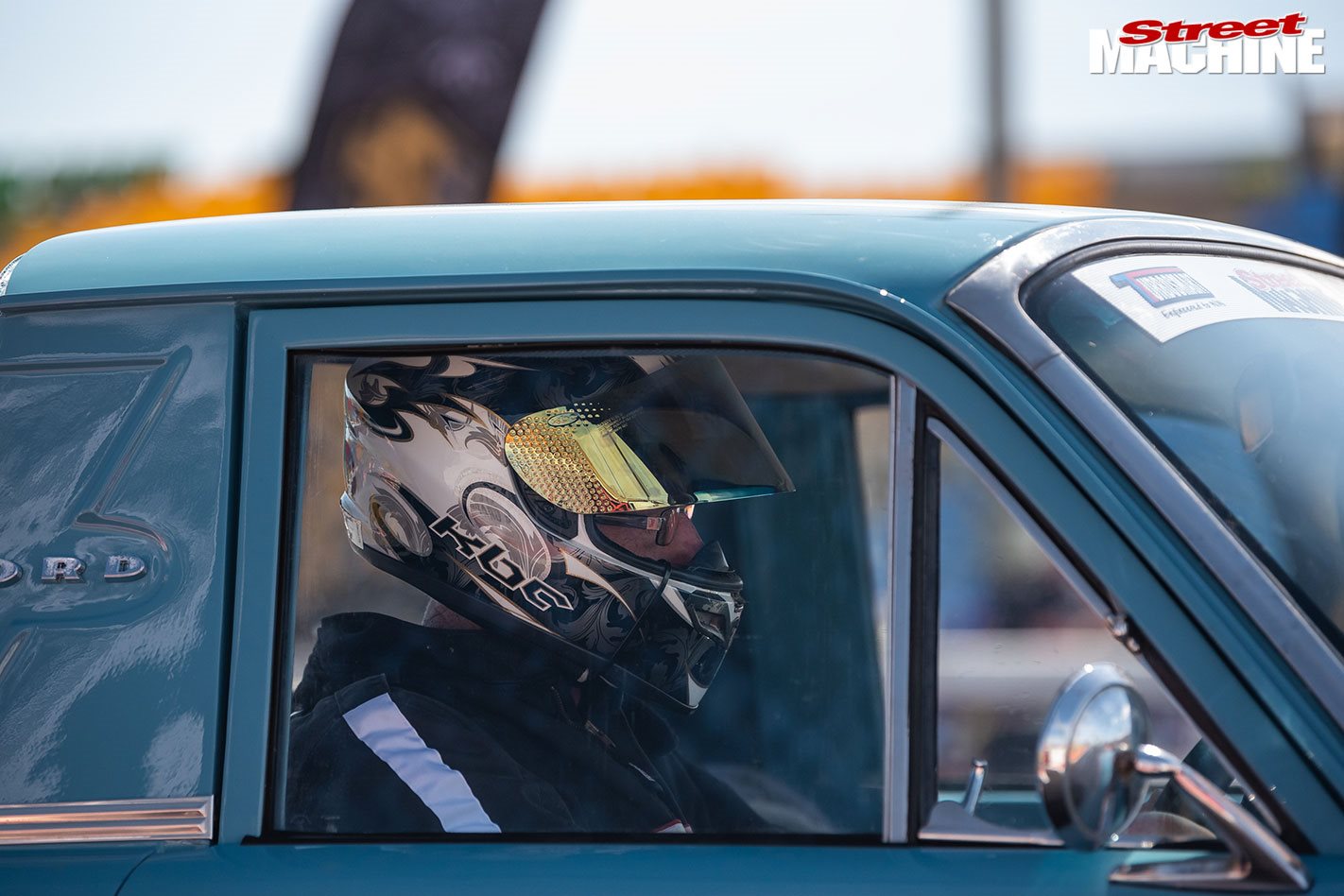 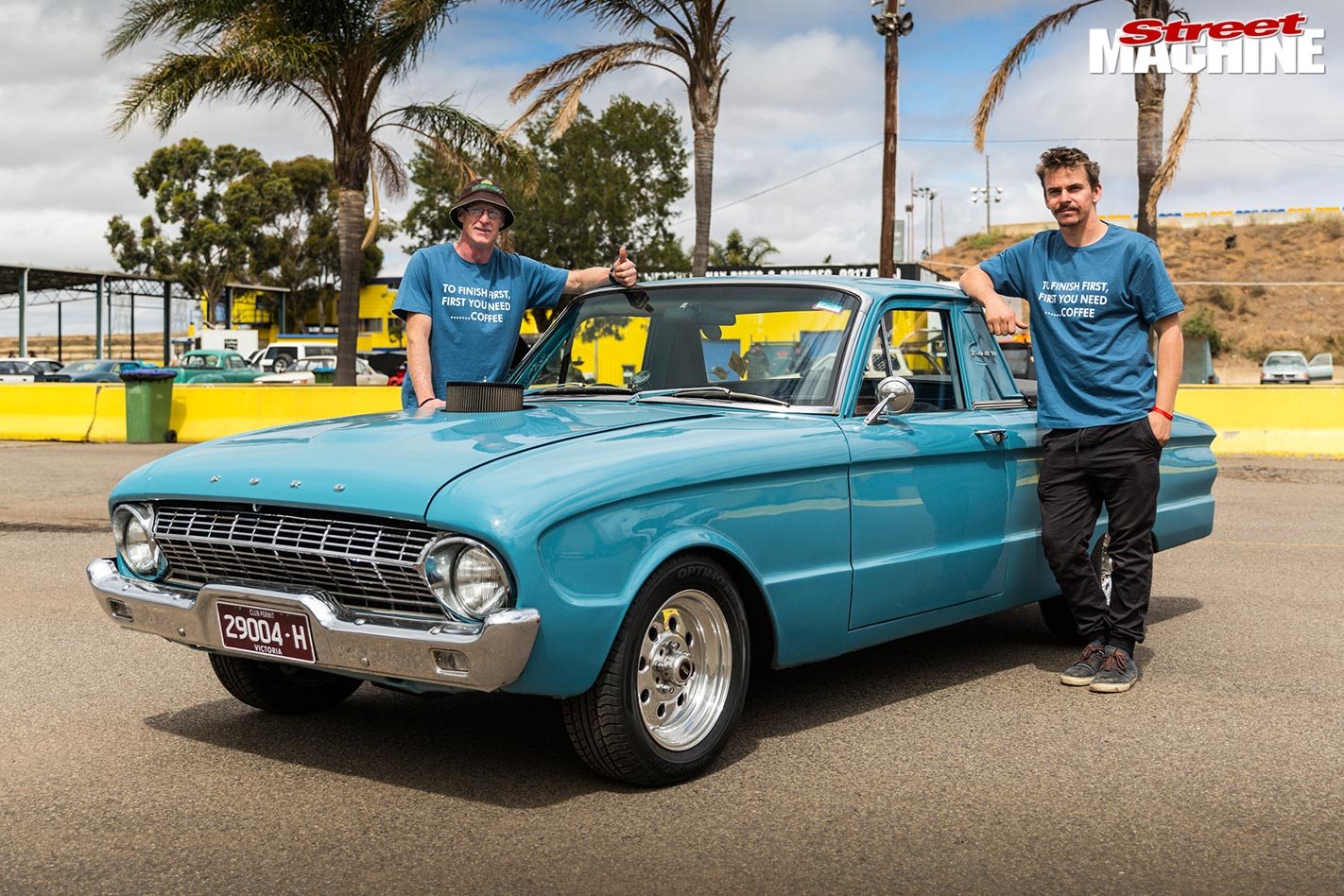