LAST time we caught up with Brenden ‘Bubba’ Medlyn, it was smiles all ’round after the guys from All Race Fabrications thrashed to get a new Torque Power Holden motor into his VH Commodore and it then made a huge 2006rwhp on the hub dyno at QuickBitz. Two weeks out from Drag Challenge 2018, Bubba reckoned it was the most prepared he had ever been for the event, having put the car together the night before in previous years.

That weekend Bubba went testing at Swan Hill Dragway, and ended up really testing the converter and transmission cooler. After one decent 60-foot test hit, Bubba lined up for another pass. But when he let go of the transbrake, the motor flared straight up to the rev limiter, and shortly after leaving the line the whole car turned into a fireball. 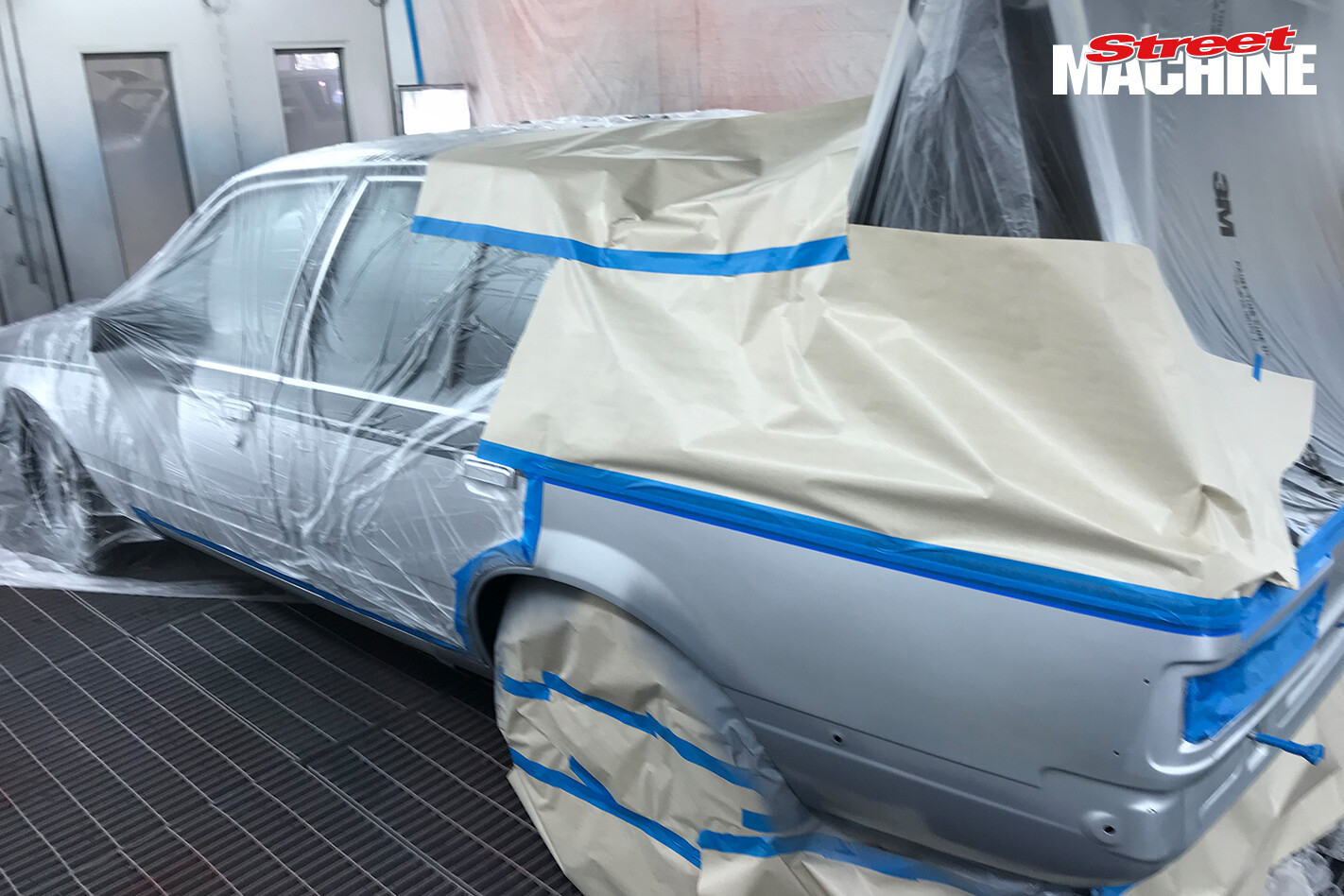 Fortunately Bubba was okay, but the car was a little worse for wear. The converter had dumped oil to help bring the car up on boost quicker, but with so little fluid to cool it down it overheated and fused to the input shaft. While that was happening the trans cooler was filling up with fluid – so much so that it literally exploded from the pressure! The result was highly flammable transmission fluid all over the VH, scorching the front and rear of the car and burning through wiring and the parachutes.

Having the converter fused to the input shaft also did a heap of damage to the Powerglide auto – as you would expect. As you’ll see in the video, just getting the converter off the shaft was a task in itself! Pretty much everything bar the gearbox case itself needed replacing.

But Bubba isn’t one for giving up. He has made it this far, building a whole new engine after last year’s mishap on Day Two of Drag Challenge, so he isn’t going to let this stop him from making it to DC 2018. Fresh paint was laid on by Avondale Motors yesterday, the wiring has been patched up and the gearbox should be back in the car in time to race tomorrow at Calder Park’s test and tune. If all goes well, he'll be one of the front-runners in Turbosmart Outlaw Blown for Drag Challenge 2018, starting Monday 12 November at Calder. Game on!