PREPARATION is key for an event like Drag Challenge, and by his own admission, defending champ Bubba Medlyn just ran out of time to get his head-kicking twin-turbo Holden-powered VH dialled in before the event. With the switch to a new turbo set-up and twin 88s, the car proved its potential with a whopping 1750hp pull on the hub dyno just prior to Drag Challenge. But a lack of track testing put him behind the eightball. 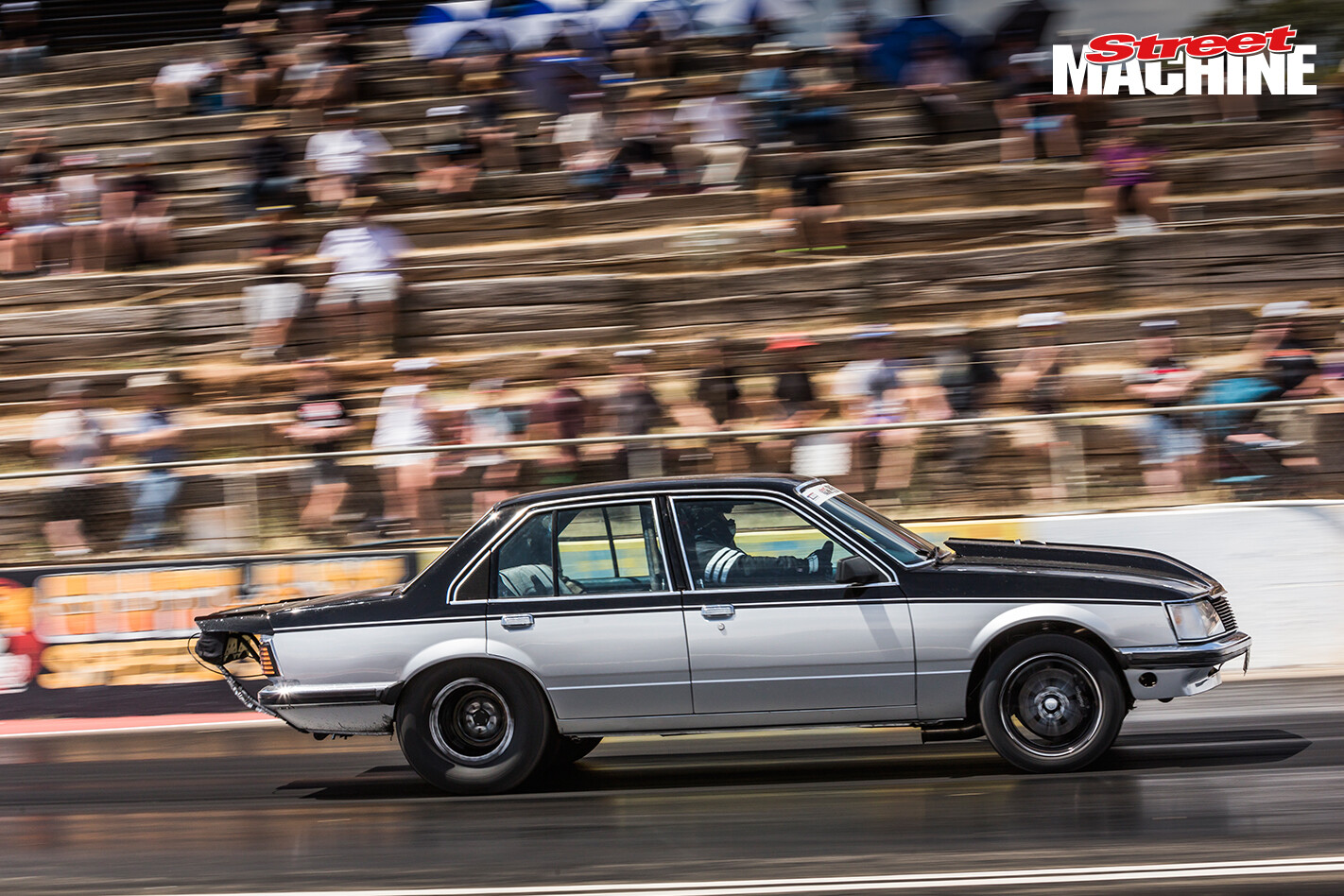 “We can’t get it on boost to start with, and then when it comes on it comes on hard!” said Bubba in the pits at AIR on Day One. “We did 180mph today, which was pretty cool, but we need to sort some issues out. I think we did an 8.8@166mph, so if we can get it to come on boost at the start that will be good. But not running a good number today has put us behind by nearly a second.” Sticking with Holden power is the road less travelled these days, but Bubba has had outstanding results out of the 370ci combo, which is based on the awesome Torque Power aftermarket block. Unfortunately though, a conrod failure at Mildura cruelly cut his event short.

“It broke two rods which took out the block, but the heads and crank are fine,” said Bubba’s offsider, Pazzo. “Those rods had been in the car for four or five years, and the car weighs nearly 3900lb and is making a lot of power. I guess we just found their limit.” We were bummed to lose one of Drag Challenge’s toughest cars and most enigmatic characters so early on in the piece, but we’re sure Bubba and the boys will bounce back with an even badder combo for 2018.