CON and his mates dragged this HJ Statesman out of a backyard in Adelaide and turned it into a big tyre fighter for Turbosmart Outlaw Blown. With parts scrounged together among the group, they’ve put together a car that they hope will run in the 11s and cruise effortlessly on the road. Powering the champagne gold sled is a stock bottom-end 5.7-litre LS1 with mildly worked-over cathedral port heads, a baby cam, eBay sump, with a China copy GT42 turbo and wastegate providing party tunes. Sitting on home-made mounts and controlled by a Holley Terminator, the Adelaide locals had to rewire the entire car a fortnight out from the event. 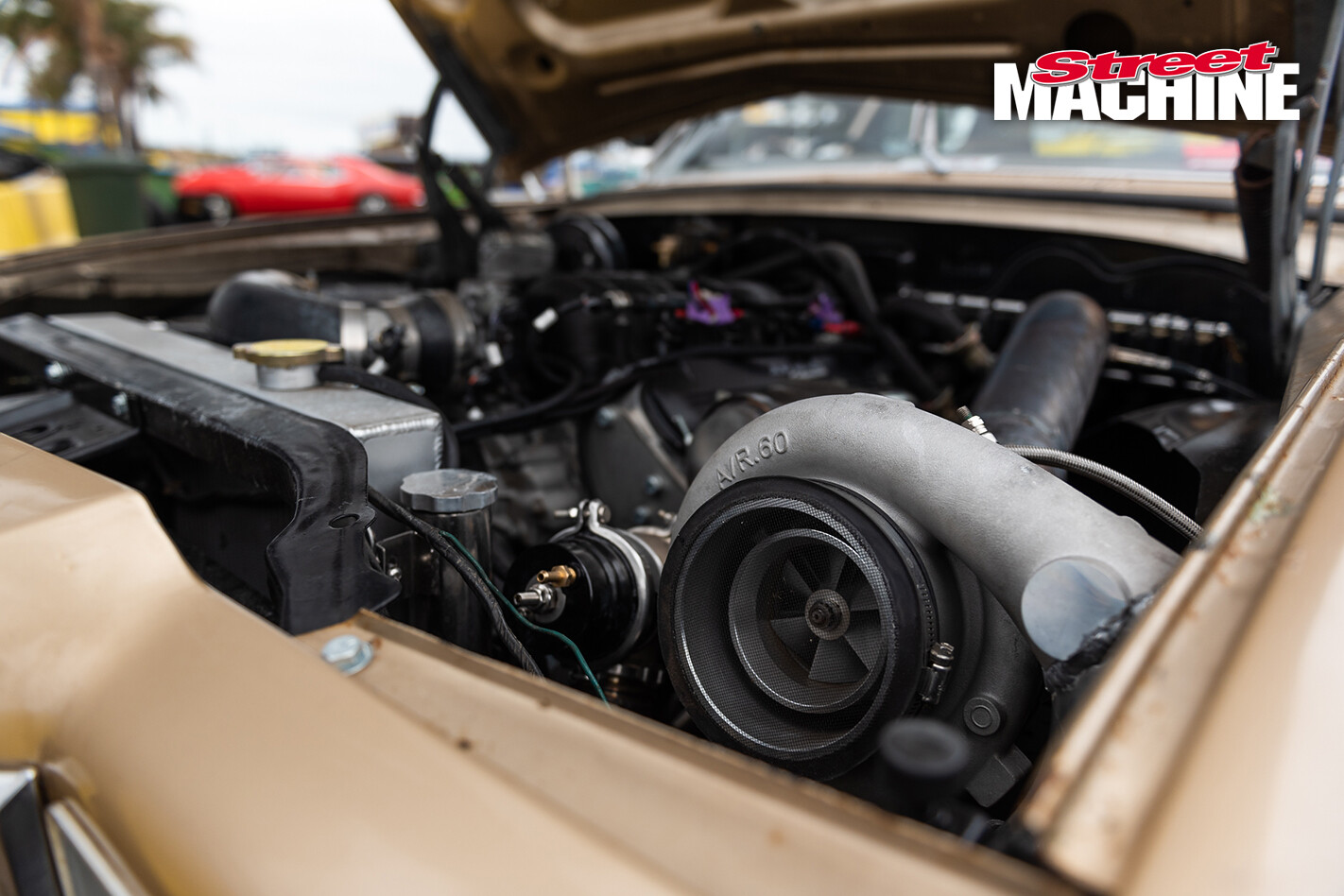 In the race to get the car ready for Drag Challenge’s 1500km of punishment around Victoria, the lads ran out of time to dyno tune it so they adjusted the tune on the drive from Adelaide to Melbourne, running solely on 98RON pump unleaded. “We also had a big engine bay fire when some transmission cooler lines popped off on the first drive,” says Con, pointing to the extinguisher dust of the surprisingly straight HJ. “We started off building it every Thursday for about six months, but that was mostly us getting together and drinking beer. About 12 months ago we got serious, and then it has been full-on for the last month. “The car had been taken off the road in 1995 and pulled apart for a resto but it never went anywhere. We had to find so many parts to put it all back together, plus we were fighting things like the eBay headers, which didn’t fit.”
After tipping an estimated $10,000 into the build Con hopes the long wheelbase, heavyweight brute will make it to the end of the week unscathed so they can cruise back to Adelaide in stately comfort. “There’s plenty of room in there for all of us and it drives really, really well so we’re hoping the road legs will be the easy part,” offers Con. 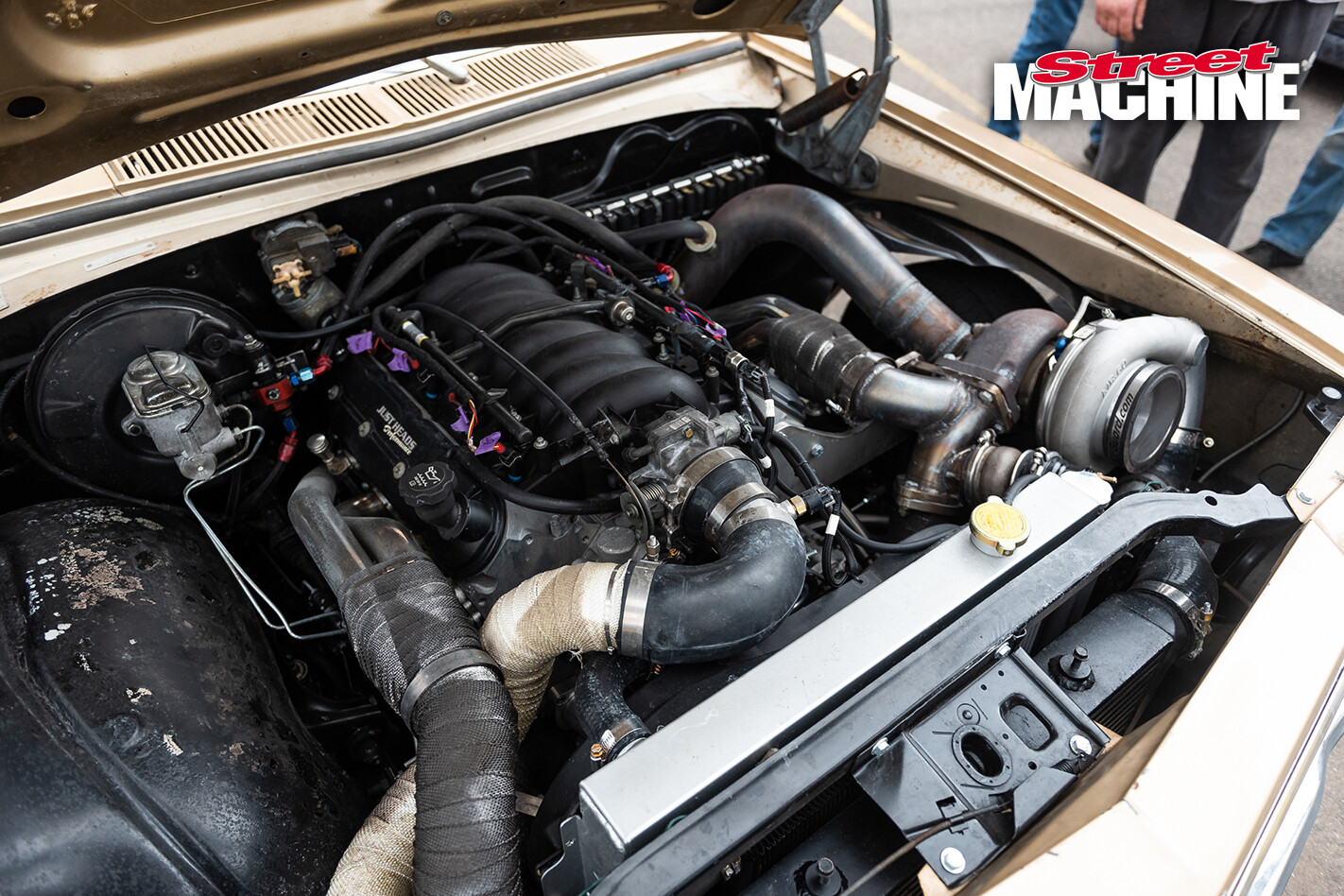