ANTHONY Burns first came on our radar a few years ago via our Facebook page. Anthony was swapping an LS1 into an XD Falcon wagon, prompting howls of outrage from true-blue Ford fans. But while most of the keyboard warriors were busy achieving sweet FA, Anthony got the wagon up and running and successfully ran it in Street Machine Drag Challenge last year. 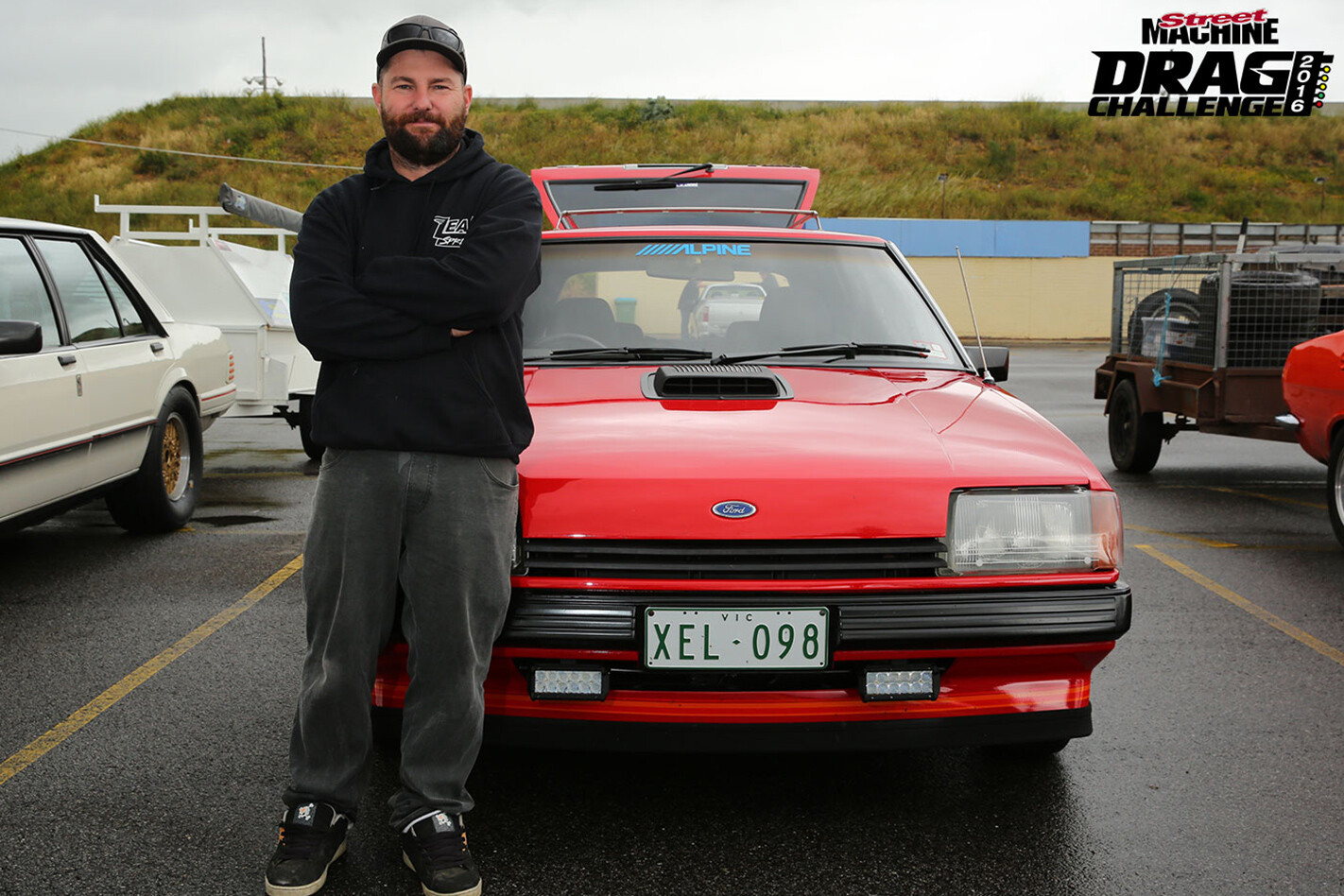 For this year’s event, he gave the car a birthday, with a more powerful donk and an XE-style makeover.

In short, Anthony has replaced the long-suffering LS1 with a 6.0-litre L98 out of an ex-taix WM Holden Caprice.  “We put bearings in it – no rings!” says Anthony of the high mileage mill. “The motor was $1000, being sold by a Holden tech who’d brought it home as junk from the dealership he worked at; the Caprice had its motor replaced with a crate motor. This one was covered in grease and crap and had something like 350,000 kays on it. We put bearings in it that cost about $150!” The Caprice had been run on LPG so the heads were stuffed. “We bought another set of heads from a flood-damaged car that had been sunk in Sydney,” laughs Anthony. “They were corroded but we gave them a clean-up!”

Anthony fitted a FAST alloy intake manifold and 102mm throttle body for two reasons: it feeds more cyclone than the standard plastic manifold and Anthony needed a cable operated throttle as the later Holdens are drive-by-wire so not as easy to transplant. “The manifold cost more than the engine!” says Anthony. Under it is a torquey ‘street racer’ cam and tune from Melbourne’s GM Motorsport.

Behind the 400rwhp L98 is a tweaked 4L60E four-speed auto and it’s backed-up by a Borg Warner axle stolen from a later EA Falcon wagon – the leaf springs and brakes almost perfectly match with the decade-older XD wagon. Even with 4.1 gears, the bright red wagon cruises at a not-too-revvy 2400rpm at 100km/h. Straight off the street, the wagon ran an 11.8 but with better prep and tyres for Drag Challenge, Anthony got it down to a new PB off 11.4-seconds on the last day at Calder Park Raceway.

The car pulled off the 1500+km trip with little trouble, the only hitch being a dud fuel pump.​ "I'm now debating what direction to go in with the wagon," says Anthony. "I'm only a set of decent heads away from running a 10-second pass. A turbo would be fun, but that would mean a new driveline. And I'd need to fit a roll cage, which would detract from the family-friendly aspect of the car." “I’d like to thank Deano and Shannan Burns for the laughs and crewing on the car for a week – and thanks to Luke for keeping the yard going while we were away. Thanks also to Q, Rob Thorpe and Daniel Barbary for the advice and shit-stirring that made this week up there with the best of my life. Finally, thanks to my beautiful wife Lorella burns for putting up with the long hours in the shed and for looking after the crew while we were at tracks close to home. I really couldn’t do any of this stuff without her behind me all the way.”