AUSSIES love their Barras and are quickly learning how quick the quad-cam Coyote V8 can be, but some people just aren’t satisfied with production motors. Case in point is Tony Muscara, who stuffed one of Ford’s most potent crate motors between the shock towers of an XE Falcon that’s been in the Muscara family since 1985. 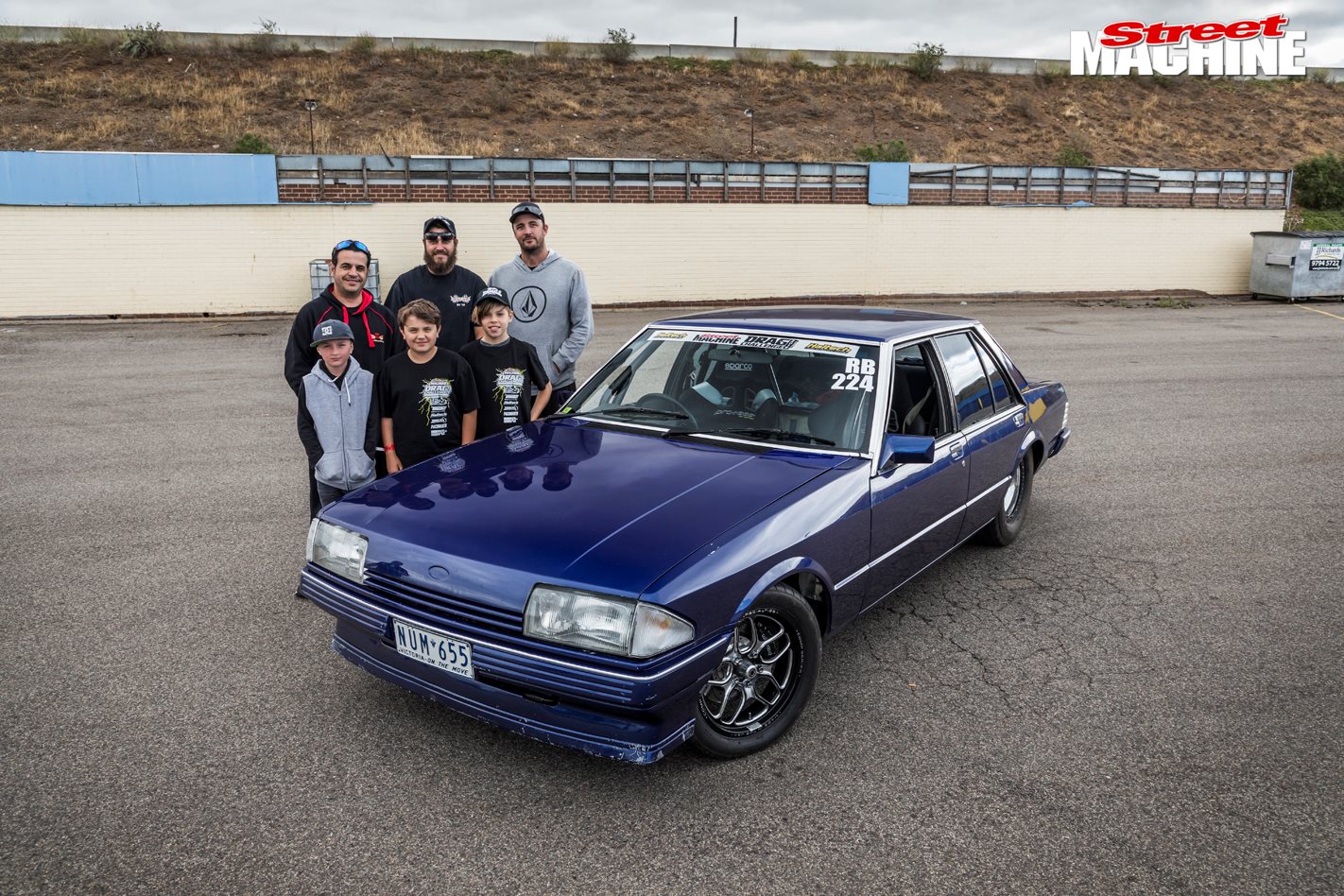 “I have a Roush-supercharged 2016 Mustang and I’m really happy with how that goes, so I decided to fit a late-model engine to the XE,” he says. “This was Dad’s farm car and I got it at 18 years of age, way back in about 1992. It was going to get a 393 stroker on gas, but once I looked at how much work was needed I decided to look at late-model Ford V8s.”

Built by Ford Racing for its factory drag-racing program, the Cobra Jet harks back to the high-performance days of 1968, when Torinos and Mustangs were the order of the day. The new-age CJ motor is a variant of the Coyote family, packing lower compression, forged internals, upgraded cams, and a big ol’ 2.9-litre Whipple twin-screw air-density pump on top. 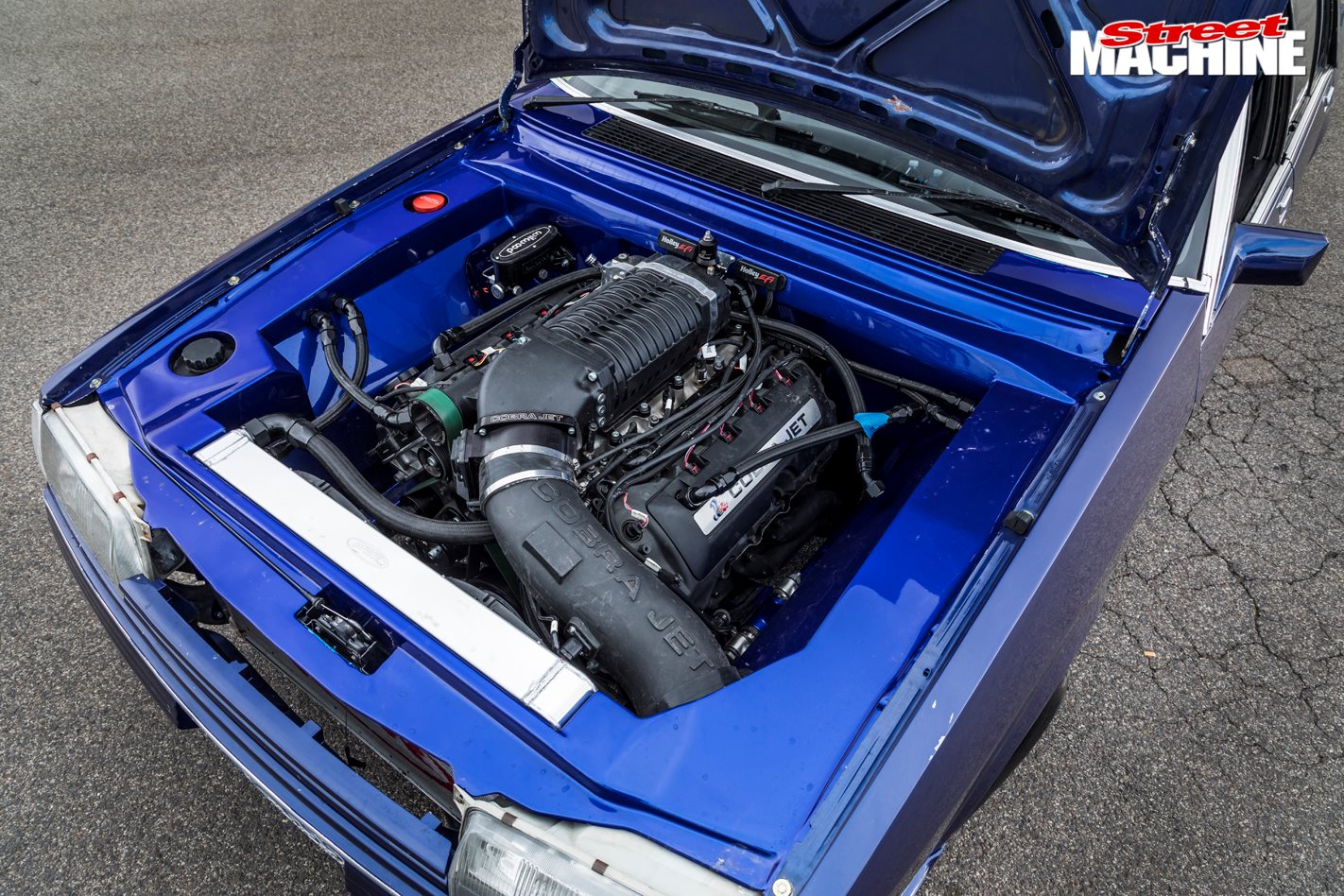 Tony sourced a 2016-spec motor from Herrod Performance and Watson Racing, which means it spans 5.0-litres capacity and has been upgraded to suit E85, allowing for up to 22psi-worth of charge-air fun. Tony is aiming to see 1200rwhp once the combo’s had more shakedown time.

Having cracked a 9.70 at 139mph on day five of the Street Machine Drag Challenge at Calder Park, Tony belted out an awesome 8.91 at 151mph a few weeks later at Willowbank, Queensland. 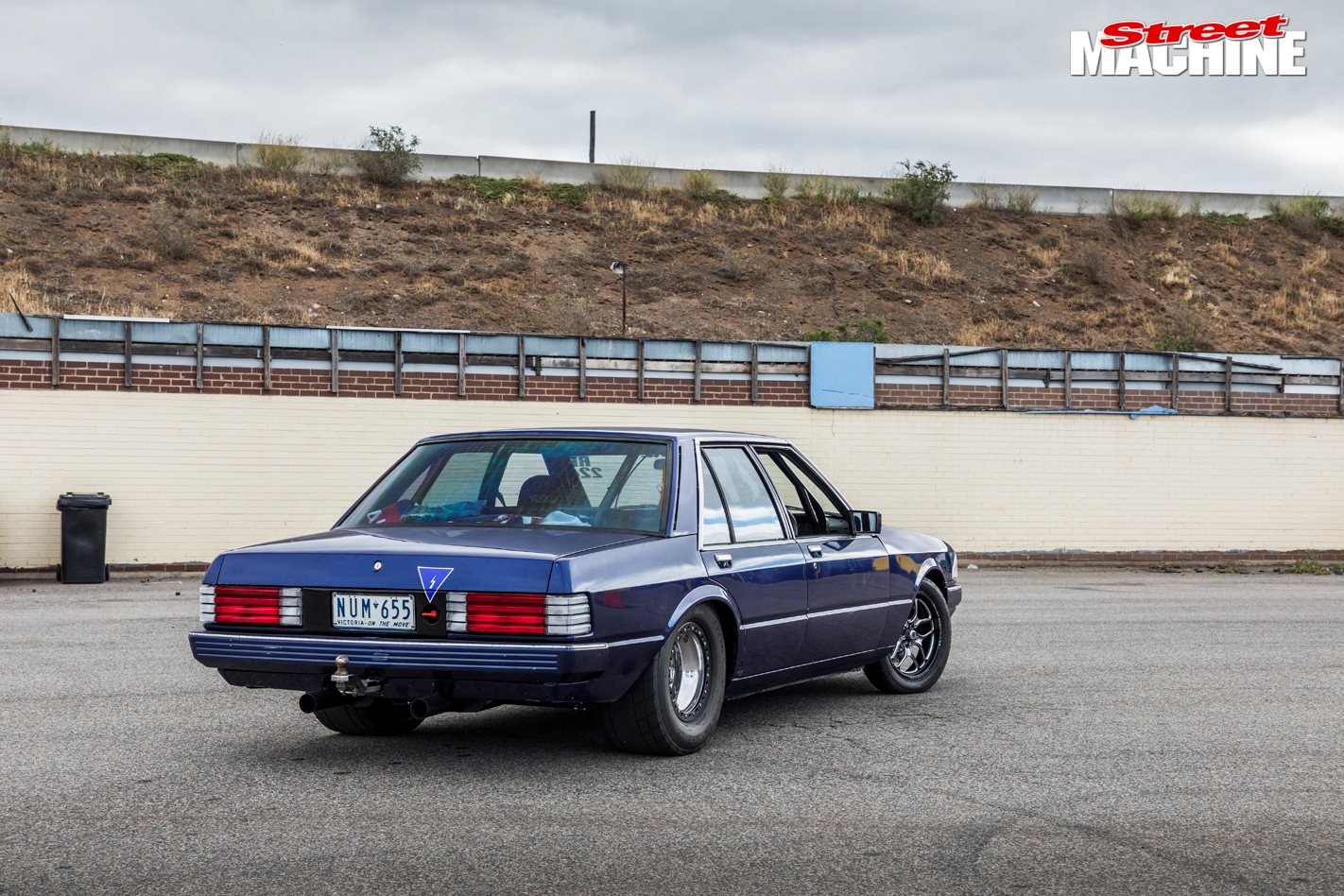 “After Drag Challenge I took the car up to Terry Seng at Paramount Performance, who worked on the tune and changed the suspension a bit,” says Tony. “We changed the diff to a 4.33 and fitted a much looser 6500rpm TCE convertor, and it’s just like a different car now. It was doing 1.250 60ft times, so it potentially has an 8.80 in it, but some farm dust fell out of the sill and it turned the tyres on the last pass.”

Tony’s not daunted, though – he’s got a solid game plan in mind. 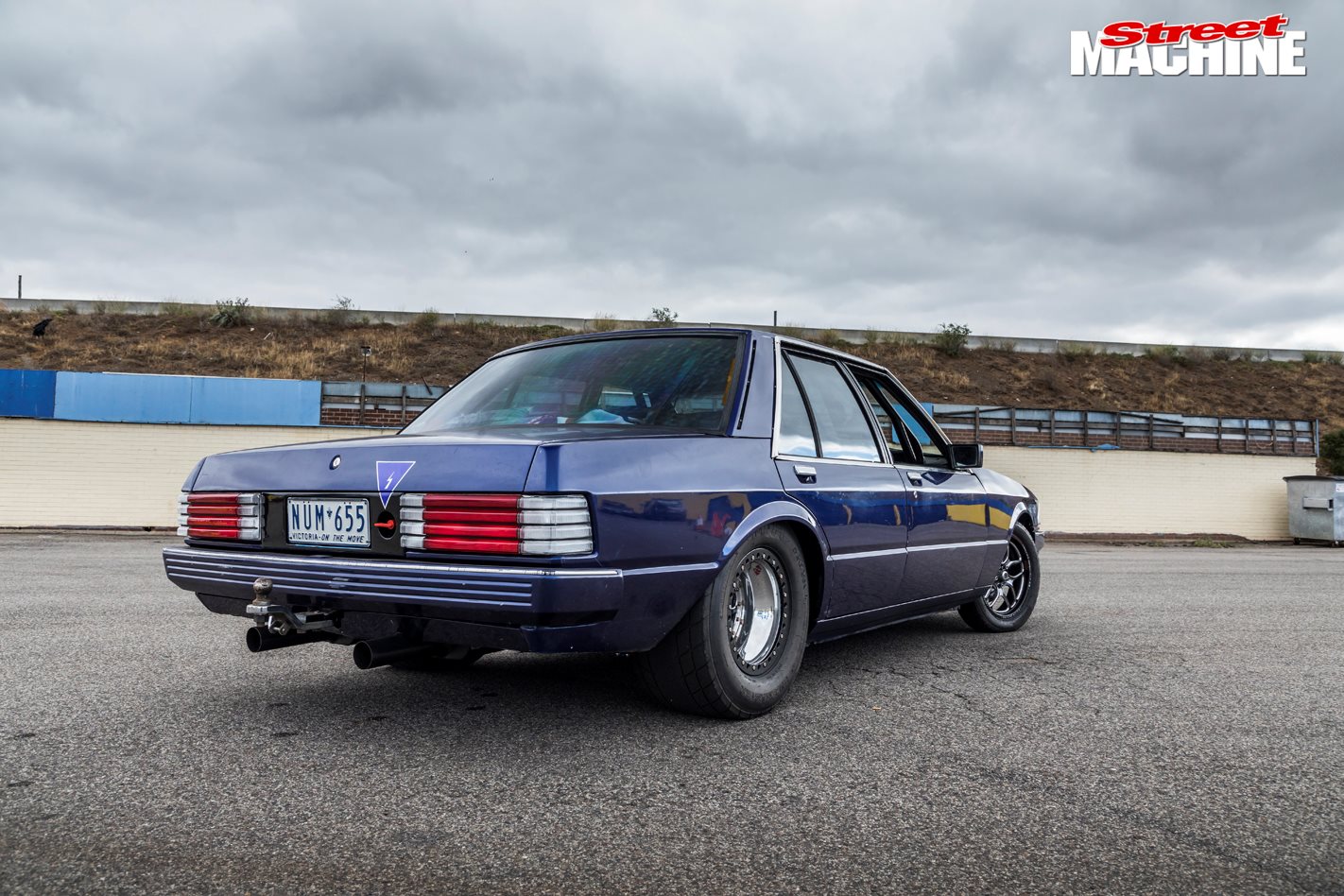 Nathan Lloyd from Fabrication Techniques mini-tubbed the rear-end to allow beefy 275 radials to fit, and also fitted a RodTech front-end to get the wide CJ sitting pretty. MDT built up a stout two-speed ’Glide, working with a 2000hp-rated TCE 3800rpm convertor with a sheet-metal nine-inch out back filled with full-floating axles and 3.9 gears 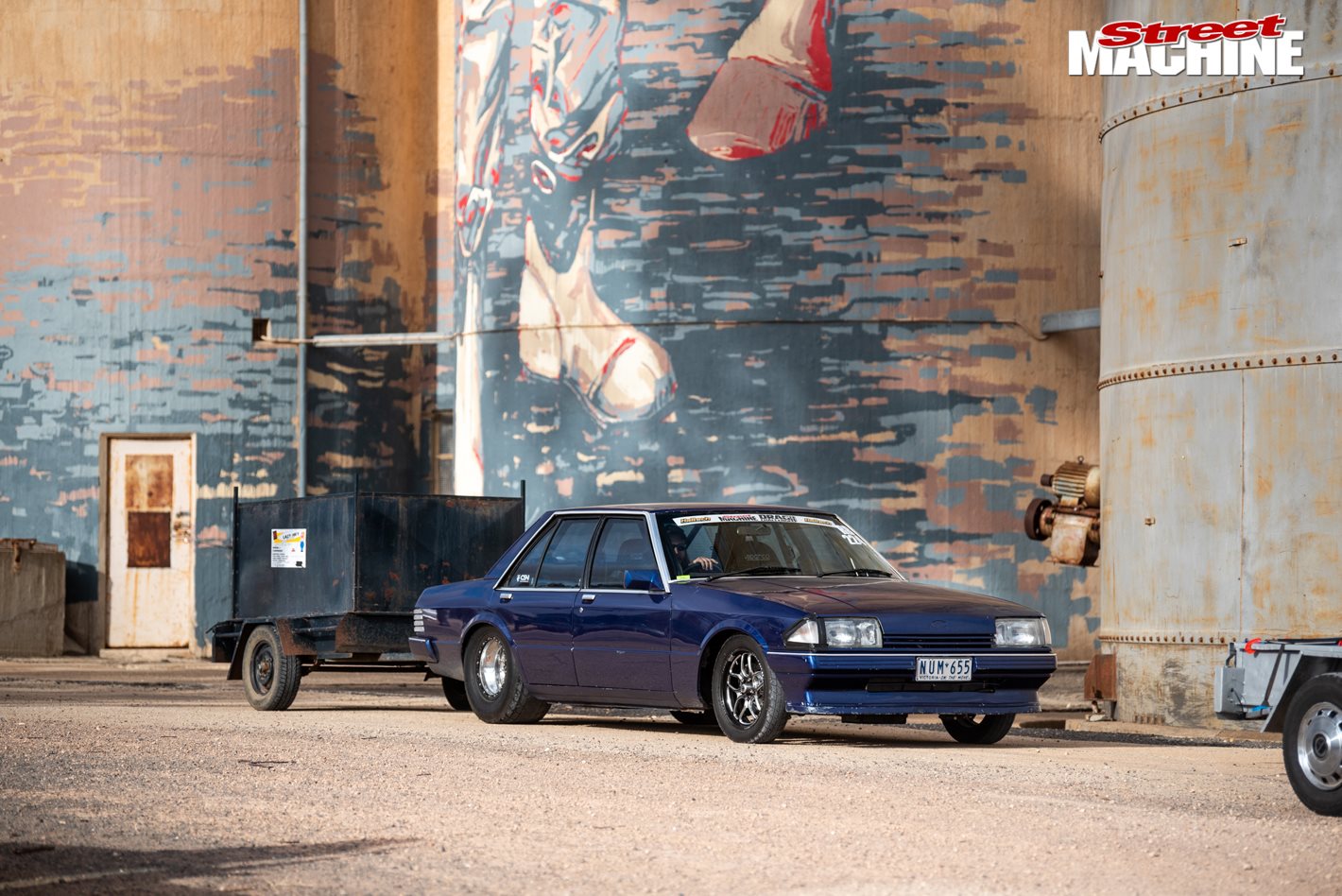 While the car has been in Tony’s care for years it had spent a decade off the road in the naughty corner, so plenty of work was required to recommission it to run in the Haltech Radial Blown class at Drag Challenge 2019. With his mates working around the clock they got the car finished in just three weeks, though this left no time to shake it down 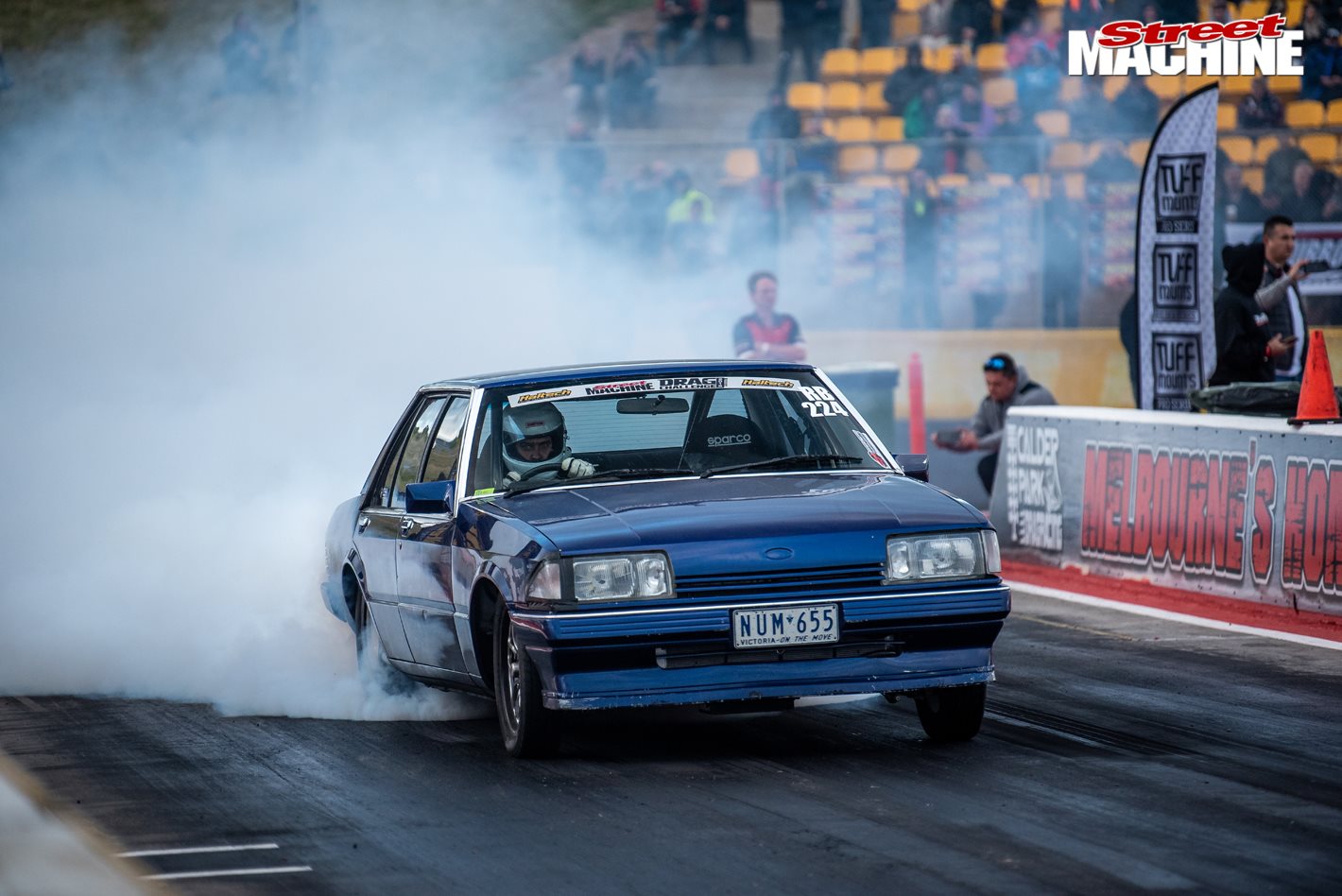 Tony and his crew battled all week to sort niggles with the fresh combo, overcoming issues with boost valves sticking open and random electrical misses. Tony refined the Holley Dominator ECU’s set-up over the week with the help of Terry Seng on remote