WE LOVE it when people come along and follow Street Machine Drag Challenge events from track to track as spectators, and even more so if you’re doing it in a cool car! When Mark Sauer rolled through the gates at Willowbank Raceway on Day One of Drag Challenge Weekend, we wondered if he would race his awesome HJ Holden campervan. The answer was unfortunately a firm no, but we were happy to have him come along and spectate for the weekend instead. 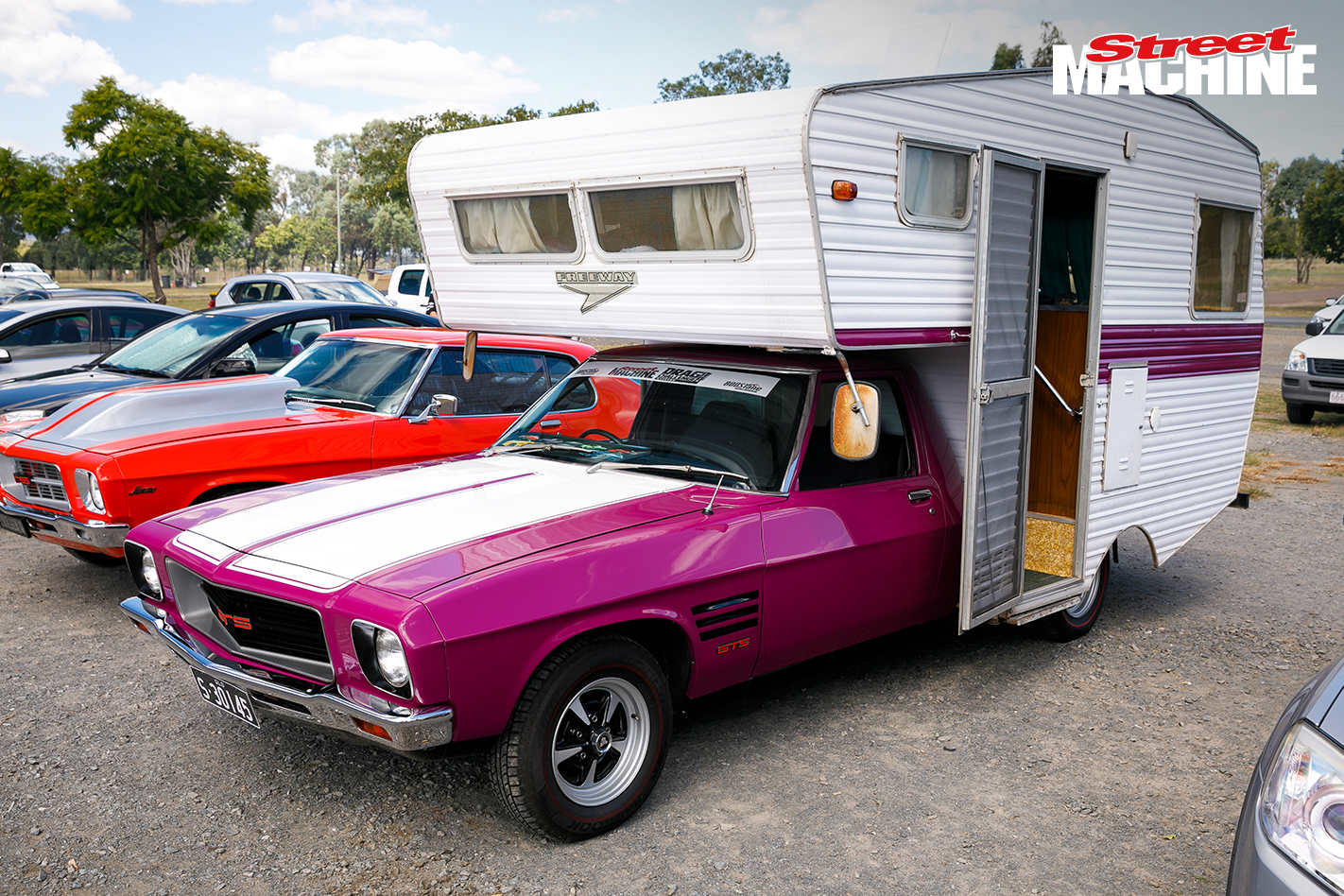 It’s a little known fact that Holden actually offered One Tonners as campervans as an option from the factory back in the day. It came with basic appliances like a fridge, stove, oven and a bed big enough for two – everything you need for a nice weekend away! 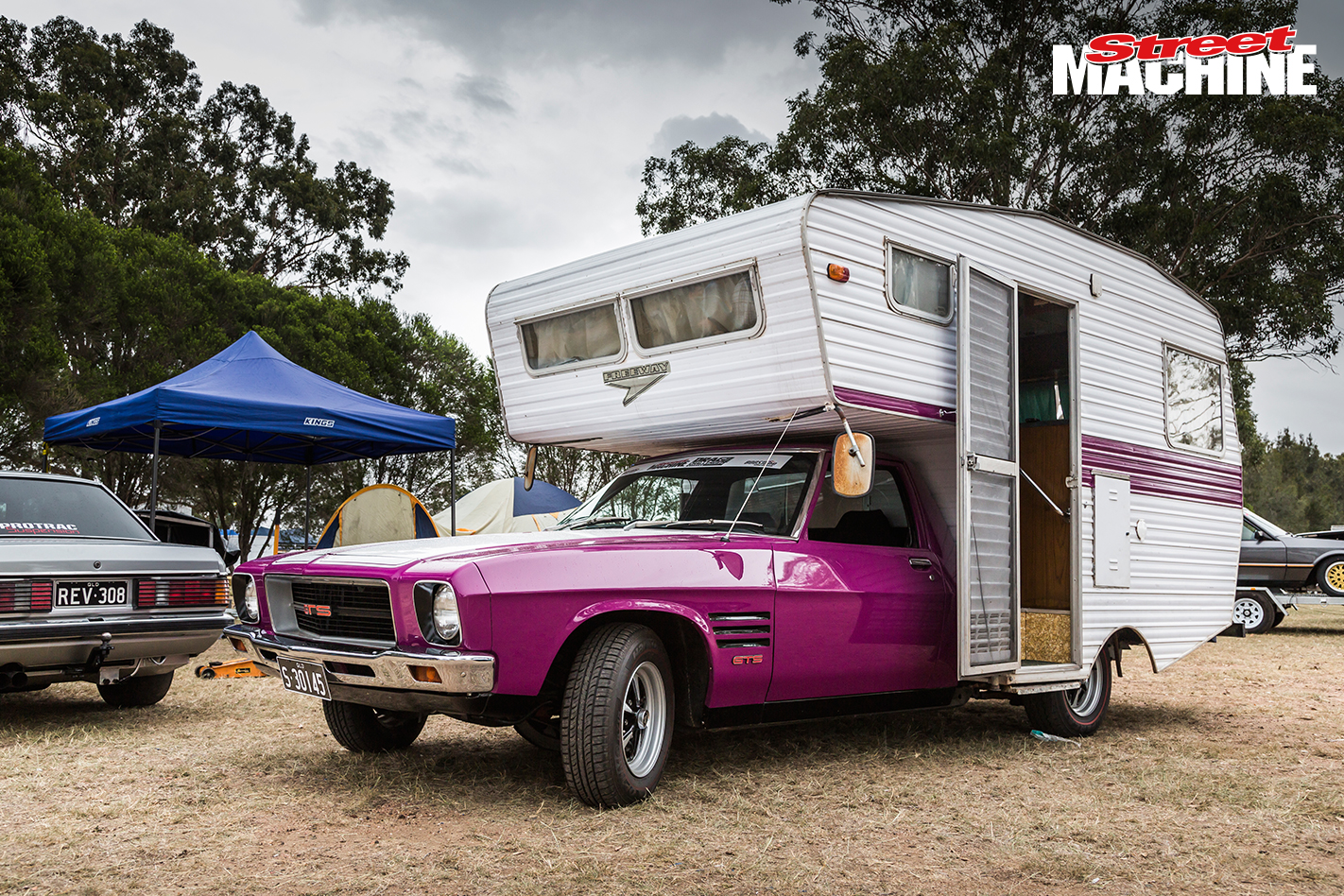 Mark has converted his car to look like an HQ GTS with a new nosecone and fresh paint. The old six-cylinder donk had had a hard life carting around a house on its back and performance was pretty lacklustre according to Mark, so he tossed that in the bin in favour of a Holden 308 donk. Now she cruises happily at 110km/h – even with a headwind.

You still can’t do much about the aerodynamics though, and Mark reckons the old girl can feel a little wayward out on the open road, especially if a big truck comes flying by. Still, Mark had a fat time cruising around Queensland with the Drag Challenge crew and saw plenty of good-quality racing along the way.