NOW in its third year, Street Machine Drag Challenge is booming! We’ve been taking expressions of interest during the year, but now entries are officially open. In only a few days we’ve already had 70 paid-up entries! Not bad, considering we had 18 entries for our first run in 2014 and 50 for 2015. There are some big names amongst the newcomers too, including George Haddad, Jamie Farmer and Jake Edwards. We have a cap of 100 entries, but it looks like this may blow out a little. We’d love to have as many competitors as Hot Rod Drag Week – they got 400 entries in 11 minutes – but we need to make sure we can give every entrant a good shot at running their best number at every track. 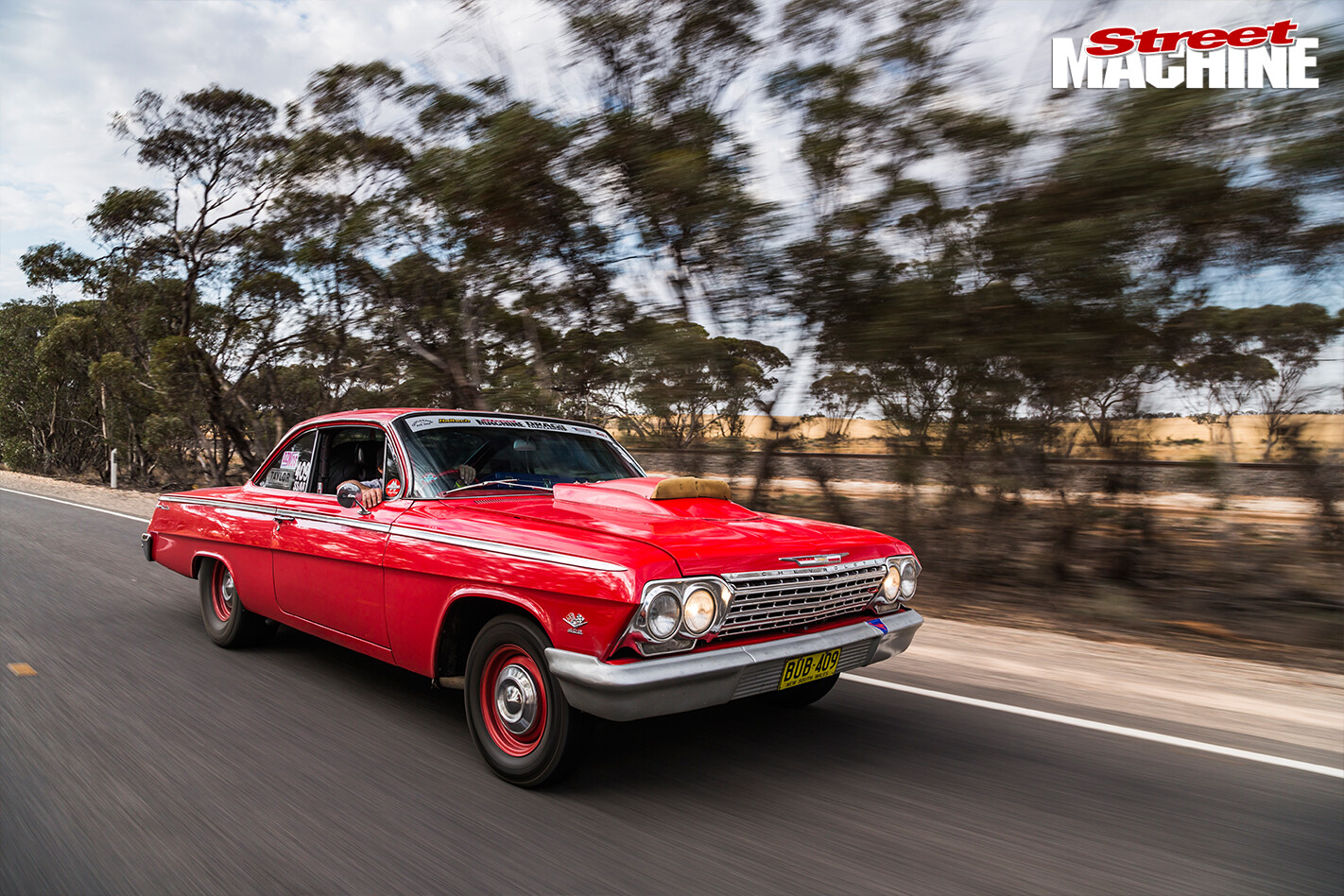 And speaking of tracks, we are back in Victoria again this year, at Calder, Portland, Mildura, Heathcote and back to Calder. We were hoping to include the magnificent new Swan Hill venue, but they aren’t quite up and running. The rules remain the same – entrants have to race at five tracks, make their way between each track under their own steam and hand in their best timeslip from each. Break down on the highway and need to call a tow truck? You’re out! It is the ultimate test for Aussie street cars, to see who can find that elusive balance between outright speed and streetable reliability. Classes are simple, with Radial Aspirated and Blown for those running 275-or-smaller radial tyres, and Outlaw Aspirated and Blown for those running anything else, including slicks. Aside from that, entrants can run what they brung and hope they brung enough! As well as the heads-up classes, there is a DYO class for those that just want to have a whole bunch of fun, while putting their street car to the ultimate test.

If you are serious about entering a car, drop us a line at streetmachine@bauer-media.com.au pronto and if you are approved, we’ll send you the link to enter. DYO is already full, though there may be wriggle room if your car is particularly interesting. The event runs from October 23-28.