YOU could argue that the aspirated cars at the pointy end of the Drag Challenge field have it the hardest. With a tough aspo combo comes big stress on the valvetrain and top end with aggressive cams making all the power. And with sky-high stall converters and short diff gears, it’s not uncommon for cars to be running around 4000rpm at highway speeds and it’s absolutely brutal on the engines and gearboxes. 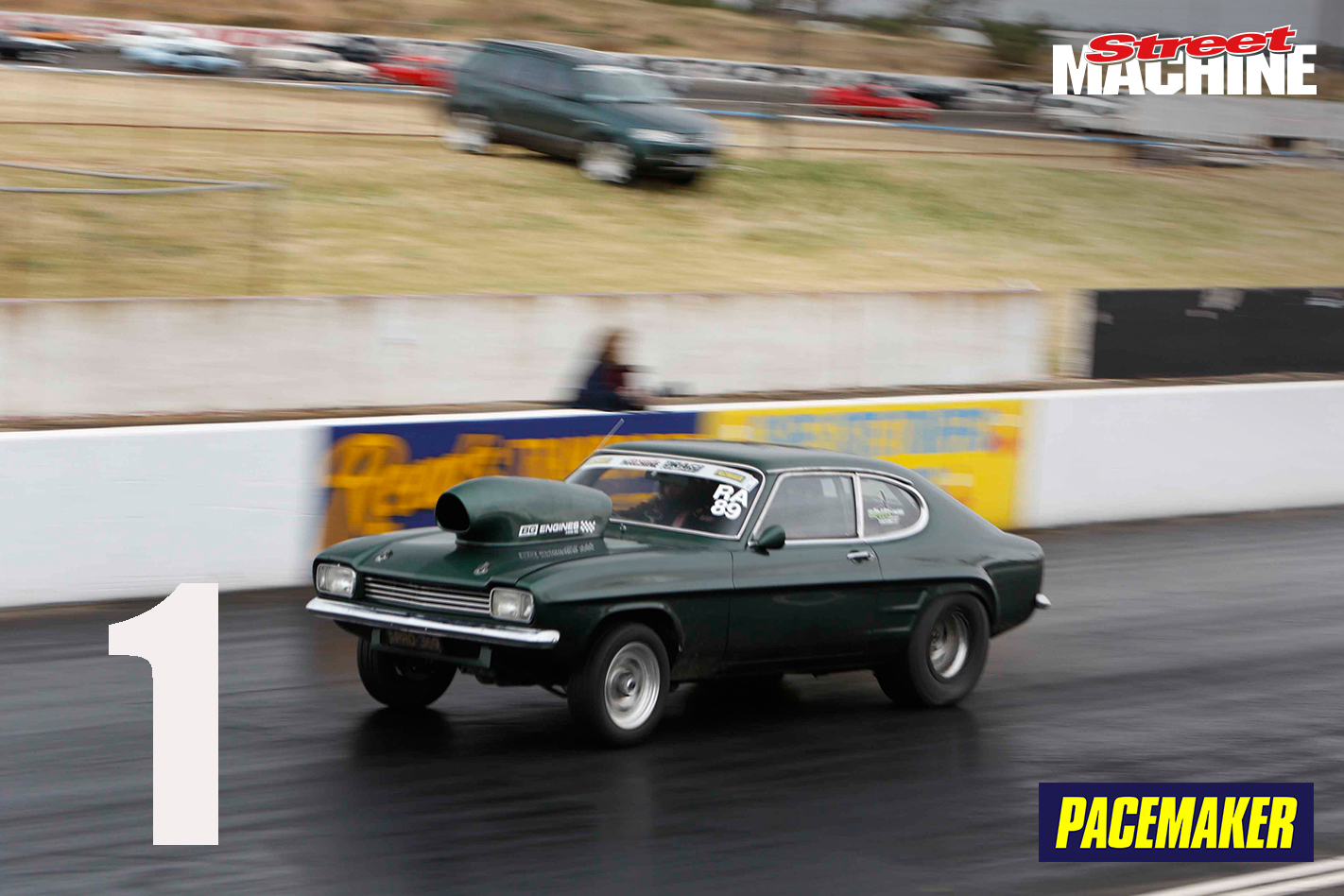 When turbo cars are off boost cruising, they’re far less likely to suffer valve train problems and are all-up a nicer street engine – sure they suffer their own issues, but surviving Drag Challenge with a really serious aspo combo is a mean feat. 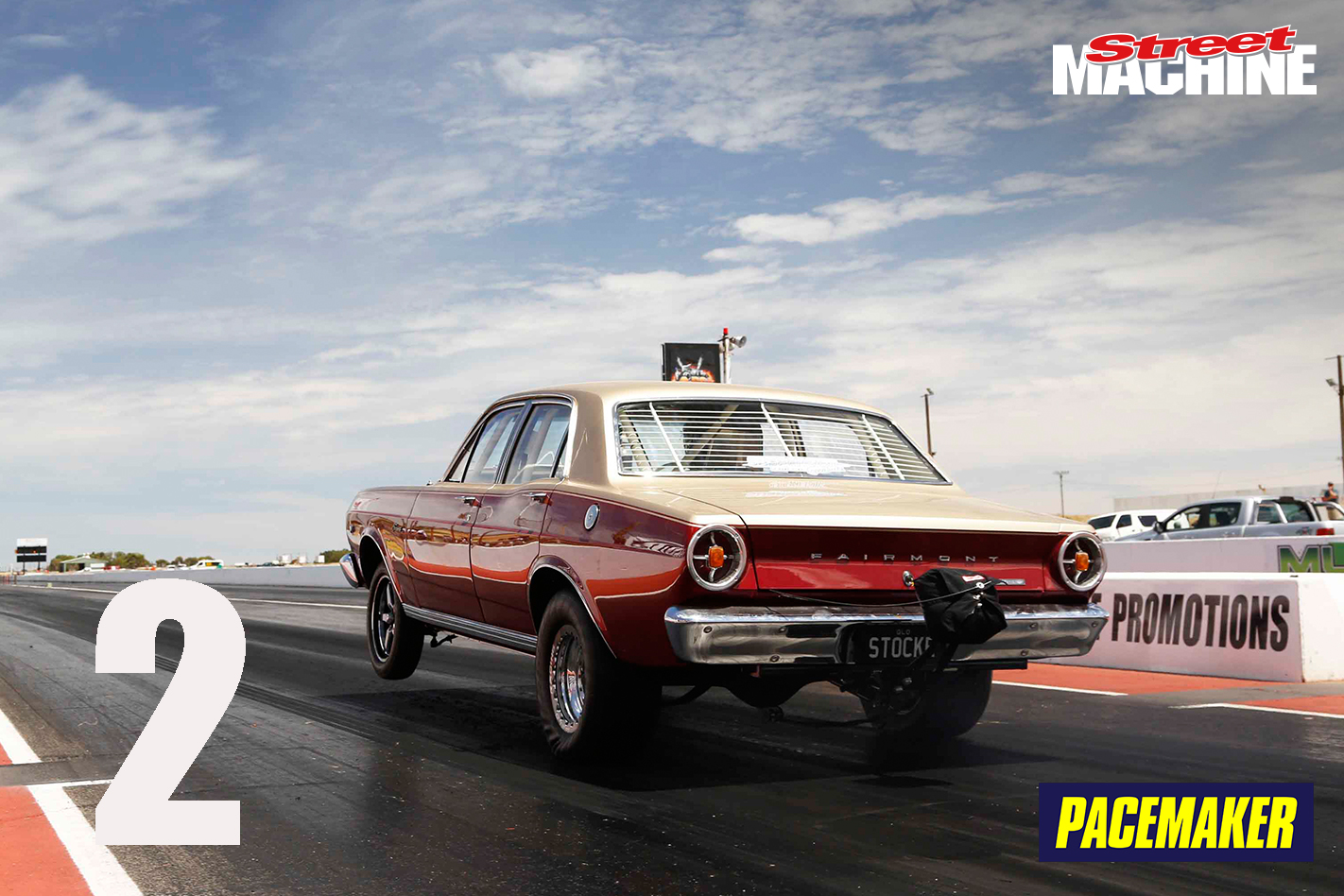 In the Pacemaker Radial Aspirated class we had a lot of really tough cars, including Drag Challenge regulars Alon Vella and Nathan Ghosen with their Capris, newcomer Pat O’Shea with his mental XR Falcon and Mick Darke in a really tough LX Torana hatch. 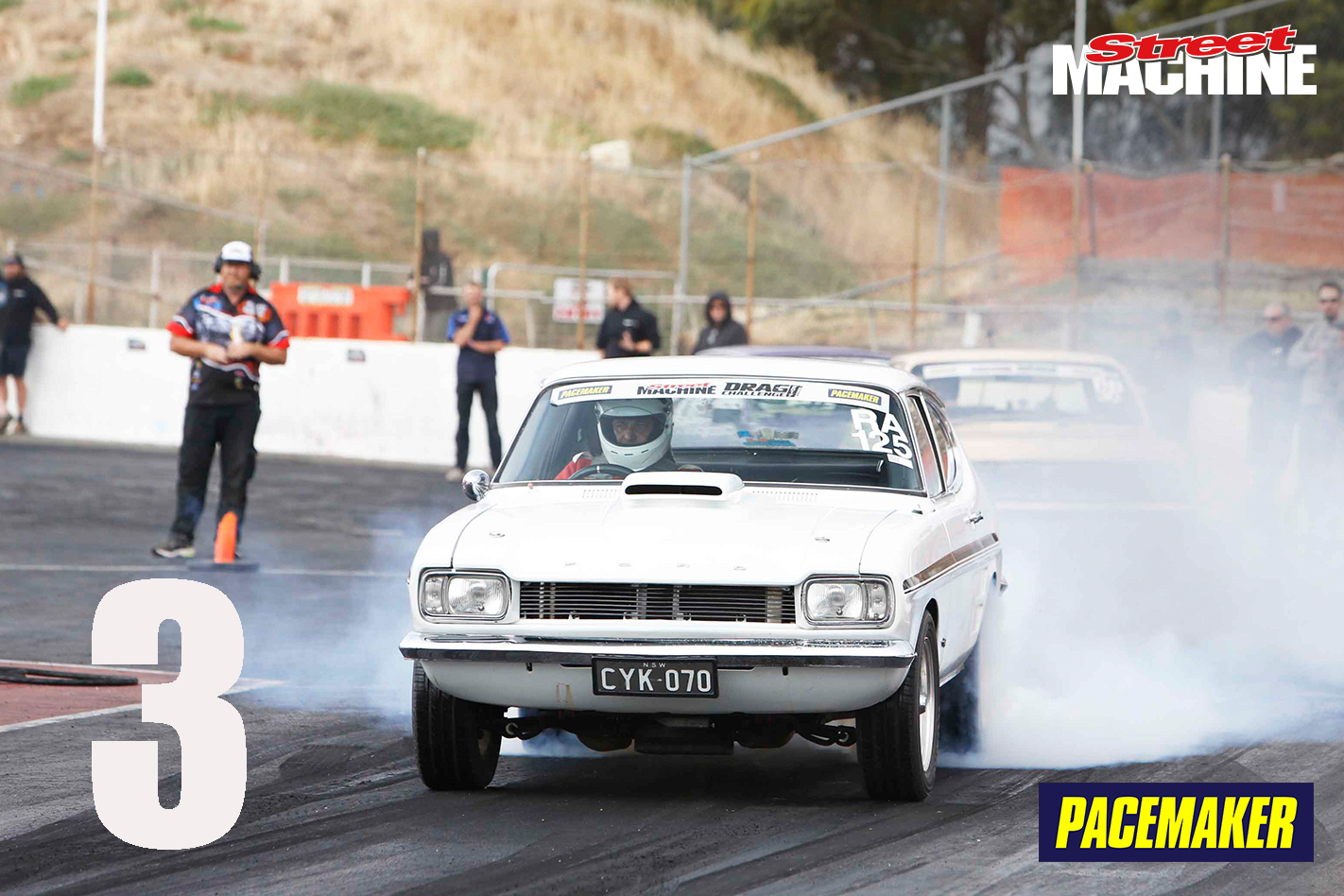 Alon battled through convertor issues early on in the week, plus overheating on the street, and then smashed a couple of lifters on the second-last day. He ran consistent low nines at every track and by the time we arrived at Swan Hill the Capri was on song and even clocked an 8.95-second quarter - it was moving! That was plenty to fend off Pat O’Shea in the ultra-consist Falcon which only needed a couple of passes each day before hitting the road. 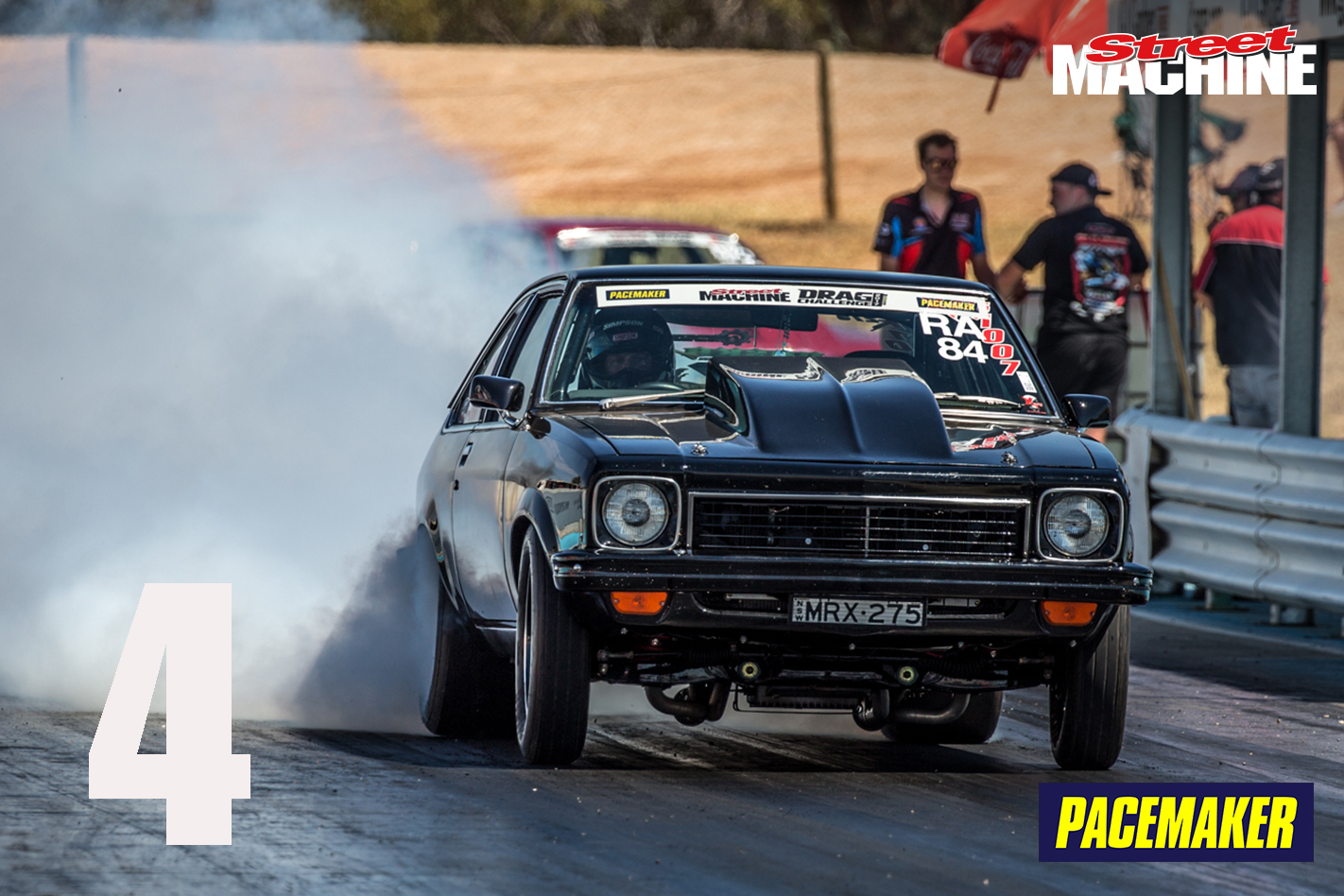 Veteran Nathan Ghosen came in third place with his tough Capri, ahead of Mick’s stunning Torana which copped some real punishment on the street. Fifth place in Pacemaker Radial Aspirated went to Jarrod Wood and his XT Falcon which ran low tens at each track. 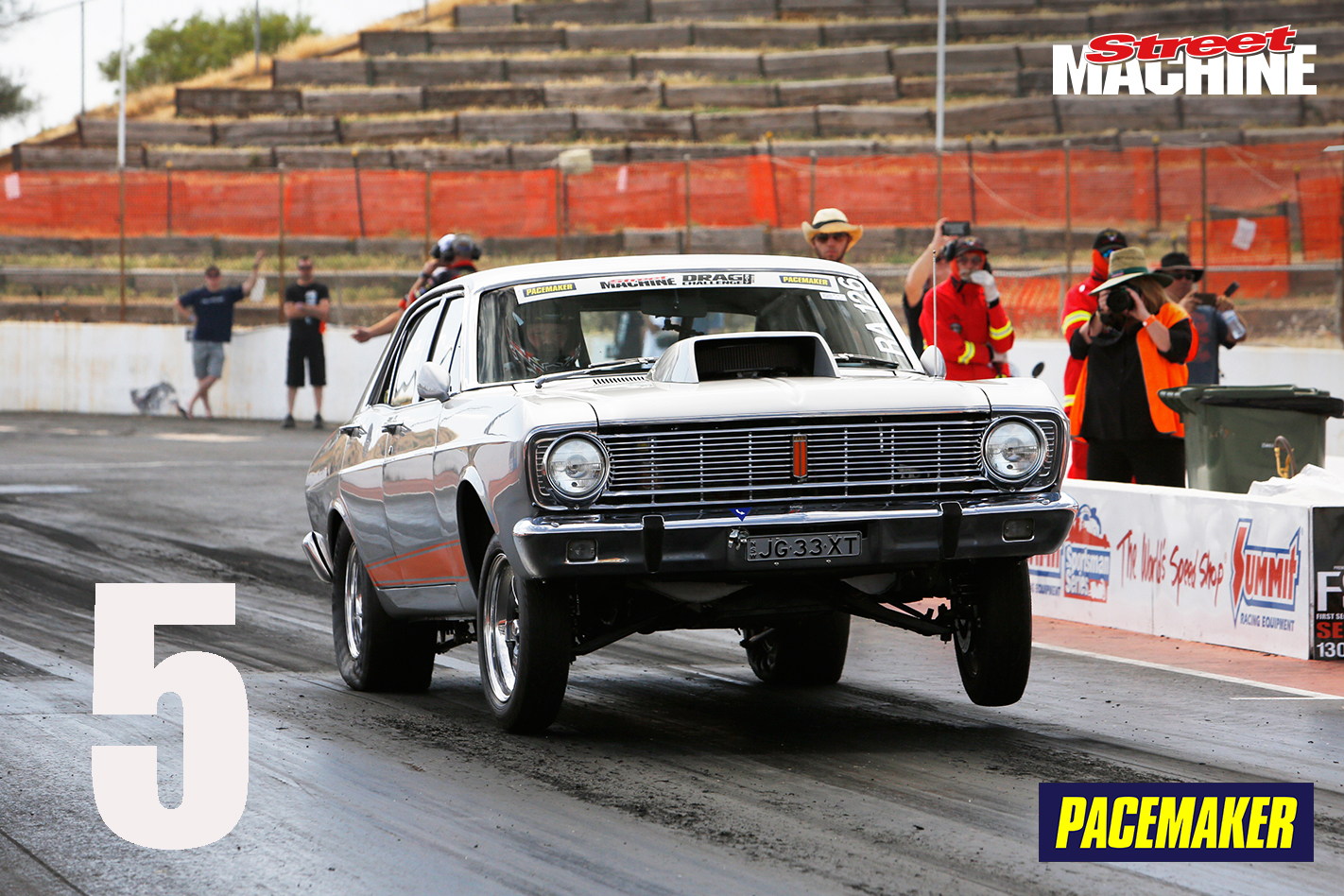 Check out the video to see our Pacemaker Radial Aspirated top five cars in action on the street and on track.