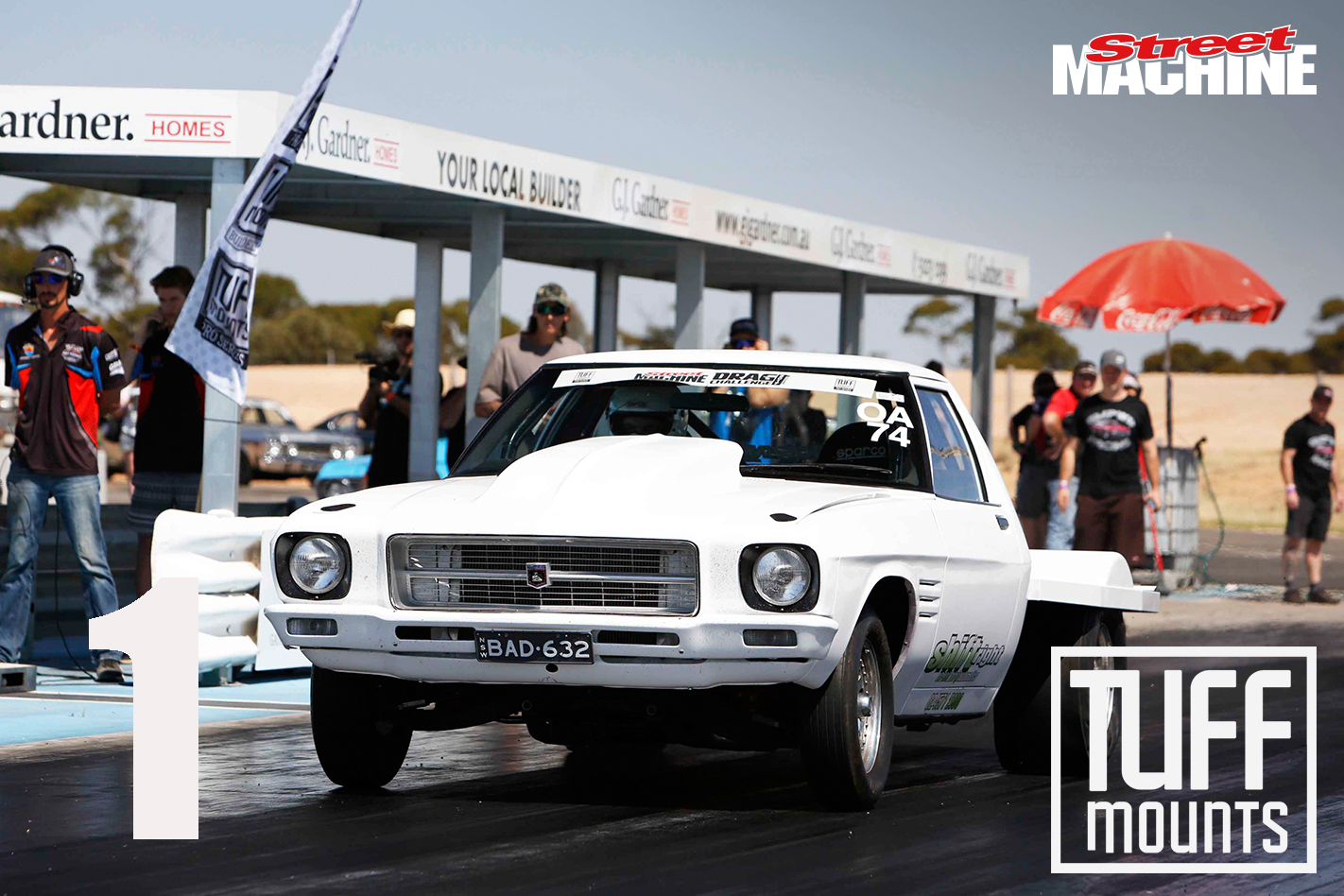 This year Stephen built a brand new engine – still a 632ci big-block Chev, but using a new block – and it proved to be a mean piece of gear! Running consistent low nine-second quarters, Stephen was able to defend his title and once again take out Tuff Mounts Outlaw Aspirated. 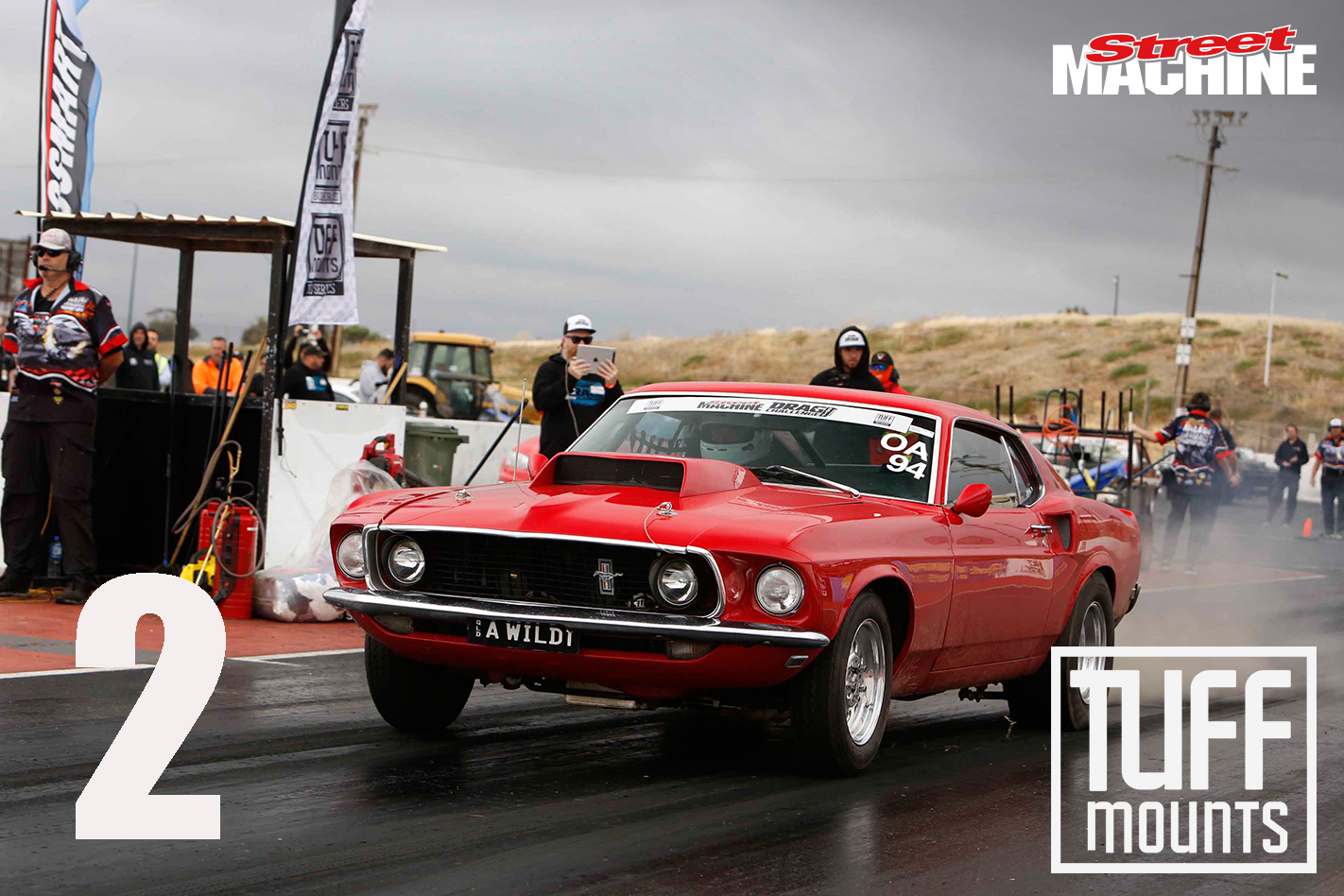 Runner-up was another familiar face, Mark Clifford with his mean 600ci Ford Mustang. Mark had a drama-free week and the big red ’Stang ran consistent low nines on a slick tyre. This would have to be one of the toughest aspirated Mustangs in Australia. 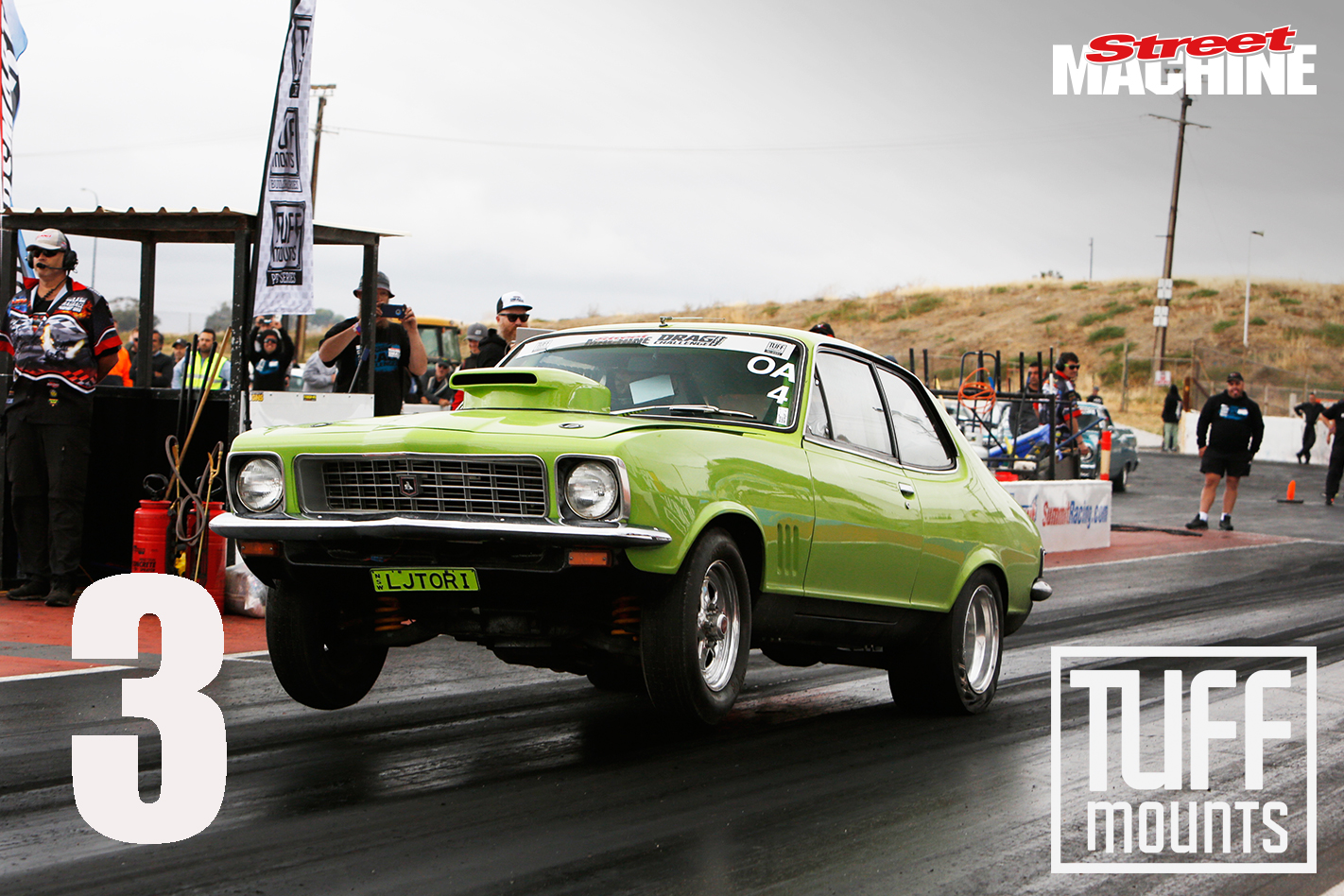 Third place went to Paul Wood and his LJ Torana. This was Paul’s first Drag Challenge, and the little slick-tyre Torana made it through with flying colours, running low 10-second passes all day, every day. 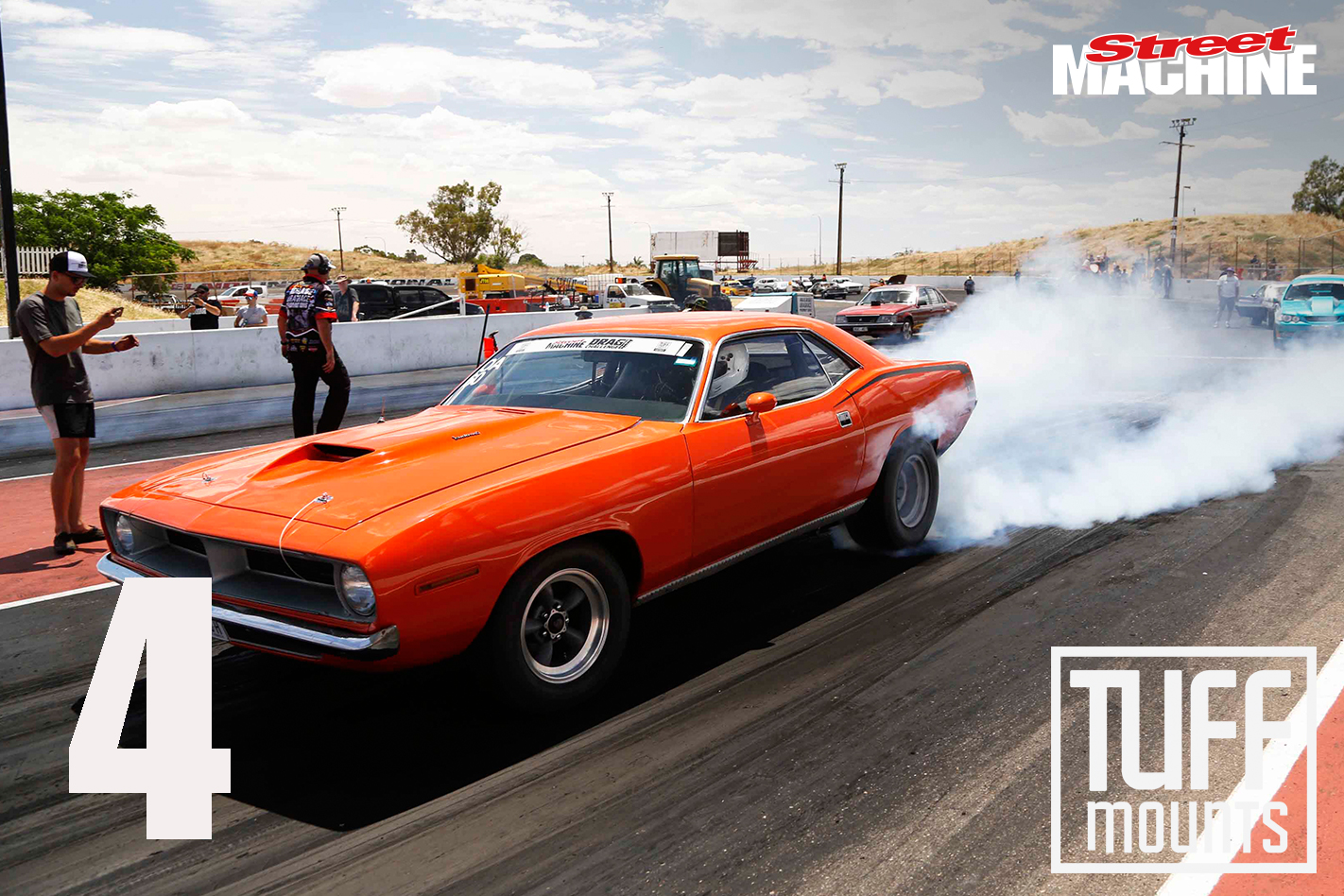 In fourth place we had Andrew McLellan and his tough Plymouth Barracuda. Andrew has done Drag Challenge for the past few years alongside good mate Jon Mitchell with the purple Challenger. Unfortunately the Challenger didn’t make it all the way through this year, damaging a lifter on Day Three. 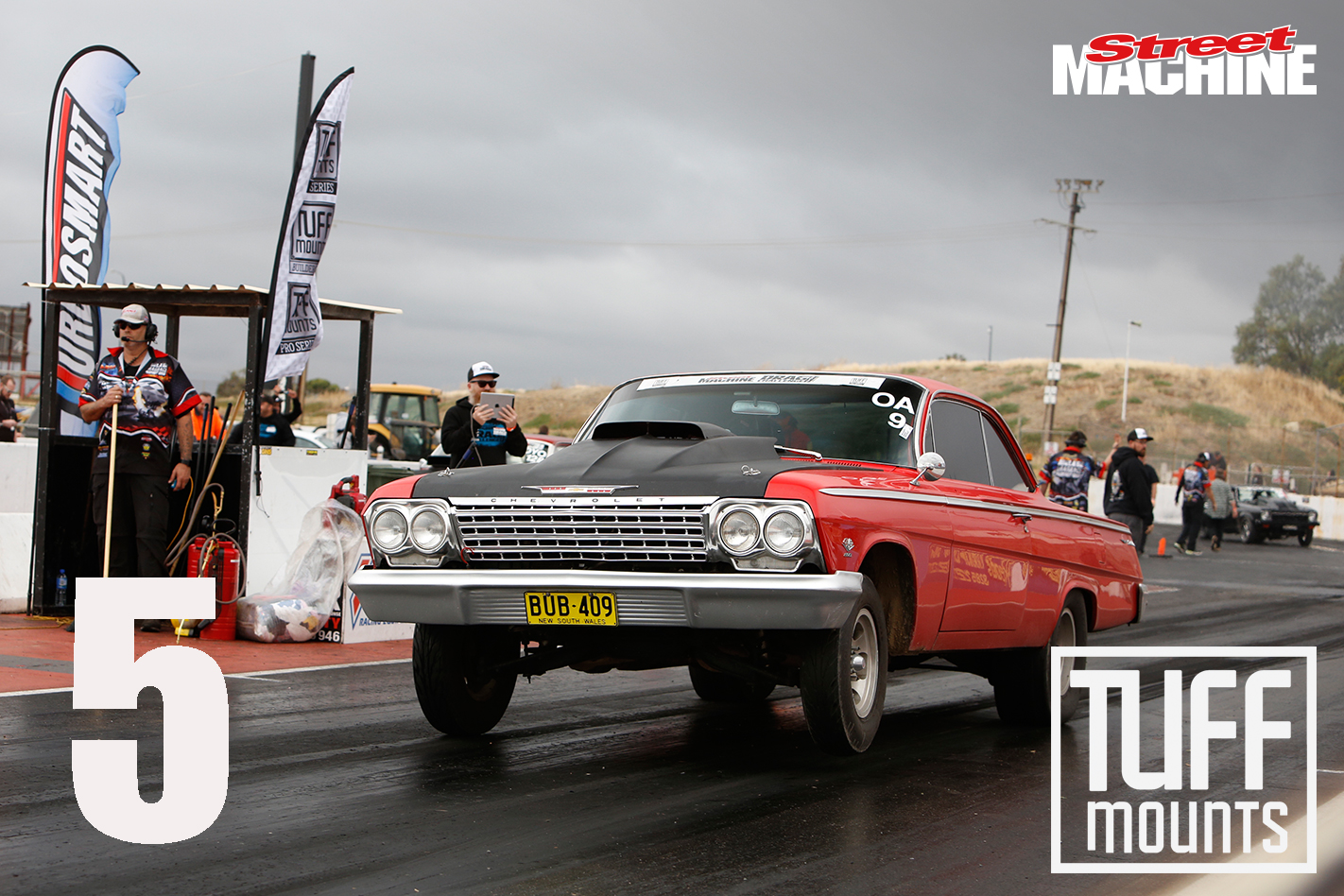 Fifth place was another Drag Challenge veteran, Carl Taylor, in his monster bubble-top Chevy Impala. This is another super-reliable car that has completed DC a number of times.

Check out the video to see our top five Tuff Mounts Outlaw Aspirated cars in action.