THIS year we had one of the most hotly contested Turbosmart Outlaw Blown fields in Drag Challenge history. With plenty of guys keen to step up from the popular 275 radials, big-tyre turbo cars are becoming a significant part of Drag Challenge. 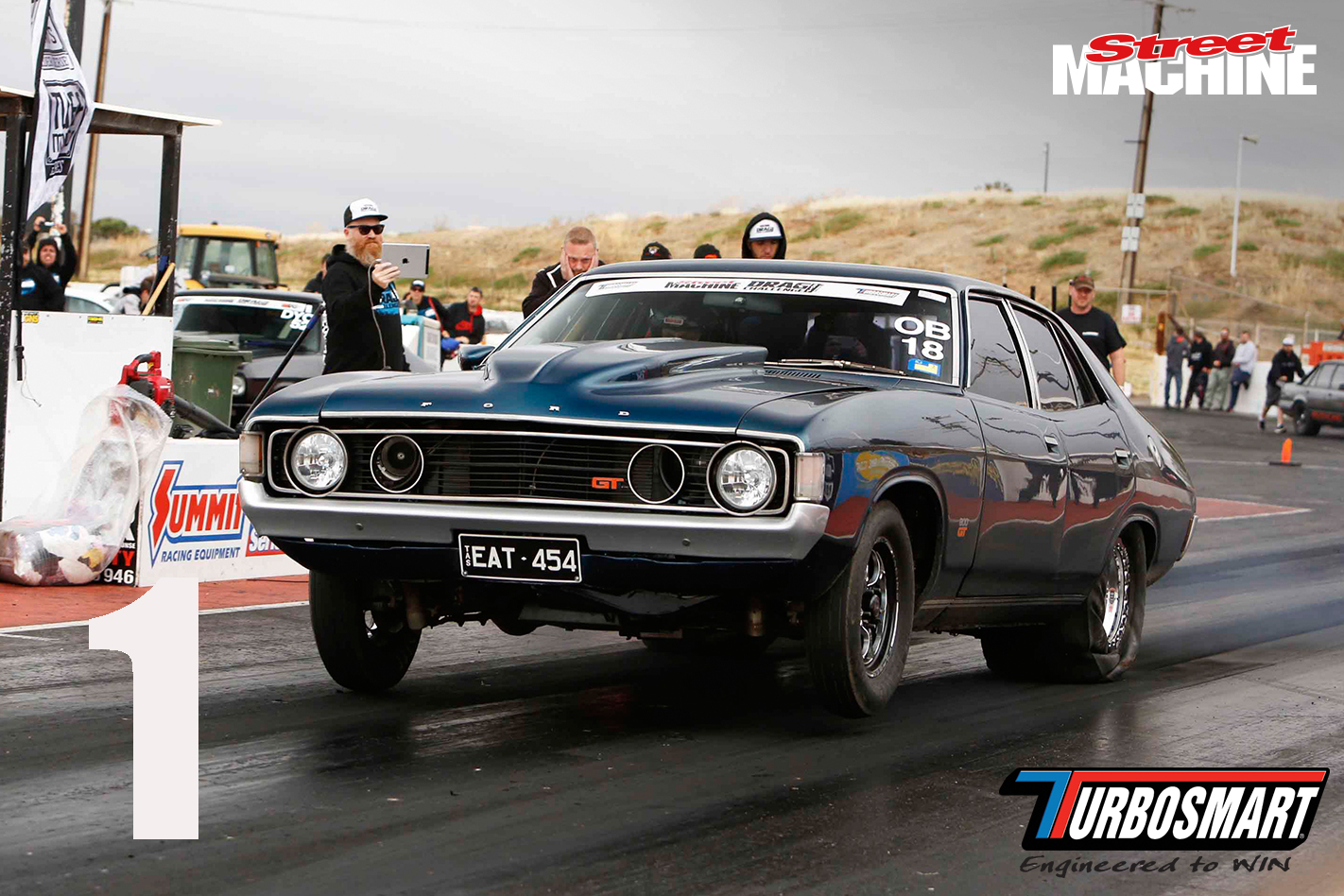 From the beginning it was impossible to pick who would take out the class; last year’s winner Brenden ‘Bubba’ Medlyn and Jarrod Wood with the crazy seven-second HQ one-tonner looked like they would be battling it out all week. But then there was Paul Hamilton with the freshly built, 2000hp, twin-turbo 600ci XA Falcon sedan. All three cars had the credentials to run sevens. Even Rodney Browitt in the HQ farm ute has mid-eights to his name, so it really was anyone’s guess. 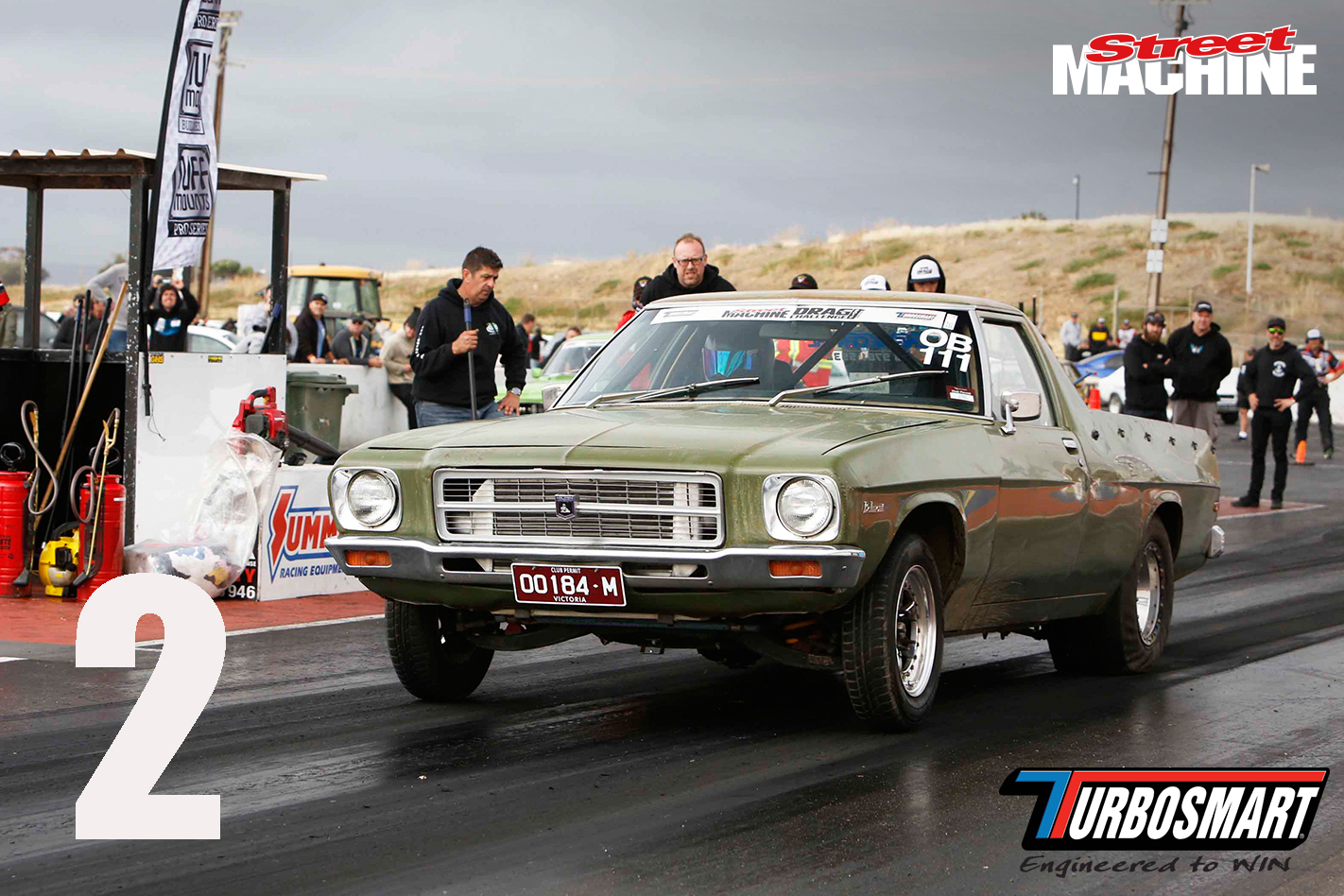 Straight off the bat in the searing heat, Jarrod’s one-tonner had trouble hooking up, but still put down a mid-eight. Bubba’s 370ci Holden mill had difficulties spooling up his new massive turbos, which made it hard to get off the line with any gusto, but 180mph trap speeds showed it had potential. On Day One Paul Hamilton was still getting used to that monstrous new engine in his XA, and only went nines. 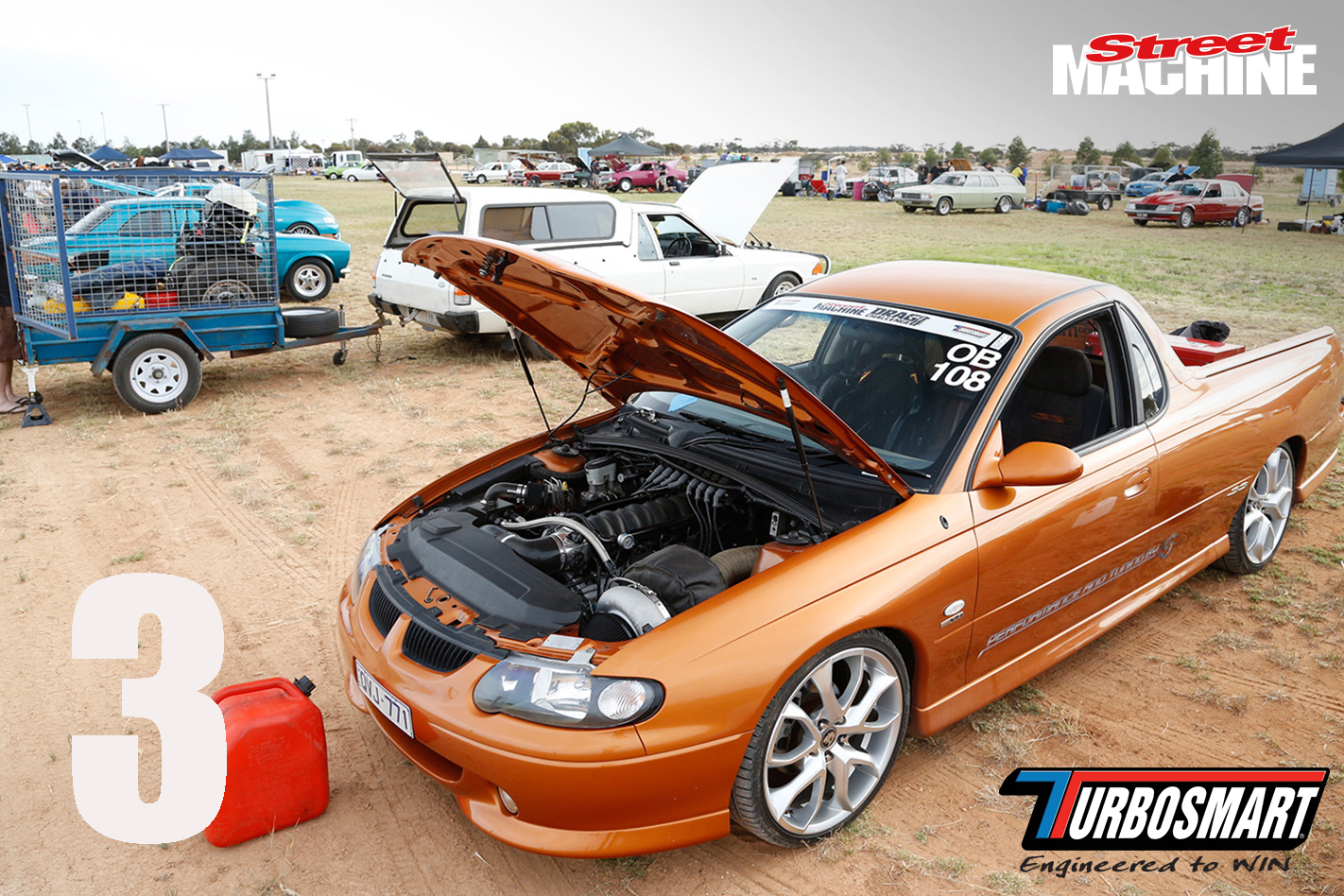 On Day Two at Mildura’s Sunset Strip, Bubba and his crew were pulling their hair out, with timing issues plaguing their progress early in the day. They finally got her sorted and sent it down the track, but kaboom! A rod through the bottom of the sump and one very expensive engine pretty well ready for the scrap bin meant Bubba was out of the game. 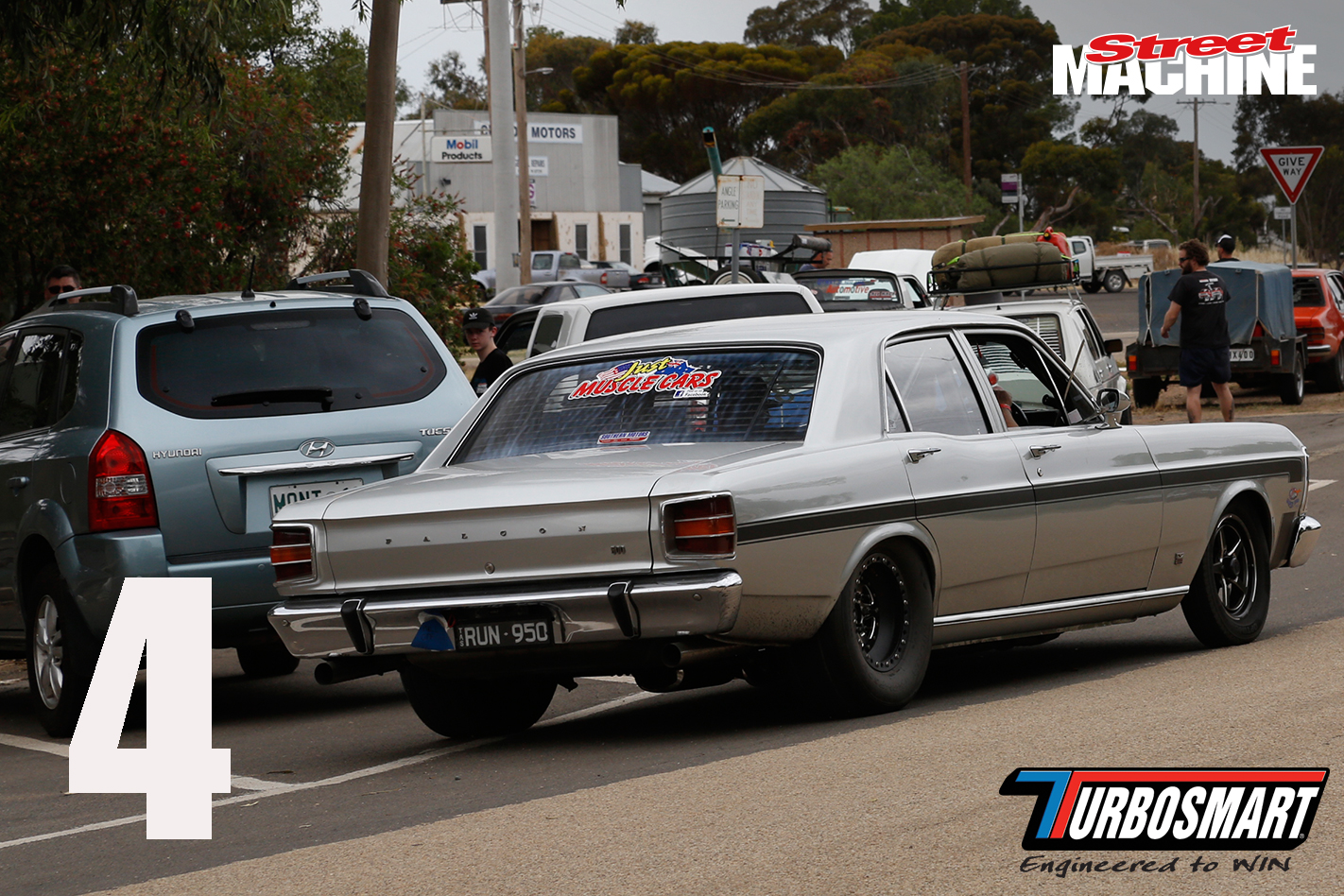 Paul’s XA was starting to find some more pace at Mildura, but was still a long way off Jarrod in the tonner, who was again struggling to find traction in the scorching 38-degree heat yet still doing enough to lead the class. 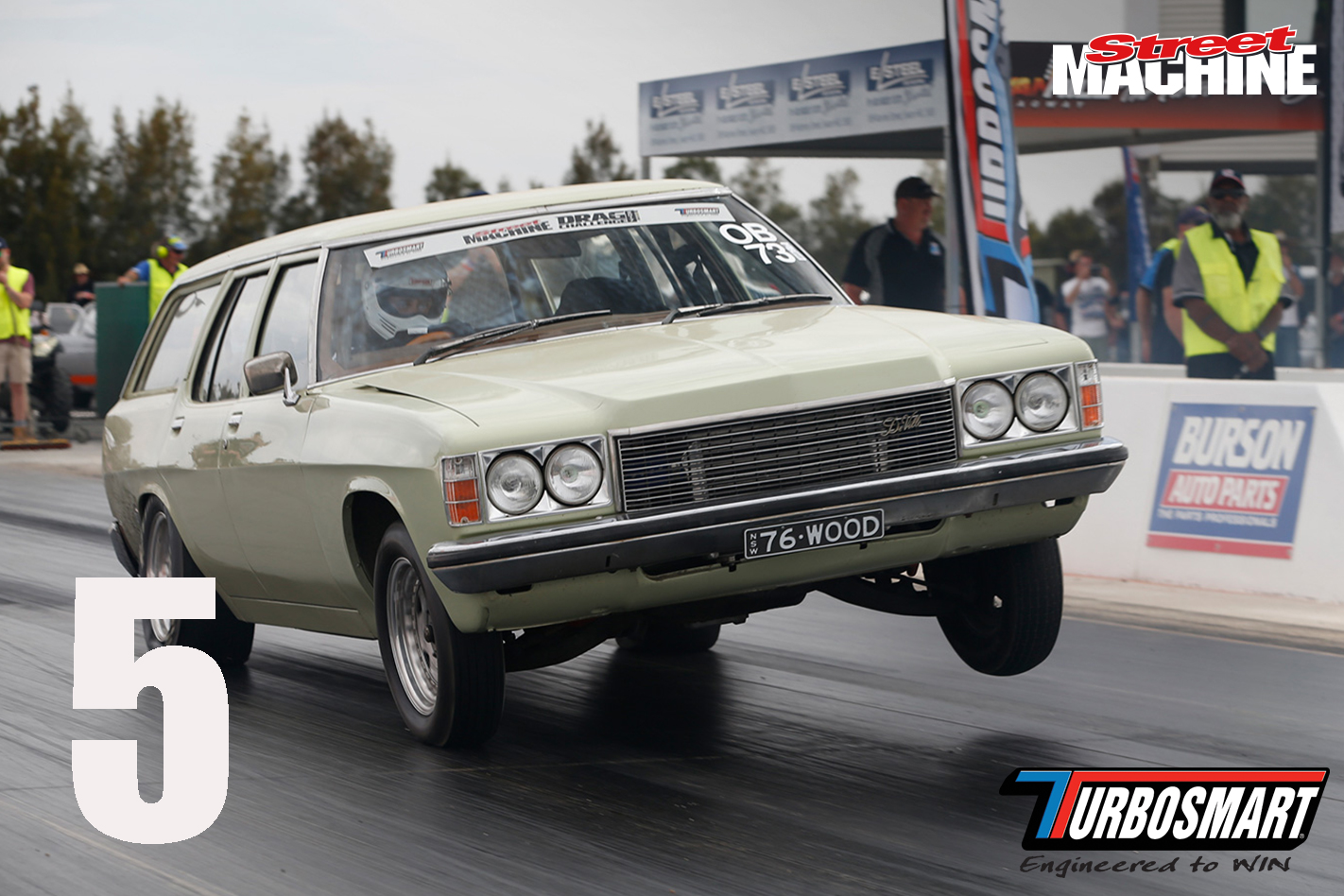 At Swan Hill Dragway on Day Three, Paul found his mojo behind the wheel of the big twin-turbo XA; it showed its true potential and went through the beams for an 8.60 – Paul and the car’s first eight-second pass. 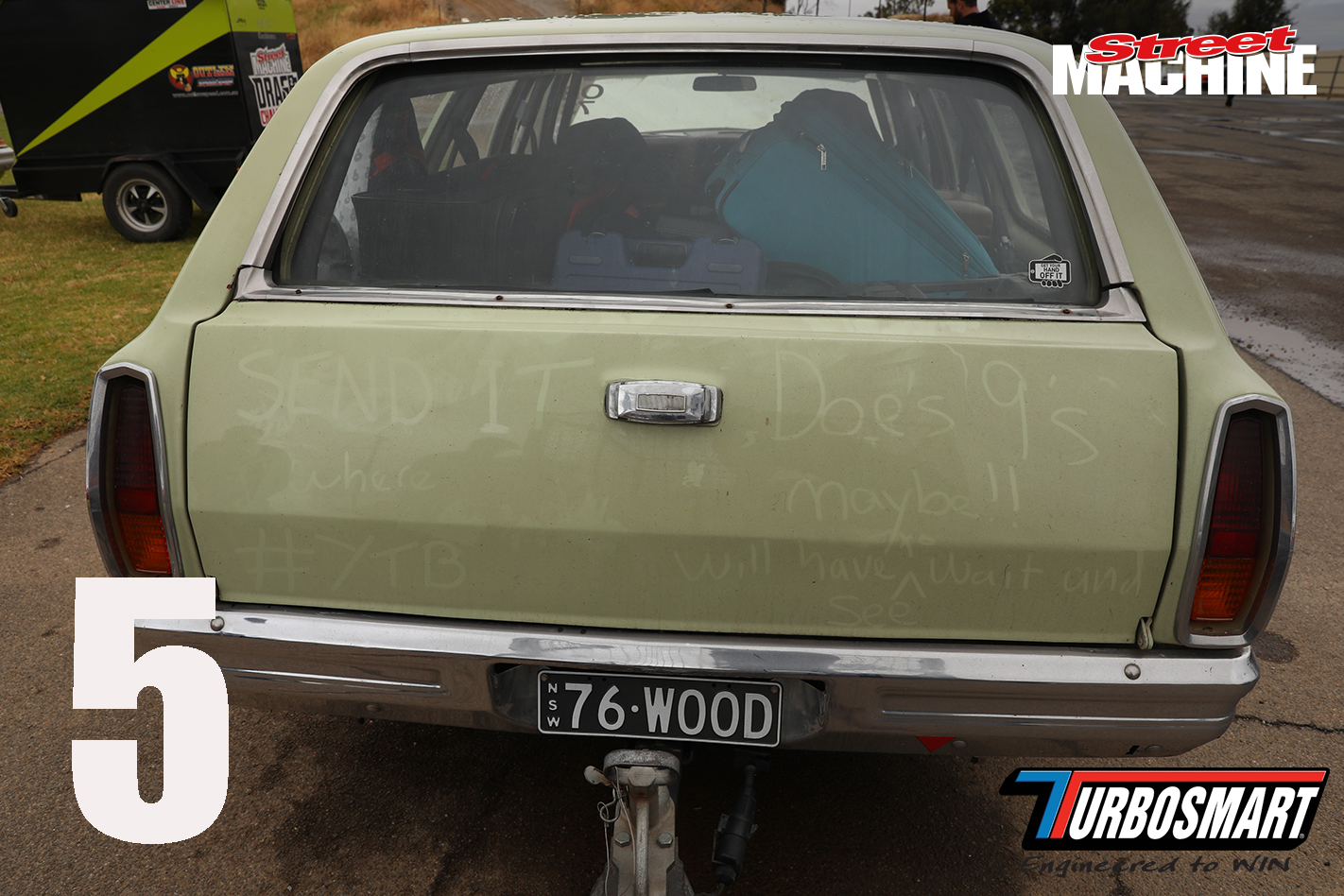 Jarrod managed to lay down an 8.20, after a handful of passes that saw the one-tonner turning tyres right through to the finish line. On the last pass of the day, the tonner bent a valve badly. The boys had the heads off the big-block Chev, ready to replace all of its valves as a precautionary measure. We left them with the capable (and armed with booze) Bubba Medlyn, as we hit the road before the big storms rolled in. The boys ended up getting it together again, but didn’t feel like pushing their luck and cruising down to Portland for Day Four, so they were out.

That left Paul Hamilton, who replicated his previous 8.60 at Adelaide International Raceway on the final day, in first place, ahead of Rodney Browitt, who was just half a second behind in the standings. Third place went to Luke Spalding with his single-turbo LS-powered VU SS ute, completed just days before DC. Marcus Howe’s nine-second XW Falcon came fourth ahead of Will Baker’s Kingswood wagon in fifth.