DRAG racing is full of Mount Everest-style challenges that racers spend years of effort chasing. For some, the goal is a Christmas Tree at the Winternationals. For others, it is being the first to claim a significant milestone for elapsed time or terminal speed. And since 2014, there has been the twin aims of finishing and winning Street Machine Drag Challenge.

This year, Frank Marchese won the overall event on his first attempt, as well as the highly-coveted Haltech Radial Blown title. Frank and his team worked incredibly hard all week - every time we saw the famous Dandy XW, the team were busy doing something to it. 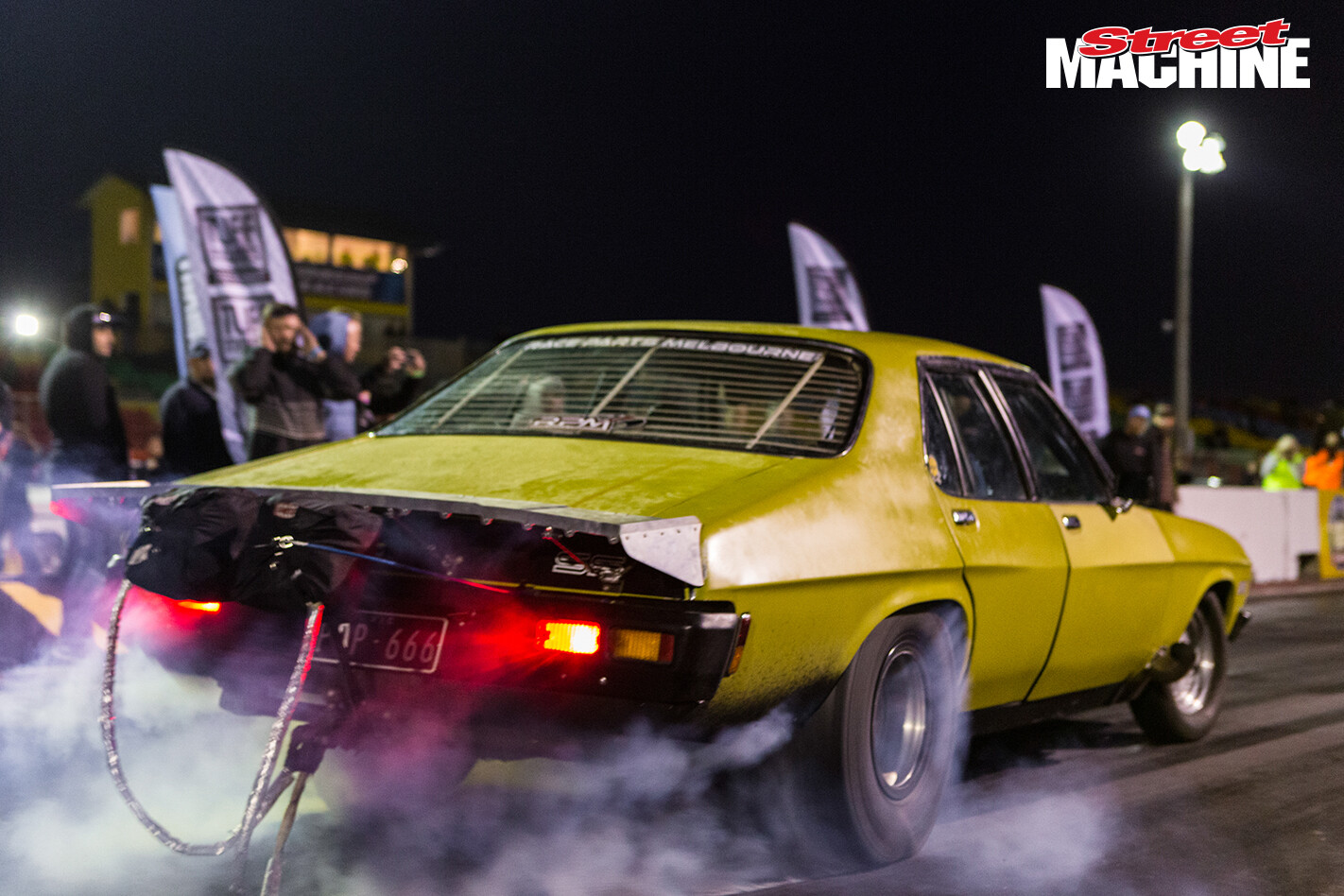 Harry Haig and his team were out in front of the pack for the first three days of the event and pushed Frank all the way to the finish to claim second place overall and the Turbosmart Radial Blown title.

Rod builder Daniel Cassar pulled the engine out of is nostalgia dragster and stuck in in this '32 coupe weeks before the event. Despite this being his first DC, Daniel dominated Tuff Mounts Outlaw Blown all week and took home the trophy.

Alon Vella won his fifth Pacemaker Headers Radial Aspirated title, consisting of all four five-day Drag Challenge events that he has entered, as well as this year's Drag Challenge Weekend in Queensland. His next goal? To run a seven!

Darren Parker is a canny drag racing veteran and needed all of his experience to pull off the win in K&N Dial-Your-Own.

We've already started planning next year's event. We're talking through the different route options and are working on the details for the new 235 Radial Aspirated and Blown classes. Watch this space!