NOBODY in the K&N Dial Your Own class at Street Machine Drag Challenge is reeling off seven-second passes, but when you consider how many moving parts are involved in setting clinically consistent ETs at five different tracks on five different days, being competitive in this class is a huge challenge in itself.

Track conditions, atmospheric conditions, fuel loads and wear-and-tear on your car are just some of the variables involved, and getting them all to line up in a row is a mission.

By week’s end, Darren Parker managed to wheel his VF Sportwagon with aplomb and hand in five separate timeslips all within 0.008315sec of one another. That’s a split of less than one hundredth of a second! Nipping at his heels was Paul Topping in his Gen-F HSV ClubSport on a split of 0.012005, which he managed to achieve on a 10-second ET – pretty impressive stuff.

Steve Nightingale rounded out the DYO podium in his XB Falcon sedan, proving that you don’t need EFI (or a late-model GM car) to be competitive, finishing the week with a fractionally broader split of 0.014905.

As always, it was tough at the top of the K&N DYO ranks! 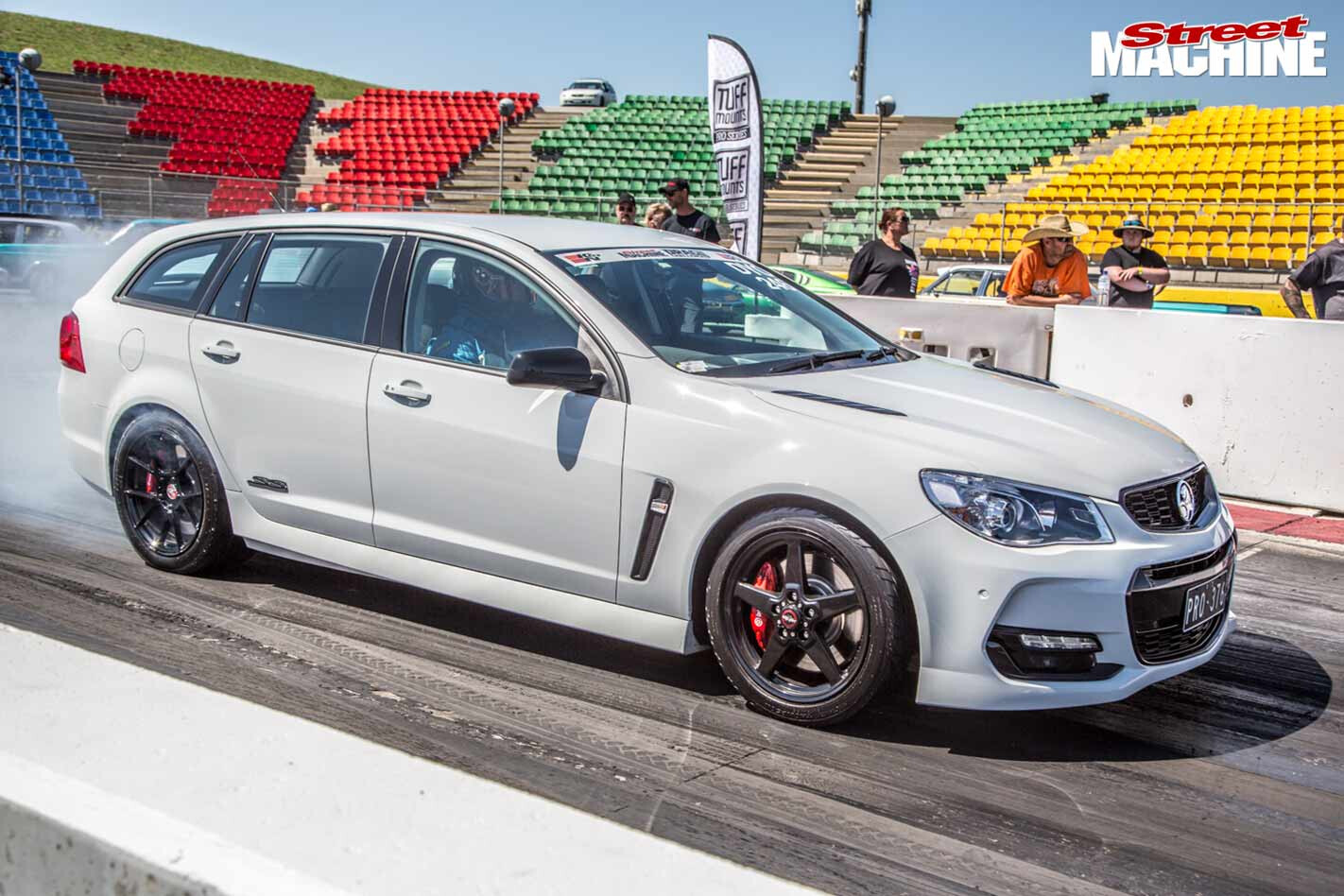 K&N Dial Your Own