FROM across the street, it just looks like one of the growing number of cool old Falcons being put back on the streets and enjoyed for relaxed cruising on sunny Sundays with H-plates. But as Drag Challenge shows us each year, looks can be deceiving. For under the bonnet of this cruisy-looking time-warp XM Falcon sits around 600 horses’ worth of Toyota twin-cam turbo straight six.

The Falcon is the work of Matt Hohenhaus (Hoey to his mates). He’s owned the cool old Ford for a decade and dailyed it for a while. But the intention when he bought it was to eventually stick something else under the bonnet. A new-century BA-FG Barra Turbo six? “They’re too big and expensive,” Hoey reckons. 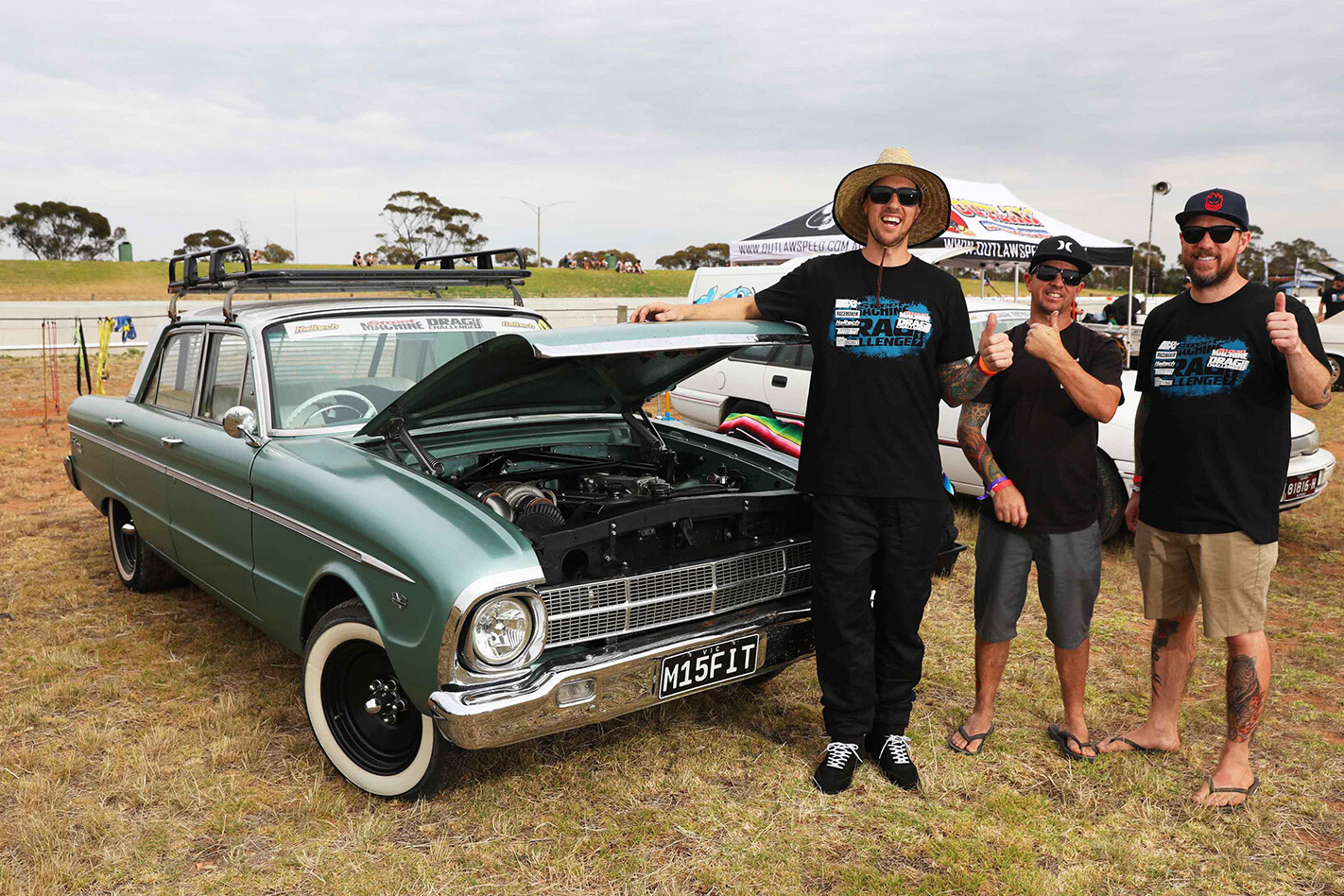 So Hoey decided a Toyota 1JZ transplant would be smarter and more effective in the little first-gen Falcon’s diminutive engine bay. “I bought it about six years ago,” he says of the ex-Toyota Soarer driveline. “I did most of the work at home.” As Matt tells it, the transplant was relatively easy, with the removal of the Falcon’s diagonal engine bay bracing being the only structural mod required. It’s been replaced with a triangulated tube-style tower brace.

Boost is from a Garrett GT35 and the control is what Matt refers to as an “ancient Microtech LTX-12 that’s about 10 years old”, while the front-mount intercooler is from Plazmaman. The engine itself is a $1000 wrecker special, which Matt then pulled the head off for a look at the hone swirls and replaced the water and oil pumps as precautions. New gaskets completed the ‘full rebuild’.

Behind the twinky is a TCE converter and a Powerglide. Two cogs is all Matt wanted in the relatively light Falcon and there’s a cooler fitted under the rear seat area. The third member is the racers’ favourite nine-inch fitted with 3.9 gears and a spool centre.

The Falcon retains leaf rear springs, but they’ve been given the CalTracs treatment. For DC, Matt runs a M/T 245 street radial in the Radial Blown class. 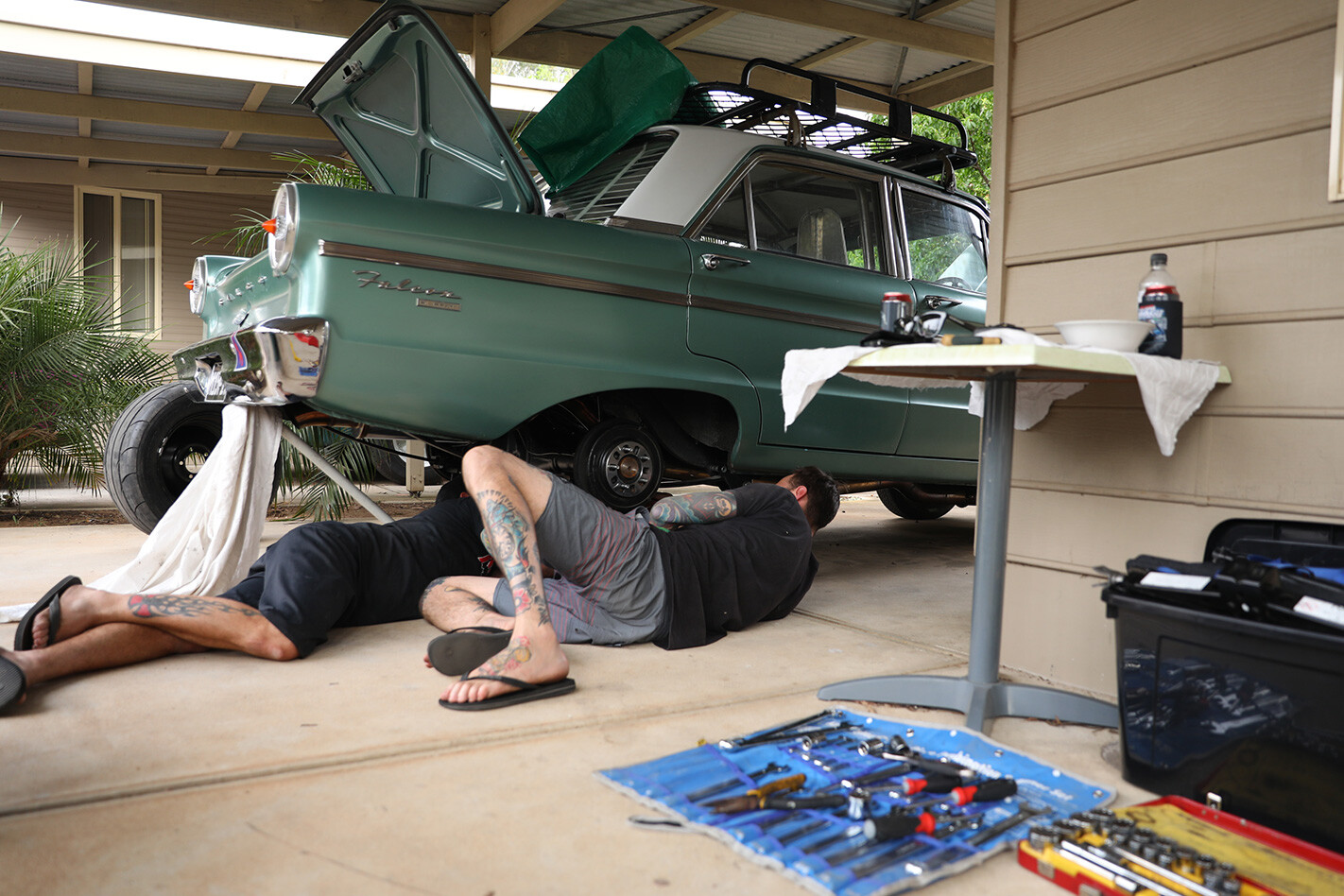 While living and working in Brisneyland, Matt ran the Falcon to a PB of 9.9@136mph at Willowbank, which under ANDRA regs was too quick for an uncaged car. Now it has a rollcage, and the standard bench is swapped for a tin driver’s seat when the car is being put on the strip. Oh yeah, and a fuel cell too.

Matt accidentally deleted his ‘hot’ tune on the first day of Drag Challenge, so had to run the week on pump 98 rather than his track cocktail of E85, all the while trying to improve the car’s times. That knocked a bit of power from the car’s previous 540hp at the wheels, but Matt managed to run in the 11s at Adelaide and Swan Hill.