WITH a two-litre turbocharged Isuzu motor running 38psi of boost, 800 horses (with its street-driver Drag Challenge tune) and timeslips in the nines, Scott Forrester’s crazy Holden Gemini is an attention grabber.

Prior to this year when the car was reconfigured for strip use, it terrorised the Summernats dyno comp. “It’s had more power in the past,” says Scott of his little fastback. “But I’m running it detuned a bit for Drag Challenge.”

That two-litre block has been filled with concrete to give it the best chance of surviving having to put out about eight times its factory horsepower. It’s carrying a BorgWarner EFR-series turbo pushing boost into a beaut long-runner fabricated manifold. The engine internals include a stud girdle and forged pistons and rods, although the crank is a balanced and knife-edged standard unit that Scott reckons is right on the edge of its endurance. 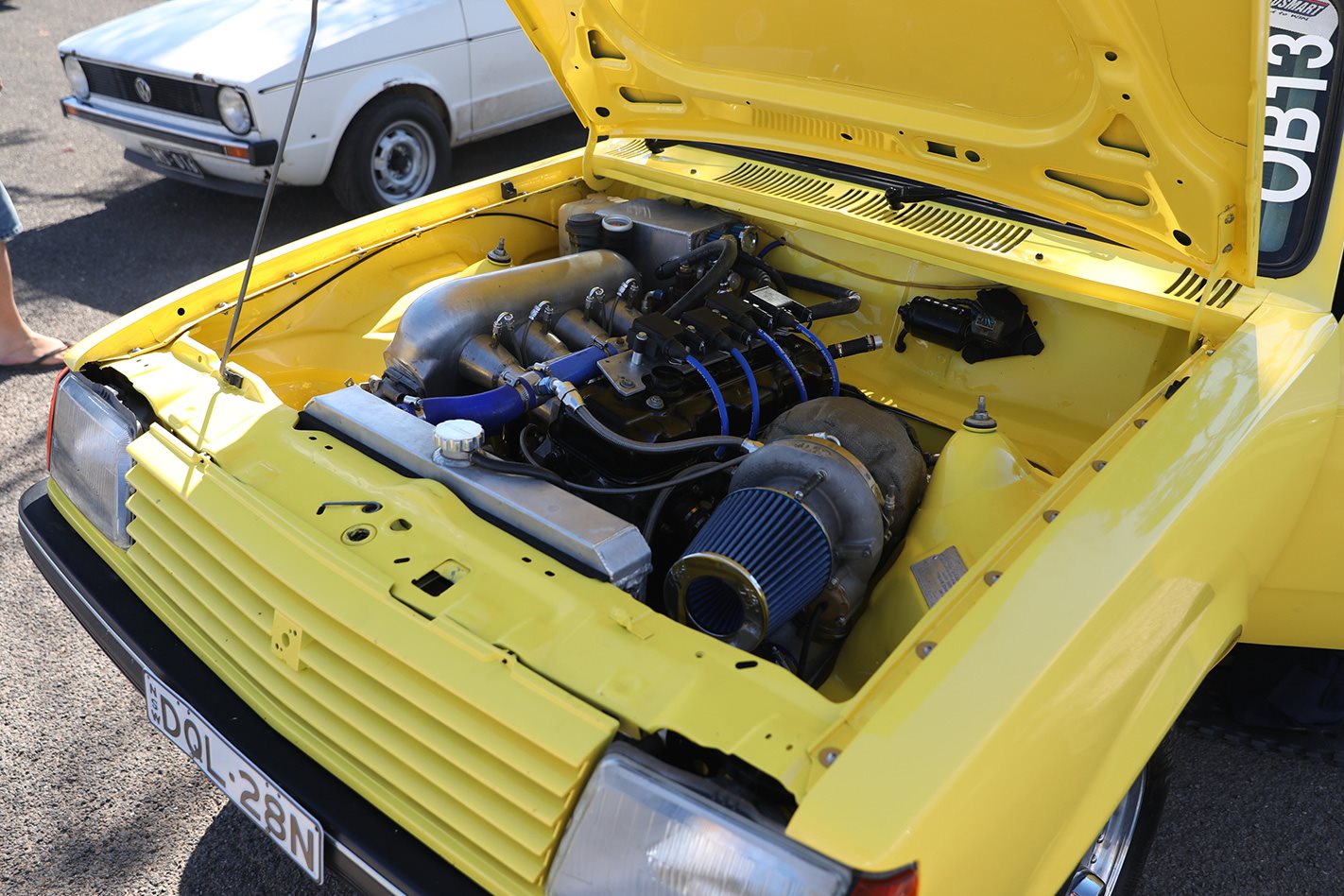 No prizes for guessing that with 1000hp in its dyno-smashing guise, the car has a big intercooler. The injection system is an interesting mix of Wolf EFI and mechanical injection. The Wolf controls things by itself until around 32psi when a second set of injectors start pumping and the Wolf pulls back the fuel being distributed by the first set for better mixture control. Scott runs E85 on the street to help keep things cool.

The transmission is a Trimatic. Yes, we’re shaking our heads too. It’s fronted by a revvy 7900rpm converter and spins a cut-down BorgWarner rear axle. The car has been in this configuration for three years. 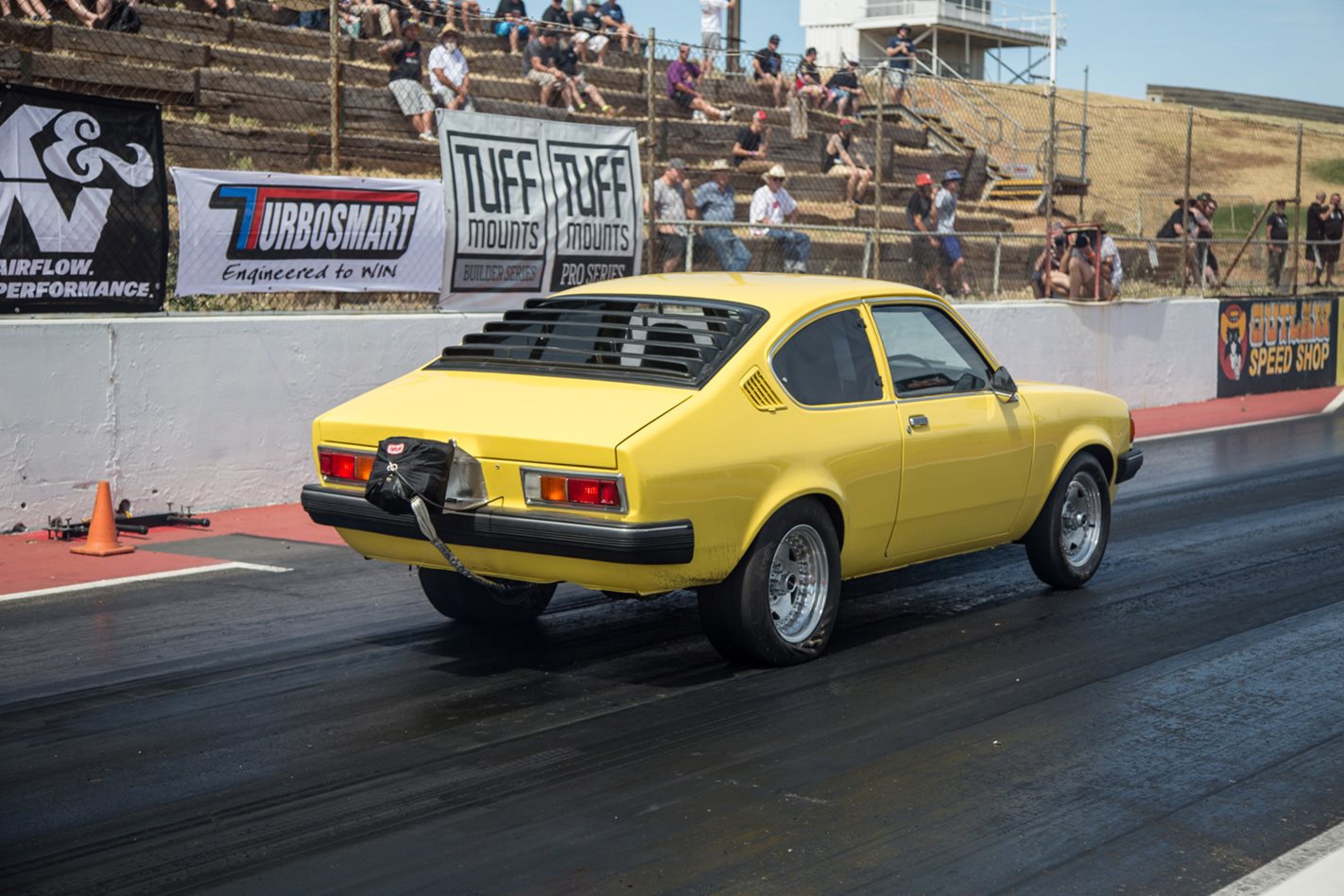 For its first Drag Challenge, Scott thought he’d give his long-suffering Gemini a bit of lovin’, grafting on a later-style nose and respraying it. “I didn’t anticipate how much work it would be,” says Scott of attempting such a large task in the three months before the DC deadline. 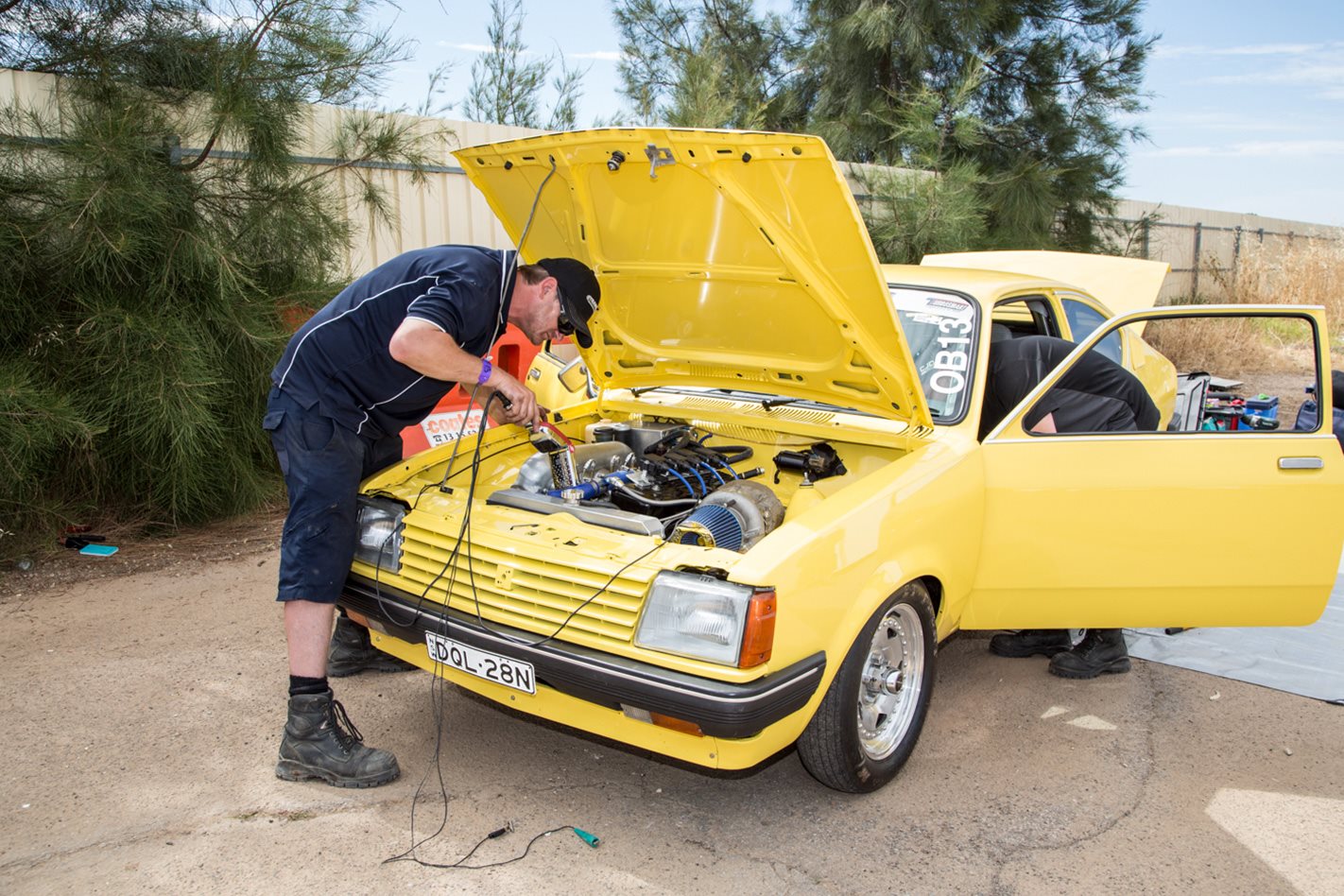 Unfortunately for Scott, valvetrain problems associated with the enormous valve spring pressures required with all that boost meant the little Gemini was out of Drag Challenge after Tuesday at Mildura, but Scott will be back next year. 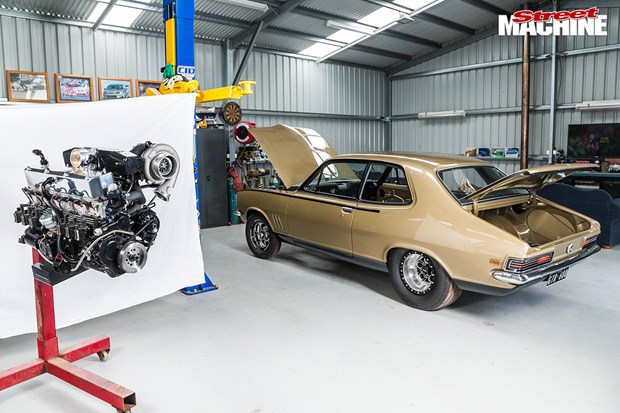