LAST year Luke Oxley from FullBOOST joined Jason Ghiller from Tunnel Vision on Street Machine Drag Challenge to crew along with Peg and Vince in Jason’s Falcon. Drag Challenge 2017 started and finished at Adelaide International Raceway, but rather than trailer Jason’s eight-second Barra-powered XD Falcon to the startline, they drove it across from Melbourne for the event. Incredibly, the car was barely touched the whole week, including on the road trip to and from Adelaide, and ran flawlessly. Jason even ran a PB on the final day of the event. 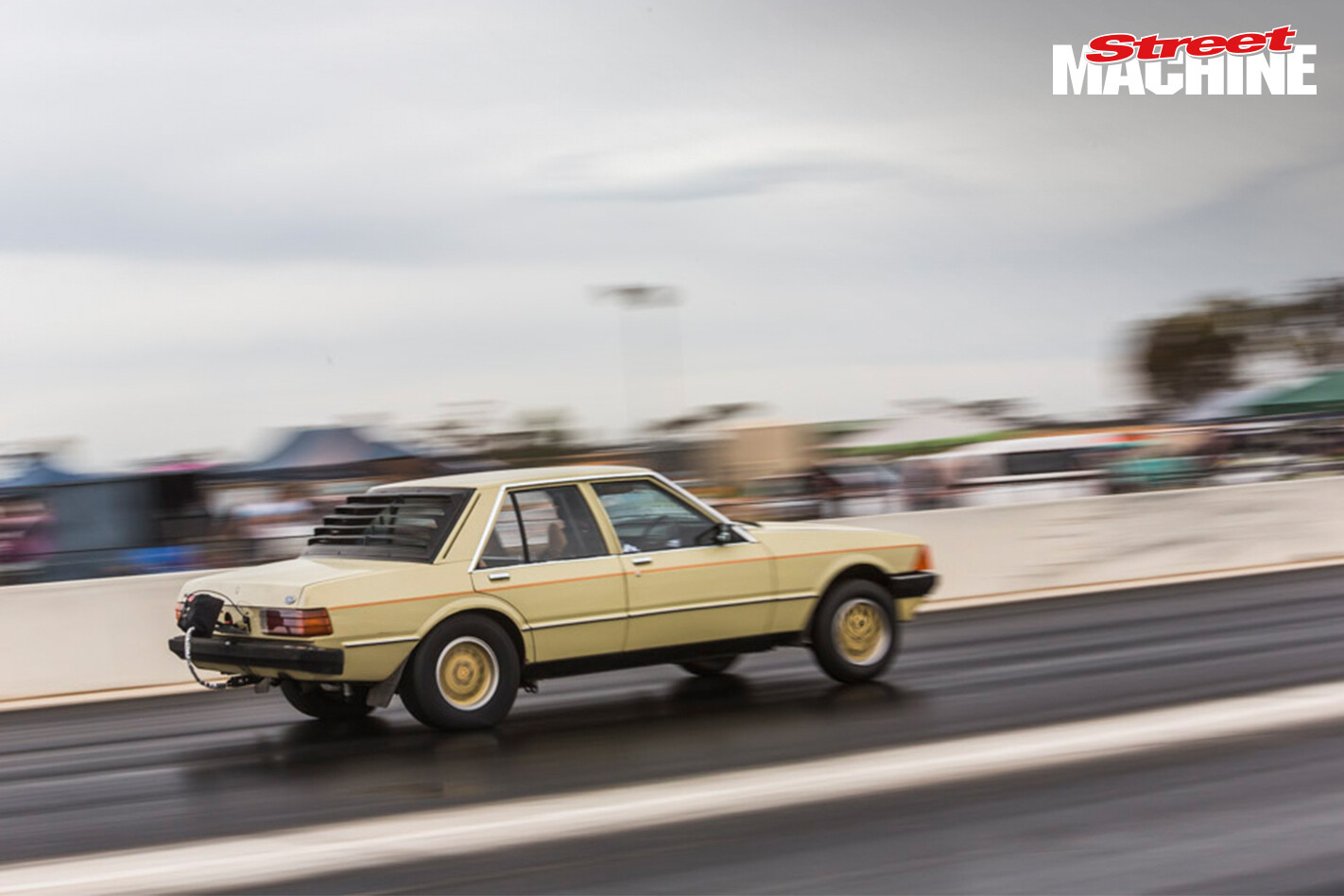 The same crew decided to return for Drag Challenge 2018, which started and finished in Melbourne, so they wouldn’t have the big drives to and from the startline this time around – meaning it would be less than half the kilometres of 2017’s event. Piece of cake compared to last year, especially with much cooler temperatures predicted.

In the weeks leading up to Drag Challenge, Jason built a brand-new Barra motor for the car and ran a PB in the 8.50s at Swan Hill Dragway. Aside from a split radiator on the way to Calder Park for scrutineering on Sunday, things were looking good. That was until Jason made his first pass on Day One at Calder. After releasing the transbrake, about 500 feet down the track as he shifted into second gear the TH400 ’box let go and he lost all drive. After weighing up their options, the crew decided to pull the gearbox out in the pits at Calder and see if they could have it repaired and continue on with the event.

They eventually got back on the road and continued on to Swan Hill for Day Two. But one pass down the track was enough for Jason to confirm that when the gearbox let go it may have hurt the motor as well. When the ’box broke the engine speed spiked to 9500rpm, which is enough to damage a bearing. Rather than risk a brand new engine, they decided to pull the pin and continue on as spectators.

Check out the video to see how their week turned out, and a really cool interview with our Drag Challenge 2018 winner, Frank Marchese.