The owner of this trick little LC Torana GTR XU-1, a bloke name of Nathan Clarke from up Penrith way, calls them rivet counters. You know, the blokes who wanders up to your car at a show and proceed to tell you where you went wrong. Usually along the lines of ‘that hose clamp should have the part number facing up’. Like Nathan says; rivet counters. 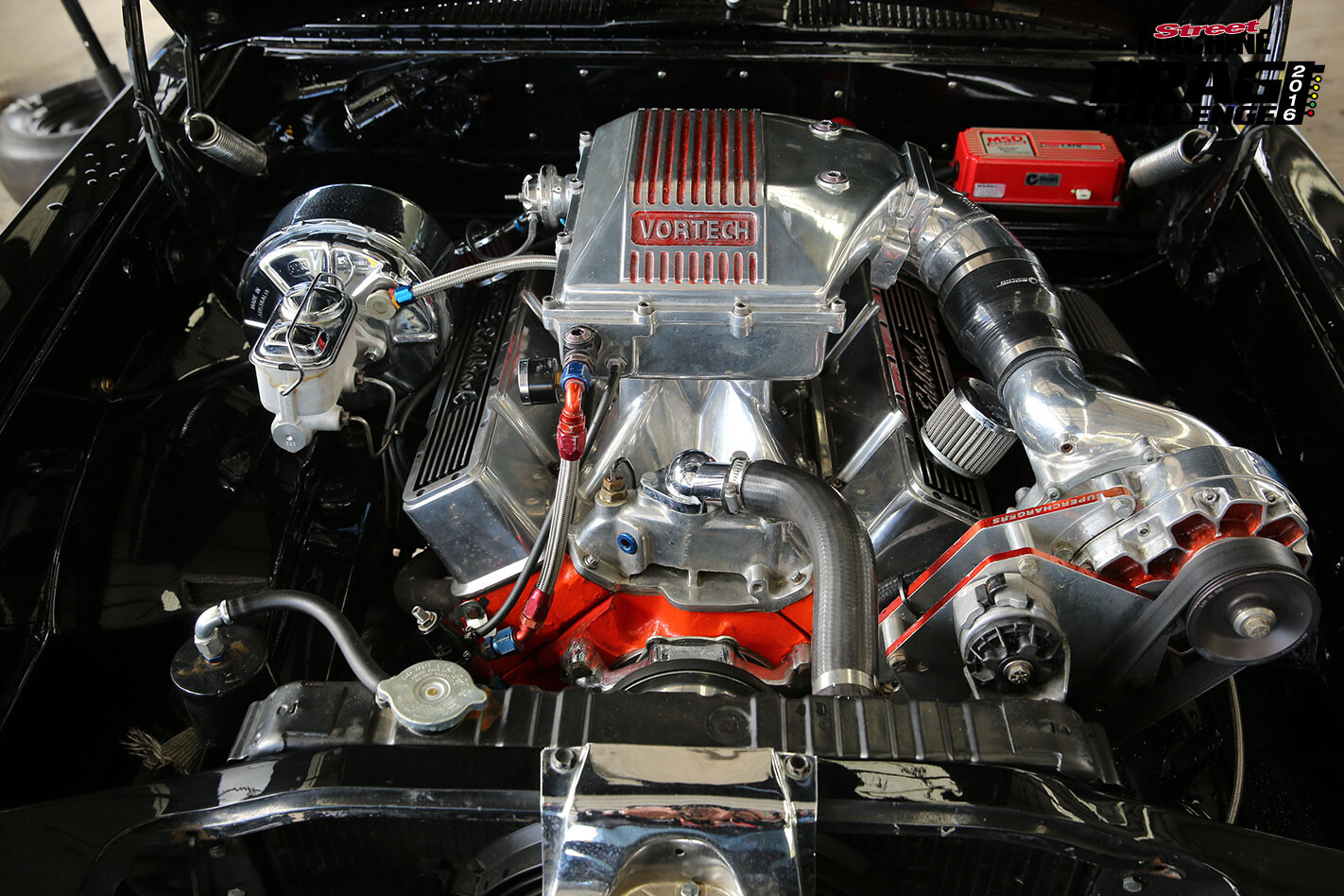 And he seems to be a magnet for them, mainly because the little black Torana with the centrifugal blower peeking from the cut-out in the bonnet is a dead-set, fair-dinkum, honest-to-god, genuine LC GTR XU-1. And the rivet counters, well, they just can’t get their heads around doing that to a proper XU1. But before you starting hating on Nathan yourself, consider that the conversion was done way back in 1990 when XU-1s were still lying around in front yards under tarps. In fact, the car was originally fitted with a 305 Chev and used at the drag-strip way back when. So it’ not like Nathan’s doing anything to the Torrie that hasn’t been done before. Nathan found that out by looking at the original engineer’s report and spending some quality time with a copy of the Tamworth White Pages and tracking down the original builder for a history lesson.

There have been a few changes, however. And that starts with the engine which is now a 350-cube SBC although it still uses 305 heads. The pump is a Vortec V1 and, according to Nathan, “is just a baby thing”. Baby maybe, but with a low weighbridge ticket and a set of 13X7 Mickey Thompson slicks bolted on, the LC gets across the quarter in 10.6 at 132mph. Nathan is pretty modest about the thing, though, and reckons the engine is made from scrap bits and pieces. “It’s got a set of JE blower pistons, but that’s about it. I reckons it’s a four-grand motor. If that. I didn’t really ever want it to go this fast,” he admits, “It was really just to take the kids for a drive”. Hmm. Lucky kids those Clarke nippers.

The tranny is a TH350 with a 2800rpm converter and the diff is a nine-inch still running an LSD centre, but beyond that, there’s still an awful lot of LC Torana in it, including the brakes, suspension and pretty much everything else. Which is how the last rivet counter managed to work out it was a genuine XU1. Apparently the guy is still standing in the same spot with his jaw on the floor.