THE plan for day two of Street Machine Drag Challenge was to race from 4-10pm at Mildura’s Sunset Strip. It was a good plan, but mother nature had other ideas. Strong winds whipped up a stack of dust, rendering the track unsafe for hours at a time. The track staff worked like demons all day and long into the night to get the field down the track, with racing not finishing up until 11.30pm.

There were some sketchy moments in the deep end for a few racers, including Alon Vella who had to pull his parachutes to keep his Capri off the wall. However, the track came good around 10pm and we saw a string of low five second passes, with the bragging rights for fastest pass of the day swapping every few minutes. 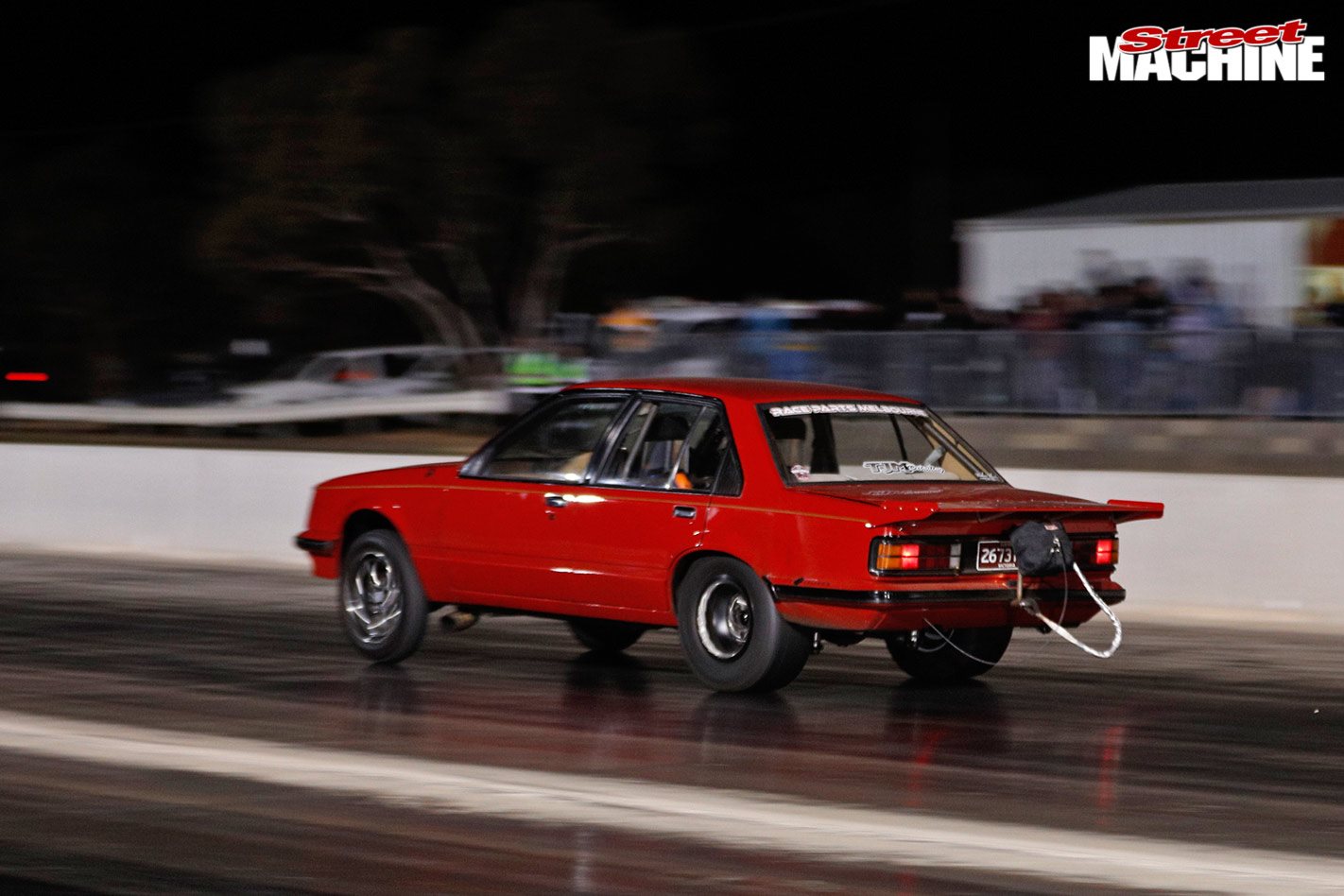 Kai McPhee edged out Brendan Cherry with Kai's red turbo LS Commodore running 5.115 against Cherry's big-block VL's 5.117 to top the night's times. They were up against stiff competition from Harry Haig's big-block HQ going 5.20 with Luke Foley running 5.22 in his VH Commodore.

Matt Lampard had the LUMPER HZ on a mission, belting out a 5.38, then backing up with a 5.25 as the clock crept towards the 11:30pm knock-off time.

Dan Szabolics did plenty of laps in his awesome twin-turbo fat-block HQ coupe, running a best time right at the end of play with a 5.29. He finished just ahead of Jason Ruby's all-paw turbo six-pot Nissan Silvia, which clocked 5.40.