STREET Machine Drag Challenge doesn’t get much more grassroots than this: Josh Grant drove his self-built Ecotec 3.8-litre V6 turbo VB Commodore all the way from Kalgoorlie in WA for this year’s event, with his dad Tim along for the ride!

“It was a holiday road trip,” said the Tassie lad, who’s been working away from home in WA, and before that, Queensland. “We had a cruisy drive, staying in caravan parks and having a few relaxing beers each evening.” Oh yeah, and the Commodore got 15L/100km, too – while towing its tools-and-tyres trailer! 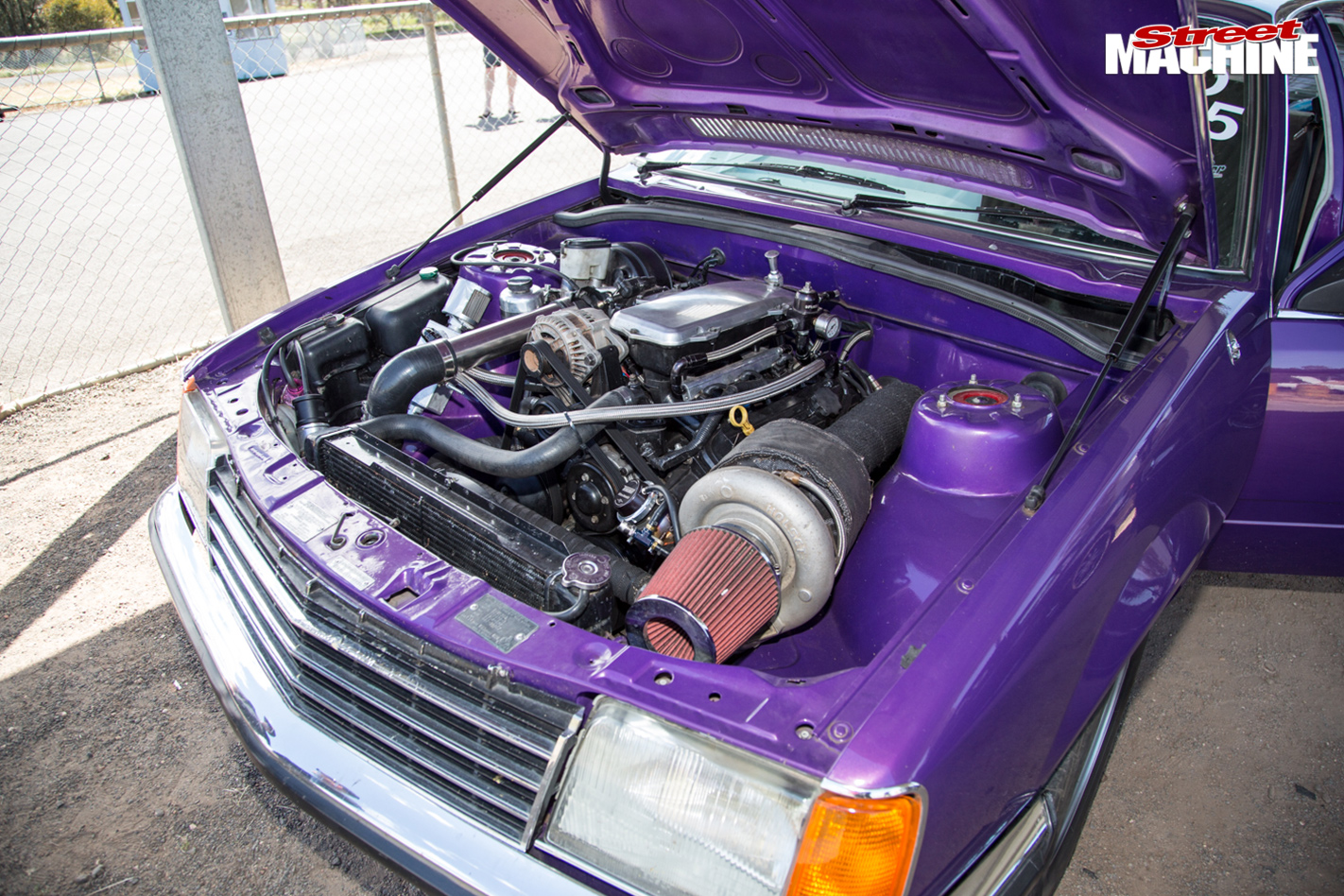 Josh has owned the Commodore for more than half his life, buying it when he was 14 and running it in khanacross events at home in Tassie. More recently, he’s run it at Willowbank in Queensland and Kwinana near Perth as his career took him across the country.

Like several other cars at Drag Challenge, Josh’s Commodore was built on a budget using plenty of KISS – Keep It Simple, Silly.

“I bought the rods and pistons from a factory supercharged V6,” Josh said. “That was cheaper than buying a whole bottom end, and the NA and blown cranks are the same.”

The Holset turbo was bought using Australian Universal Currency: “It cost me a box of beer,” Josh laughed. “Everything else on this is budget, too.” 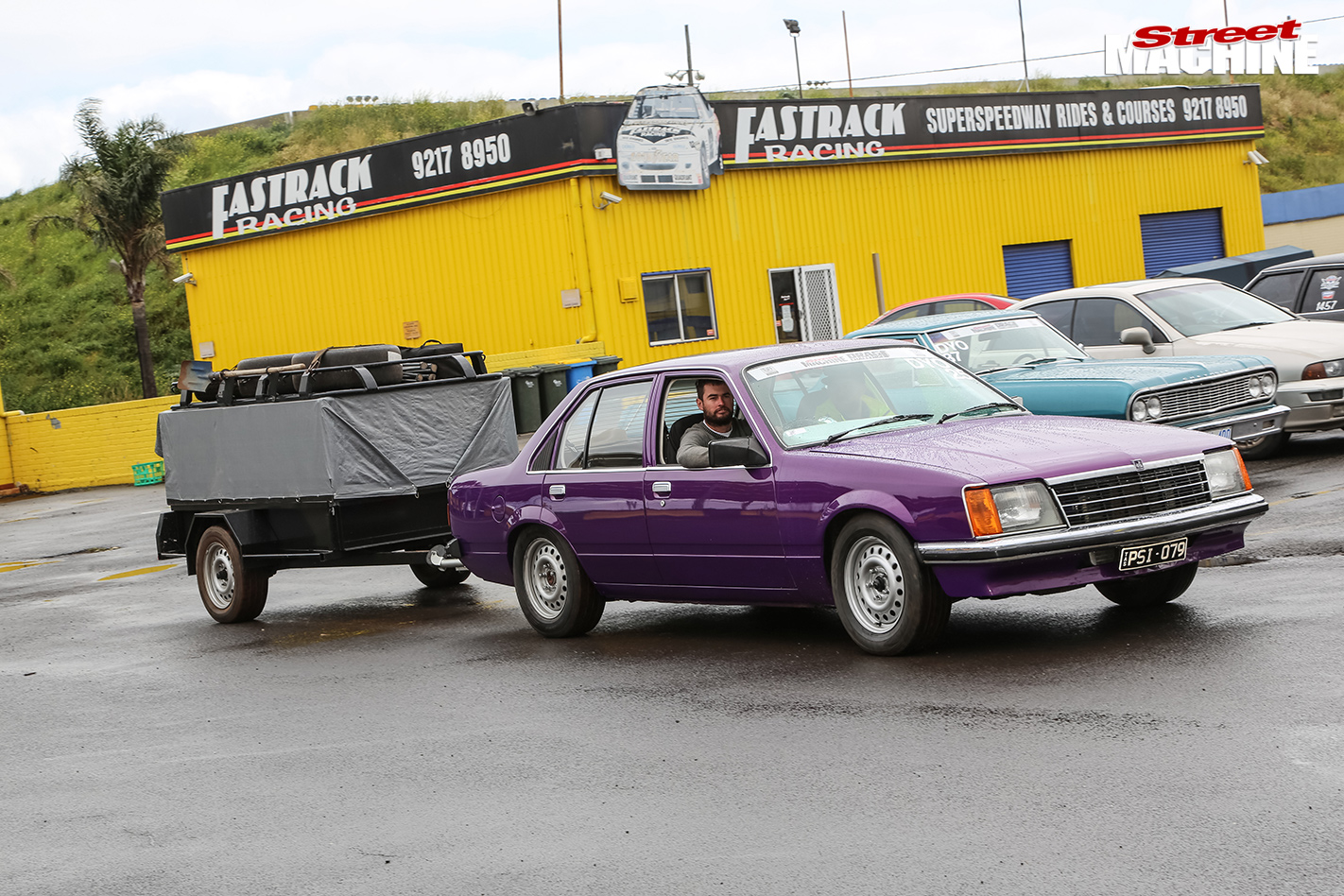 Josh pointed out the lack of a fancy fabricated intake for his turbo conversion – instead, the factory-standard 3.8-litre Ecotec V6 intake manifold was reversed to suit the DIY polished-pipe intake plumbing and intercooler across the front of the car.

Behind the Ecotec is a built two-speed Powerglide and a BorgWarner diff from a later VL Commodore and with a tightened LSD, between a set of cop-spec steelies. The management is an older Haltech, and Josh spent some time at Drag Challenge playing with the tune.

The car dipped into the 10s – 10.99 at Heathcote on Day Two of Drag Challenge, from the 11.3 timeslip Josh handed in at Calder Park on the first day. At Swan Hill’s terrific new track the car ran 10.46@128mph, and Josh finished his Drag Challenge week with a 10.47 at Calder Park, where he had to back off due to a lean condition. 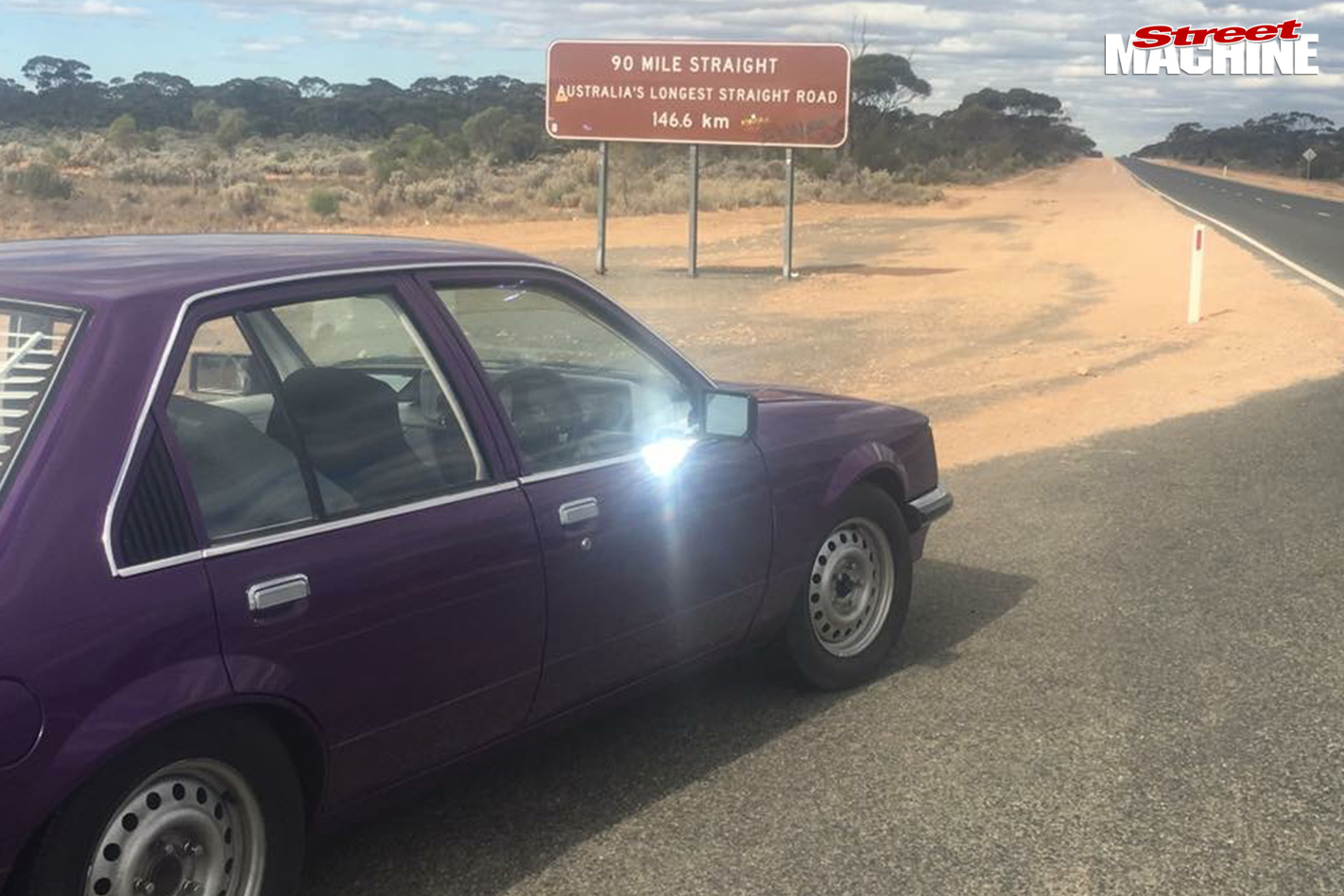 “When I got home I found a blocked fuel filter,” Josh explained. “I didn’t know why at the time – but I had to get off the pedal at Calder. I was planning to wind in some extra boost, but it was leaning out and because I had to drive the car home, I couldn’t risk it.

“I think I was down the bottom there somewhere!” he said of his official result in the DYO class. “But do I care? No! It was more about getting through the week and having a good time. It was awesome – we enjoyed it, we loved it.”

With the car in one piece after participating in Drag Challenge, Josh continued on the WA-to-Tassie holiday.

“After Calder, I went up to Castlemaine for a night with my grandparents – I haven’t seen them for 12 months – and then drove back to Melbourne and caught the Spirit Of Tasmania home.” 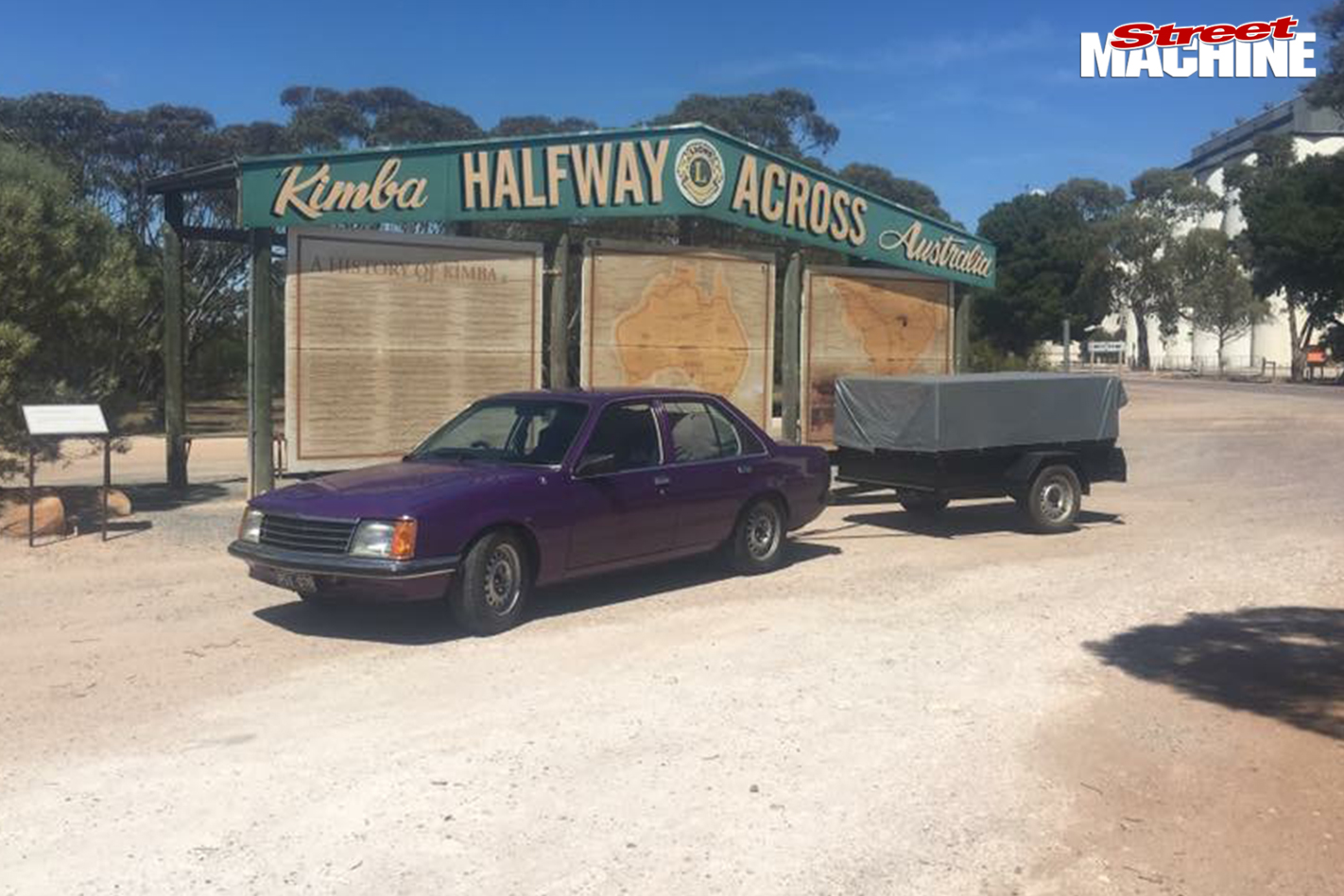 He’ll be back next year to go quicker, faster and more consistently.

“Turbo cars aren’t as easy to launch as the big naturally aspirated V8s,” he said. “There’s a fine line between too much and too little boost, which does affect consistency.

“There’s more to it that just a light going green!”