OUR new pair of 235 radial classes for Drag Challenge Weekend in Queensland (3-6 May) are already attracting an interesting crop of new entrants, including Michael Silk’s Datsun 1200 wagon.

Running in the Tuff Mounts 235 Radial Aspirated class for DCW 2019, Michael’s little Datsun wagon has already proven its mettle on the strip, being the first four-cylinder in Australia to run in the eights on a radial. Granted, 6boost’s Kyle Hopf took the record back off of him in the same meeting, but as Michael puts it: “He may have taken the record 20 minutes later, but I was still the first to do it [laughs].” 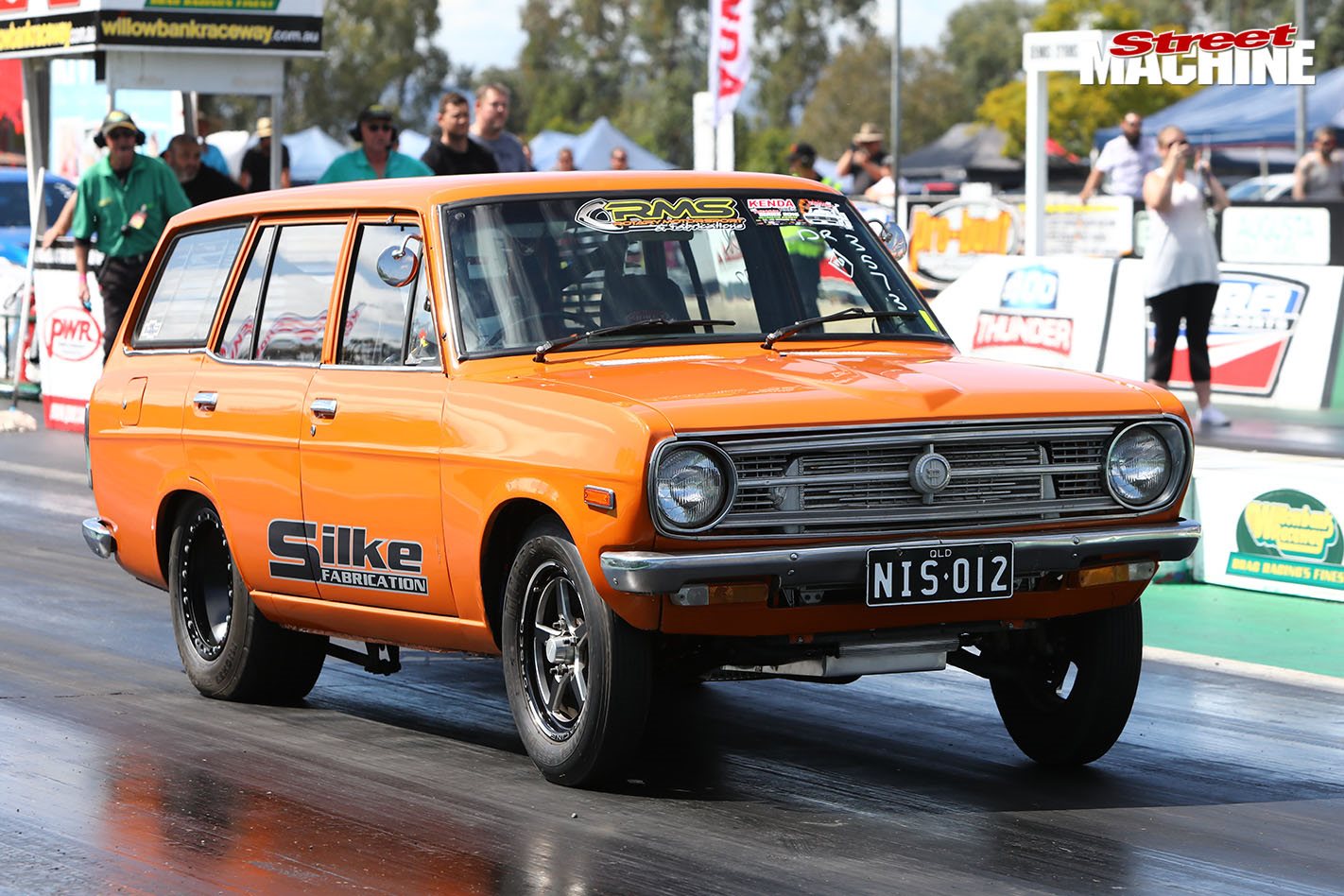 The little wagon consistently runs in the high eights, often pulling spectacular wheelstands in the process. It’s packing an SR20 stroked out to 2.2 litres, fitted with head studs and a pair of aftermarket solid-roller cams and oversized valves, plus a whole bunch of other fruit. The little Nissan donk boasts 590rwhp, running in excess of 38psi through the Garrett GTX45 hairdryer. Despite those impressive numbers, Michael obviously thinks there’s still a bit more left in it: “It’s going in for a new tune soon, and we might even push it up to 45psi depending on what the tuner says.” 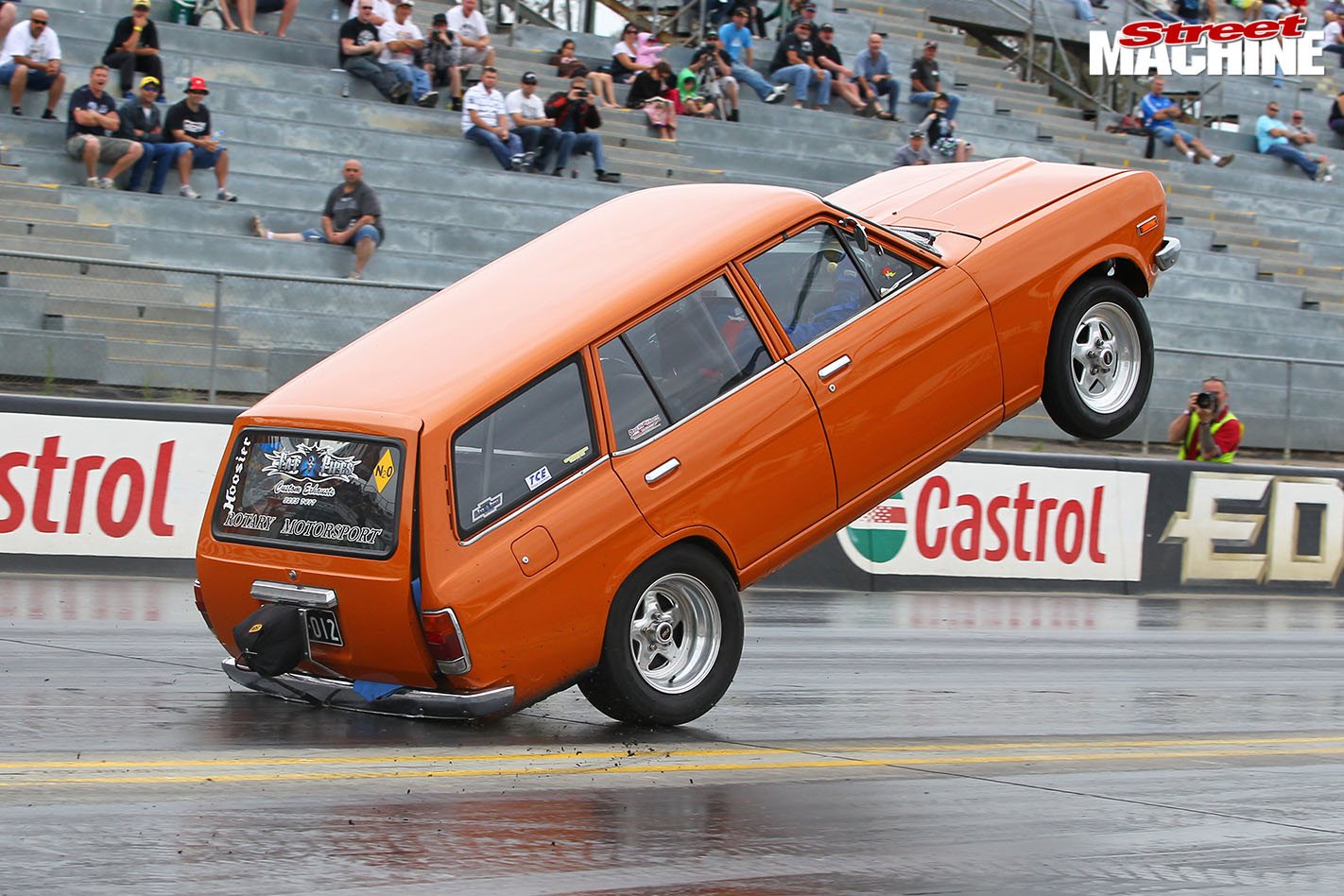 Up behind the meaty SR is a trans-braked two-speed Powerglide, with an SDE 6100rpm stall converter. The rear end was pillaged from a HiLux, using the factory Nissan leaf springs and a recent change from 3.5:1 to 3.7:1 gears. “I’ve put heaps of time and money into trying to stop it wheelie-ing, but because of where the fuel tank is in a wagon and the light front end, it just keeps doing it,” Michael says.

Michael’s hopes for Drag Challenge Weekend are simply to have fun and be competitive, and we suspect there may be a bit of friendly rivalry between him and good mate Kristian Goleby in his Corolla wagon. 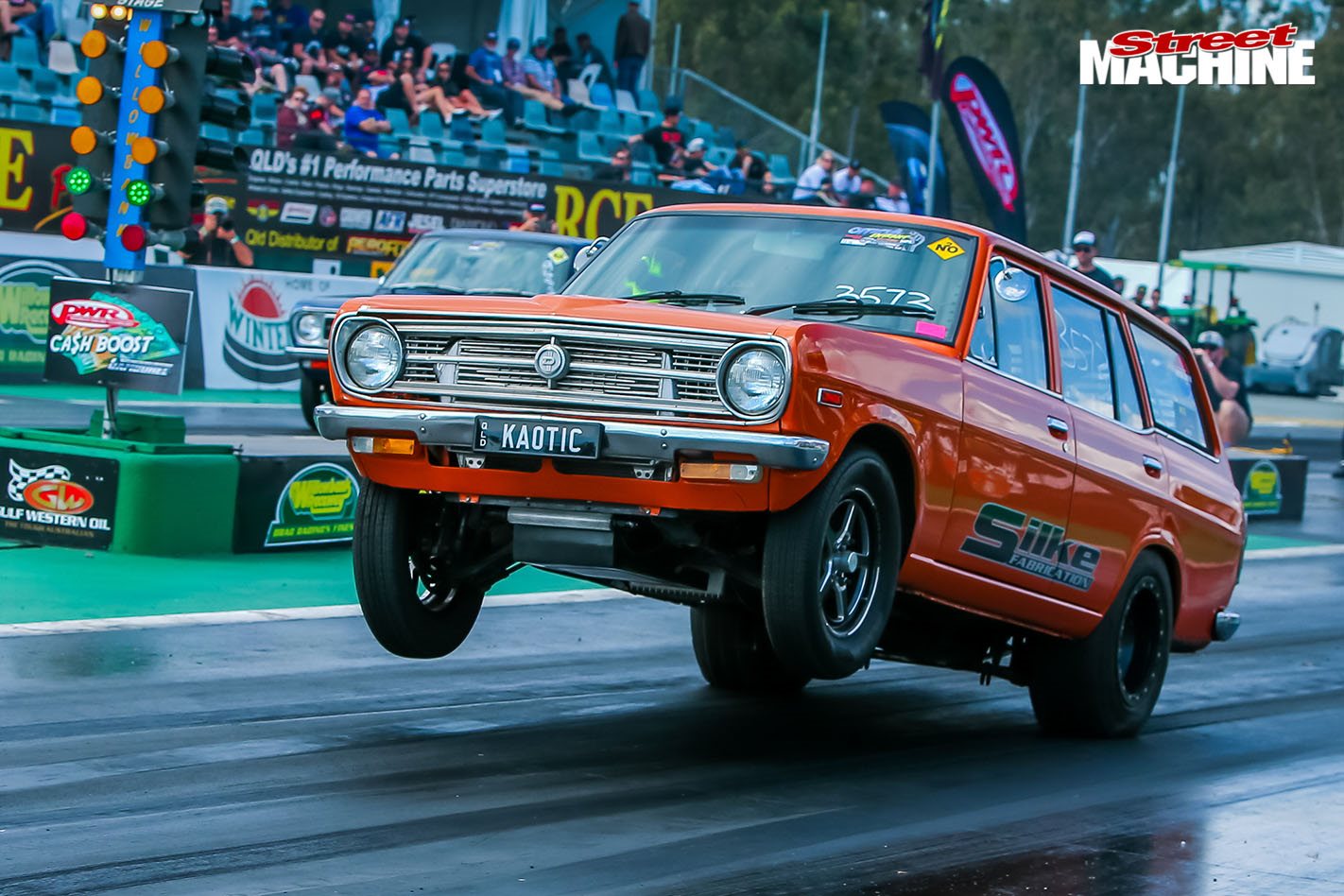 “I haven’t had a chance to do other Drag Challenge events due to either the car being broken or other stuff getting in the way, so I’m just looking forward to getting to do it and having a good time.”