IF YOU saw or heard Vince Stigliano’s 1970 fastback Mustang, you’d never guess it was an eight-second streeter. Aside from the Convo Pros, it looks basically stock and it idles quiet. What gives? If a bright red Mustang could be stealthy, this is it. 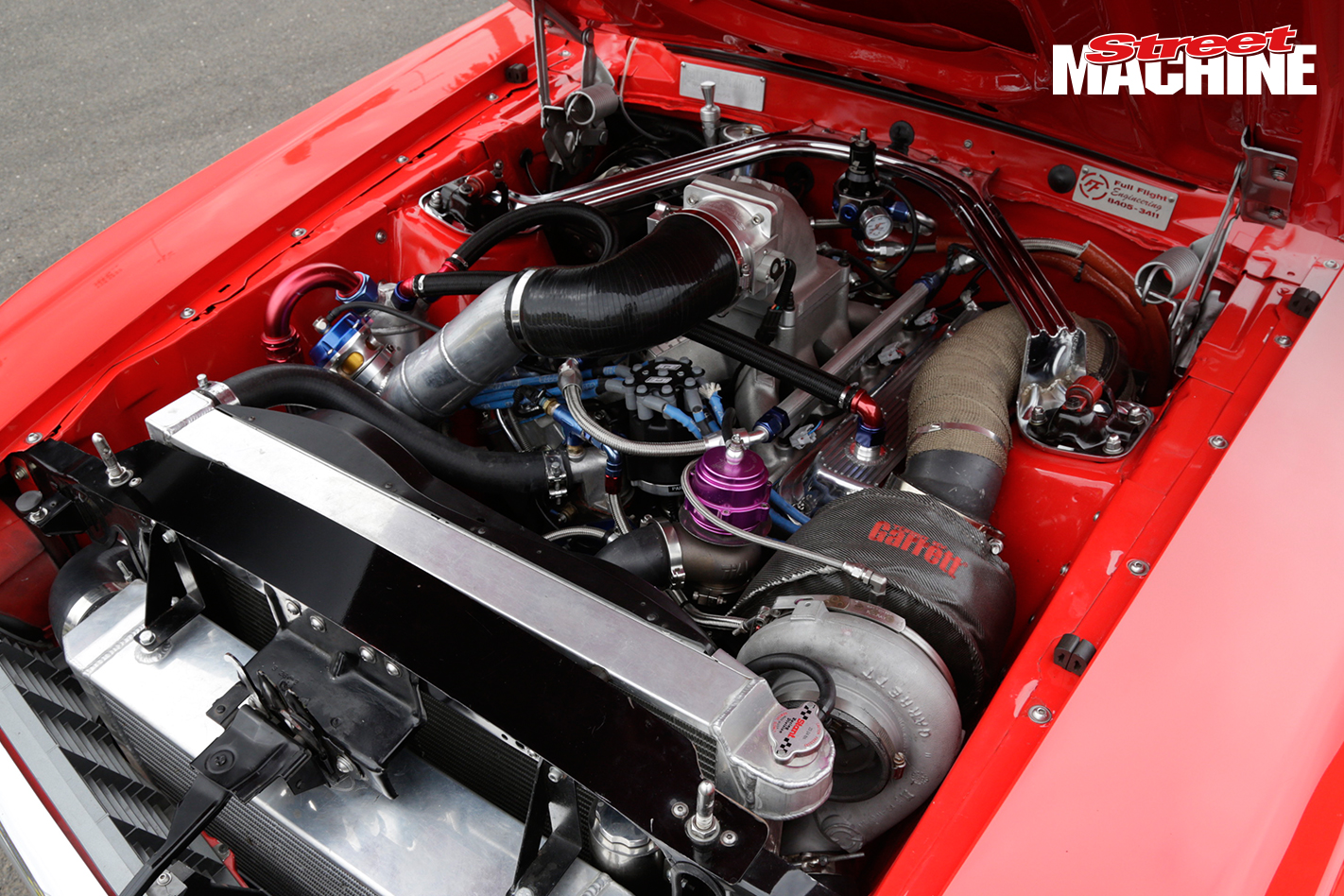 Under the bonnet Vince has a 393-cube Cleveland motor boosted by a big Garrett GTX42 turbo – a set-up that’s good for 843rwhp. “It’s been through a few different turbo set-ups,” Vince explained. “It went mid-nines with a basic truck turbo and a blow-through carby, but of course I wanted more, so we went EFI with the more serious Garrett GTX42.” 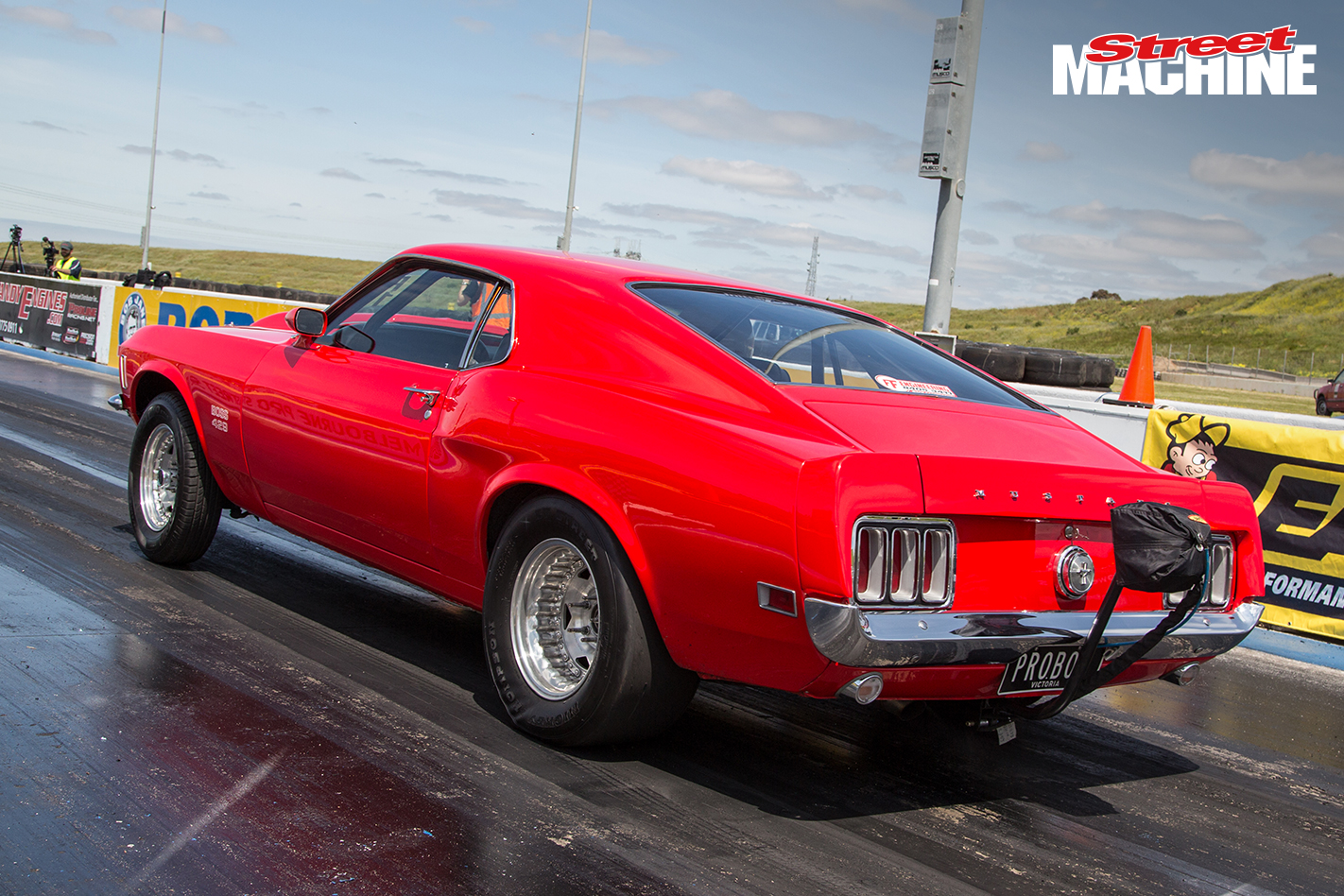 The rest of the set-up includes a Rossler TH400 and a nine-inch diff with a Strange 3.5 centre suspended by a set of CalTracs.

The week before Street Machine Drag Challenge, Vince had the car out at Calder for some testing and it went 9.3@152mph on a measly 13psi, so he was confident he could achieve his goal of eights at every track with a bit more boost. 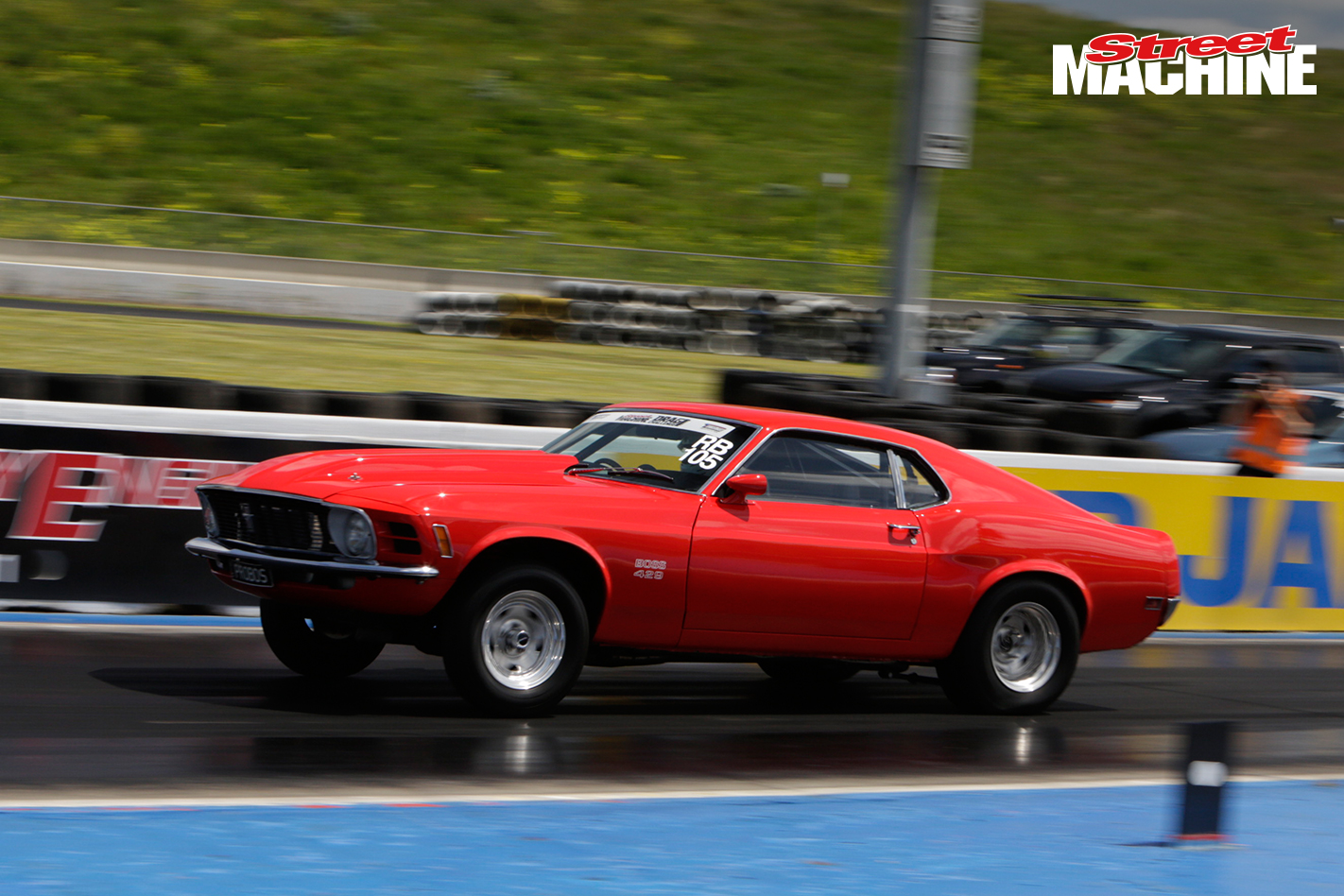 But disaster struck before the car even crossed the finish line. “We torched cylinder four on the driver’s side,” Vince explained. “The manifold on that side was super-tight with the steering gear, so I think it just overheated and we did some damage.” 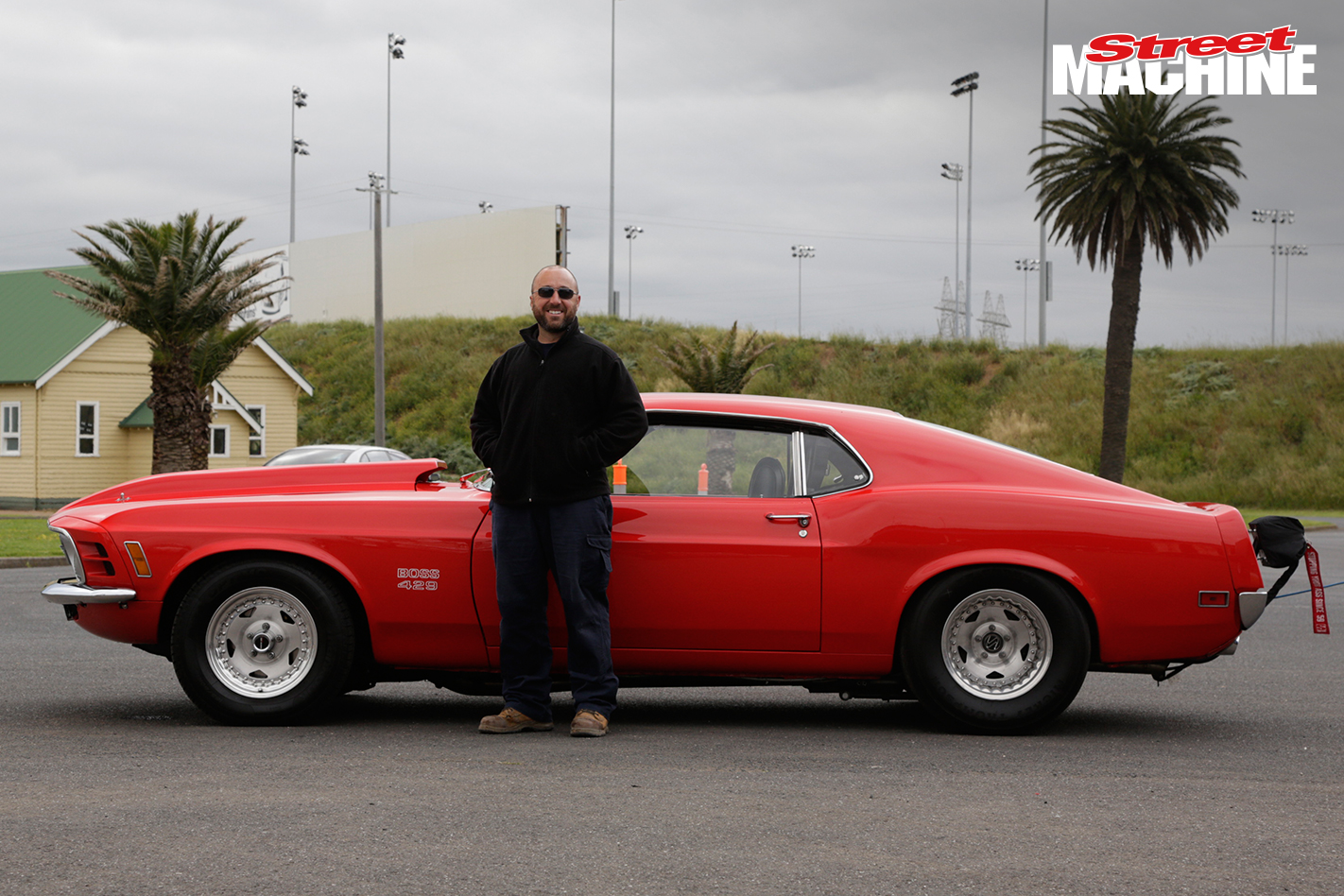 Spewing to be out of the race on the first day, but still happy to have run an eight, Vince reckoned he’ll be back next year bigger and better.

“I still want to keep the standard Clevo block with the GTX42 and just see how deep into the eights we can go,” he said.