MATT Lampard’s LUMPER HZ Kingswood has become a Street Machine Drag Challenge regular over the past few years, completing the event in 2016 and 2017 with a single-turbo LS combo. The car was as reliable as you’d like, consistent as a clock and a genuine nine-second, drive-anywhere streeter. But Matt pulled it all apart and started from scratch for this year’s Drag Challenge. 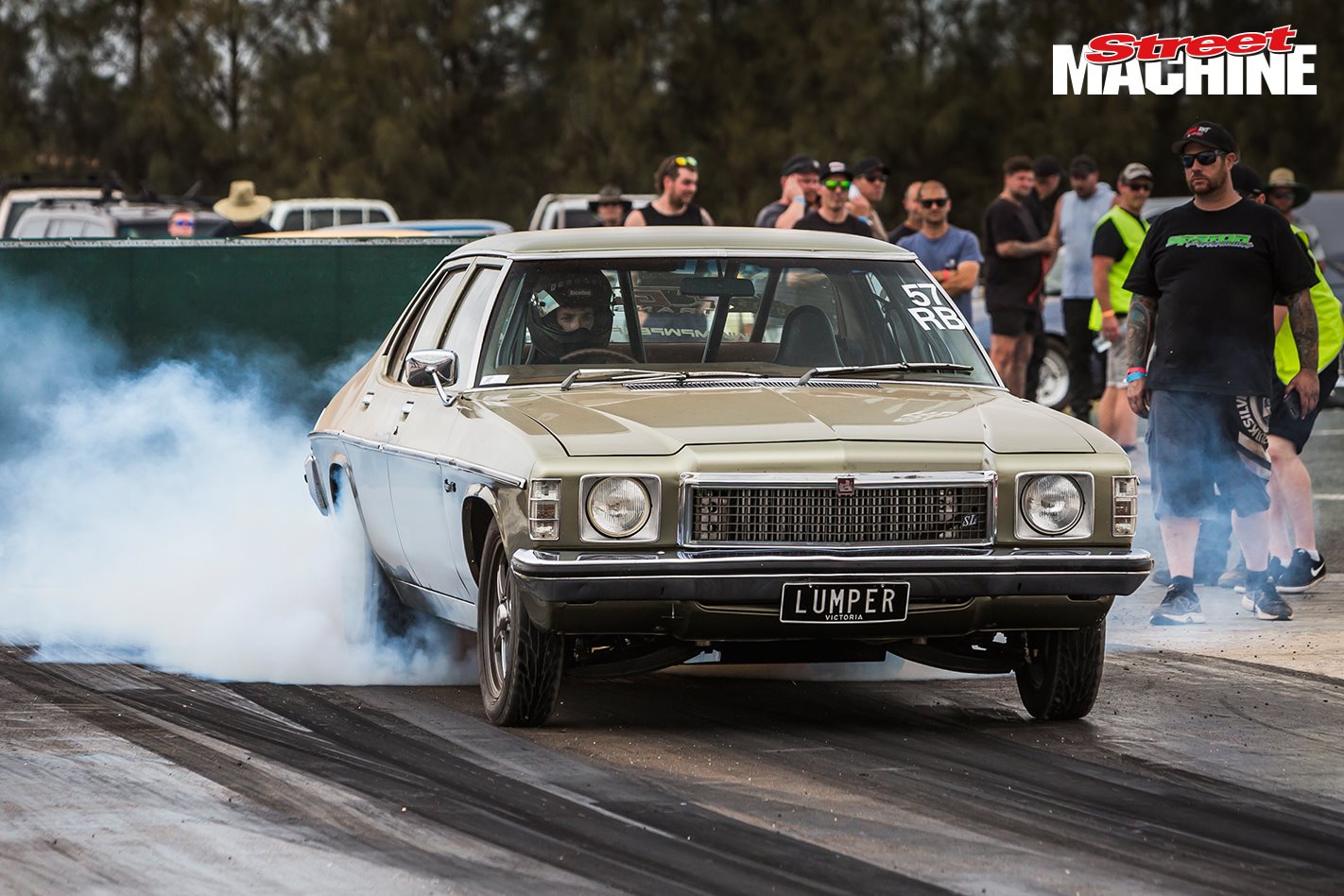 The old alloy 6.0-litre LS was swapped out for a brand-new Dart six-bolt 427ci LS with all the fruit, including JE pistons, billet rods and a Dart forged crank. Up top, the motor rocks a pair of LSX heads and a billet Plazmaman intake manifold with 16 2200cc injectors. The single-turbo kit was sold off to fund a pair of BorgWarner SXE64/65s, and Matt and his mates fabbed up brand-new exhaust manifolds and turbo plumbing with a unique split radiator. 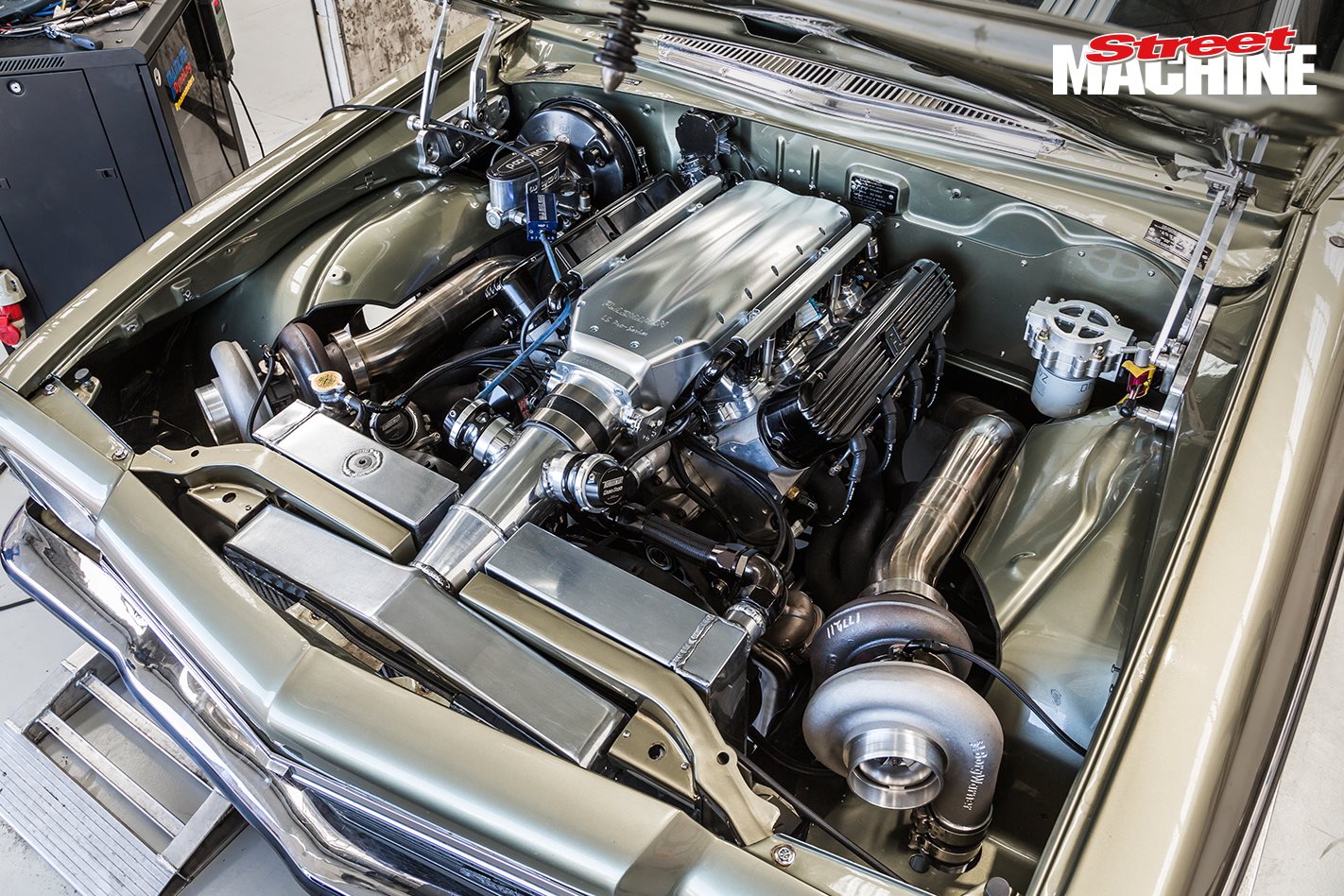 The old Powerglide was swapped out for a Reid-cased item, and the nine-inch rear end was significantly upgraded with a full-floater and 35-spline axles. The HZ was also rewired with a Holley EFI computer. While it looks the same on the outside, under the skin this is a whole new car. 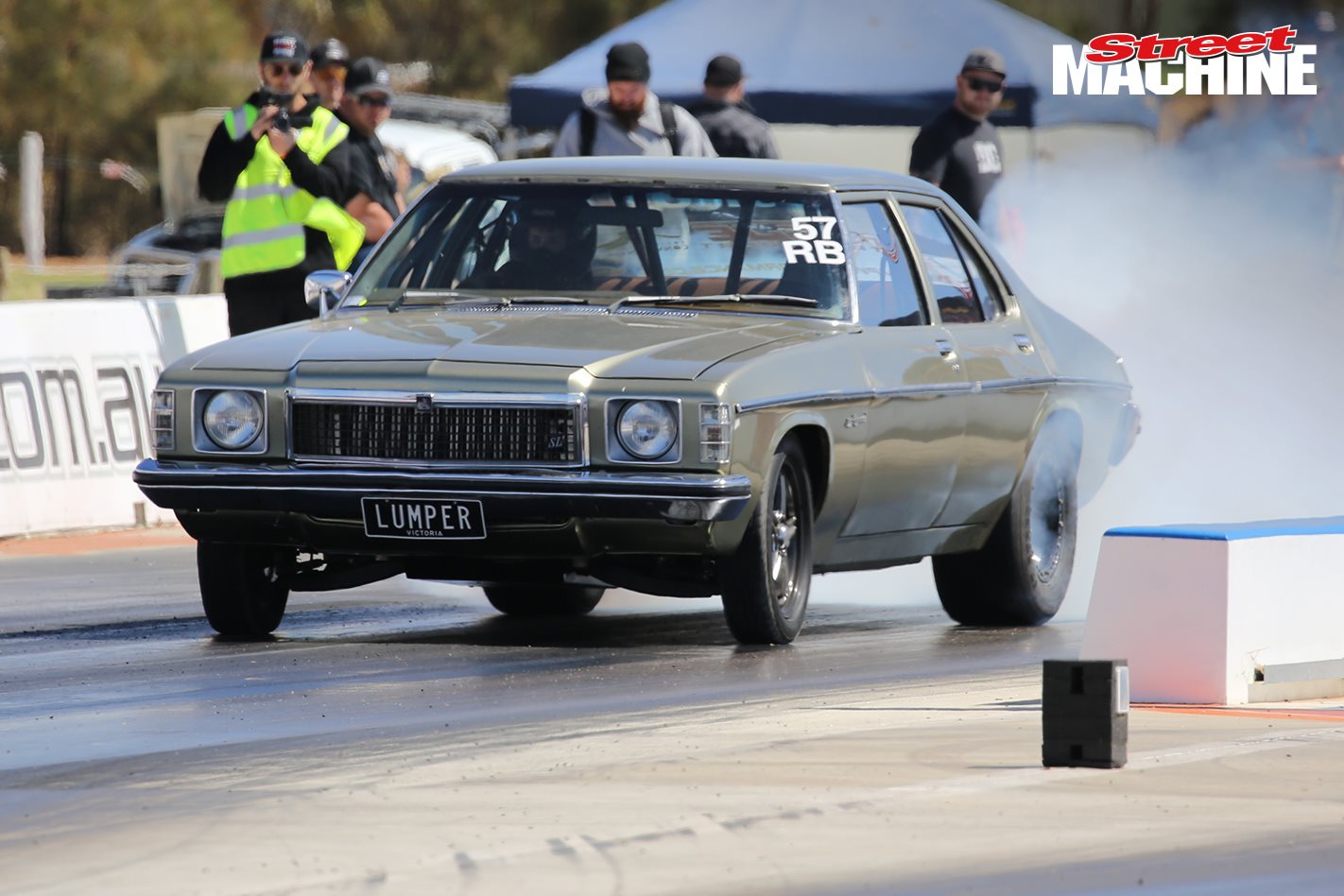 Leading up to Drag Challenge 2018, LUMPER made over 1000rwkW on the dyno at MPW Performance with tuner Adam Rogash at the keyboard, and ran 8.4@162mph at Heathcote Park Raceway. Then it was off to DC. 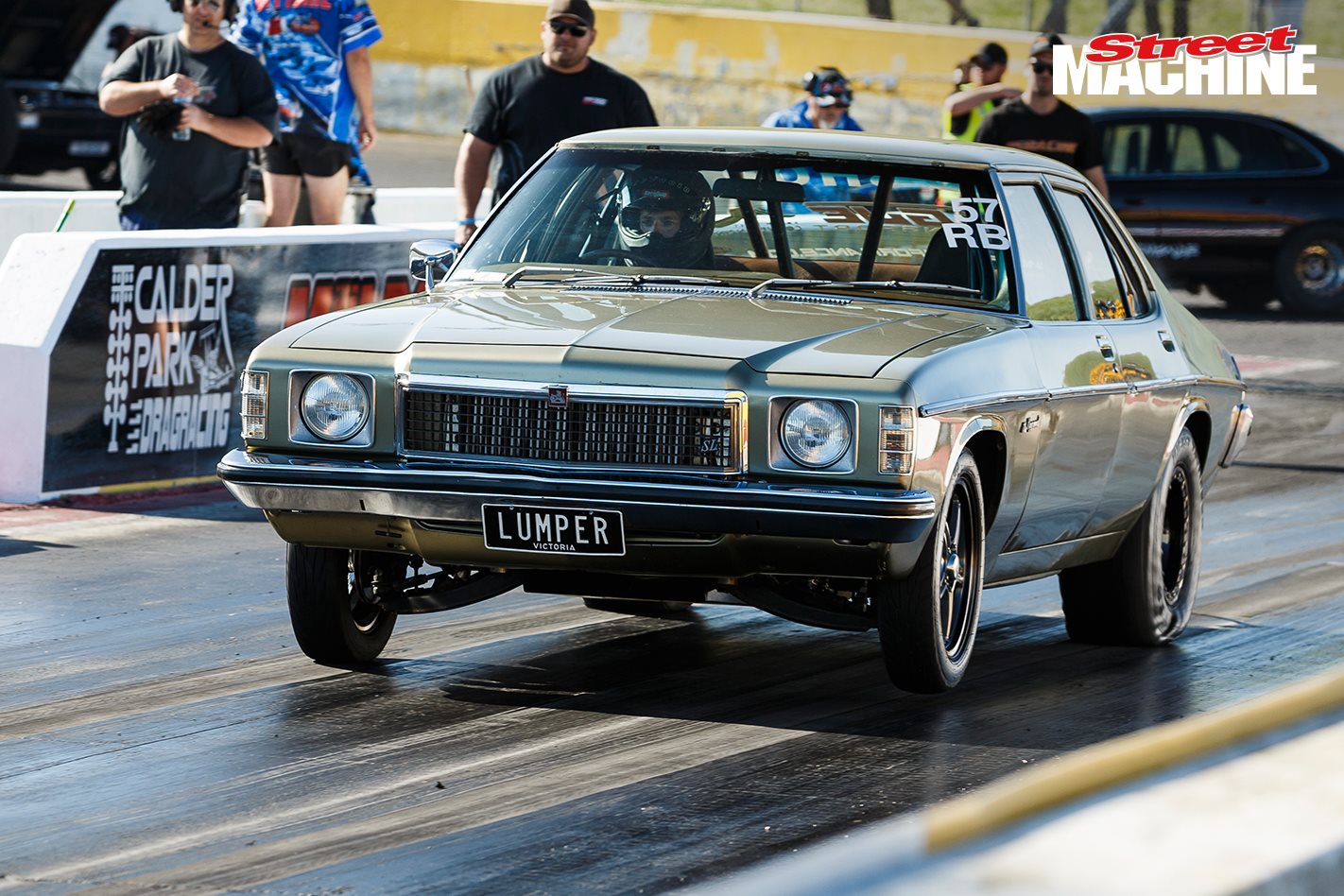 On Day One at Calder Park Raceway, Matty hot-lapped the thing all day and eventually handed in a timeslip reading 7.21@152mph over the 1000ft, before making the trek to Swan Hill for Day Two. Keen to run a number, Matt put the tune on kill and again made pass after pass all day, eventually squeezing out a new PB of 8.37@167mph over the quarter.

At Mildura’s eight-mile on Day Three, LUMPER laid down a 5.43@132mph. Back at Swan Hill on Day Four, Matt probably ran more passes than any other competitor, again trying to run a PB on the full quarter-mile. After more than five runs, Matt handed in an 8.31@167mph. 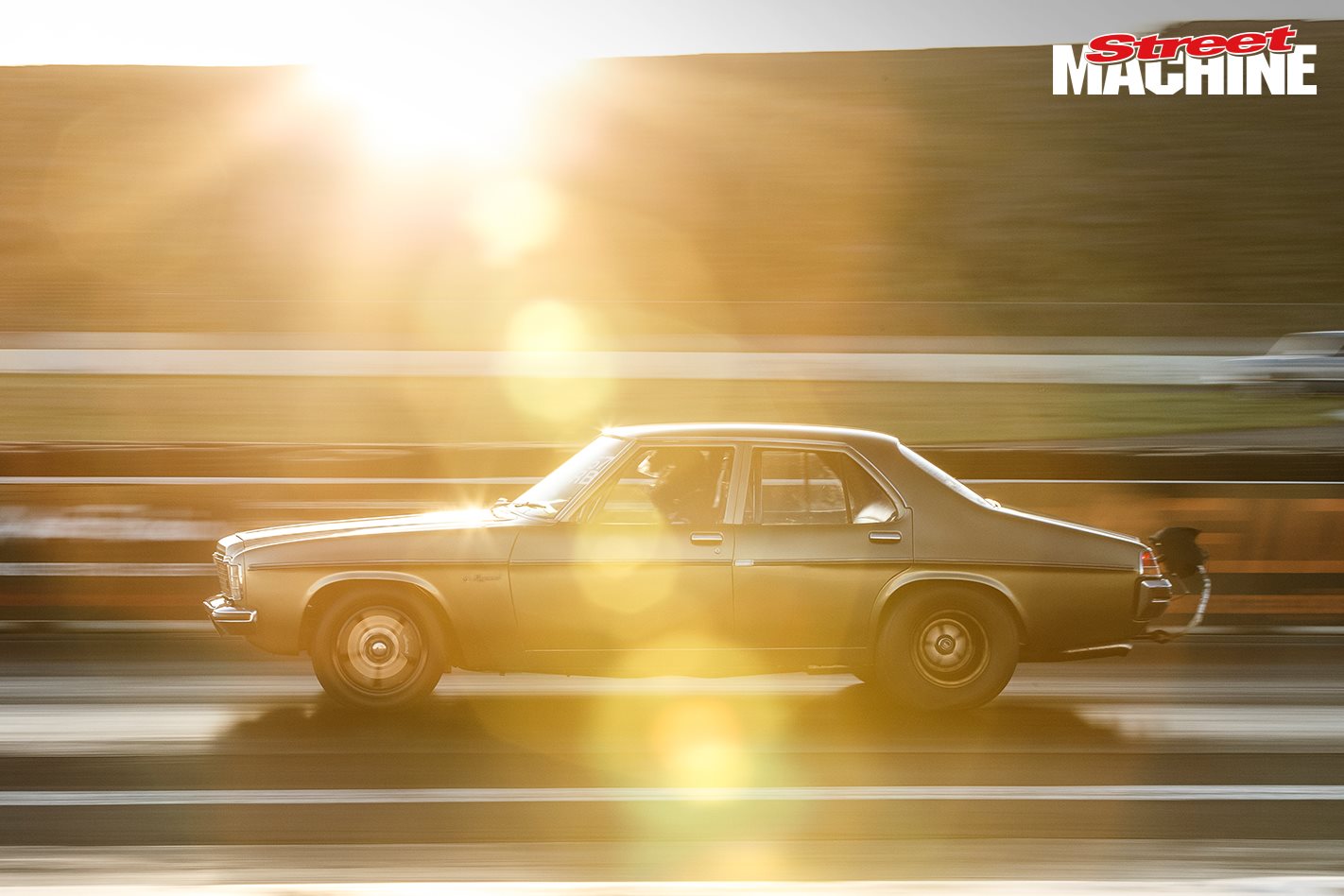 At Calder Park on the final day, Matt ran into his first ‘drama’ for the week. LUMPER’s front brakes were absolutely cooked from countless 150+mph stops since it was built in 2016. “I don’t pull the parachute, because it’s a pain to pack back up again,” Matt laughed. Fortunately his missus Sheree was able to deliver a new pair of Wilwood discs to Calder and the boys fitted them up in the pits before hitting the track. 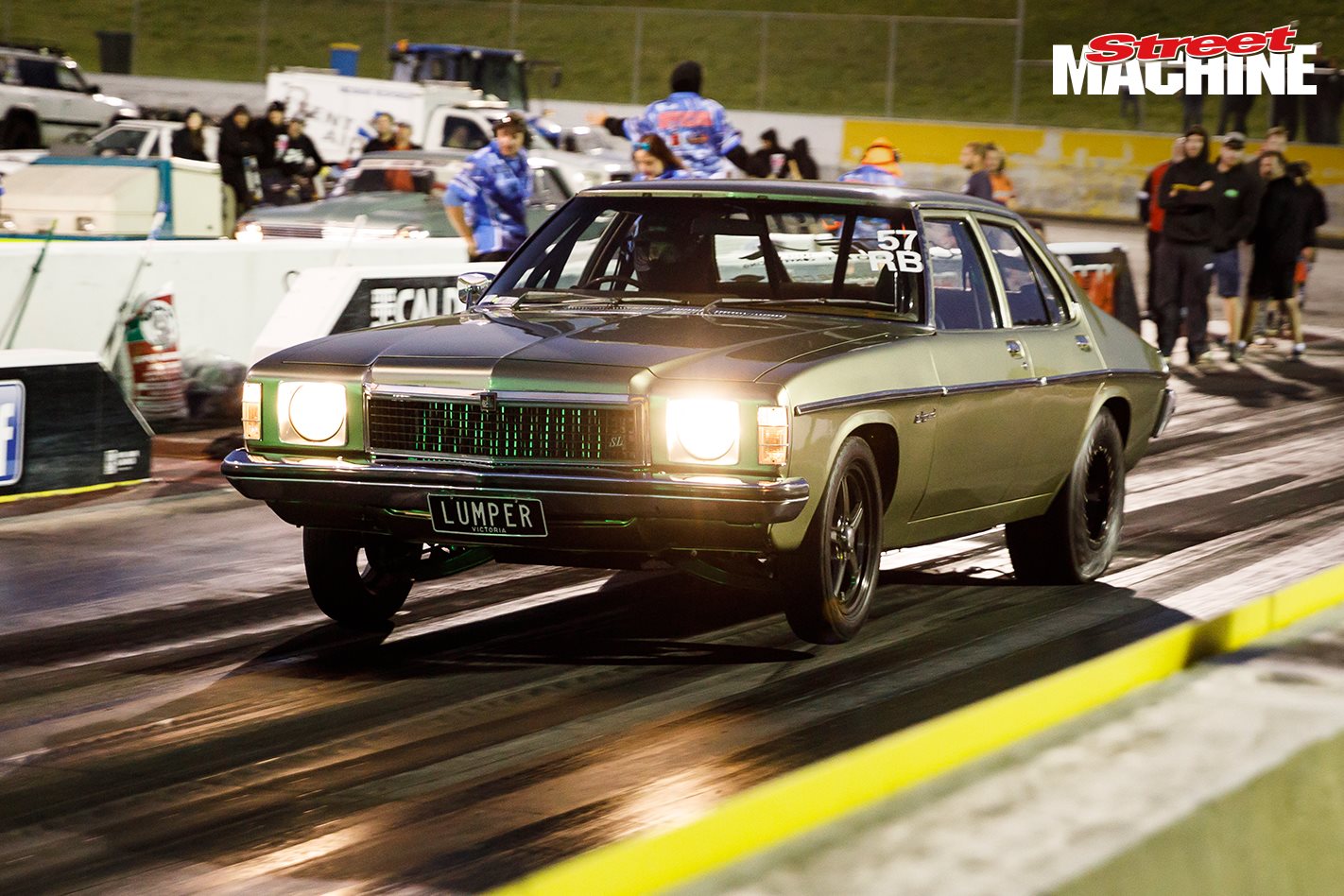 In the cool evening air, Matty sent it for a 7.10@152mph in the 1000ft, which was enough to claim fourth position in the Haltech Radial Blown class and sixth overall.