AT Street Machine Drag Challenge 2018, it came down to the wire between two of the most unlikely of foes – Frank Marchese and Harry Haig. Shepparton mad man Harry has been at every Drag Challenge event since the first but has had shocking luck for most of them and failed to finish the last two years. Last year gearbox troubles put him out and the year before the motor ceased just before arriving at Calder Park for the final day’s racing. This year all he wanted was to complete the event with his son Corty. 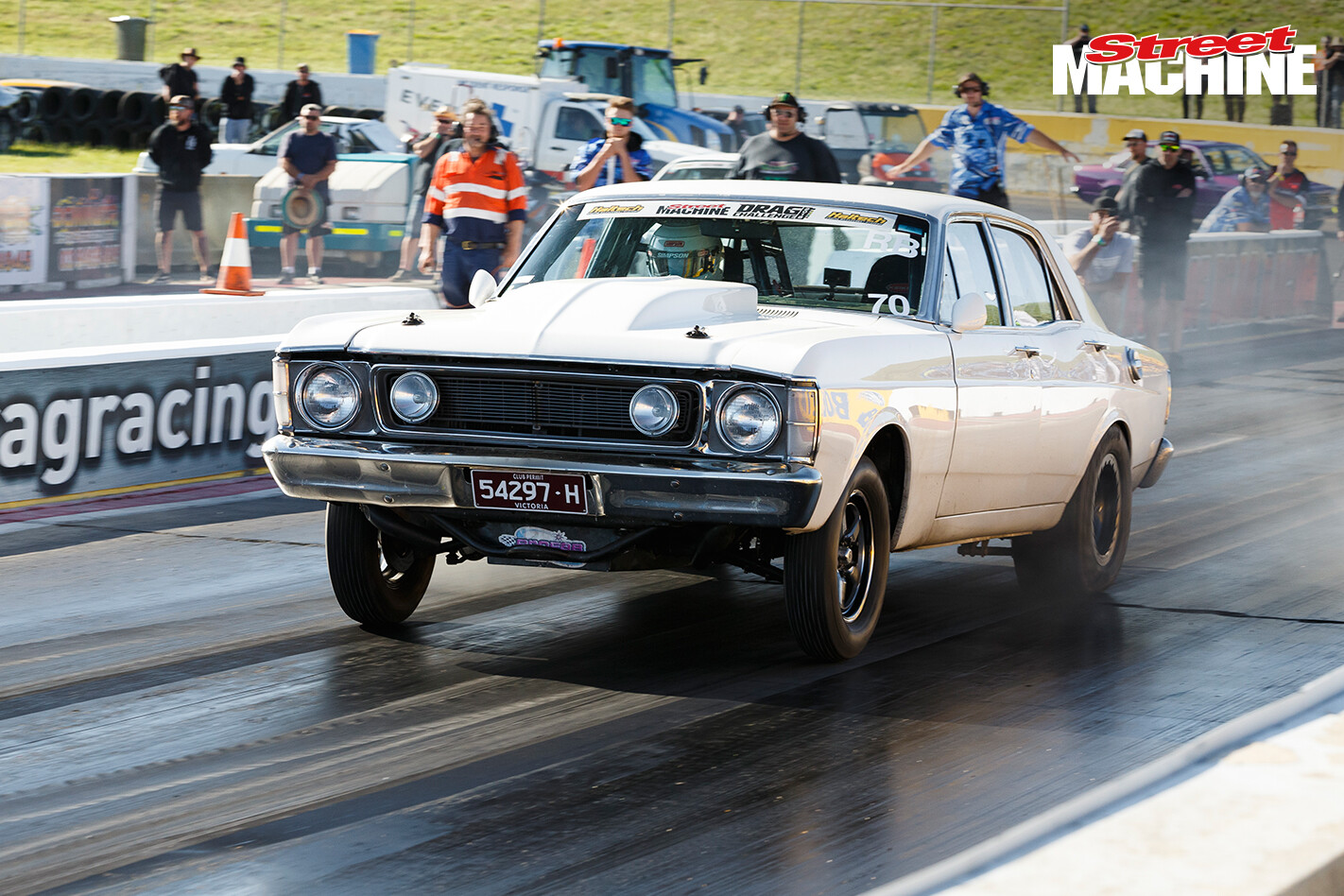 This was Frank’s first ever Drag Challenge event and he did it in his incredible leaf spring 7.00-second XW Falcon. Many have accused the FAIRXW of not being a real street car, and Frank was out to prove the naysayers wrong by completing over 1300km of road driving and finishing Australia’s toughest street car event. He didn’t care where he finished, as long as he broke the beams at Calder on the final day and proved the XW’s worth as a street car. The two battled all the way to Calder Park. Harry lead in his twin-turbo big-block HQ from day dot running mid sixes in the 1000ft at Calder, 7.60s at Swan Hill’s quarter-mile on day two and low fives in the eighth at Mildura. The whole time Frank was only a tenth behind waiting for Harry to slip up. And to be completely honest we were all waiting with breath held for Harry to slip up – having put his car together a week before Drag Challenge something was bound to go wrong! But it didn’t! 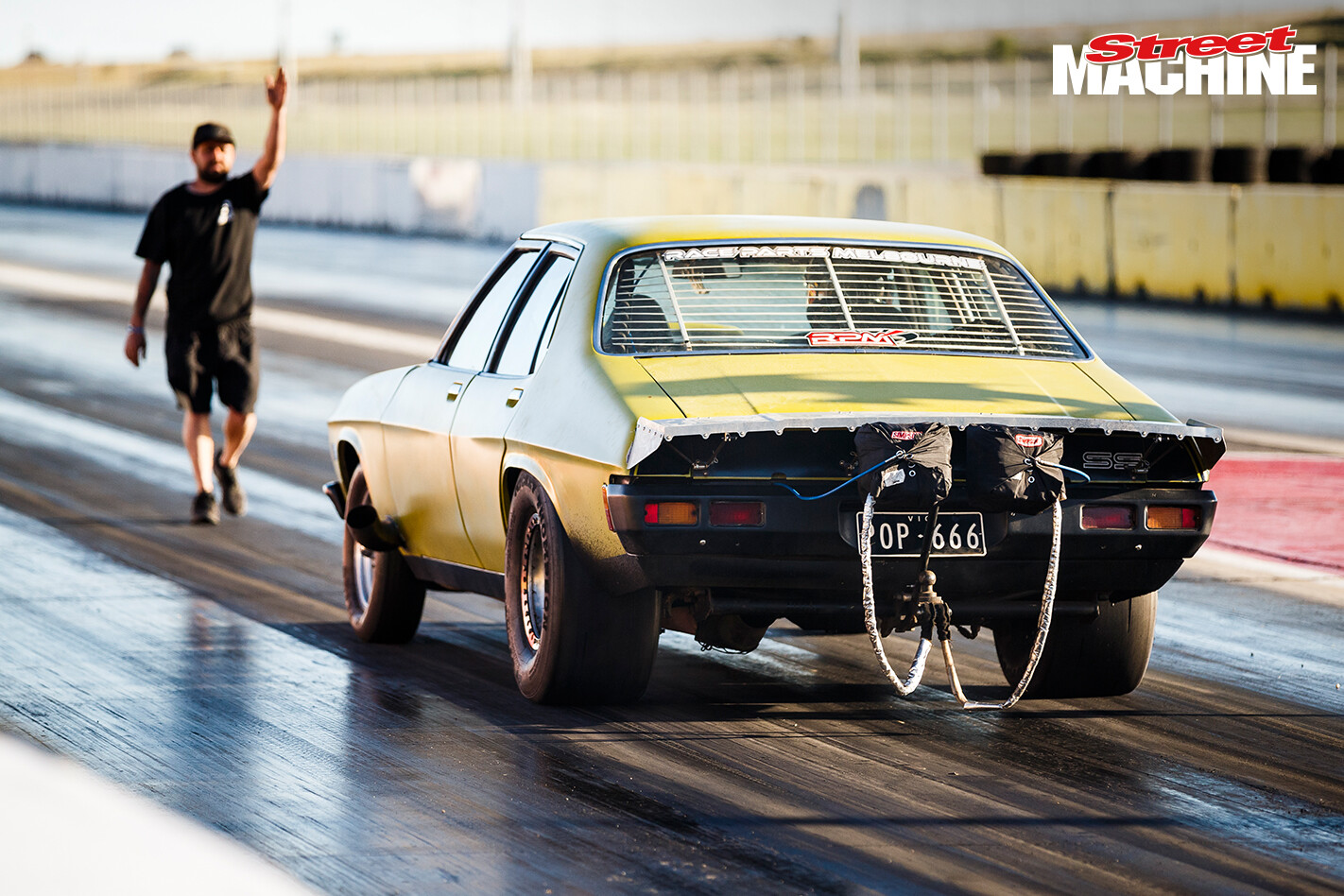 Fast forward to day four at Swan Hill and the HQ reeled off a 7.50 straight off the bat while Frank struggled to lay down a number even close to that. But sure enough, he got a handle on the track late in the day with the temperature at its peak and laid down a barely believable 7.36 @ 192mph – the quickest and fastest pass in Drag Challenge history, which put him in the lead by less than a tenth going into the final day. 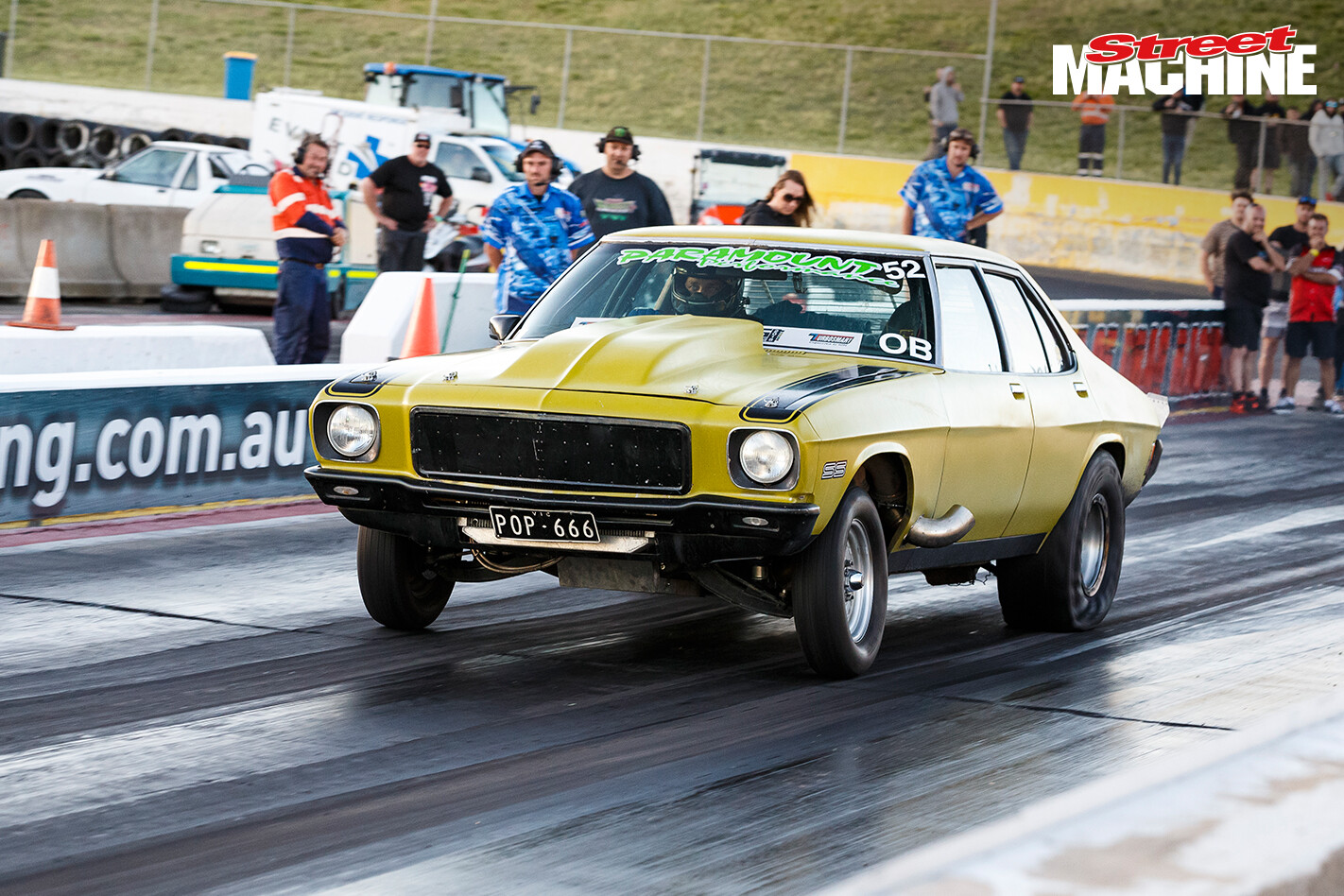 They both achieved their goals of making it back to Calder Park for the final day of racing – and it was on! Harry was first out but struggled with traction on his first couple of runs, then Frank went straight to a 6.41 to extend his lead. Harry didn’t give up and kept lapping until he finally made a pass and snapped the front top control arm which steered the car to the right towards the wall. 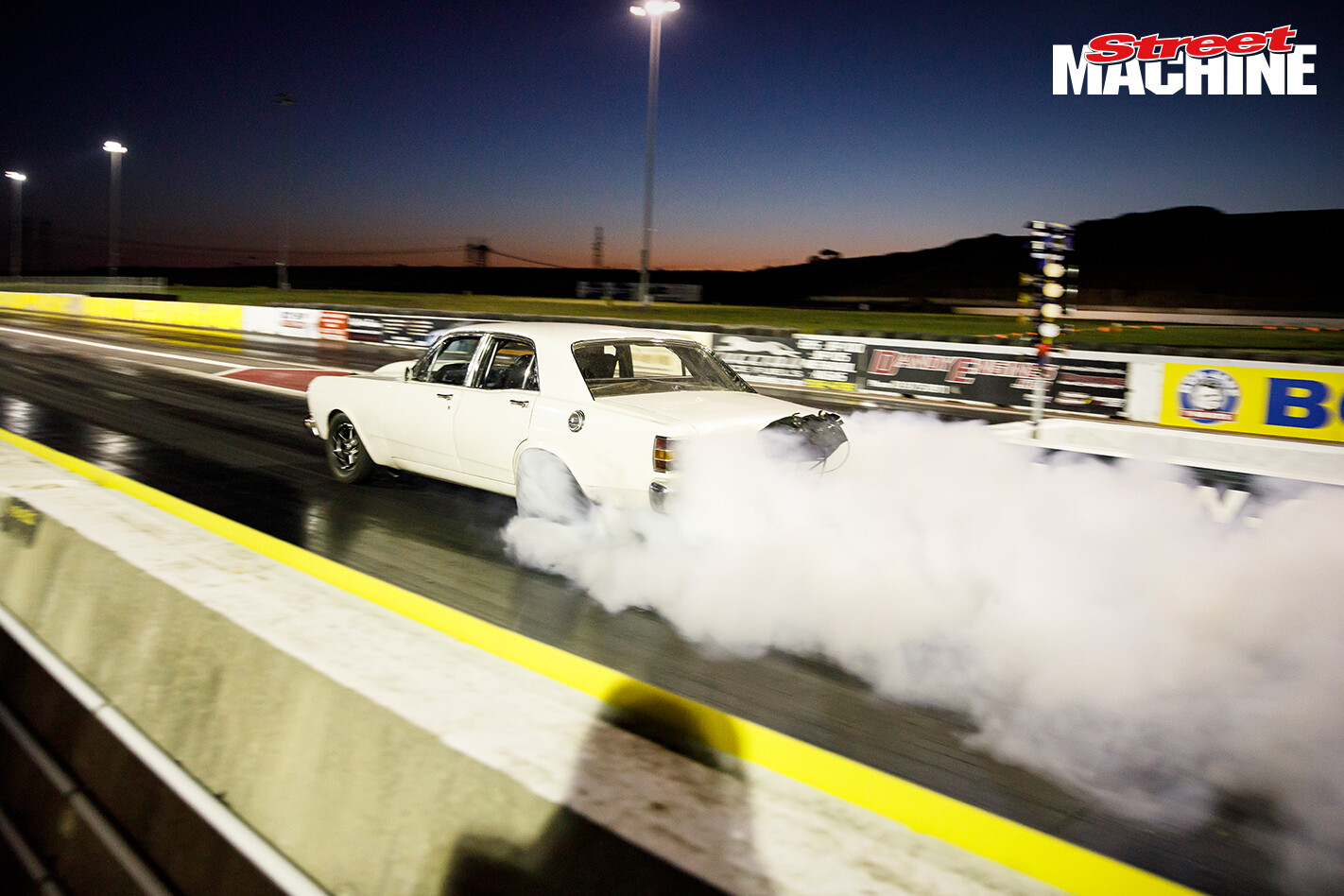 With only a couple of minutes to go Harry wanted to try again until the extent of the damage became apparent. Frank then lined up for a Victor Bray burnout, and finished the event with a 6.37 across the 1000ft to take the win in Haltech Radial Blown and the overall win. Harry didn’t go home empty handed though he took out the class win for Turbosmart Outlaw Blown. Boy was it a close, and exciting battle that we’ll remember for a long time!