YEAH we know what you're thinking, because that was our first response to this GC Valiant Galant too: What's this doing here? Well, with a bit of luck, it'll be doing 11 passes. It has already run a best of 12.83 at 108mph on the first day of Street Machine Drag Challlenge at Calder Park. 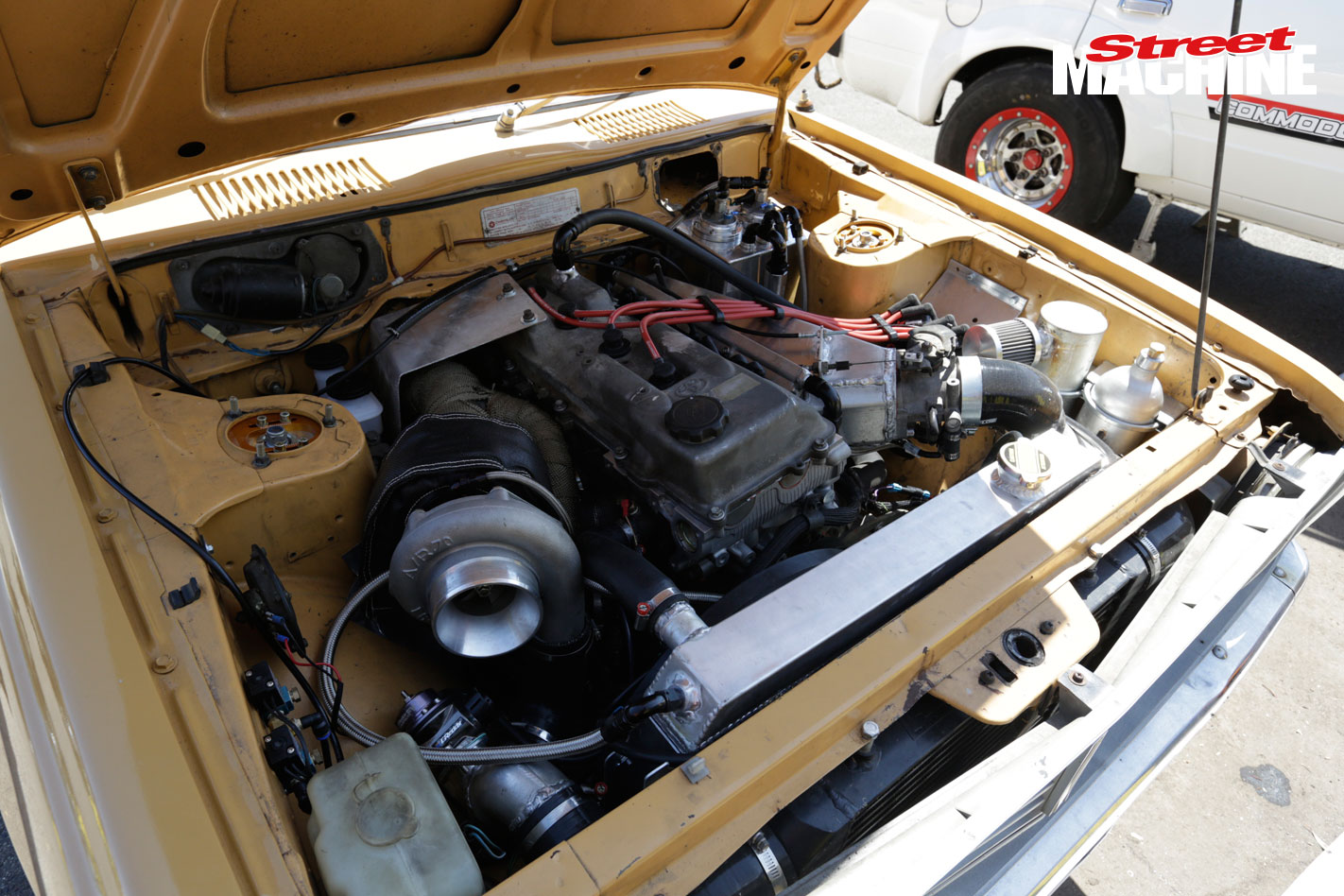 Even more of a surprise than the choice of car is the choice of transplanted engine: there's no V8 Chev, Ford or Holden under the bonnet. You'd take a week of guessing - it's a 2.7-litre 3RZ Toyota four-cylinder engine stripped from a 15 year old Hilux!

It's the work of Toowomberran Ben Kadel, who built this Galant for Street Machine Drag Challenge. It was finished just in time and registered only last Wednesday before being trailered down from Queensland to Calder. 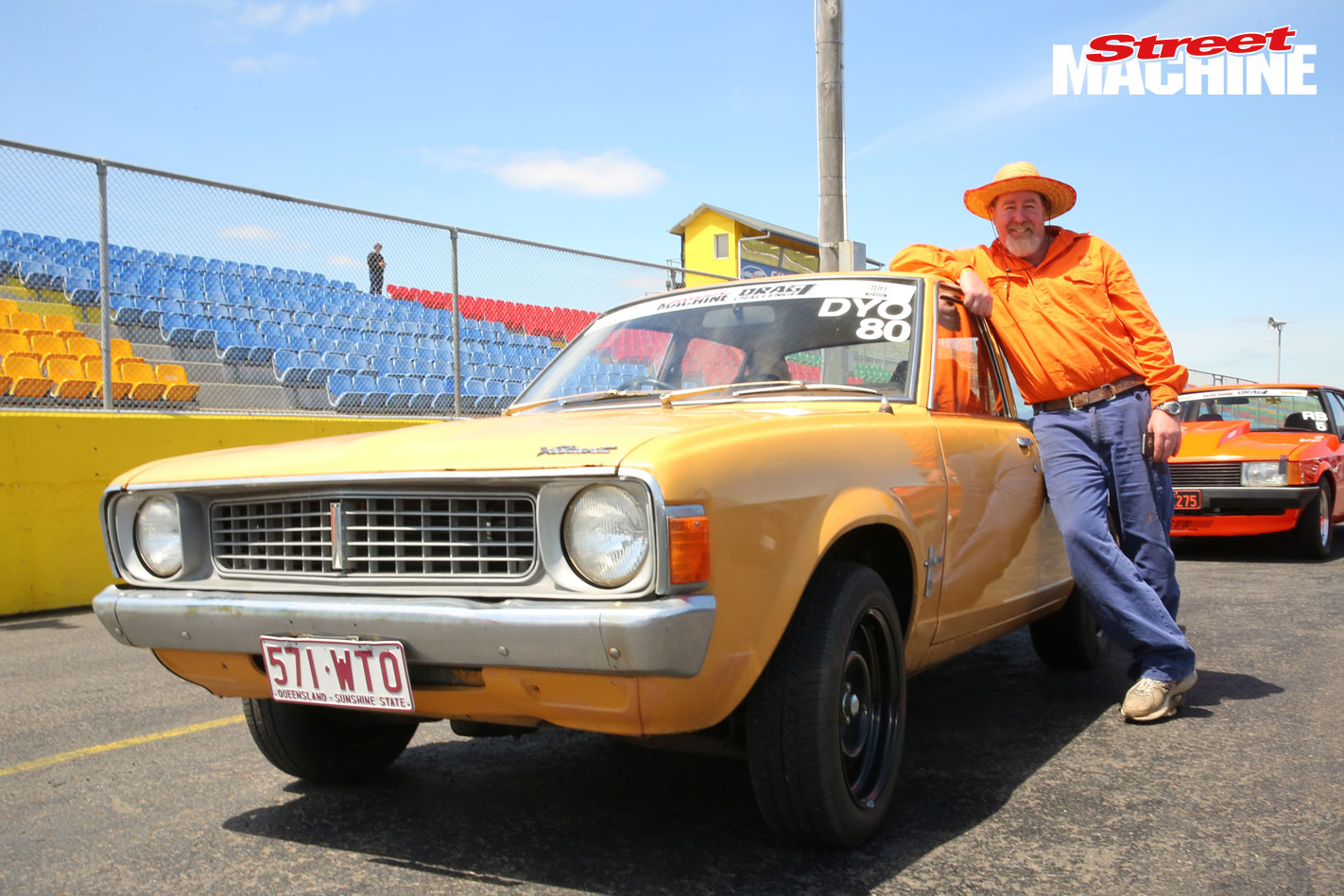 "The intention was to drive it down," admits Ben. "But I didn't quite get it finished in time to be confident of how it would drive. Its 1650km so actually being here at Drag Challenge was more of a priority than driving it here." Fair enough – but as the Drag Challenge rules require, the car must now be driven (carrying all its required tools and equipment) to all the Victorian rural tracks – Heathcote, Mildura and Swan Hill from our Calder Park kick-off, before returning to Calder for Friday night. 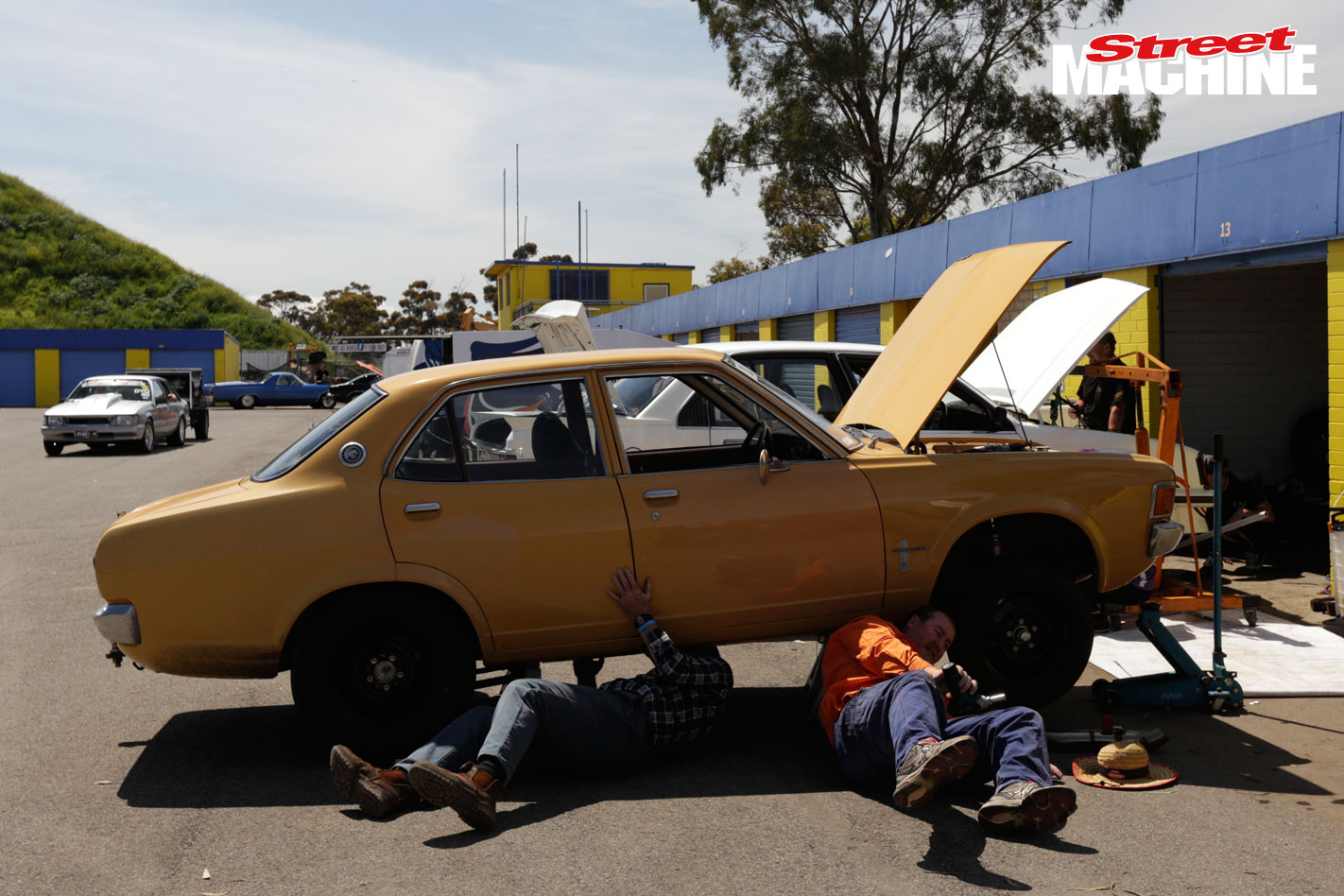 The Galant is in fact Ben's first car. Since being his P-plate ride, his two sisters have learned to drive in it and it sat in a shed for 15 years. "I wanted to do Drag Challenge and I thought it'd be cool to run in my old Galant!" he reckons. 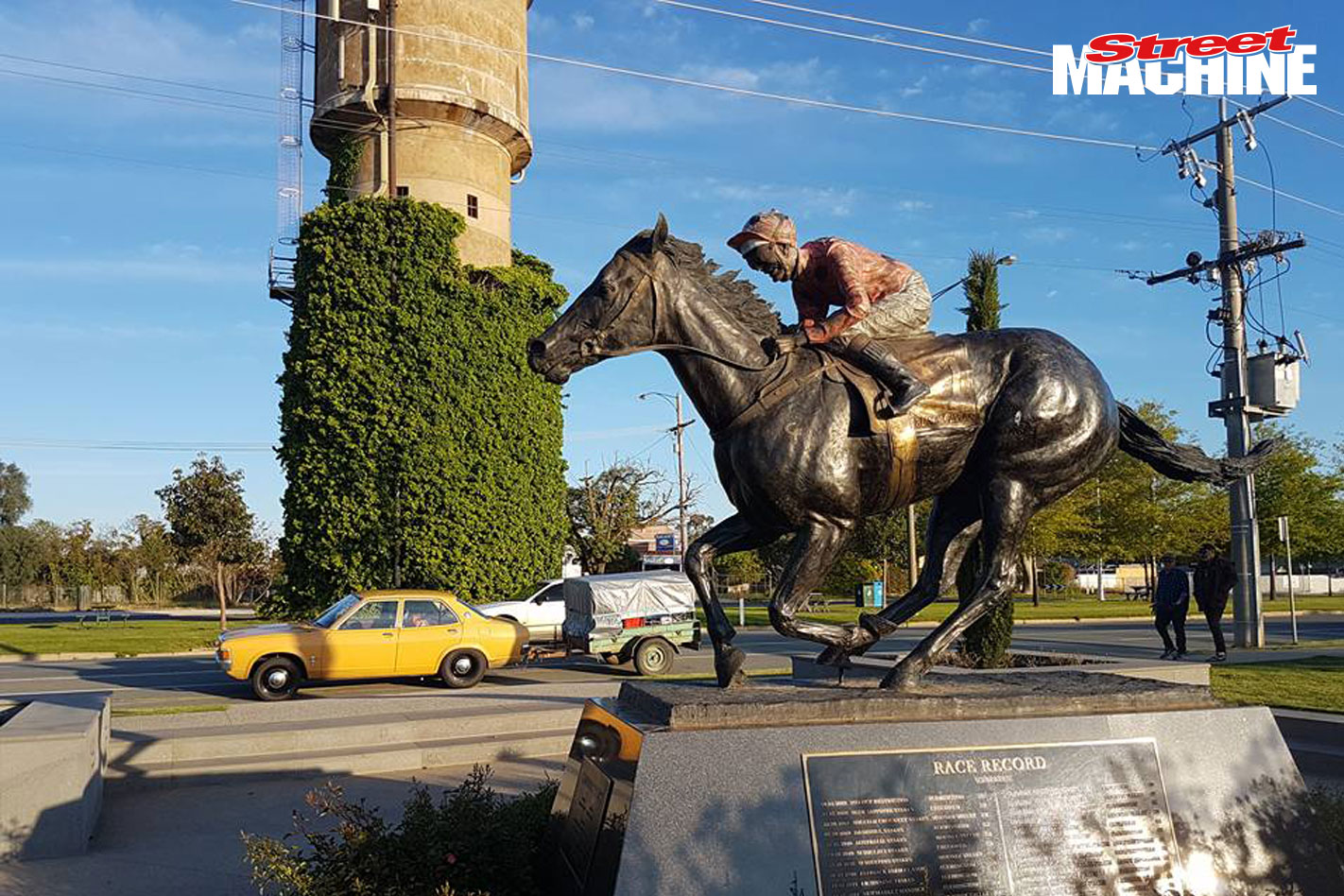 The Hilux motor was chosen as it's the biggest capacity motor legally able to be installed in the originally 1600cc Galant. Now it carries a GT35/82R turbo and fabricated plenum for 350 rear-wheel horses at 18psi boost. And yep, being a Toowoomba car, there was some imput from Drag Challenge legend Terry Seng from Paramount Performance. Behind it is a tweaked Toyota-spec AISIN auto and a narrowed nine-inch on Caltrak leaf-sprung rear end. The eventual aim – although not for this year's Challenge – is 800 at ponies at 40psi!          ​