WE ALL love our first cars; they’re a part of us, and something most wish they’d hung on to as they look out their kitchen window at the boring-arse SUV in the driveway. John Urquieta made no such mistake with his ’72 VH Charger, and after a driveline revamp he took on Drag Challenge 2018 to see what the new package could do. John has owned his Charger since he was a 17-year-old larrikin, so needless to say the car is a long way from the white 265 six-cylinder four-speed it once was. After going through a number of different old-school Mopar V8 engine transplants, John decided to up the ante and go new-school with a Gen III 5.7L Hemi V8. The new powerplant was given a full makeover with forged pistons, a new cam, valves, head studs – the full works – to help it deal with the boost from a big hairdryer originally from a 15L diesel Kenworth truck. 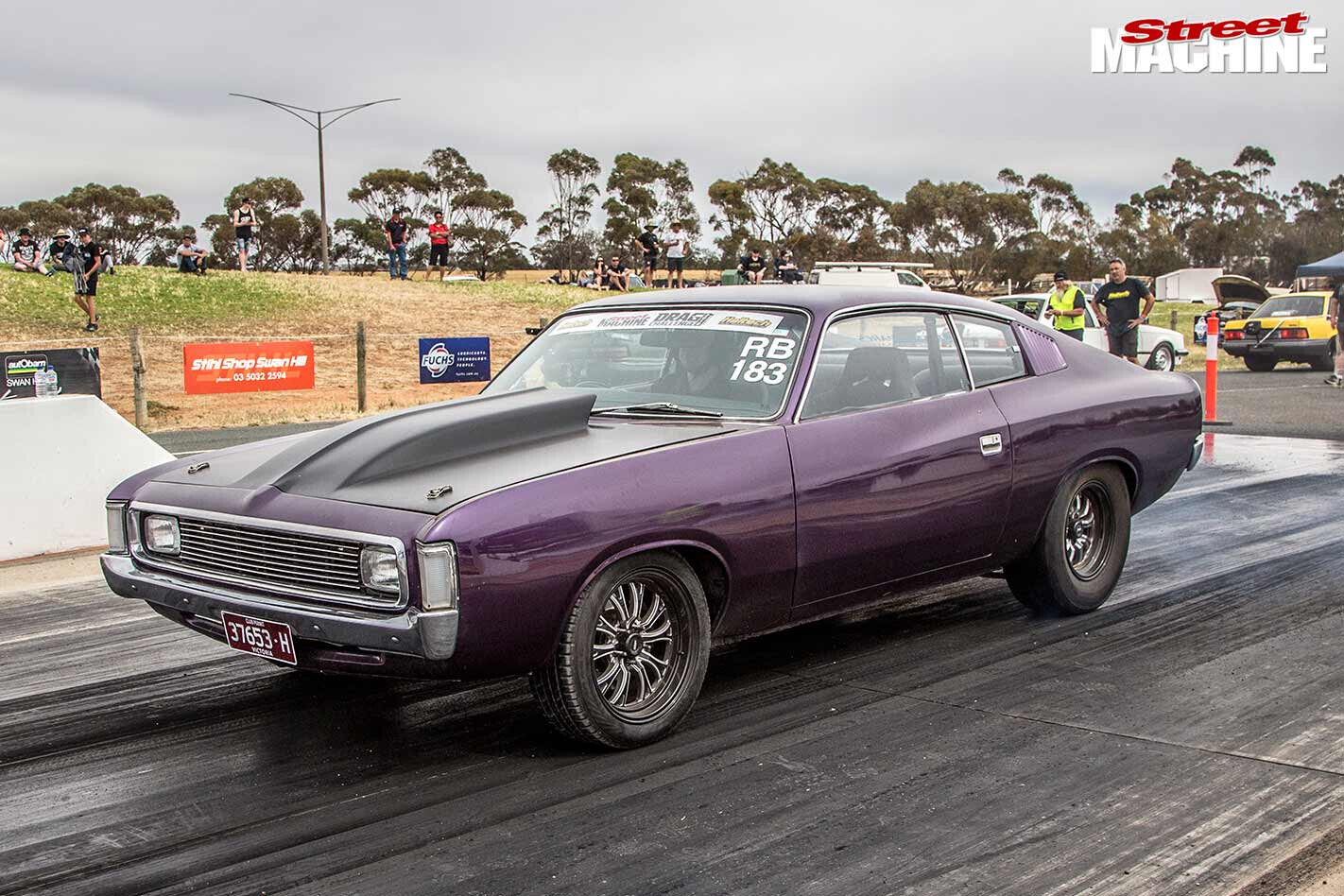 A Haltech 2500 Elite ECU is tasked with managing all that mayhem, and a Racepak dash gives John all the feedback he needs to keep the big Val in check. On pump 98 and running just 10psi, John reckoned the car is currently making around 550-600hp. Nice!

Up behind the shiny new Gen III is a Chrysler 727 Torqueflite auto, sporting a 3500rpm stall from the Convertor Shop in Queensland. A Ford nine-inch with 31-spline axles and a full-spool 3.5:1 diff sends all those ponies to the 275 ET Street Radials. 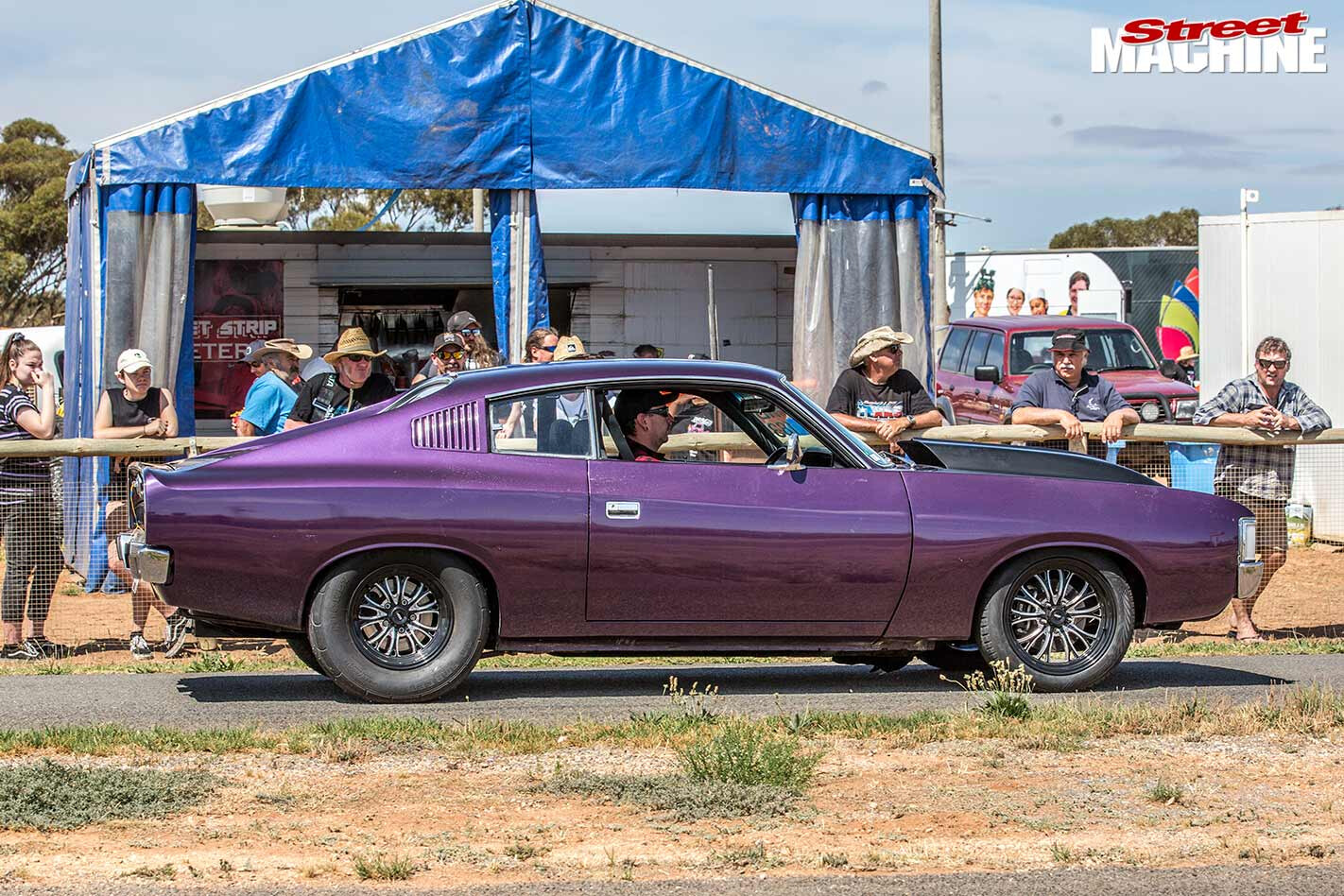 Despite being a bit of a pioneer by squeezing the Gen III into the Val’s bay, John said it wasn’t as much of an issue as some might think. “I left the gearbox in the factory position and then used that as a base for where the engine would sit,” he said. “I had to custom-make the engine mounts from scratch and all the ’cooler piping, but I didn’t really have to cut any of the car, which was good.”

John also did the wiring and tuning, and the car was finished just two weeks out from the start of DC. The lead-up to the event wasn’t smooth sailing; the car had misfiring issues just a few days out and the auto was also playing up. 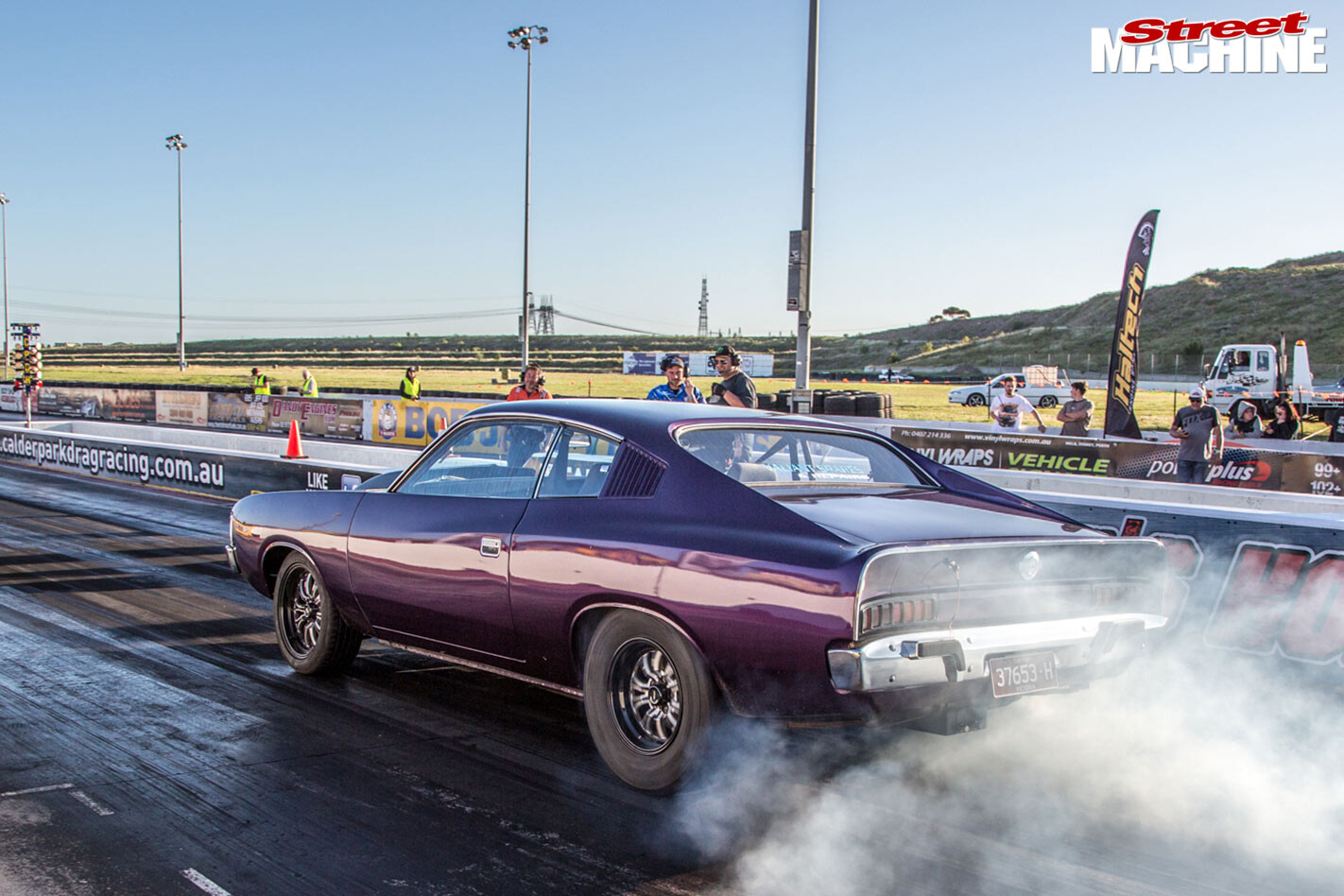 But John’s biggest issue didn’t rear its head until DC was underway, with the knock sensors for the Haltech retarding the timing to less than five degrees BTDC. It held back his ETs for most of the week, his best quarter-mile time coming in at a 12.51@116mph at Swan Hill on Day Four. “I was worried that the engine combo I’d built wasn’t quite right with the cam and stuff; then I spoke to some Haltech guys at Calder on Friday and we found out the knock sensor wasn’t working properly and it’d been reducing the timing due to vibrations in the engine bay,” said John. The issues causing the slower pace did mean that John had a pretty cruisy week, enjoying the event for all it had to offer. “I enjoyed the week like you couldn’t believe,” he enthused. “There’s no other event like it in Australia where you can race at five tracks in five days, and it’s something that should be on every car guy’s bucket list.”

As for future plans, John is going to beef up the 727 Torqueflite and add an E85 flex-fuel set-up – and maybe even a ’cage if the funds (and wife) allow it. “It should be a 10-second car with another 10psi of boost and E85,” he said. “I’d like to crack it into the 10s next year with a better gearbox.” 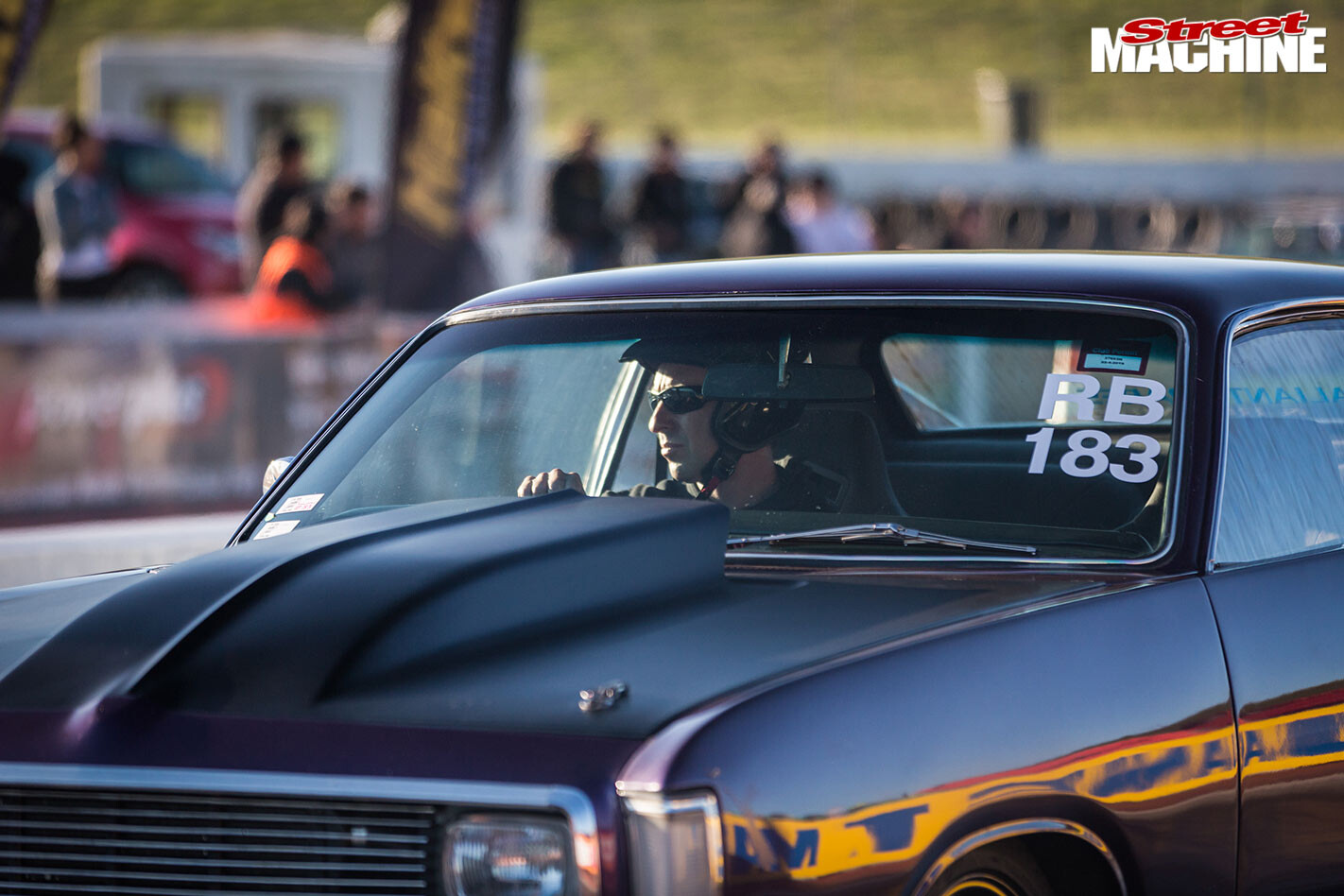