The Big Dawg finally gets a well-deserved win

COMING into 2019, Harry Haig admitted his Drag Challenge preparation had been somewhat relaxed. “We were still putting it together on Sunday morning,” he laughed. “It hasn’t made a pass since we ran here against Frank on Day Five of Drag Challenge 2018.”

Given he went achingly close to taking out the Overall win that year, nailed the Turbosmart Outlaw Blown class win and ran some epic mid-sevens, there was merit to his decision.

Day One saw Harry hand in an impressive 7.60@186mph to sit second Overall and at the top of the big-tyre cars in Turbosmart Outlaw Blown. Once racing finished and the sun set, Team Big Dawg hit the road to the Swan Hill photo stop. But while others stayed the night there, the HQ crew drove through a warm night on a marathon road leg all the way to Mildura.

The big-tyre HQ struggled with grip early on Day Two, but came back later in the night to record a 5.20@130mph to keep his hand in the game and close the gap on leader Daniel Szabolics. However, it all came together for Harry and Pops on Day Three, as he ran the only four-second eighth-mile pass of DC19, cracking off a lightning-fast 4.90@151mph to take the Overall lead. 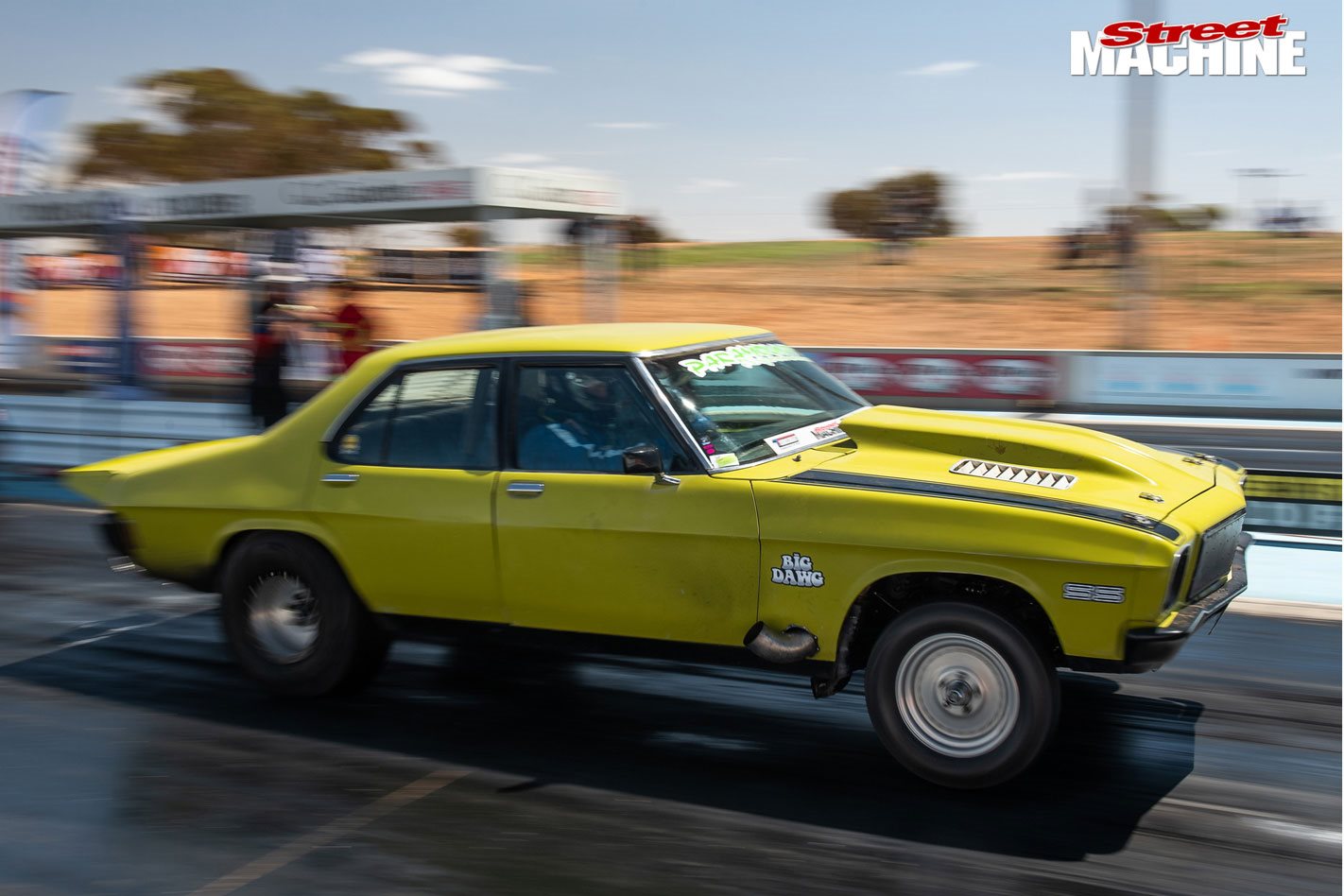 After a horror road leg to Portland where Pops broke a rocker arm, melted the throttle cable and pushed the front oil seal out, the South Coast Raceway eighth-mile tested Harry, with rain and cold temperatures not suiting the big-horsepower cars. Still, Harry’s regular lapping resulted in a 5.05@140mph on Day Four to keep him at the top of the leaderboard heading into the final day. 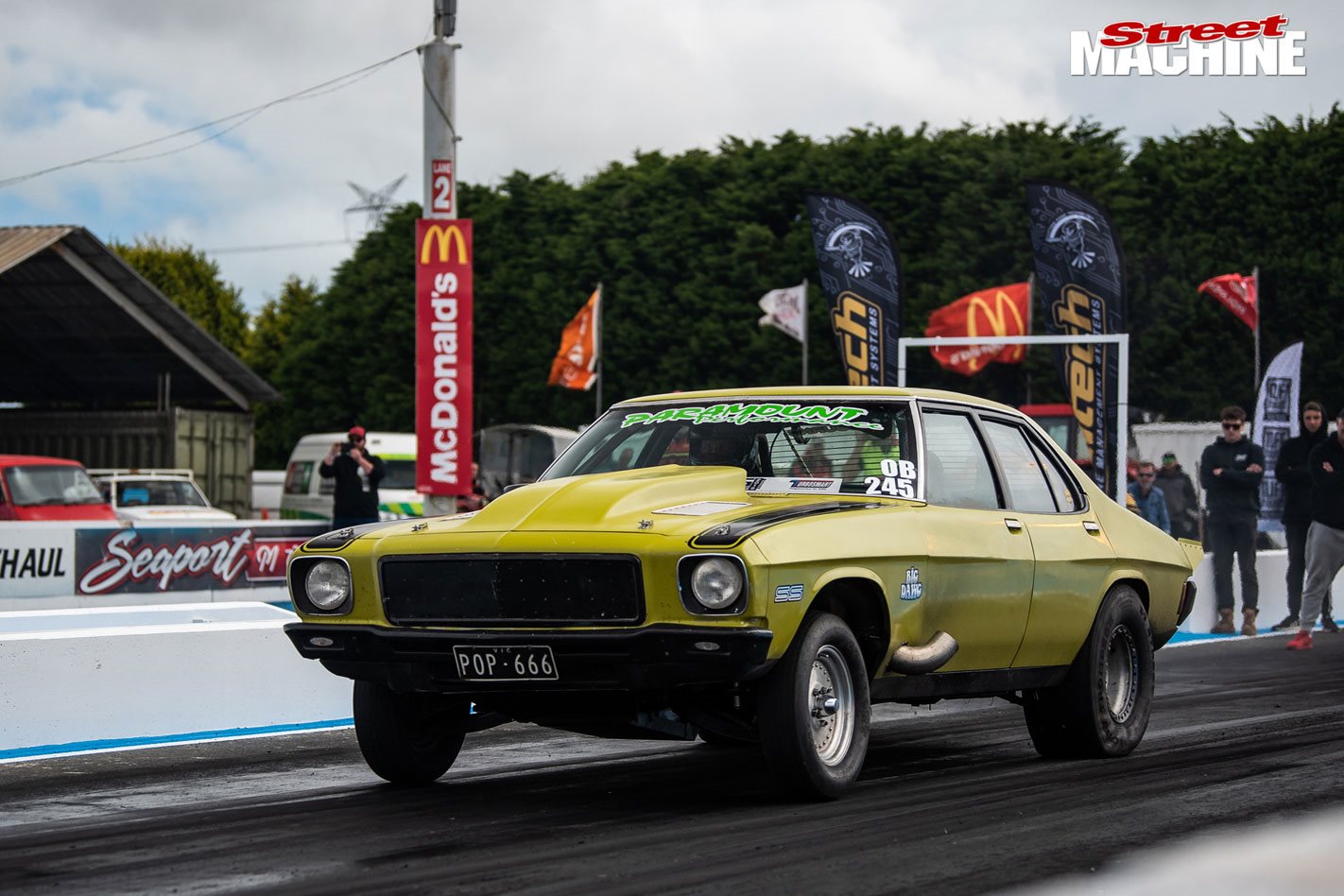 All the pressure was on Harry for Day Five, though he’d had a good omen on the road leg from Portland. “That was the first time Pops didn’t break down on the road,” he said. “We got in early in the morning, and as we were all going to sleep I realised we hadn’t stopped once, so I woke the boys up, because that is huge for us!” 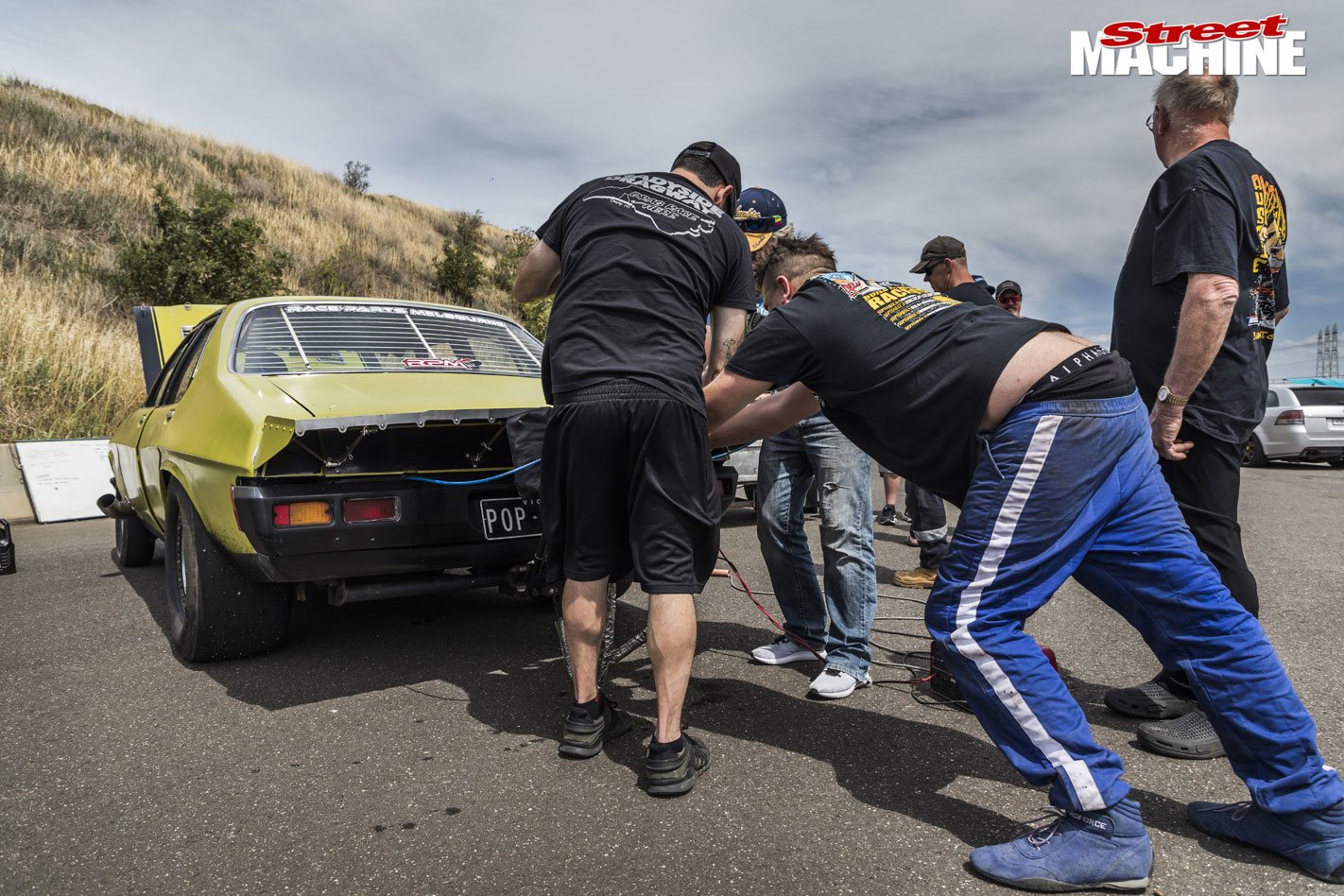 As all the top contenders made laps, Harry’s Day Five PB of 7.49@186mph meant Daniel Szabolics would need a six-second run to overhaul him at the top of the leaderboard. However, just after 9pm a huge downpour signalled the end of racing for DC19. Harry stood tall with the Overall and class win, leading Brendan Cherry home by six-tenths of a second.

“This event kicked our arse for six years, so I don’t know what to feel right now,” a stunned Harry said after racing had been called. “It doesn’t feel real; I keep waiting for someone to tell me we’re going out again. Until Telfo or Scotty tells me it is all over, I don’t think I can believe it!” 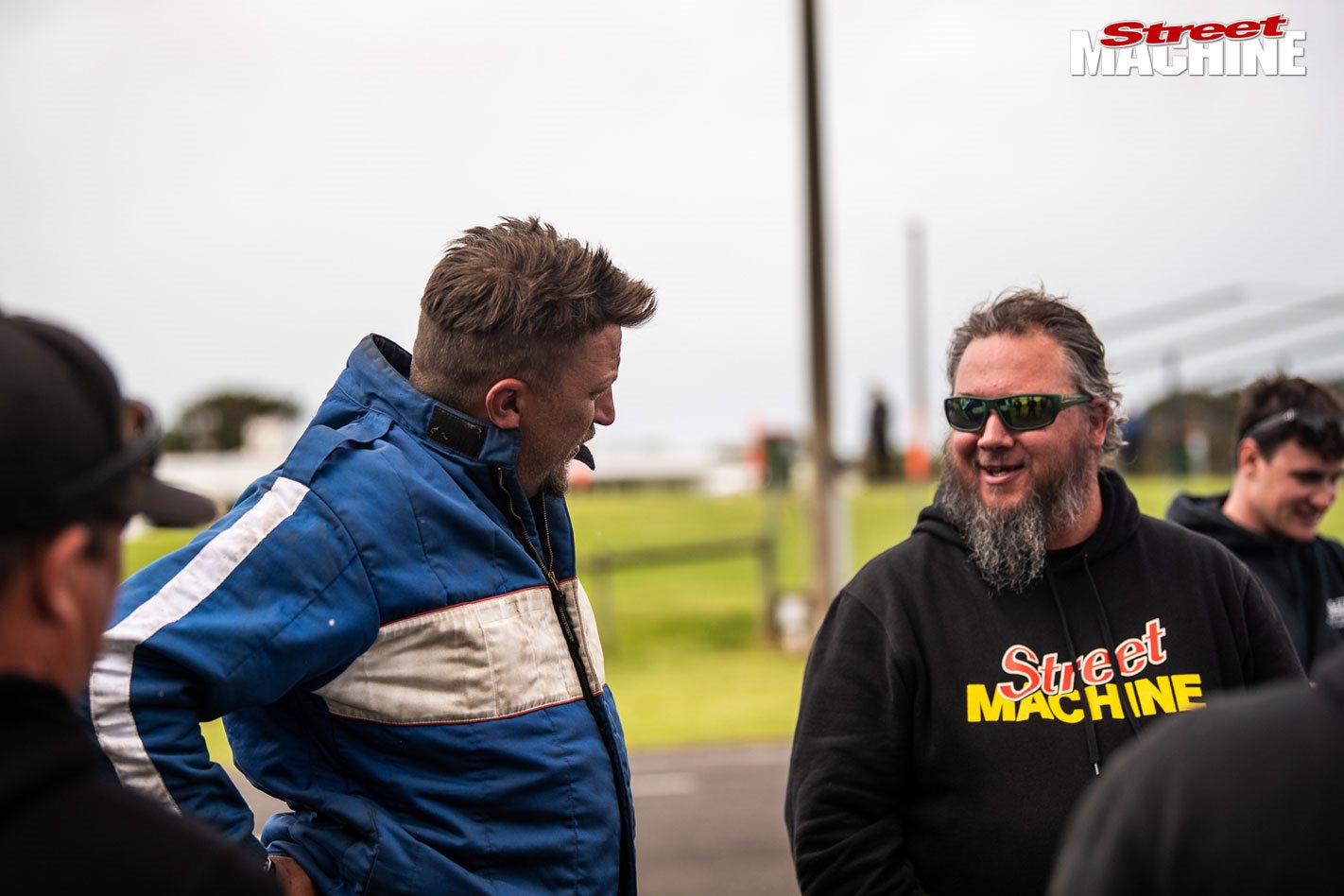 The HQ is one of Australia’s most infamous street cars, not just for its mid-seven-second performance but the pain and anguish it has put Harry and his mates through on Drag Challenge. It didn’t start off that way, though.

“When I first met my wife it was in my father-in-law’s barn, and I tried to get it for 15 years,” he says. “One day he bought a tractor and needed the shed space, so he told me to come get it and that I had to do something cool with it.”

Harry slammed a 510ci big-block Chev between the rails of the rare factory Orchard Metallic sedan, with a single 98mm Pro Mod turbo and a 275 radial out back. Renowned for being driven to and from the track, where it was known for crazy wheels-up action, Pink Pops ran as quick as 8.39@172mph.

“It is was always sketchy with six-pot suspension front to back, so it was very exciting to drive,” Harry laughs. “I didn’t know a lot about drag racing at the time, so we learned a lot about how to make it work. My good mate Craig ‘Shonk’ Brewer helped me a lot with the set-up of the car.”

Harry ran Pops in the single-turbo guise at the first three Drag Challenge events, eventually killing it 30km out of Calder on the 2016 event after successive engine-related failures in consecutive days. This led to Pops’ biggest make-over, as Harry unleashed the big dawg. 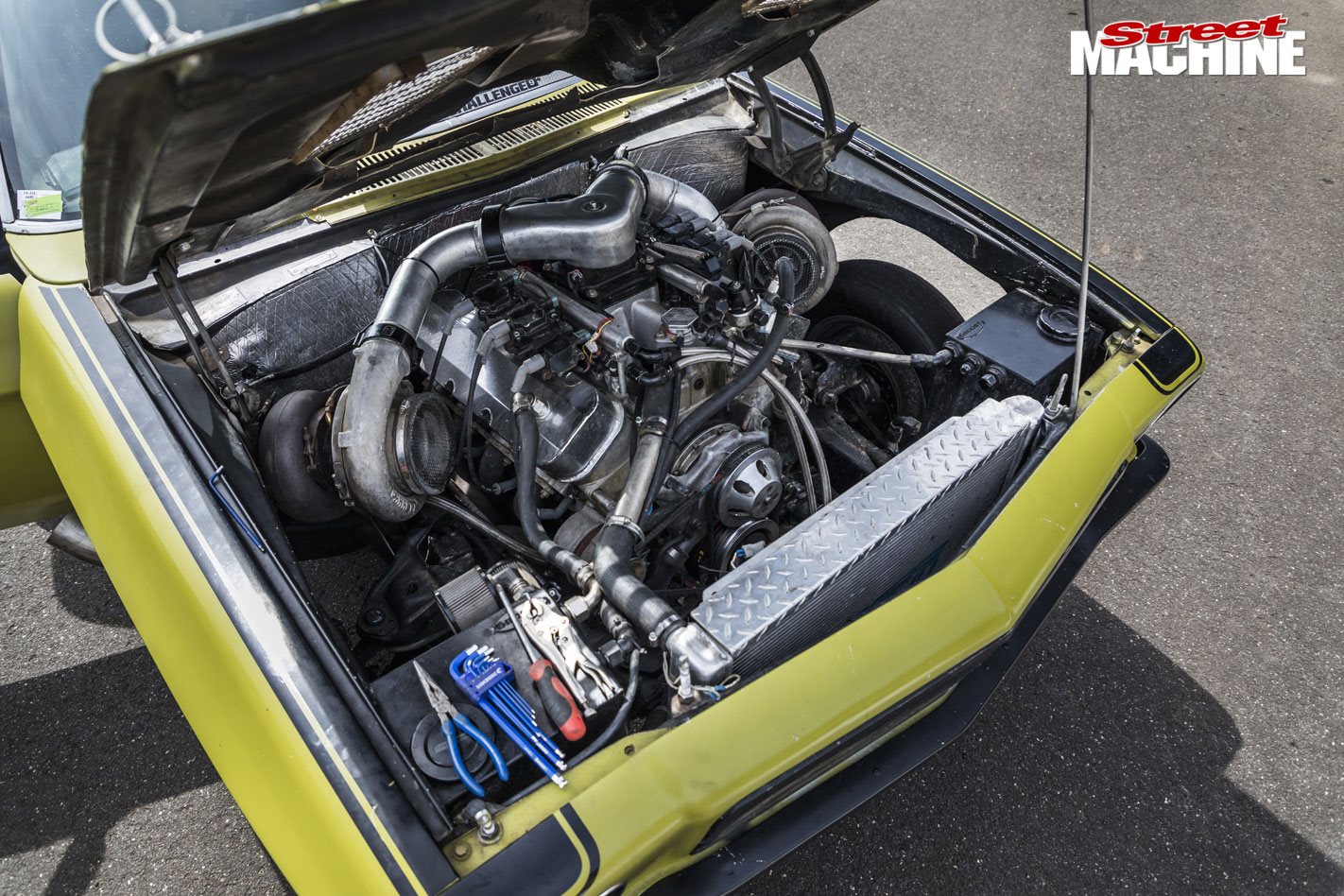 For 2017 Robby Abbot rebuilt the fat-block, pushing it to 540ci with twin 88mm Garrett GT47 turbos mounted on 6boost manifolds and a Holley Dominator ECU package tuned by Terry Seng from Paramount Performance. With over 1850hp going to terra firma, Harry had Fabrication Techniques in Shepparton add more barwork to stiffen Pops up, as well as liberating space in the rear for a beefy 315 tyre upgrade.

“As I went on, I met a lot more people, and through trying different things we eventually got it dialled in, growing and learning more and more,” Harry explains. “I started knocking around with Terry Seng and Robby Abbott, and we built a bit of a community around the car to make it better and faster.” 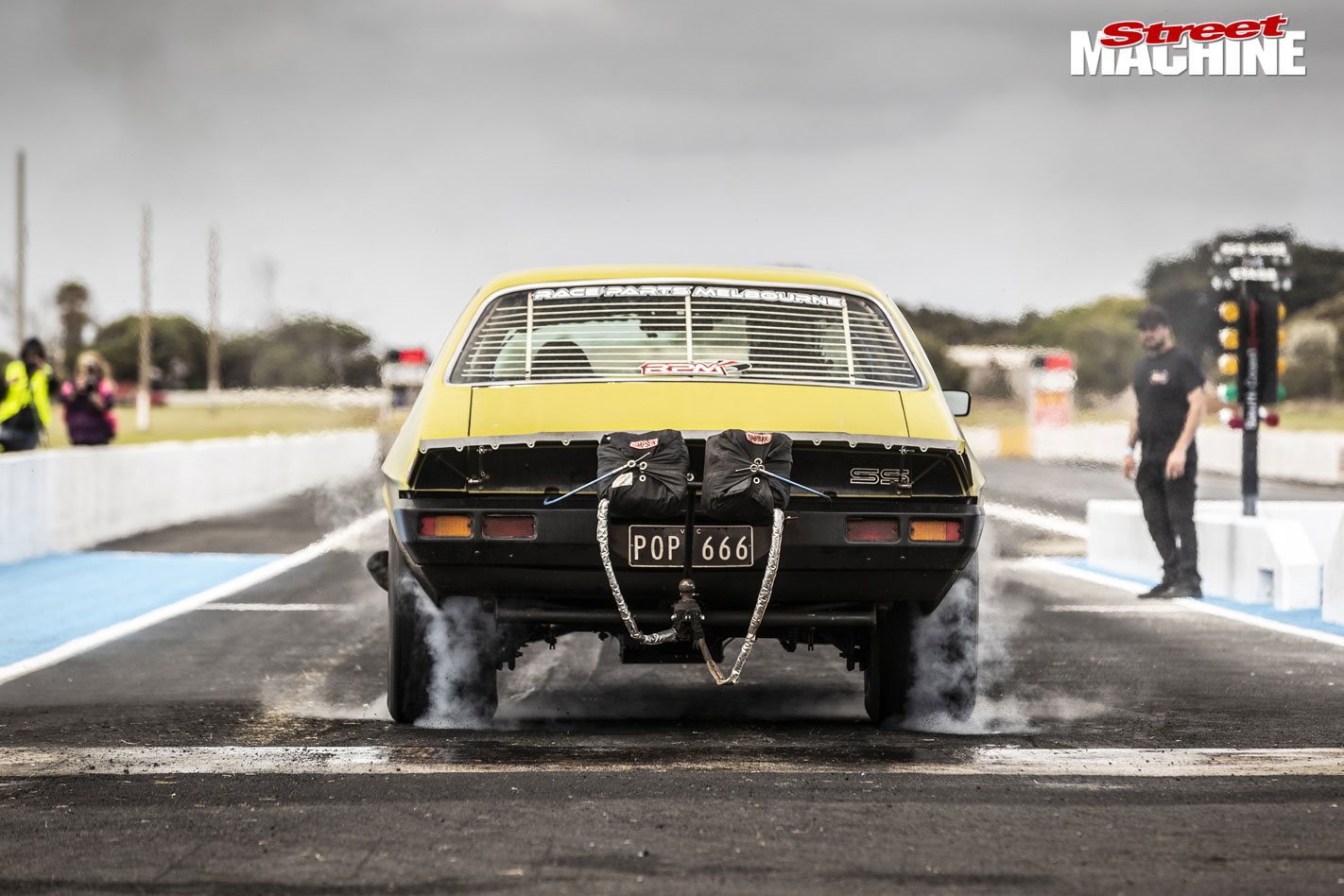 Pops’ PB currently stands at 7.40@190mph, but Harry doesn’t have an end goal in mind for the two-time Turbosmart Outlaw Blown class champion and now Drag Challenge outright winner. “It was always just a thing to do Drag Challenge in, plus we burn around home and do a fair few pub trips in,” he says. “I never thought we’d run a low eight or seven, and we’ll be knocking on the door of sixes with more time. That just shows you how far the technology has come. 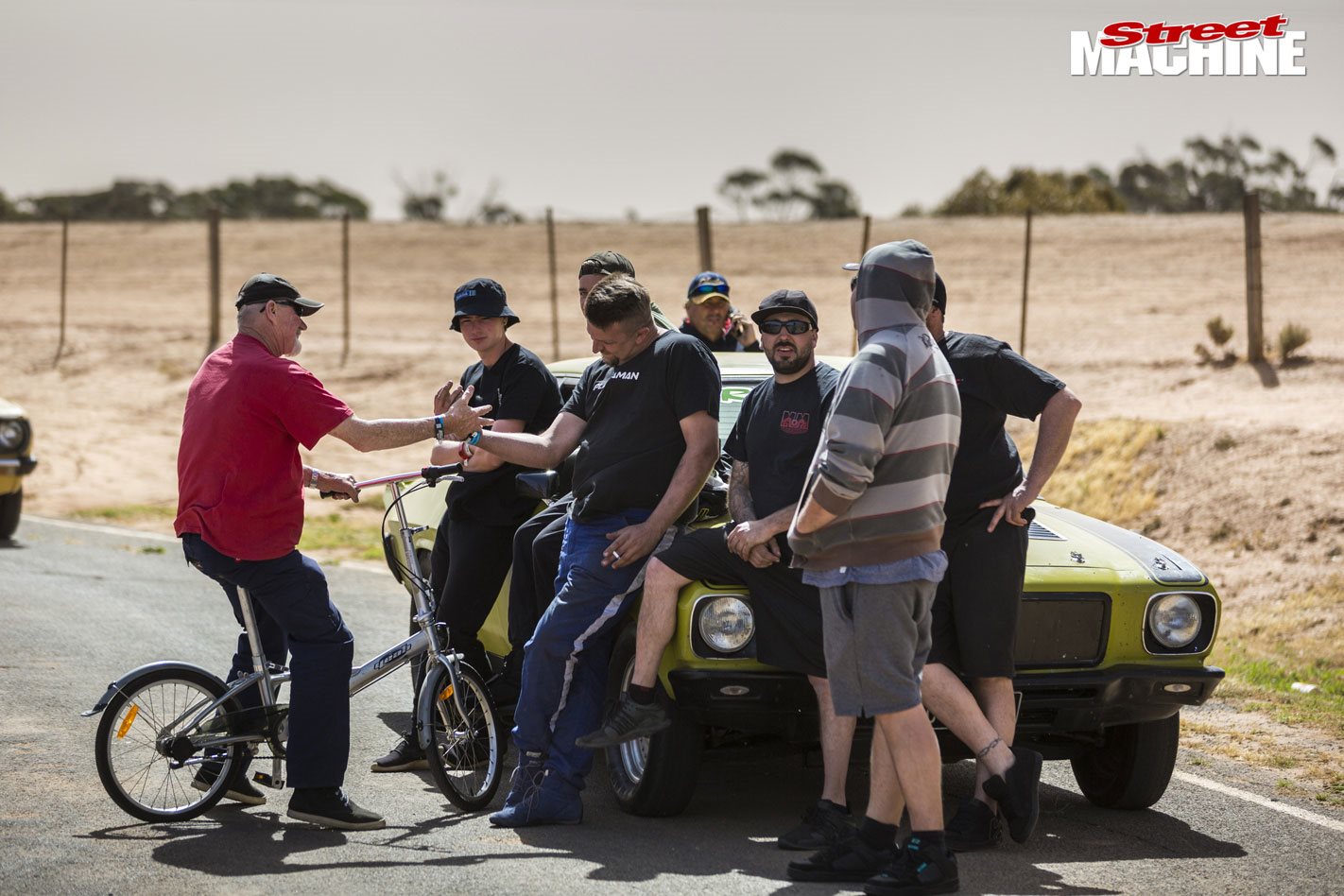 “The people around me have helped me massively, too. I have to give a huge shout-out to them, as Pops wouldn’t be near the car it is today without them. Massive thanks to Andrew Micallef; Corty; Nathan at Fabrication Techniques; Simon ‘Gonzo’ Travaglini at AllFast Torque Converters in Perth; Tommy and Ali at Dynohouse in Melbourne; Johnny Ricca at Raceparts Melbourne; Robby Abbott of Abbott Race Engines; Terry ‘Tune-Up’ Seng at Paramount; Kyle at 6boost; Trav Dean at Turbosmart; the boys at Plazmaman; Louis Floquet at Crower; Steve at Tally; Phill Whitford; and most of all, my wife.” 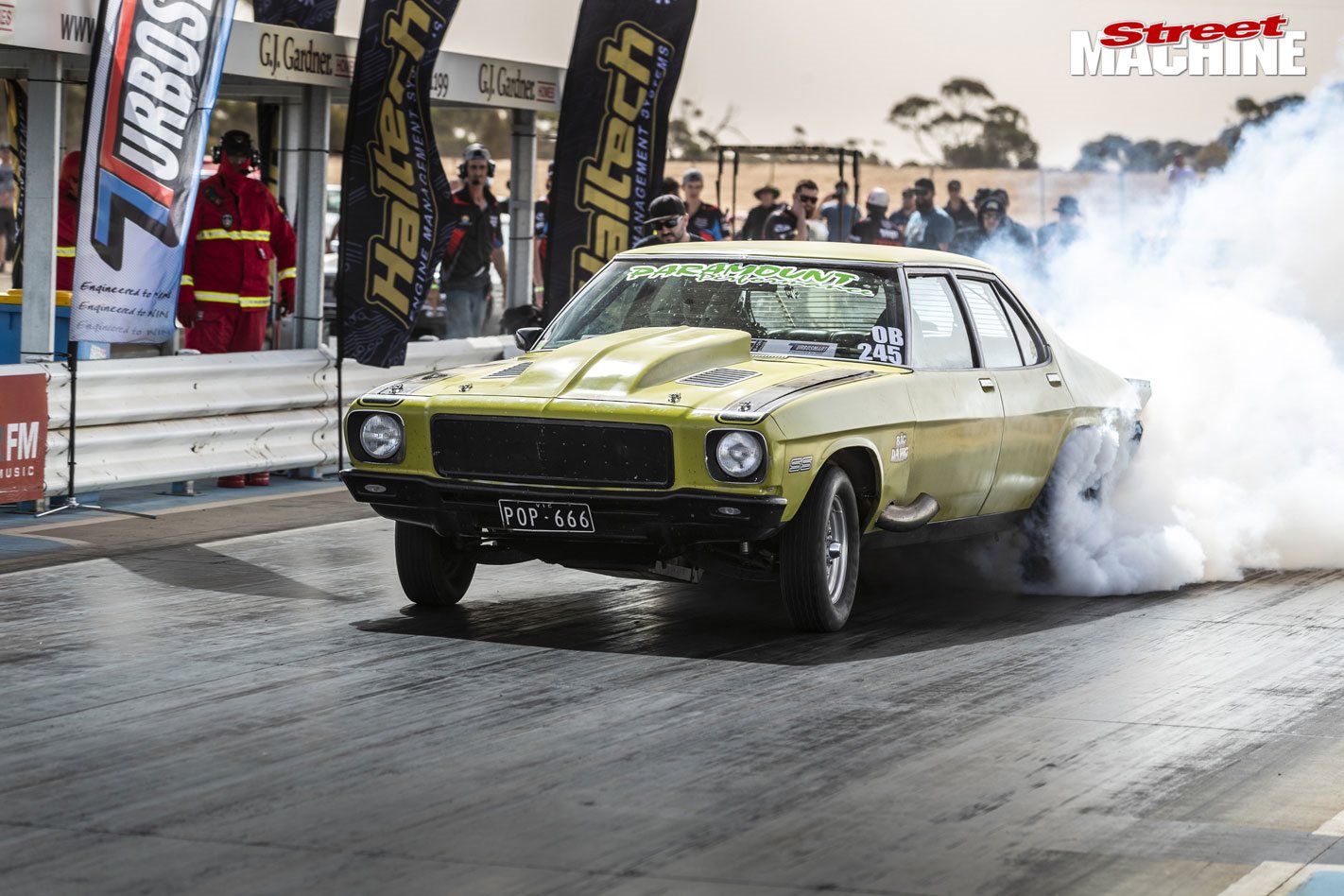 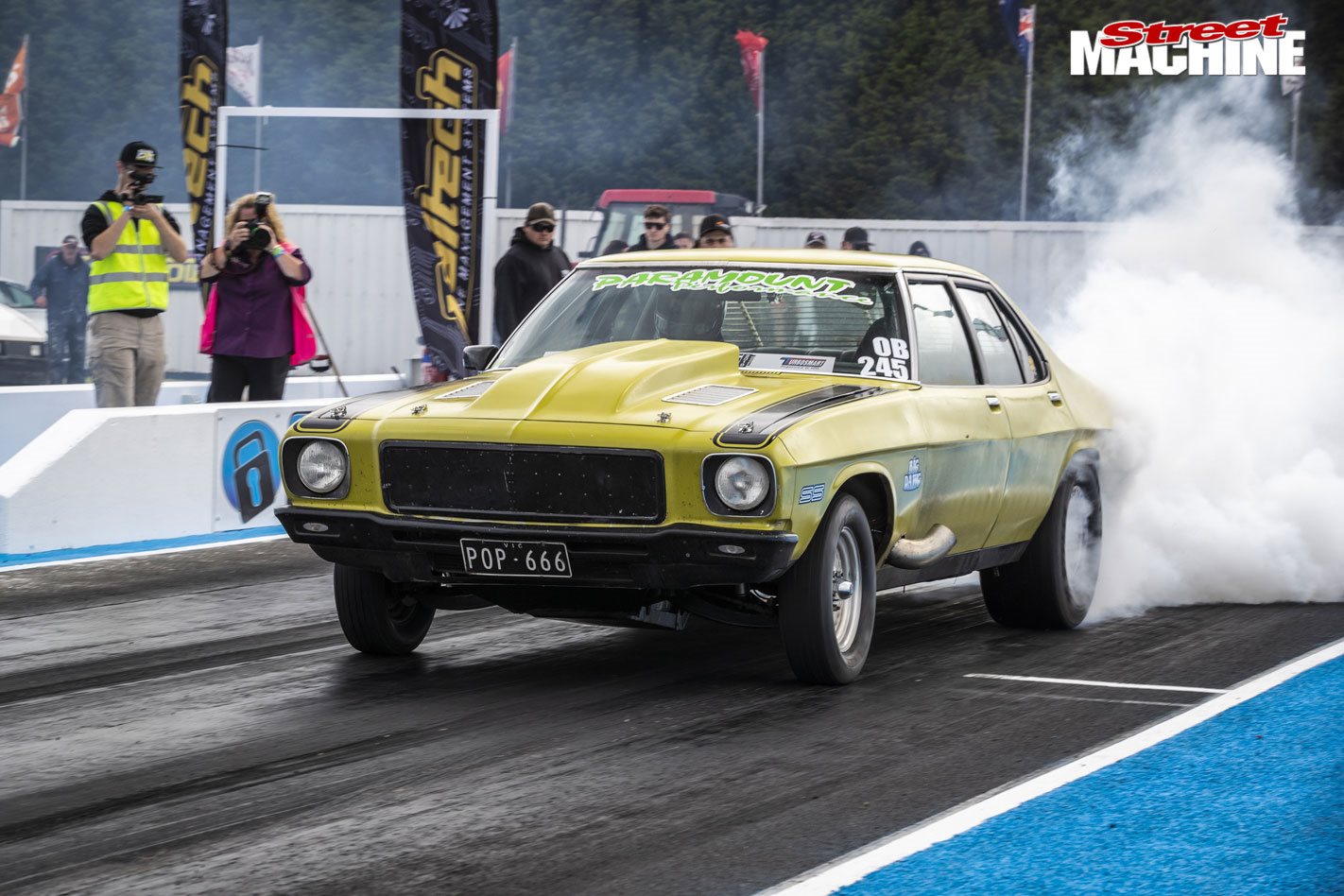 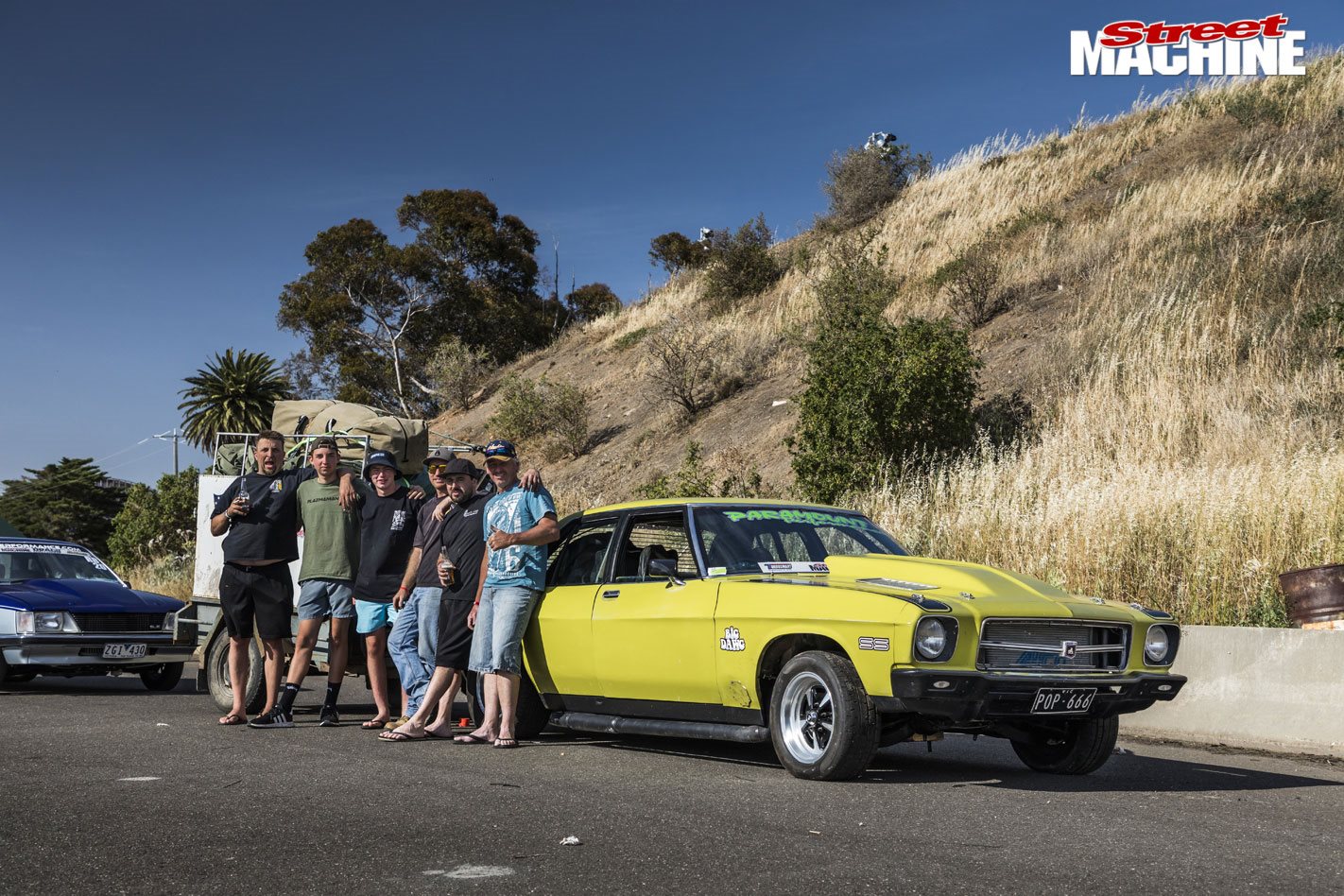 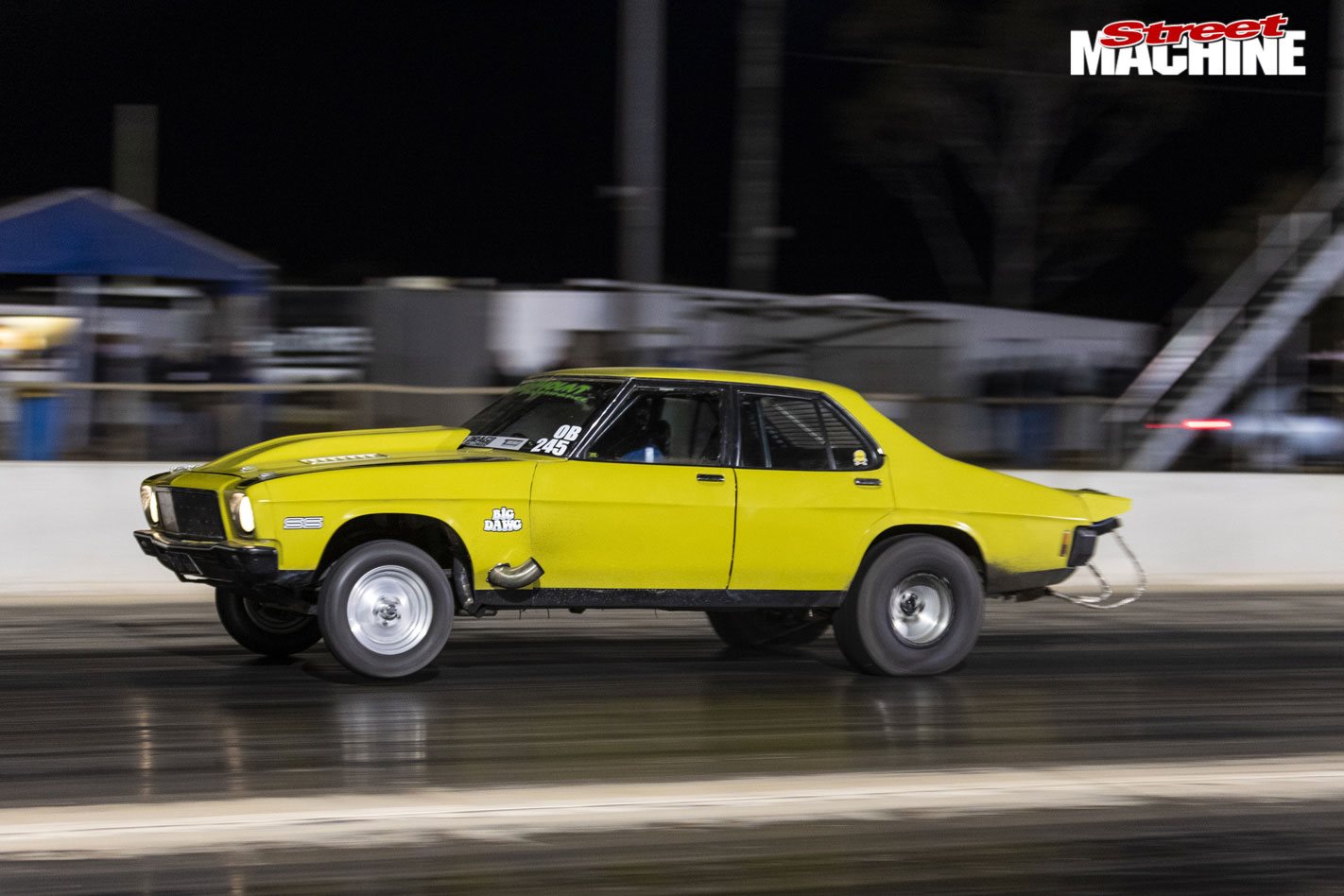 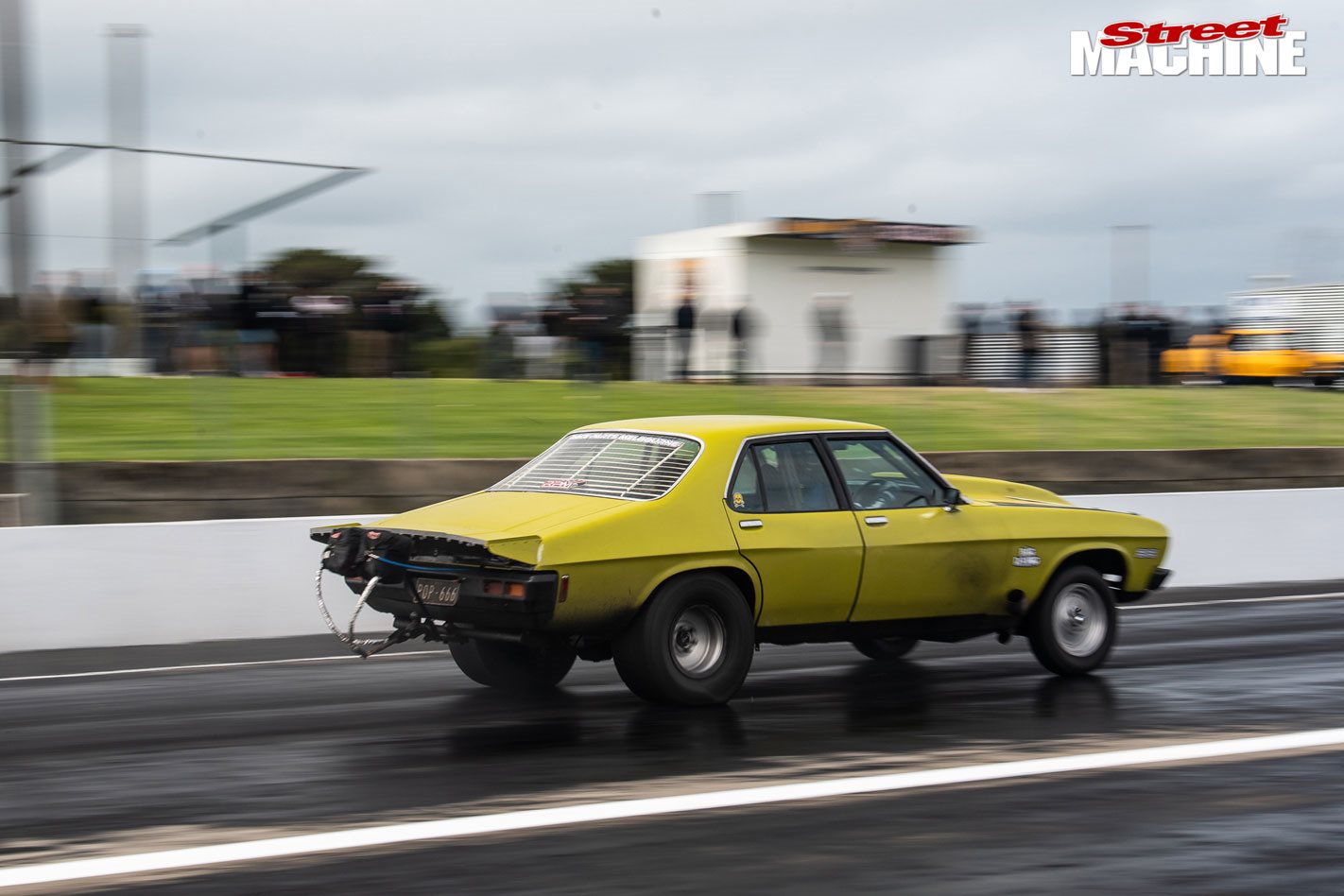 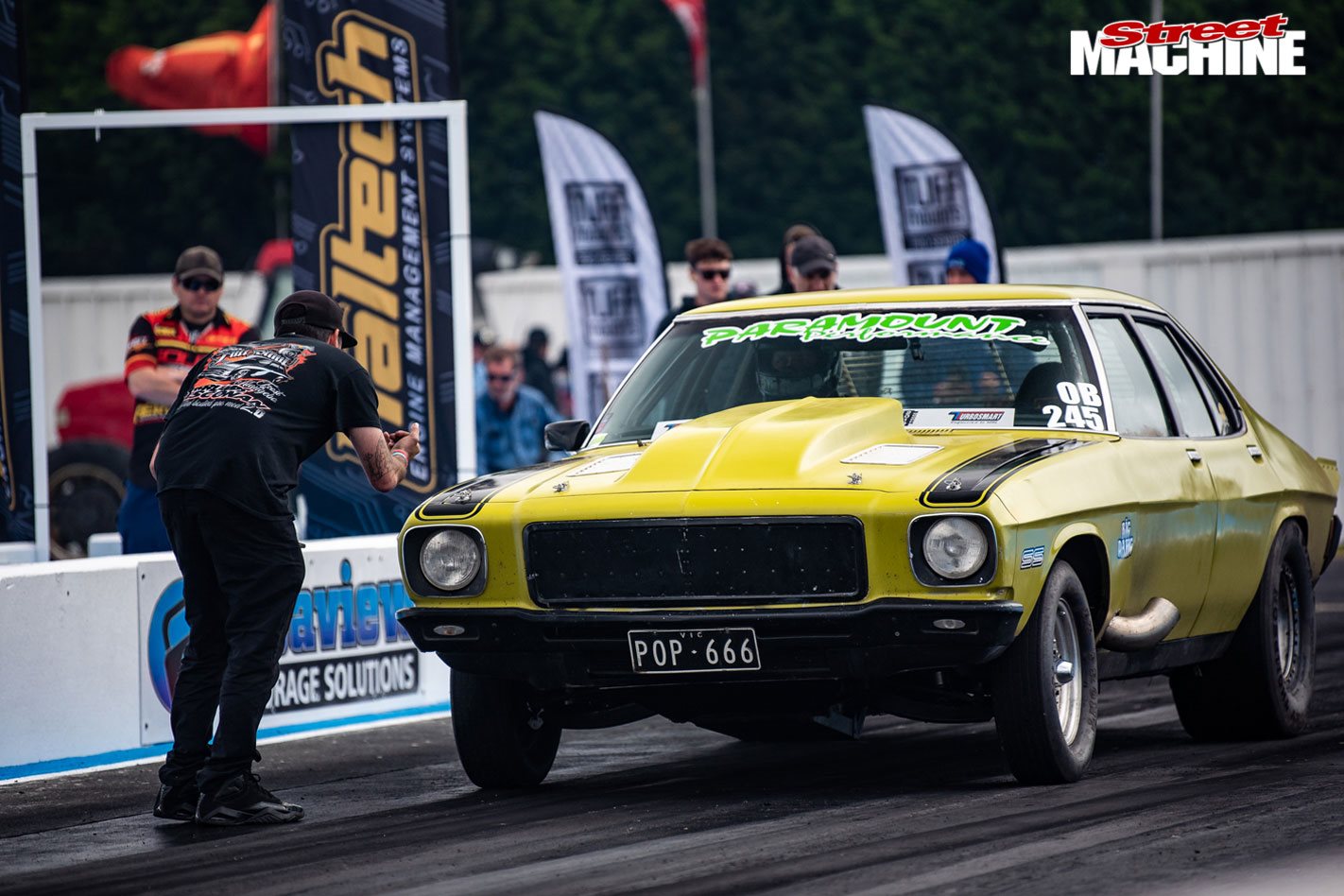 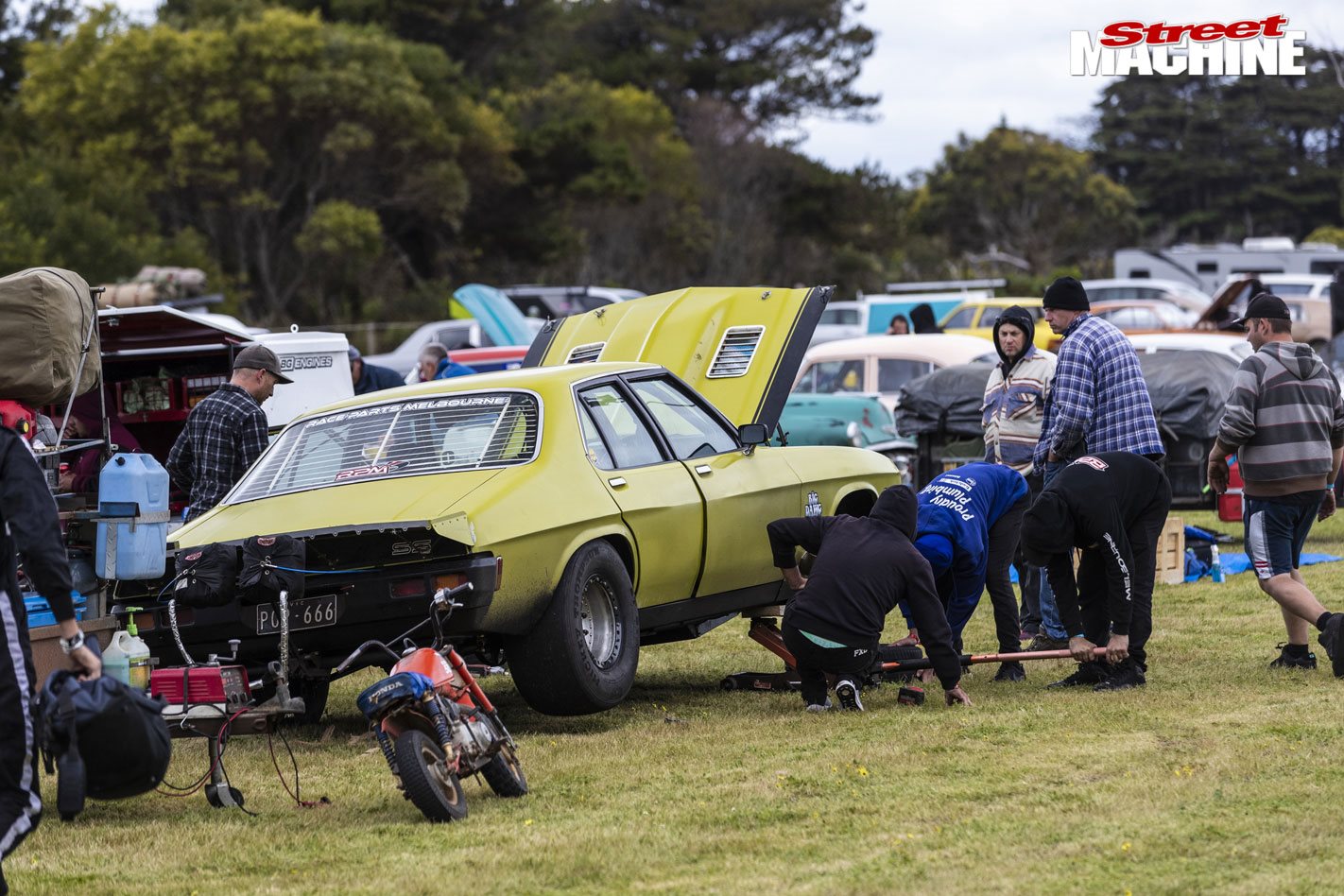 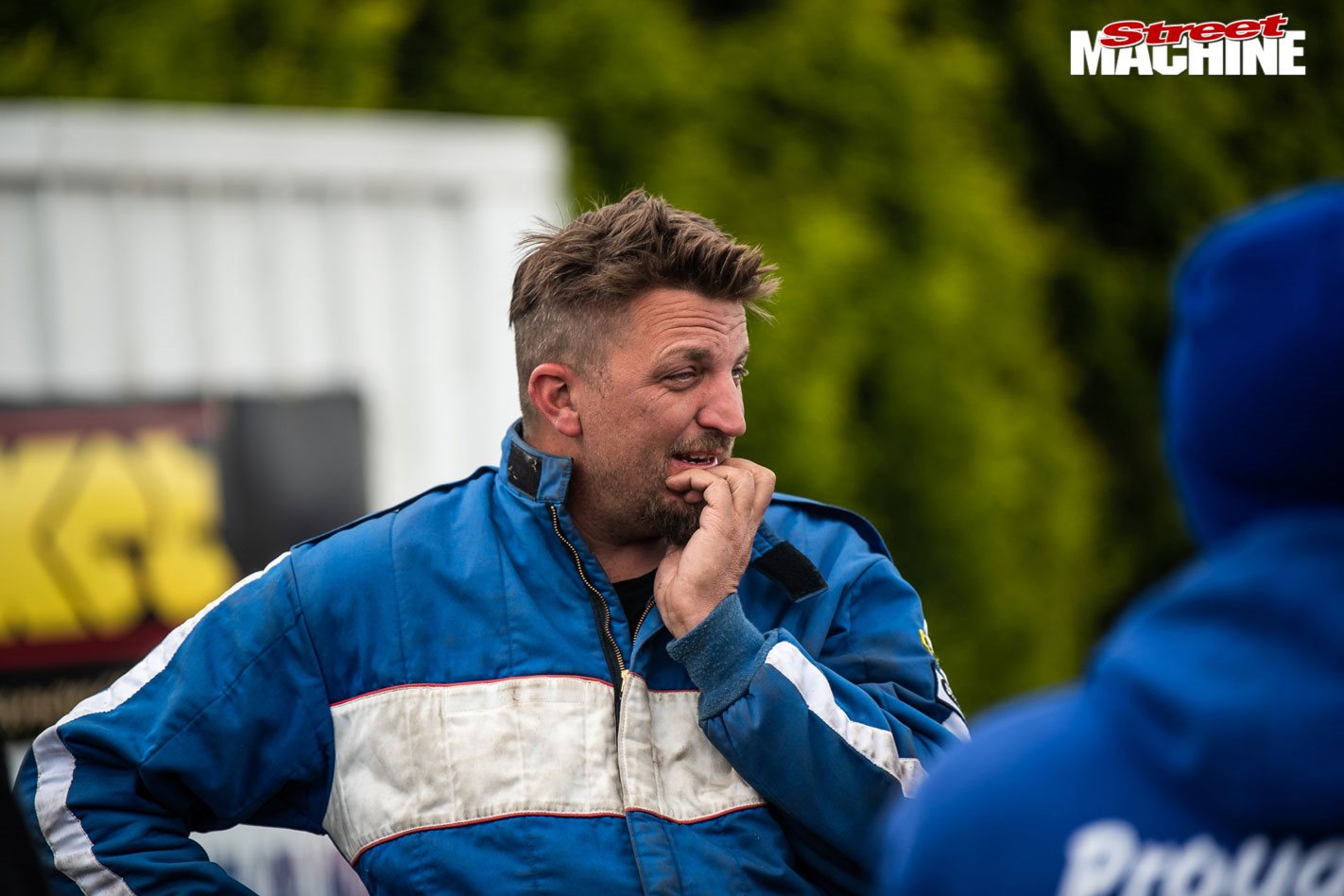 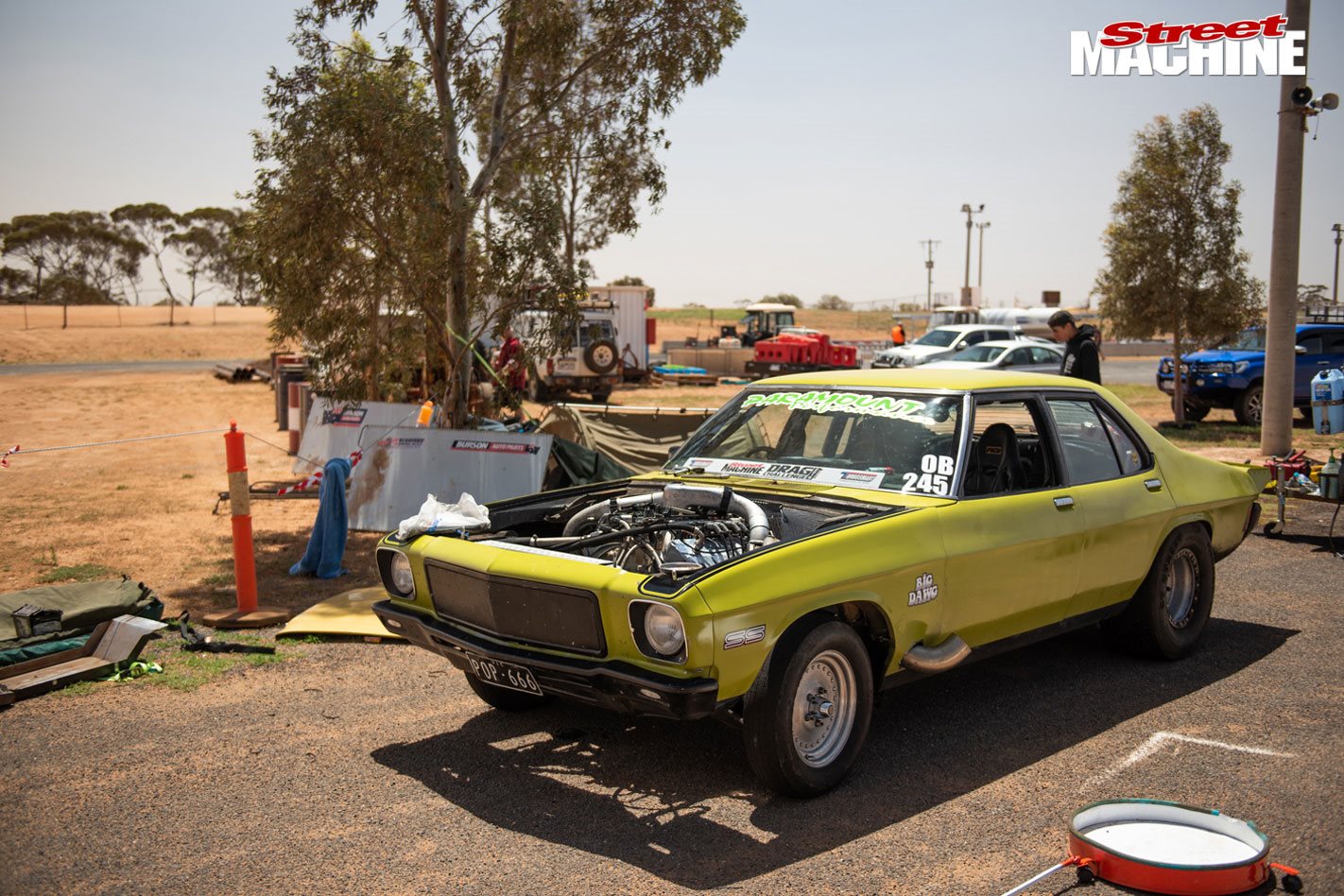 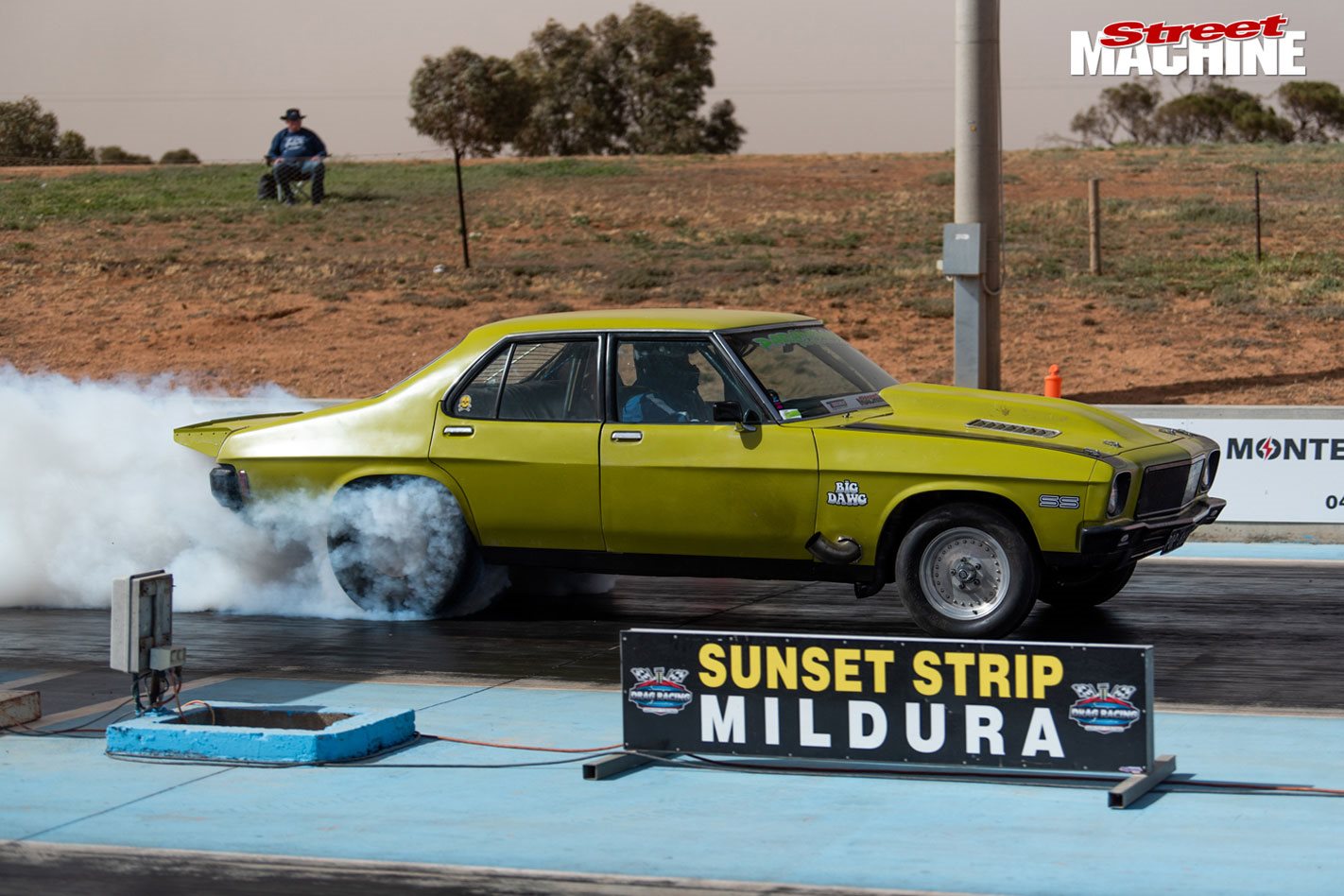