HARRY Haig is an institution at both Street Machine Drag Challenge and Hot Rod Drag Week in the USA, and he brought his twin-turbo big-block ‘Shonky’ HQ SS back to Turbosmart Outlaw Blown for the 2018 running of DC. Harry brought the HQ to the very first Drag Challenge, back when it was a single-turbo deal. It has come a long way since then! 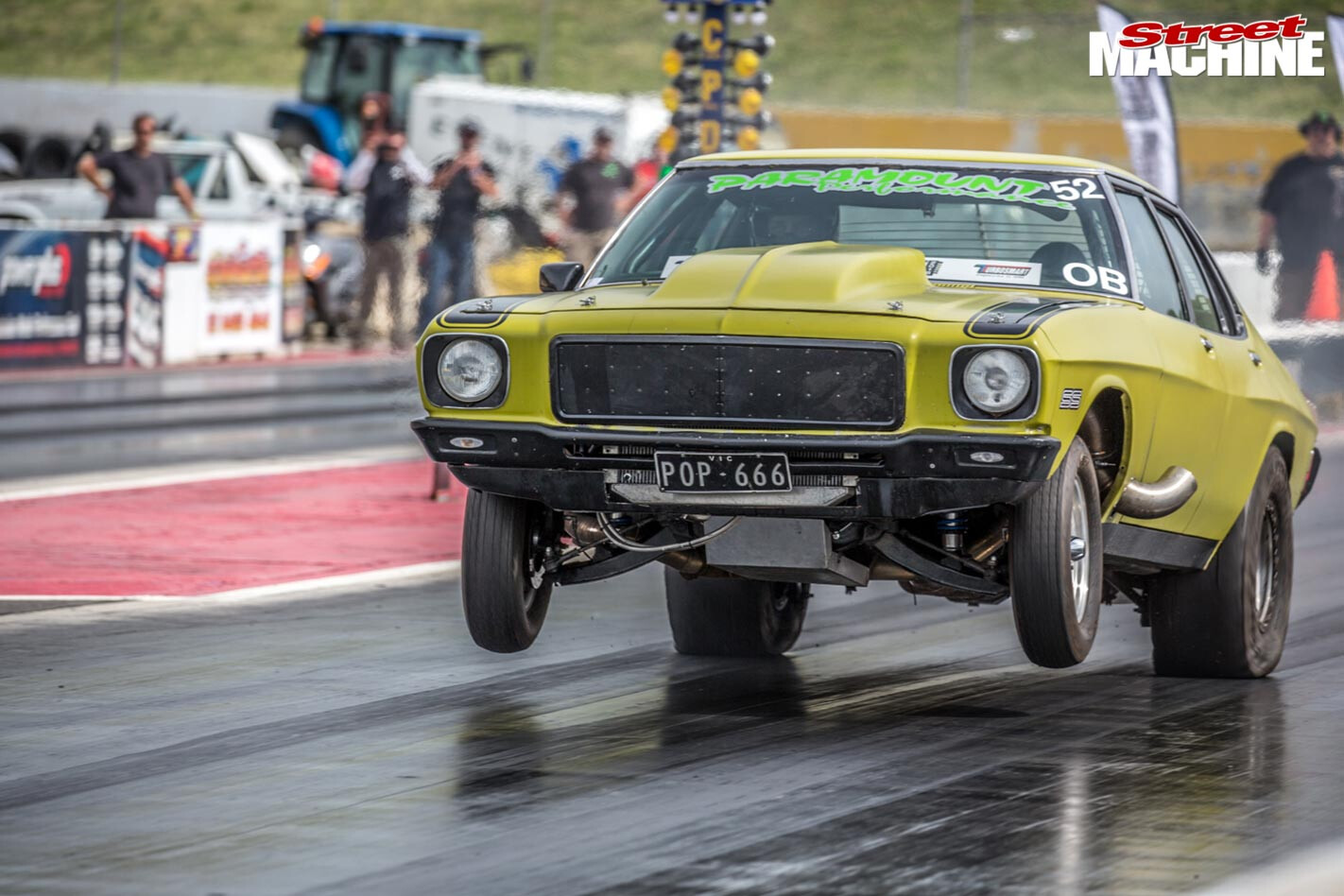 The Quey is powered by a 540ci big-block Chev inflated by a pair of 88mm Garrett GT47 turbos, running pump gas on the road and methanol on the track to make an estimated 1860rwhp at up to 24psi. With a Holley ECU controlling the combo, Harry’s biggest issue is getting all that horsepower to the track.

“It’s pretty much the same combo as last year, but we had all sorts of dramas just getting here this year, so I don’t care about ETs, I just want to be here on Friday,” said the visibly exhausted Harry on Monday morning. “We got to Calder at 4:30am and had a sleep on the footpath because my fancy $2000 radiator crapped out, so it took us nine hours to drive what would normally take an hour. It was going through 20L of water every six kilometres, so I was dragging jerry cans down to creeks in the middle of the night. 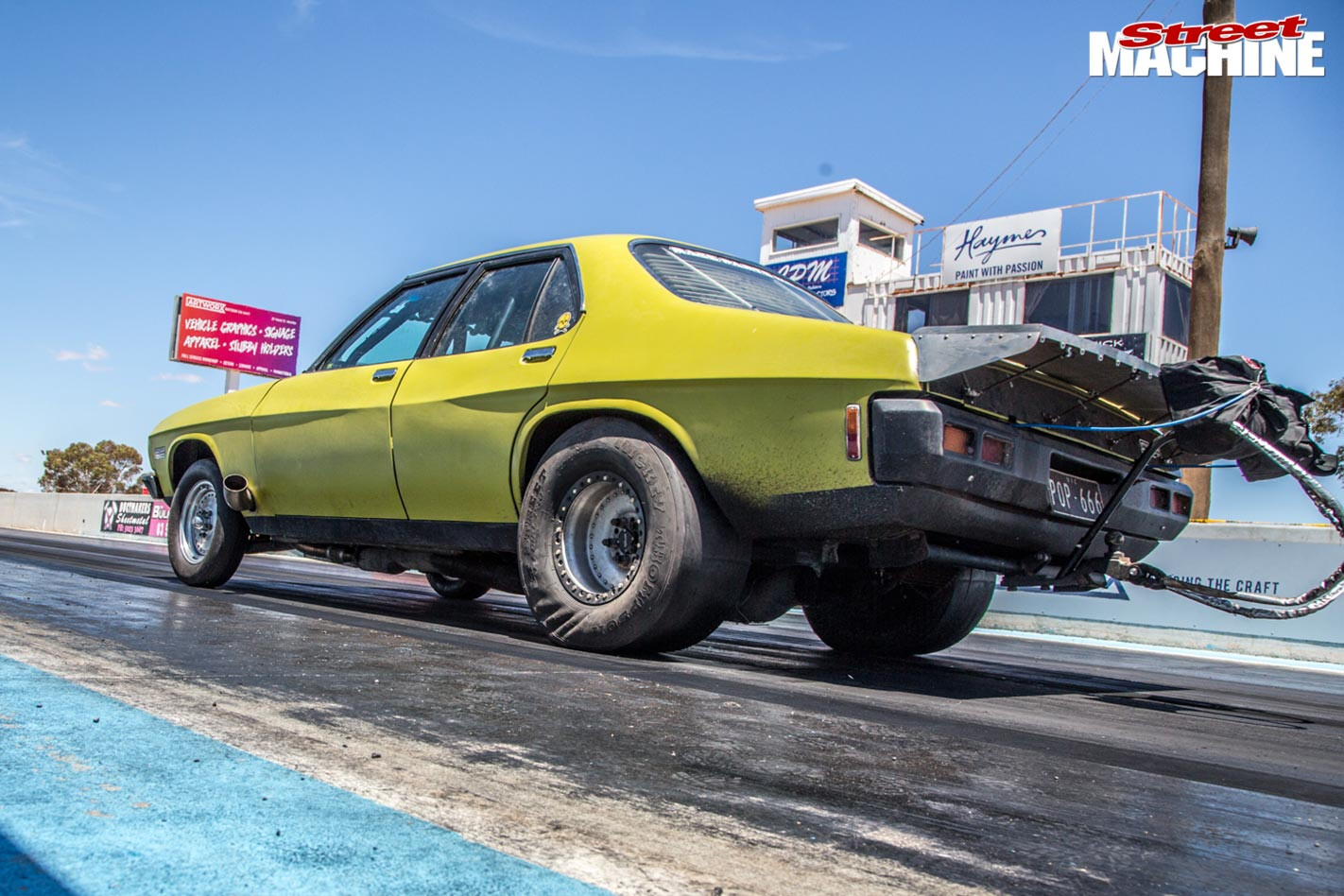 “We got the car and the engine back Wednesday night, so we have had about six hours’ sleep from Wednesday morning until early Monday morning. I’d really like to get a pass in, hit the road, eat something that isn’t from a bain-marie, have a shower, and get some sleep – but I’m sure we’ll get in at 5am because adventure finds us.”

Despite all the misadventures in the lead-up, Harry’s first two passes saw the big dog bark off the two quickest runs on Day One, with a 6.49@170mph over 1000ft placing him first in class and in the outright lead. He hit the road and smashed plenty of bugs on the way to Swan Hill, where he has run 7.4@190mph previously.

At Swan Hill on Day Two the HQ cracked out a 7.96@182mph, backing that up with a 5.18@145mph on Mildura’s Sunset Strip eighth-mile on Wednesday to retain the outright lead. Having trekked back to Swan Hill for Day Four, the Shonky SS blew everyone away with a 7.50@174mph, though Frank Marchese pipped Harry by the slimmest of margins to put the HQ into second overall, but still first in class. At Calder on Day Five, Harry came to let the big dawg eat, with a 6.49@171mph over the 1000ft mark putting him close to knocking off Frank for the overall win. Unfortunately busted steering put a halt to his last-ditch pass late in the night, though Harry still finished Drag Challenge as winner of Turbosmart Outlaw Blown, and took home the trophy for Quickest Chev. Congrats, team!