How’s this for a family holiday? Michael and Carolyn Rosser met through drag racing around 15 years ago when they were crewing at Sydney Dragway: their teams were in adjoining pits. Now they’re married with two beaut kids (William 8 and Sam, 5) and building a 383-cube LJ Torana drag car at home.

But in the meantime, the whole family attended Street Machine’s Drag Challenge in this VX SS Commodore that Michael and Carolyn bought seven months ago in their home town of Ballarat for just five grand! 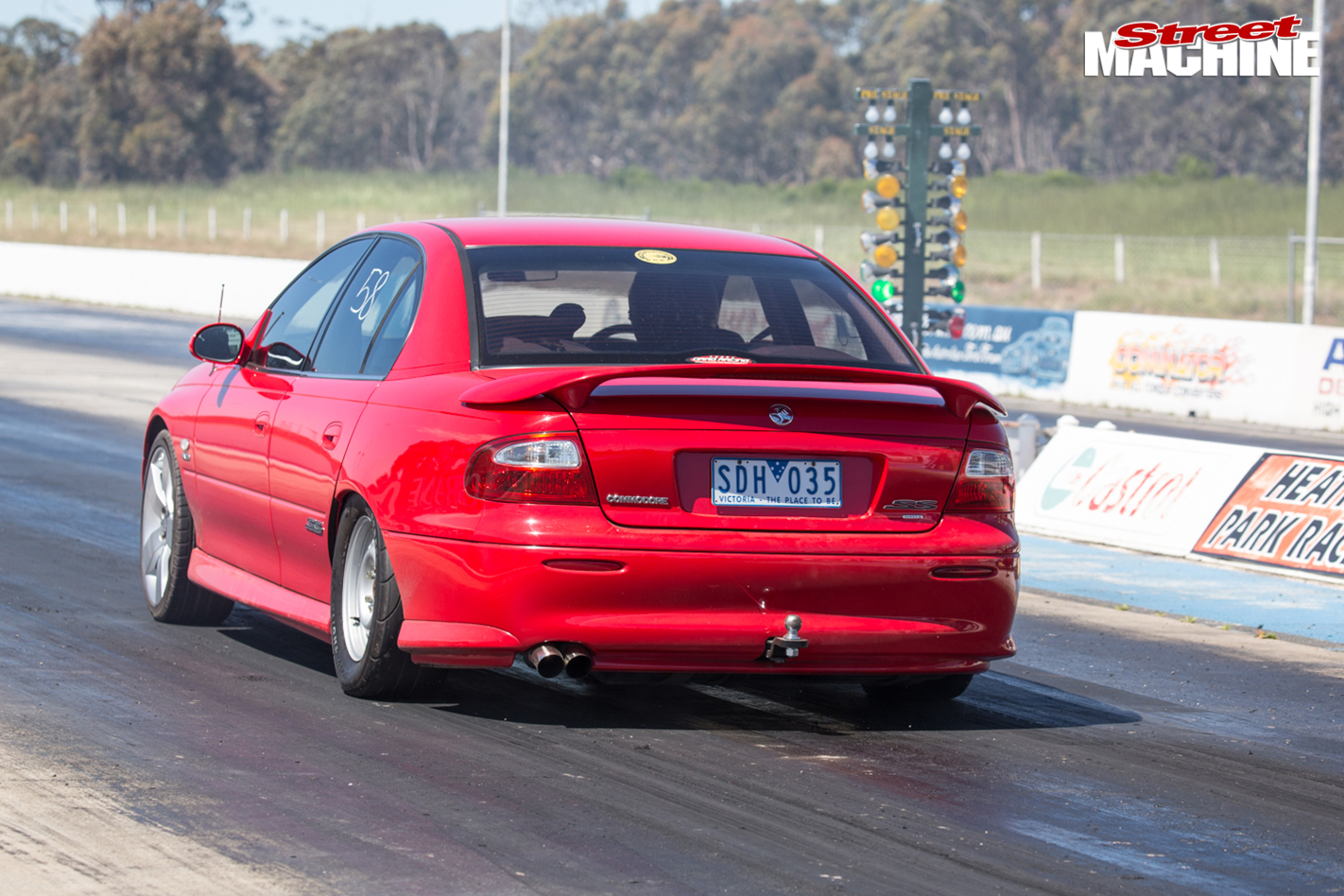 Factory specs for the VX SS means it began life with 225kW from its Gen III/LS1 V8 and this one is an auto, making it ideal for a first timer in the DYO class.

“It was already modified slightly with a mafless tune when we bought it,” explained Michael of the bright red Aussie sports sedan. “Apart from that – and the rear muffler has been replaced – it’s standard.”

For each day of Drag Challenge, Michael replaced the VX’s rear alloys with 15x-7-inch cop-spec steelies wrapped in Mickey Thompson ET Streets. As it was for many other Drag Challenge participants, track prep for the SS meant unhitching the trailer – in fact, the kids’ seats stayed in the back! 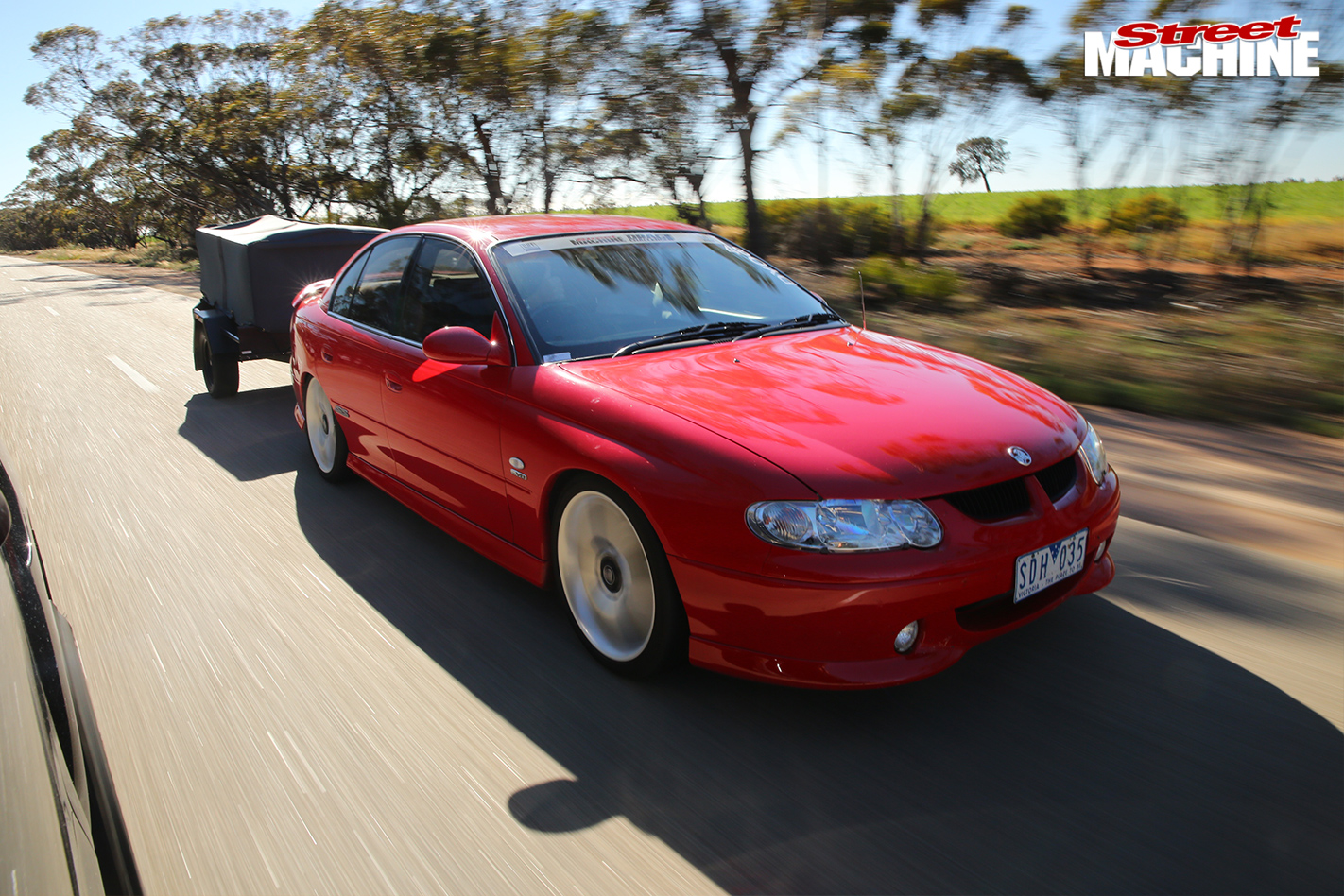 With such mild modifications, the SS wasn’t super quick or fast: its times for the week were scattered between 14.2 (Swan Hill) and 14.7 (Heathcote) – but that doesn’t matter a hoot to the Rossers; they were there to have a great week away with their kids, have fun… and get a feel for the event.

“I think we got 29th in class!” chuckled Michael. “It was our first Drag Challenge and jeez we had fun. The kids loved it, too. 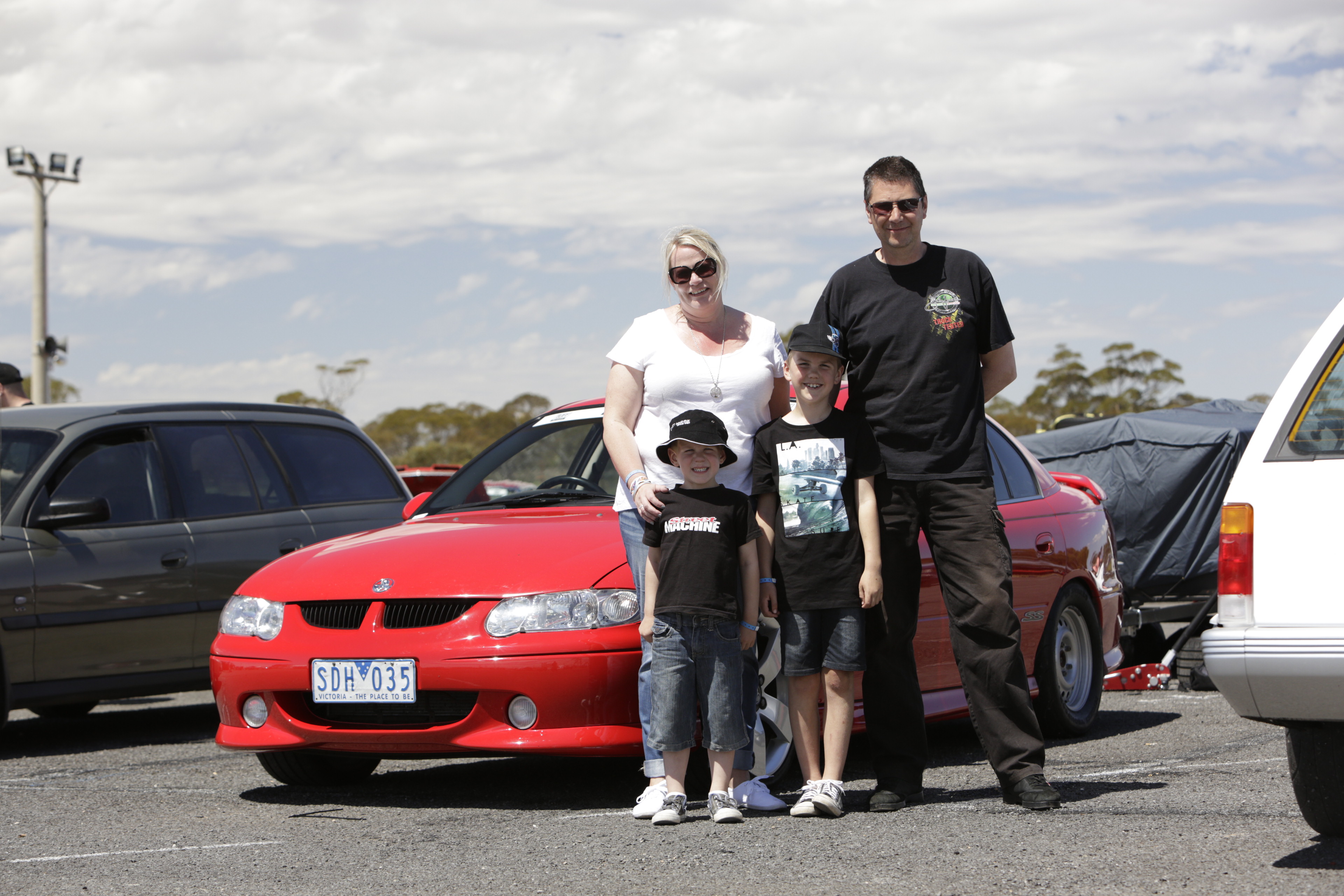 “The best I did was a 14.2 at Swan Hill and I managed to be a little more consistent in the car by the time we got back to Calder.

“For next year, I’m thinking of a set of 3.7 diff gears, some springs, freshening the auto and fitting an exhaust.”